Where Was When Calls the Heart Season 9 Filmed? 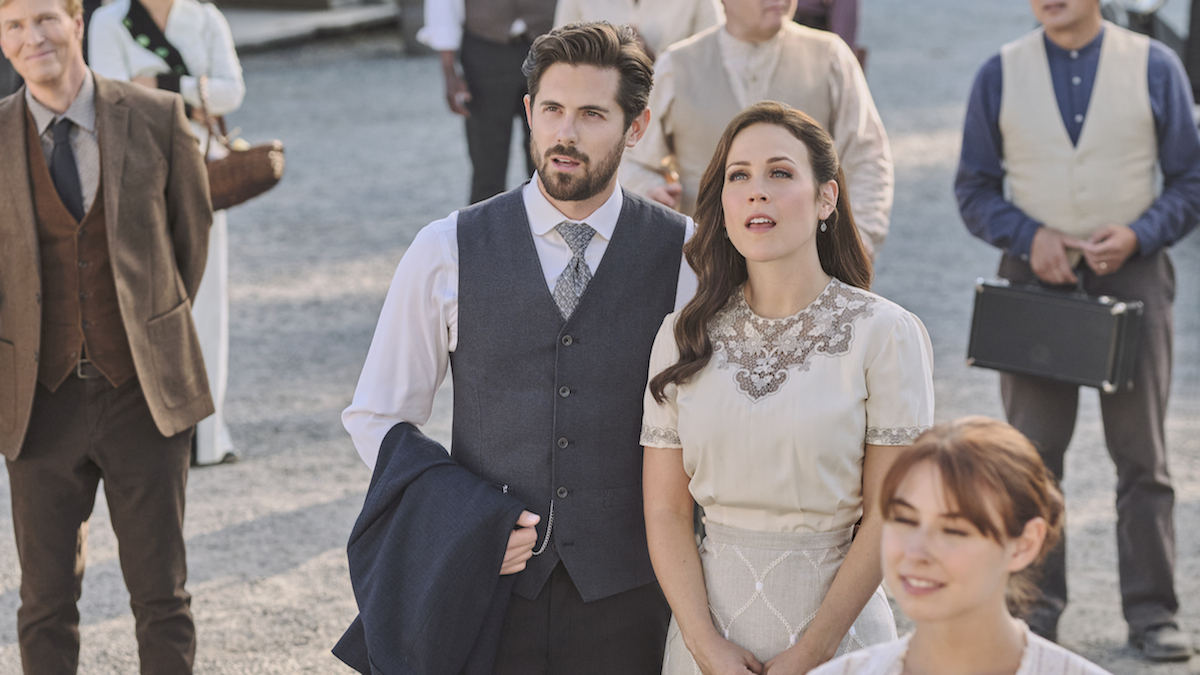 Developed by Michael Landon Jr., ‘When Calls the Heart’ is a family drama series inspired by the eponymous novel by Janette Oke. It revolves around a young teacher named Elizabeth Thatcher (Erin Krakow) and how her life changes dramatically as she migrates to a small town called Hope Valley (first known as Coal Valley) leaving her wealthy family and lifestyle behind. In the process, she makes friends with quite a few like-minded people who help her out as she carves a niche for herself in the tight-knit community.

The drama series is set in the early 20th century in a rural setting that uses vintage imagery and backdrops to depict the time period it is set in. In the ninth season, the series continues to charm viewers with its setting as it complements the heartwarming nature of the storyline. Naturally, fans are curious about the filming locations that feature in season 9. Are you one of them? In that case, we have got you covered!

‘When Calls the Heart’ season 9 was filmed in British Columbia, particularly in and around Langley. Filming was carried out in the same Canadian sites as the rest of the show’s installments. The diversity of landscapes that the province offers makes for a mesmerizing and panoramic visual experience that is perfect for filming a series such as this. British Columbia flaunts sandy beaches, dense forests, snow-capped mountains, and rocky coastlines.

Principal photography for the ninth season reportedly commenced in July 2021 and concluded in the second week of November 2021. If you want a detailed account of the specific locations seen in season 9, here is all the information we have!

A majority of the scenes for ‘When Calls the Heart’ season 9 were shot at the Jamestown Movie Set, located in Langley, British Columbia. The filming set, which doubles up as Hope Valley in the series, is situated on an expansive piece of land called the MacInnes Farms. It is approximately an hour’s drive from the city of Vancouver, making it quite convenient for the cast and crew members to find lodging nearby. Due to the ongoing COVID-19 pandemic, there were some strict restrictions employed for health and safety purposes during the filming of the show’s ninth installment.

A post shared by When Calls The Heart (@wcth_tv)

Erin Krakow, leading star and one of the executive producers of the show, seemed excited and had a few words to say regarding the commencement of the filming and what fans AKA “Hearties” can expect from the new season. She told ET, “We couldn’t be more excited to begin shooting season 9 of ‘When Calls the Heart.’ It’s a wonderful feeling being back on set with the amazing cast and crew. There are a lot more stories to tell this season and thanks to the talented writing staff, there will be more drama, adventure, and romance and we can’t wait for our fans to see what Hope Valley has in store.”

Over the years, MacInnes Farms has become one of the most sought-after shooting locations in British Columbia. It was back in 2005 when the MacInnes’ entered the movie business by allowing the property to be used for the production of ‘Scary Movie 4.’ Ever since then, it has featured in many movies and TV series, including ‘Once Upon a Time,’ and ‘Timeless.’

Read more: Is When Calls the Heart Based on a True Story?