Who is Rosanna Miller on Return to Amish?

‘Return to Amish’ is one of TLC’s most intriguing shows ever, and its wide circle of fans is a testament to its ever-appealing content. The show documents the differences between contemporary lifestyles and the lives of people in Amish communities. As season 6 dropped on the screen, we were introduced to a new cast member, Rosanna Miller. Even though she is an active member of the community, she wants to leave her current life behind.

Rosanna wants to thrive independently without any external influence, and being a part of her tribe means that there is less scope for her to do that. So she decides to seek out life without any prejudice or preconceived notions. But what happens after she leaves? She makes her debut in ‘Return to Amish,’ a reality show portraying her experiences outside the four walls she has known all her life. Here’s everything we know about the rising reality TV star!

Seemingly at the age of eighteen, Rosanna Miller entered ‘Return of Amish’ during the filming of its sixth season. She is originally a native from Pennsylvania brought up in a household deeply invested in the Old Order Amish lifestyle. The show delineates the first time Rosanna moved out of her community in Punxsutawney. 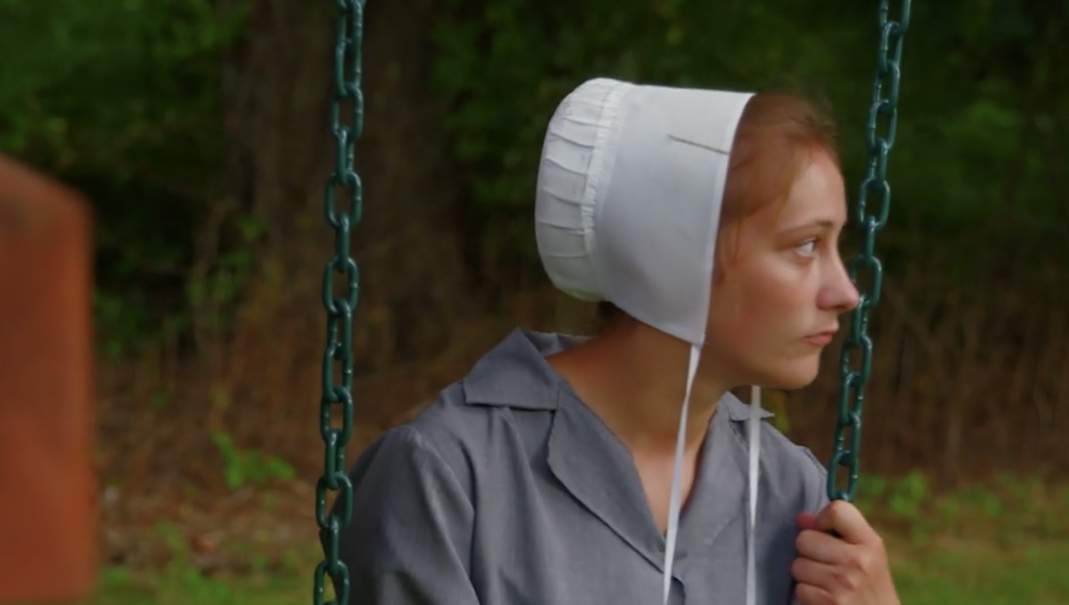 The Amish way of living means distancing yourself from technological advances such as the television and the internet. Hence, Rosanna had to grow up away from the influence of modern-day utilities and gadgets. She had also been kept away from the media until her appearance in the show. Despite that, she has been brought up in a way that tethers her to the latest news and updates about the world. This can be owed to the fact that the Amish people actively read the newspaper.

Rosanna Miller was born in Punxsutawney, Philadelphia, to devout parents who are majorly invested in preserving the ideals of their community. Their devotion naturally drove them to expect Rosanna to be a part of the community. Still, her appearance on the show suggests that she wants more independence and exposure to new experiences. Rosanna wants to live life on her own terms, which is mostly why she left her community.

Although she feels empowered about her decision, Rosanna still has a lot to worry about. Her parents do not emotionally support her because of which she thinks that they might disown her. Nevertheless, along with an Amish friend named Maureen, she moved to Florida, where they now live under the supervision of Ada Byler, Maureen’s grandmother. She is also the cousin of former main cast member Rebecca Schmucker, who appears on all seasons of ‘Breaking Amish’ and 4 seasons of ‘Return to Amish.’

It has been observed that people from the Amish community are hustlers and hard workers. They grow up practicing physical labor and cultivating a general habit of being active. Likewise, Rosanna Miller was also brought up under the same circumstances. However, she does not have much experience, professionally speaking. ‘Return to Amish’ marks her first step into the entertainment industry, which might pave the way for more opportunities ahead. It is also possible for her to pick up a skill or a talent along her journey in Florida, opening up the door to more career-related prospects.

While growing up, Rosanna Miller was not allowed to interact much with the outside world, so she does not appear to have a boyfriend at the moment. But given that she has an outgoing personality, it won’t be surprising if the young woman meets someone in Florida. In one of the instances in the show, she has a tiff with Maureen, who is in a relationship with a boy called Danny. Rosanna does not seem happy about the way things progressed between the pair. While this might also mean that she is not yet open to the idea of dating, we can’t confirm anything as of now.