Who Killed Audrey Trudeau? Where Is Deborah Point Now? 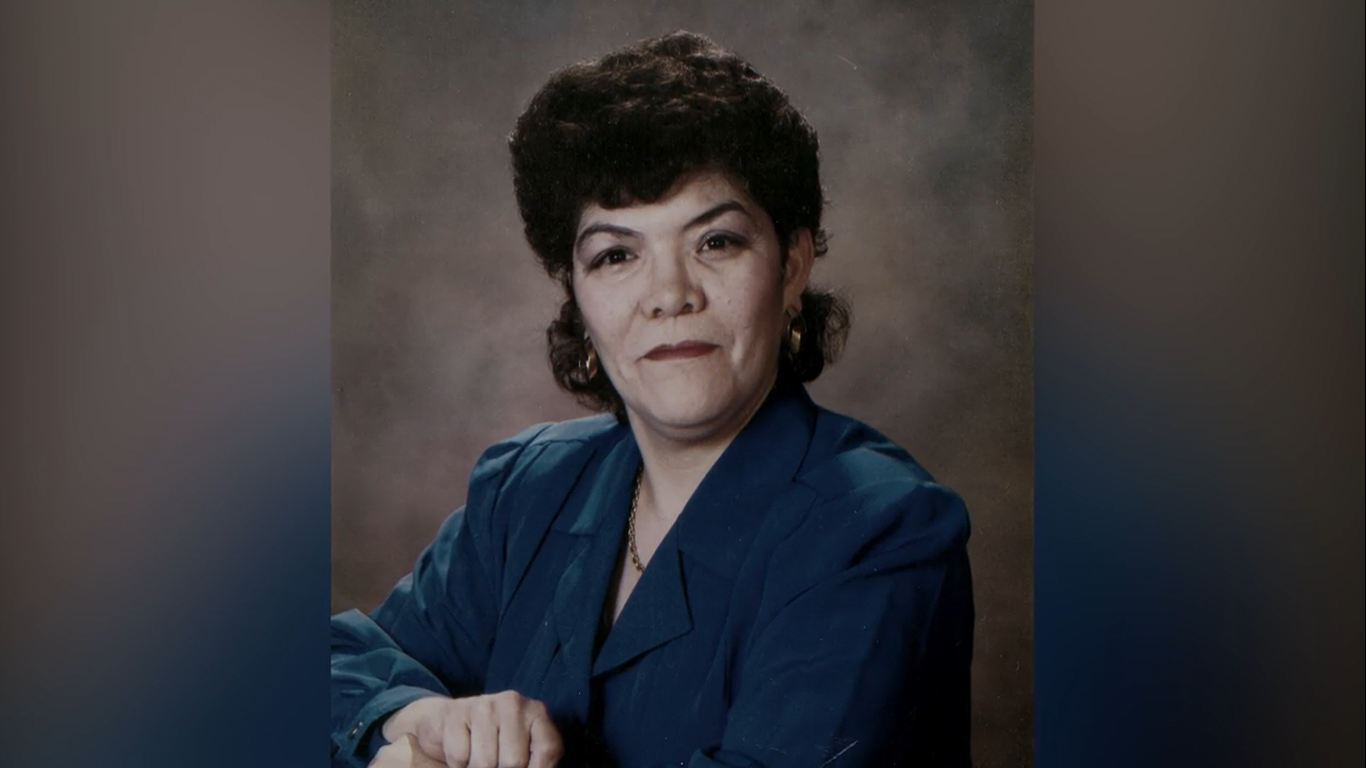 Audrey Trudeau’s grisly murder left the community shocked and baffled as to how any human could be as cruel as her murderer, Deborah Point. Point had been Audrey’s roommate when the incident occurred. She was eventually arrested and convicted. The terrifying tale of the two roommates has been featured on Investigation Discovery’s ‘Fear Thy Roommate’ in an episode titled ‘Boxes and Bloodshed.’ We conducted a little investigation of our own to understand the case better. Here’s what we know.

Audrey Trudeau was popular amongst friends because of her helpful nature. She worked as a physiotherapist at a hospital in Calgary, Alberta. Deborah Point was Audrey’s long-term friend who had recently run into some money troubles. Audrey offered shelter to Point when Point had no place to stay. However, within a short time of Deborah being her roommate, in February 1999, Audrey disappeared.

Her dismembered remains were found wrapped in garbage bags and stuffed in cardboard boxes in a southwest garage five months later, in July 1999. Audrey had been stabbed 15 times in the back of her head with an axe-like weapon, following which her body parts had been detached and stuffed into the cardboard boxes. One of the boxes contained Audrey’s head and torso, while another contained her severed limbs, and a third contained a blood-smothered comforter from her condominium where the police said she had been killed. 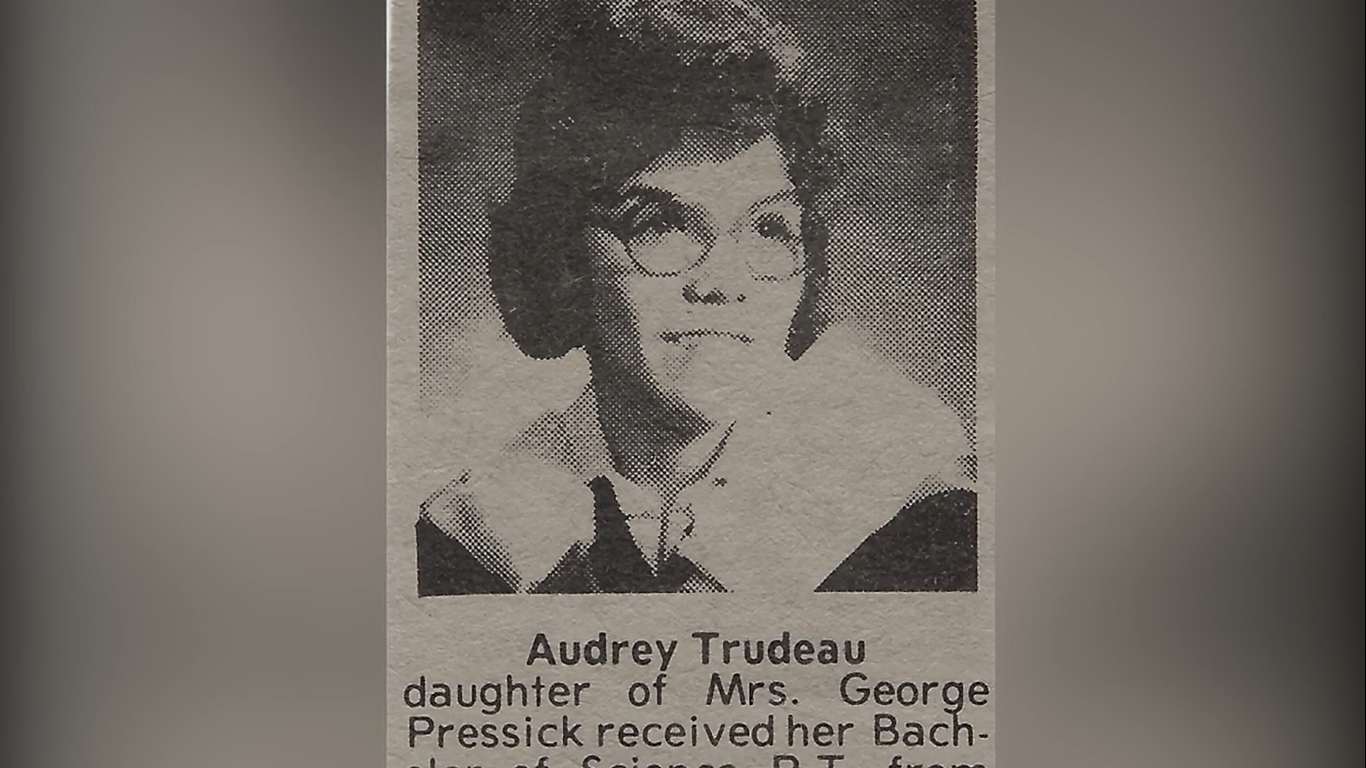 Audrey’s roommate, Deborah Point, was arrested following the discovery of the body and charged with Audrey’s death. With the knowledge of where Audrey was, Point evidently went on with her daily life and lied to Audrey’s friends and family about her whereabouts. Audrey had been last seen alive on February 25, 1999. She had plans of moving to Ontario for a new job the following month. She had reportedly told her friends about her initial plans to take her new roommate, Deborah, with her, but after Audrey discovered that Deborah had allegedly been stealing money from her, Audrey’s feelings towards Deborah changed. It is believed that the two roommates had a confrontation, which led to Deborah killing Audrey.

Where Is Deborah Point Now?

The authorities found around eleven checks made out to Deborah Point written on Audrey Trudeau’s account in the month of her disappearance, but all these checks had been forged. A wide range of tests conducted on these checks helped detect the forgery from the signatures on them. A handwriting and document expert, who conducted the tests, said that the checks had been forged by one and the same person. The checks amounted to a total of around $5,000.

Moreover, testimonies obtained from two tellers from Point’s credit union recognized Point as a regular customer who had sanctioned six of the checks. Deborah eventually confessed to forging the checks during her trial, saying she had done it to partially sustain her severe addiction to video lottery terminals (to which she had lost a significant sum). At one point in the trial, Deborah claimed that she and Audrey had been lovers, but several other witnesses debated her claim.

Throughout her trial, Point maintained an innocent stance as far as the murder was concerned. In 2000, Deborah Point was convicted of the second-degree murder of Audrey Trudeau. She was sentenced to life imprisonment without the possibility of parole for at least 20 years by a judge who called the crime “sadistic.” In 2014, Deborah Point commenced a plea to receive early parole under a faint-hope clause. At the time, the request was received with a burst of rage from the Trudeau family.

“My stomach is in so many knots right now, this has brought it back like it’s yesterday. She can stay in (prison) forever, because Audrey’s never going to get out,” remarked Trudeau’s younger sister, Sheila Chiappetta. In 2016, Point’s lawyer argued before the court that Point had been a model prisoner based on which she deserved early parole. However, the Crown prosecutors said that Point had refused to admit to the murder of Audrey Trudeau.

That aspect discounted a lot of her “achievements” while serving her sentence at the Edmonton Institution for Women in Alberta. Ultimately, Alberta’s Chief Justice turned down the request for a faint-hope hearing, which might have given her an early release. In 2017, she was granted an escorted visit, sparking worries amongst Audrey Trudeau’s family members (who were also present at the hearing) that this might lead to many other such visits. She became eligible to apply for full parole in 2019.