Who is Anthony Blunt in ‘The Crown’? 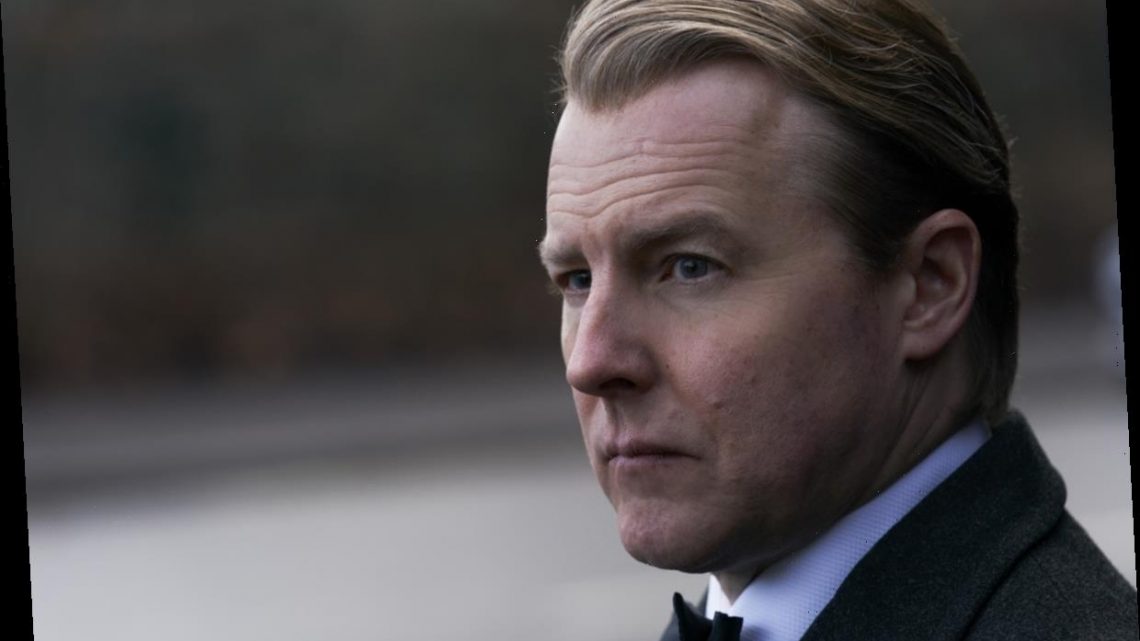 In its first episode, ‘Olding’, ‘The Crown’ gives an account of the time when the Buckingham Palace was infiltrated by the Russian Intelligence. Of course, there is a red herring that even the Queen seems to fall for, but in the end, the revelation hits closer to home. If you haven’t seen the show yet, head over to Netflix. If you are through the first episode, here is the whole account of the elusive spy. SPOILERS AHEAD!

Who Was Anthony Blunt?

Anthony Blunt was a man of many talents. If you take a look at his career, you will find him a distinguished man, in many ways. He received his education at the Marlborough College, where he first came in contact with the world of “secret” affiliations. He became a part of the Society of Amici, though it had nothing to do with spying, and was more about the literary musings of its members.

After this, he secured a scholarship in Trinity College, for mathematics, no less. But he soon switched to Modern Languages, which took him towards art. He graduated from there in 1930, and took to teaching French in Cambridge, not long after. He continued to be a professor and became the director of the Courtauld Institute of Art. He is known to have revolutionised the institute and many credit him with making art a credible course to pursue. Prior to his involvement, it was nothing more than a hobby to indulge in.

Blunt is also known to have an eye for rare talent and brought the-then lesser-known artists to limelight by showcasing their works in various art collections of his. Owing to his exceptional flair for art, he was appointed the Surveyor of King’s Pictures in 1945 and continued to serve the post for the Queen as well. He curated and managed the Royal Collection for about 27 years. He was knighted as the Commander of Royal Victorian Order in 1956 for his contribution to art and other services.

But his work wasn’t the only thing that connected him to the Royal family. He was the third cousin of Queen Mother, which means he could still have access to the royal family, considering how close his relationship was with his cousin. But all of this is just a superficial introduction of him. What makes him truly interesting is his work in the field of espionage.

Was Anthony Blunt a Soviet Spy?

The truth about Blunt’s affiliation with Soviet Intelligence came to light in 1964. He had worked for NKVD and supplied a lot of confidential information over the course of three decades. Despite him being very bright academically, we can’t help but ask: how did he get into this mess, and how the hell did no one catch him for so long? For that, we need to wind back a little- to his time in Cambridge.

Now, Blunt had already exhibited his love for being a part of secret societies back in Marlborough. Naturally, he must have been looking for something similar in Cambridge, too. And this is where the details begin to get a little fuzzy. We know for sure that he was a part of the Cambridge Five group. Apart from him, it consisted of Donald Maclean, Guy Burgess, Kim Philby and John Cairncross.

In fact, Blunt is said to be the founder of this group. He also worked as a “talent spotter” and is said to have recruited the other four members, all of whom find positions for themselves in the highest of places- like diplomats and MI5 agents- in the British establishment. But who recruited Blunt, that’s the question that is up for debate.

With the breaking out of the Second World War in 1939, Blunt joined the Army and even worked for MI5. He is said to have been recruited by the Soviets in the early 30s, which means all the time he served in the war, he was supplying information to his true employers. After he was apprehended, he said that he had been recruited by Guy Burgess when they were in Cambridge. But some believe that it could have been the other way around too. The name of Arnold Deutsch also jumps around when it comes to the identity of the person who got him into this line.

The reasons for his treason never became clear. He said that he had been influenced by the wave of communist beliefs and wanted to work against the fascist regimes, that seemed to have taken hold of various governments in the world. But this excuse doesn’t hold true for too long. Another thing that people believe about him is that he was a homosexual, which was a criminal offence at that time. Interestingly, Guy Burgess, too, was a homosexual, which leads people to believe that Blunt might have been lured into Soviet espionage by Burgess to whom Blunt was attracted.

What Happened to Anthony Blunt? How Did he Die?

After the MI5 came to know about his secret, he confessed. As shown in ‘The Crown’, the Queen had been let in on the secret, and the whole affair was kept away from the public eye. But not forever. In 1979, them-Prime Minister Margaret Thatcher exposed him in the Parliament, and it was all downhill for the spy then.

He was stripped of his knighthood, but that’s not the worst thing. The remaining years of his life continued to be the time of humiliation and horror for him. He was continuously hounded by the journalists who wanted a dig at his story. He lost all his credibility, and the public wasn’t too kind to him either. He is said to have been driven to the thoughts of suicide but didn’t give in to the temptation. He died in 1983, at the age of 75, of a heart attack.