Why Did Gi-hun Dye His Hair Red in Squid Game?

One of the yet-to-be answered questions in ‘Squid Game’ stems from protagonist Seong Gi-hun’s (Jung-jae Lee) actions after discovering that his friend and father figure from the game, Oh Il-nam or No. 001 (Yeong-su Oh), who he thought is dead, is still alive. Furthermore, he is actually the mastermind behind the game itself. Following Il-nam’s actual death, Gi-hun decides to bring drastic changes to his life. After enduring incredible trauma during the game, Gi-hun returns home and discovers that his mother has died. He stops living after that.

A year pass and he receives another Squid Game card. Following the instructions, he reaches an apartment and finds out the horrible truth about Il-nam. This experience seems to infuse him with a new passion for life. He visits a salon to get a haircut and dye his hair red. If you are wondering his reasons for it, we got you covered. SPOILERS AHEAD.

Why Did Gi-hun Dye His Hair Red in Squid Game?

After Gi-hun enters the salon, the employee there observes that his hair has grown out and asks him what he wants to do. He seems to choose the only male hairstyle among the photos in front of him, likely indicating that if there were any other options instead of that one, he would have gone along with it. The randomness of this choice fits Gi-hun’s character perfectly. Even when he didn’t have much, his unconventionality shined through. Gi-hun is a type of rebel who hates the idea of drawing the attention of others but still has the potential to bring the powerful and the corrupted down. In the course of the season, Gi-hun learns that part about himself as he protects those around him, gradually emerging as the team’s leader. 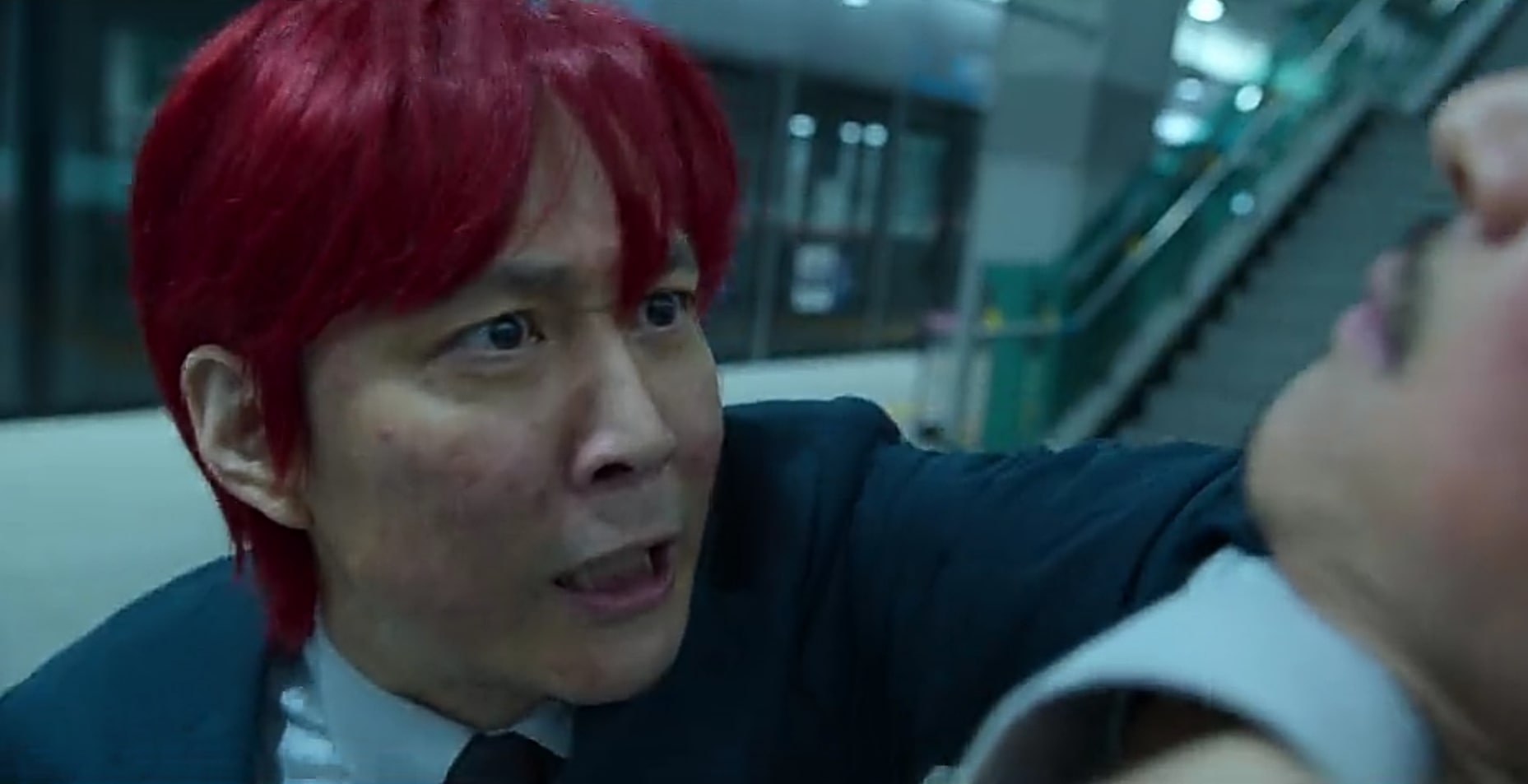 No one except maybe Il-nam thought that Gi-hun could win the game, not even Gi-hun himself. But the victory doesn’t bring his final metamorphosis. After he learns the truth about Il-nam, it seems that a veil has been lifted off his eyes. He realizes that he can’t let his life pass him by. He has responsibilities, including towards the family members of some of his deceased comrades. He gets Cheol, the brother of Kang Sae-byeok, out of the orphanage and leaves him with Cho Sang-woo’s mother, along with half of his winnings, ensuring that their future will be safe.

In Korean culture, the color red represents masculine or yin energy. Perhaps, by dyeing his hair in a brilliant shade of red, Gi-hun wants to demonstrate that he has finally gained some control over his own life. As a result, when he sees the recruiter and realizes that the game will continue, he decides to do something about it. Instead of going to Los Angeles and reuniting with his daughter, he decides to stay in South Korea and put an end to the horrible game.