Why Does Prioress Help Paper Girls? 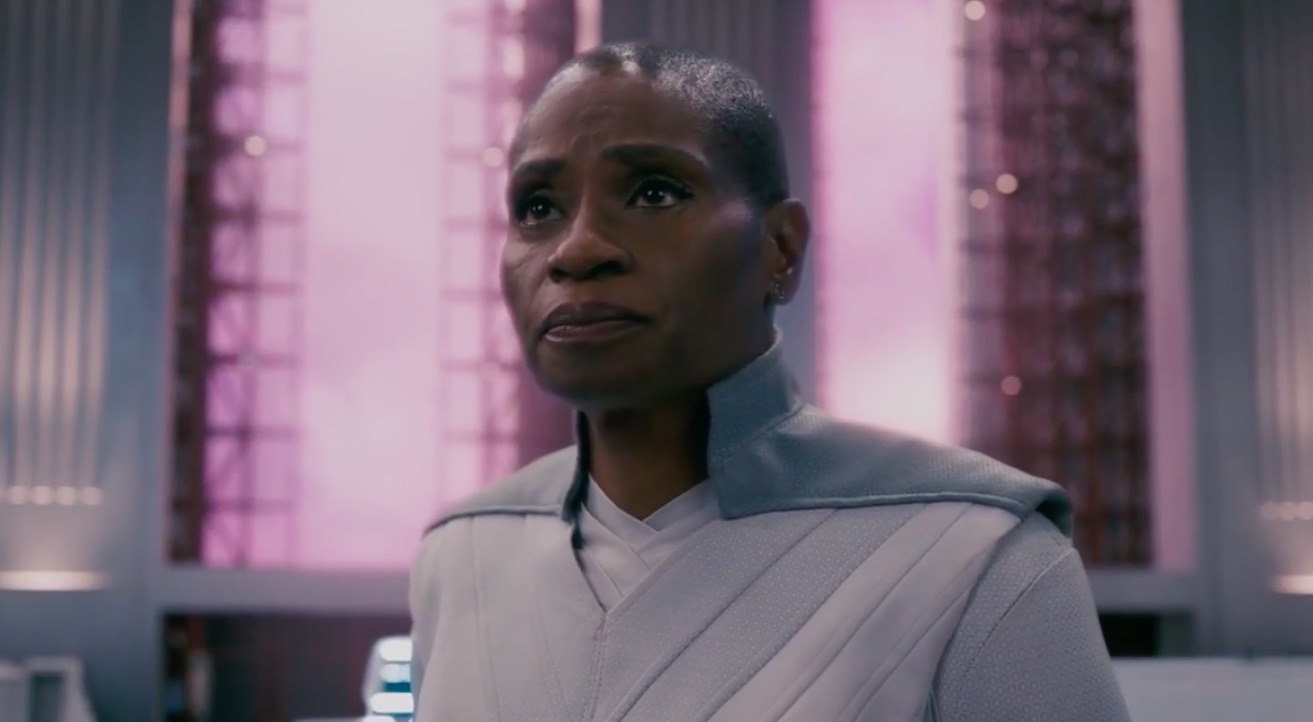 Amazon Prime’s ‘Paper Girls’ is about four twelve-year-old girls who accidentally time travel into the future. They discover the presence of two secret organizations that have been fighting for control over time travel. As the story moves forward and the girls see different versions of themselves, it turns out that they are also an integral part of this war. Despite this, all they want to do is get back home and get on with their lives. Before that, they have to keep themselves alive, especially when a highly trained and ruthless person is chasing them.

Prioress works for the Old Watch and is sent on the mission to retrieve the girls, most likely to kill them because that’s the punishment reserved for time travelers. In the end, however, Prioress flips her mission and saves them instead. Why does she do that? What’s her agenda? Let’s find out.

What Does Prioress Want From Tiffany?

Fighting a war that involves time travel is a very trying task. Things get so muddled up that it becomes impossible to keep track of things. When the war started and when it’s going to end becomes so convoluted that a soldier could lose their mind thinking about it. Something similar happened to Prioress. She tells the paper girls that she’d joined the Old Watch when she was their age, even younger. Because paper girls are twelve, and Prioress looks to be in her late forties, one can assume she has been a part of the war for around four decades.

Forty years is a very long time to be doing the same thing and not getting anywhere. For years, Prioress has been tasked with keeping the timeline right, and the only trouble she’s encountered is from STF members. There is no third player in this game, which is why she wants to take the fight directly to them and end things once and for all. She must have proposed this plan to the Grandfather a number of times, which is why she seems so frustrated with the fact that the Watch is still stuck in the same place as the STF.

It’s like they’re stuck in a loop. STF sends its time travelers and messes up the timeline, and the Watch has to clean up the mess and perform ablution on people over and over again. Because the Grandfather refuses to go on the offensive, the war has reached a stalemate kind of situation where both sides continue to fight without actually going anywhere. In 1999, when Larry and Old Erin die at the hands of a killer robot, Prioress, once again, proposes the idea of actively attacking STF, rather than running after them. Grandfather refuses to do so and that’s what forces Prioress to look for other options.

The opportunity presents itself when she meets paper girls and discovers that one of them is Tiffany Quilkin. In 2019, Tiffany found out that her older version has founded the Quilkin Institute. Before she could find out more about it, she and her companions time traveled to 2019. Later, Prioress tells her more about the institute and Tiffany’s role in the war between the Old Watch and STF.

It turns out that future Tiffany will join the team of Dr. Joan Braunstein, whose discoveries will lead to the formation of STF and start the time travel war. Prioress believes that young Tiffany can convince her older self to change the future. If she tells older Tiffany how messed up the war has become and how many lives it has claimed, perhaps her future self will stop the discoveries or stop the formation of STF, and the war will never have happened in the first place. This is why Prioress decides to help paper girls escape the Old Watch, and she sends them into different timelines.