Wildwonder Drinks Shark Tank Update: Where Are They Now? 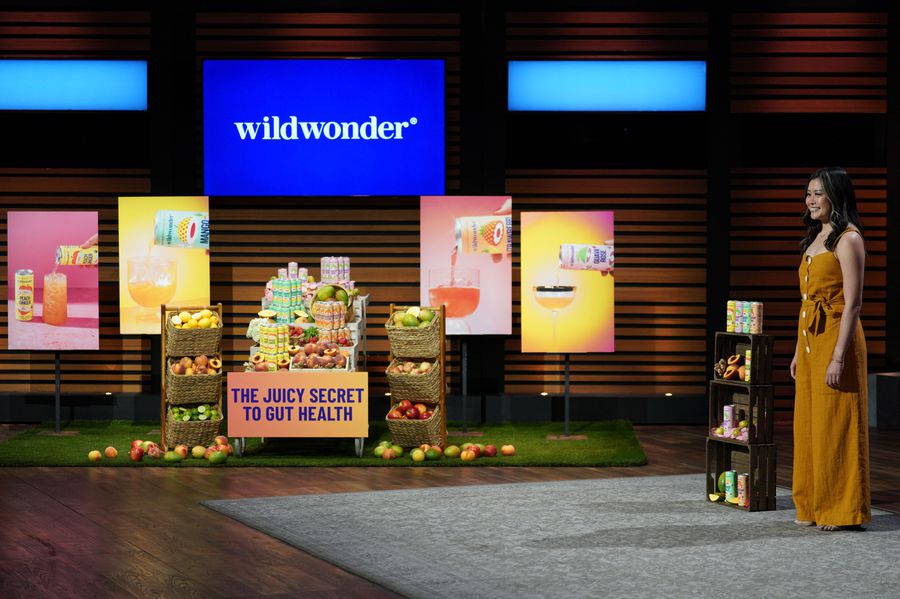 Entrepreneurs with fresh ideas and a drive to achieve success appear on the show to pitch their business or product to industry biggies who, like the razor-sharp instincts of a shark, hone in on the feasibility of a particular idea and its potential to make money. If interested, one or more of the “Sharks” offer an investment deal, and then it’s up to the pitcher to take it, leave it, or negotiate better terms. One such product, as seen on season 14 episode 11 of ‘Shark Tank,’ is Wildwonder, a holistic approach to transforming gut health. Here is everything there is to know about this revolutionary product.

Wildwonder: Who Are They and What Do They Do?

The founder and CEO of Wildwonder, Rosa Li, has always been inspired by her Chinese roots, which takes her back to a time when she was a mere child, and her grandmother used to make healthy and natural herbal tonics for her that acted as natural health remedies for her gut. As an avid fitness and gut health propagator, Rosa felt she needed to share her grandmother’s secret recipes and create a range of probiotic health drinks made from natural ingredients, locally sourced to provide a holistic approach to gut health without the fancy drinks advertised worldwide.

Rosa Li always knew she was meant for something big. She obtained her Bachelor’s Degree in Mathematical Methods in the Social Sciences, Economics, and German from Northwestern University. She went to the prestigious Stanford University Graduate School of Business, where she obtained her MBA degree. She also attended the London School of Economics and Political Science. Creating herbal drinks for gut health and making a business out of them is not new or limited to Wildwonder for Rosa. In 2017, she also established Rosali Tea, a purveyor of artisanal teas from around the globe.

Prior to becoming an entrepreneur, Rosa worked for different companies since 2005, including Goldman Sachs, Merrill Lynch, Morgan Stanley, Warburg Pincus, True and Co, and Pomelo Fashion. Founded in 2018, Wildwonder Sparkling Probiotic Drink is a revolutionary and unique drink that combines the different benefits of prebiotic fibers and live probiotics to support gut health in a holistic manner.

Probiotic drinks have taken over the health drink market, and people have shown tremendous interest in health drinks of this type. However, most such drinks aren’t filled with flavors and elements that make it seem like it’s right out of a Californian produce stand. The need for an effective gut health drink is crucial as the gut microbiome contains almost 70% of the entire body’s immune system. A healthy gut drink would increase and enhance overall gut health by supporting digestion, metabolism, mood, brain functionality, and others.

Where is Wildwonder Today?

Considering the essence of the product, as well as the undeniable dedication of Rosa Ali, determination, and hard work, it’s honestly no surprise Wildwonder is doing incredibly well these days. The company seemingly went on the market in 2018. Despite labor shortages due to COVID-19 and packaging issues, they managed to work through it all with the help of some initial investors. The fact that they have patents pending plays a crucial role in their industry standing as well, particularly as it directly affects how possible competitors can maybe enter the market.

Wildwonder is a 100% vegan, non-GMO, USDA organic brand with over 1 billion probiotics and has 5g of dietary fiber present per serving. The unique strain of probiotics in the drink provides digestive and antioxidant benefits for overall gut health. The prebiotic fiber of the drinks is made from chicory root and Jerusalem artichoke, which again helps digestion. Other herbs, such as turmeric, rose, and ginger, support the immune system. The drinks come in different flavors, including lemons, mangoes, pink guavas, strawberries, peach ginger, and others.

The drinks can be purchased at Fresh Market Stores and Sprouts. Each 14-ounce bottle of the beverage contains less than 35 calories, no natural flavors, no filler, and no refined sugar. Initially the company was called Tea Crush. Since its inception in 2018, the brand has gone beyond the local Silicon Valley offices and is on its way to becoming a national brand. The company has expanded its presence far and wide along the West and East Coast and into the Pacific Northwest regions and the Rocky Mountains.