Will the Oscars Surprise us Again This Year? 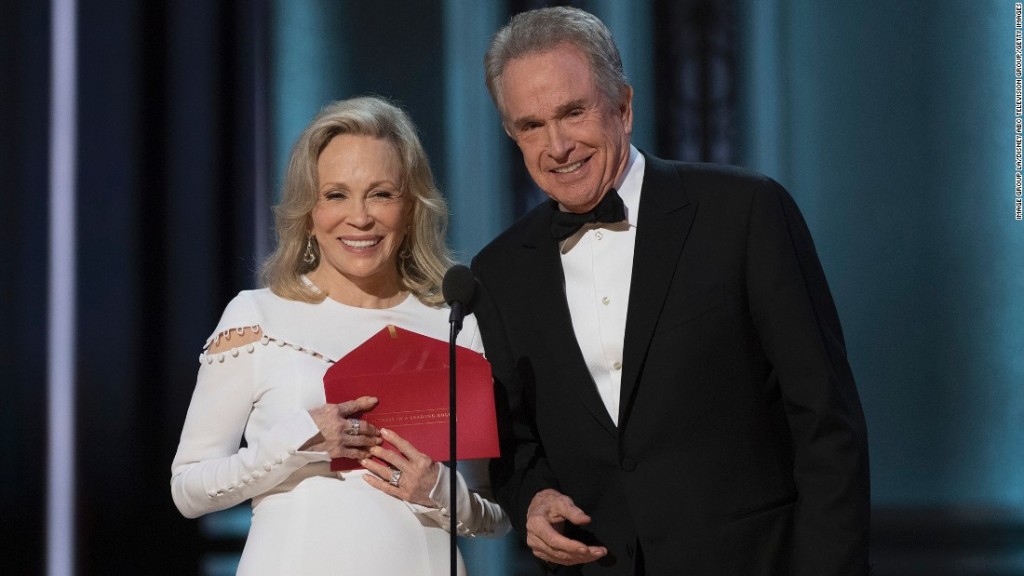 Will we get the shock we did last year, when partway through the acceptance speeches from the producers of La La Land (2016), awarded Best Picture, we learned something had gone terribly wrong and the wrong envelope had been given to the presenters, Warren Beatty and Faye Dunaway. Shown the envelope by the obviously startled Beatty, the actress stepped to the mike and announded La La Land as the Best Picture.

And then slowly the activity on the stage started.

Finally the producer of the film stepped forward and with absolute class conceded that Moonlight (2017) had won Best Film, and an error had taken place.

Will we get a grand show like that? I had nearly gone to bed, but wanted to see what all the fuss on stage was about, you just knew something had taken place. Beatty tried, he looked for help that did not come, and if he made a mistake it was handing the envelope to Dunaway who simply blurted out the first thing she saw. After the error had been righted, Beatty tried to explain what had happened, but the next day, all blame seemed to be being heaped on him, which was totally unfortunate.

Will Beatty and Dunaway be back this year as presenters? Yes, if go by reports. They deserve a second chance, they deserve a chance to get it right, even though it was not their error. Will the mistake be made fun of, count on it. Will it happen again? No chance, they will be so careful it will be insane.

So will it be a surprise free Oscars?

The acting categories seem locked up, which only means there could be a shocker. Sam Rockwell will win supporting actor for Three Billboards Outside Ebbing Missouri, while Allison Janney will win for I, Tonya. Frances McDormand is a strong bet for Best Actress, but this is one category that could see a split and someone else take home the Oscar. Saoirse Ronan could split the vote with McDormand, leaving the path open for the well liked Margot Robbie to win for I, Tonya or the luminous Sally Hawkins for The Shape of Water. Any one of the four would be an excellent choice.

Best Actor could be curious if another name other than Gary Oldman is read aloud. Young Timothee Chalamet won the lions share of critics awards in the beloved film Call Me By Your Name and has been gathering steam as we headed towards awards night. Would it not be coo, and just if the young man won Best Actor for his exquisite performance in the film, besting the sentimental choice, Oldman? Yes, it would. Anyone winning other than Oldman would be great in my opinion. I love Gary Oldman, I do, but not his performance in Churchill.

Best Director seems locked down by Guillermo Del Toro, the gifted Mexican director much loved in the film community, especially now for his fairy tale The Shape of Water. He has won the Directors Guild of America Award as Best Director, the Producers Guild honored the film, how can Oscar not? Well I suspect they will award him, but might not honor the film. SHould they honor Del Toro he will be the third Mexican director in five years to win Best Director following the double win for Alejandro Inarritu for Birdman (2014) and again for The Revenant (2015) and Alfonso Cuaron for his masterful Gravity (2013).

Best Screenplay, Adaptation will be James Ivory, the three-time Best Director nominee, nearly ninety will take home his first Oscar for his beautiful adaptation of Call Me By Your Name. Original Screenplay offers several scenarios, the most likely being Greta Gerwig, also a directing nominee winning for Lady Bird, though Martin McDonagh could win for Three Billboards Over Ebbing Missouri. Gerwig is the most likely choice, and the most deserving of the award I believe.

Will the Best Picture also win Best Director this year? I think so but I will not be sure until that final envelope is opened, and even then I might have my doubts until I read it in the paper the next day. There is a great deal of good will for the war epic Dunkirk, and some believers that Get Out could win a single Oscar, Best Picture, which would be scandalous. IN the end I think, I hope, I think and hope that The Shape of Water wins because it was the best film I saw last year.

As Dylan mournfully wailed, “the times are a-changin'” and like it or not, there is not a thing we can do about it.

Which surprises would make me smile, perhaps even laugh out loud? I would be tickled if Margot Robbie took Best Actress, even more giddy if Chalamet won Best Actor! If The Shape of Water wins for Best Picture, Director, Score, Sound, Production Design and Editing, I will count myself most pleased.

But what if Get Out wins Best Picture? I should better be quite.