10 WWE Superstars Who Starred in Movies 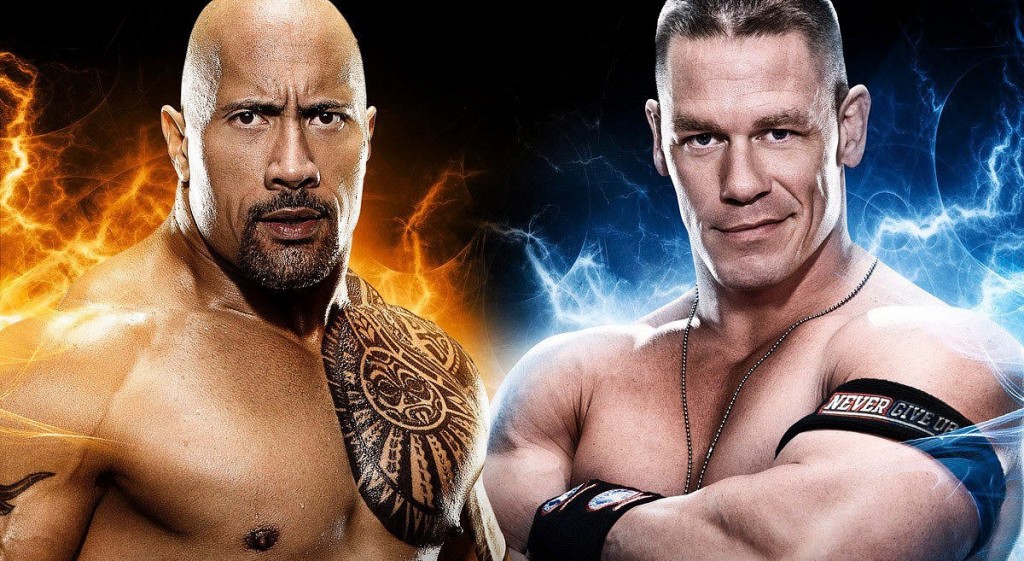 WWE is akin to acting. Both industries are related to entertainment and people associated with these fields make sure audiences derive maximum enjoyment from their act. Acting and wrestling call for an artist/wrestler to enact scenes for the audiences. While a film takes a long time to release on the big screen, wrestling, where stars stage their fights, requires a wrestler to perform live!

Professional wrestling is one of those entertainment-related sports, where wrestlers are revered like film celebs are. Youngsters idolize these professionals and do whatever it takes to see their stars in action. Many wrestlers have turned to the big screen in the recent past to try their luck in the acting industry; where some had to bite the dust, while a few continue to rule the screens. Here’s a look at the list of WWE stars who have appeared in movies and entertained us with their performances.

Better known as Shawn Michaels, he was regarded as one of the finest professional wrestlers of the 90s and his dramatic Sweet Chin Music was one special move, the spectators waited eagerly to witness. The four-time world champion, Shawn Michaels retired from the ring in 1998 and started his own academy, where he trained young boys to be professional wrestlers. His film career began rather too late – in January 2017 – when moviegoers recognized him as Douglas in the comedy movie ‘The Resurrection Of Gavin Stone’. However, the film received some not-so-positive reviews.

Randy Poffo, who later named himself Randy Savage, popularly came to be known as The Macho Man while his time in the federation. One of the industry’s top performers, Randy Savage was easily recognized by his flashy attire, which he donned for the ring every time he made an appearance and his deep raspy voice, which he used to his advantage for roles in films. Randy Savage, who passed away in 2011 due to cardiac arrest, made memorable appearances in films like ‘Ready To Rumble’ in 2000 and ‘Spider-Man’ in 2002. He also did a voice-over for Thug in the animated film ‘Bolt’.

He was a former member of the US Navy, the former Governor of Minnesota and a former professional wrestler, who was better known as The Body in his wrestling career. Jesse Ventura, probably one of the firsts to get into the ring (as early as 1975) had a long association with the federation and a fruitful one at that. Jesse went on to sign movies, one of which was the memorable ‘Predator’, where he was seen playing Blain Cooper, the cocky mercenary, who chewed tobacco and dropped swear words at every given opportunity.

Popularly known by his ring name Batista, this six-time world champion entered Hollywood in 2006 with the film ‘Relative Strangers’, in which he had a blink-and-you-miss role. Since then, Batista has made several appearances in movies, including ‘The Man With The Iron Fists’, ‘Spectre’, ‘Blade Runner 2049’ and ‘Wrong Side Of Town’, with fellow wrestler Rob Van Dam. Batista currently plays Drax in ‘Guardians Of The Galaxy’, and has become an inseparable part of the Marvel Universe.

This wrestling star, who made his debut in the ring in the early 90s, came to be known as Stone Cold and offered his rivals the Stunner in every possible match. Steve Austin, who bid adieu to the sport way too early (making special appearances in some matches), worked in a number of movies, a few of which had him playing himself. A hulk of a man that he is, Austin is mostly signed on for action movies, which he enjoys doing.

One of the coolest wrestlers of all time, known as Diesel in his early years as a professional, Kevin Nash was instrumental in co-founding New World Order – nWo – along with Scott Hall and Hulk Hogan. Kevin Nash made several appearances in movies post his semi-retirement from wrestling, the first one being ‘Teenage Mutant Ninja Turtles II’ in 1991. He went on to appear in ‘The Punisher’ and a host of other action films but his most recognizable role first came in 2005 in ‘The Longest Yard’ followed by 2012 comedy film ‘Magic Mike’ starring Channing Tatum and Matthew McConaughey.

This professional wrestler, who has now hung his boots, was one of the dapper wrestling stars that girls cheered for the most. Dubbed The Megaman in his wrestling stints, Nathan Jones appeared in the ring in the early 2000s and later turned to the big screen to give a shot to acting. One of his most memorable roles was in the film ‘Troy’, where he was seen fighting it out with Brad Pitt. He also appeared in ‘Mad Max: Fury Road’ in 2015. Breaking the language barrier, Nathan Jones also made an appeared in a Tamil film titled ‘Bhooloham’ in 2015 and was recently seen as Raka in Tiger Shroff’s ‘A Flying Jatt’ too.

Does the name ring a bell? We’re sure it doesn’t, because we don’t know the greatest-wrestler-of-all-time by this name either! Hulk Hogan might make you shout out loud in excitement! This professional wrestler, who every 90s kid has idolized, began his wrestling career in the mid-80s. Easily recognized by his signature moustache, toned muscles and his colorful bandannas, Hulk Hogan garnered popularity the world over instantly. He also went on to star in movies, the best among which is ‘Rocky III’, where he was pitted against Sly Stallone.

This professional wrestler, who is one of the most loved sportspersons in the world, has a huge fan base in the wrestling arena and outside it too! In his entire wrestling career, John Cena has won close to 25 championships and continues to win hearts too. He stepped into the acting world in 2006 with ‘The Marine’, which was a smash hit. He then went on to do a string of films, all of which fared well at the box office, making him one of the most popular professional wrestlers to make it big on the screen. His rap song You can’t see me became quite a rage; and now with his upcoming film ‘Ferdinand’, you still can’t see him, for John Cena will only be the voice-over artist of the bull!

One chance role in ‘Beyond The Mat’ in 1999 landed this professional wrestler a role in ‘Longshot’ the following year and that was when Dwayne Johnson’s acting career had fully bloomed. He was seen in movies with central roles, long before we could even smell what The Rock was cooking! From ‘The Scorpion King’ to ‘Hercules’ and ‘Fast And Furious’ series to ‘Moana’, Dwayne Johnson had become one of Hollywood’s blue-eyed (and bald) boys and also the world’s highest paid actor in 2016! Directors wanting macho actors turned to him for roles tailor-made for him and the professional wrestler of 8 years took them up and surprisingly, The Rock continues to rule the roost.