Netflix’s ‘Young Wallander’ traces the roots of the famous Swedish detective and serves his origin story to the audience. Instead of sticking to the original timeline of the novels, it brings Wallander to the present world and weaves the story around the current socio-political climate where the protagonist has to battle all sorts of challenges. By the end, the optimistic police officer is forced to accept the way things work in real life. If you haven’t seen the show yet, head over to Netflix. SPOILERS AHEAD

Kurt Wallander is a beat cop who is impatient to rise up the ladder, become a detective, and solve crimes. His wish comes true when a gruesome crime happens in his own backyard. A teenager is killed when a grenade in his mouth explodes. This event is followed by several upheavals in the town of Malmo, and no matter what thread Wallander follows, he always ends up at Munck, one of the richest and most influential families in Sweden. 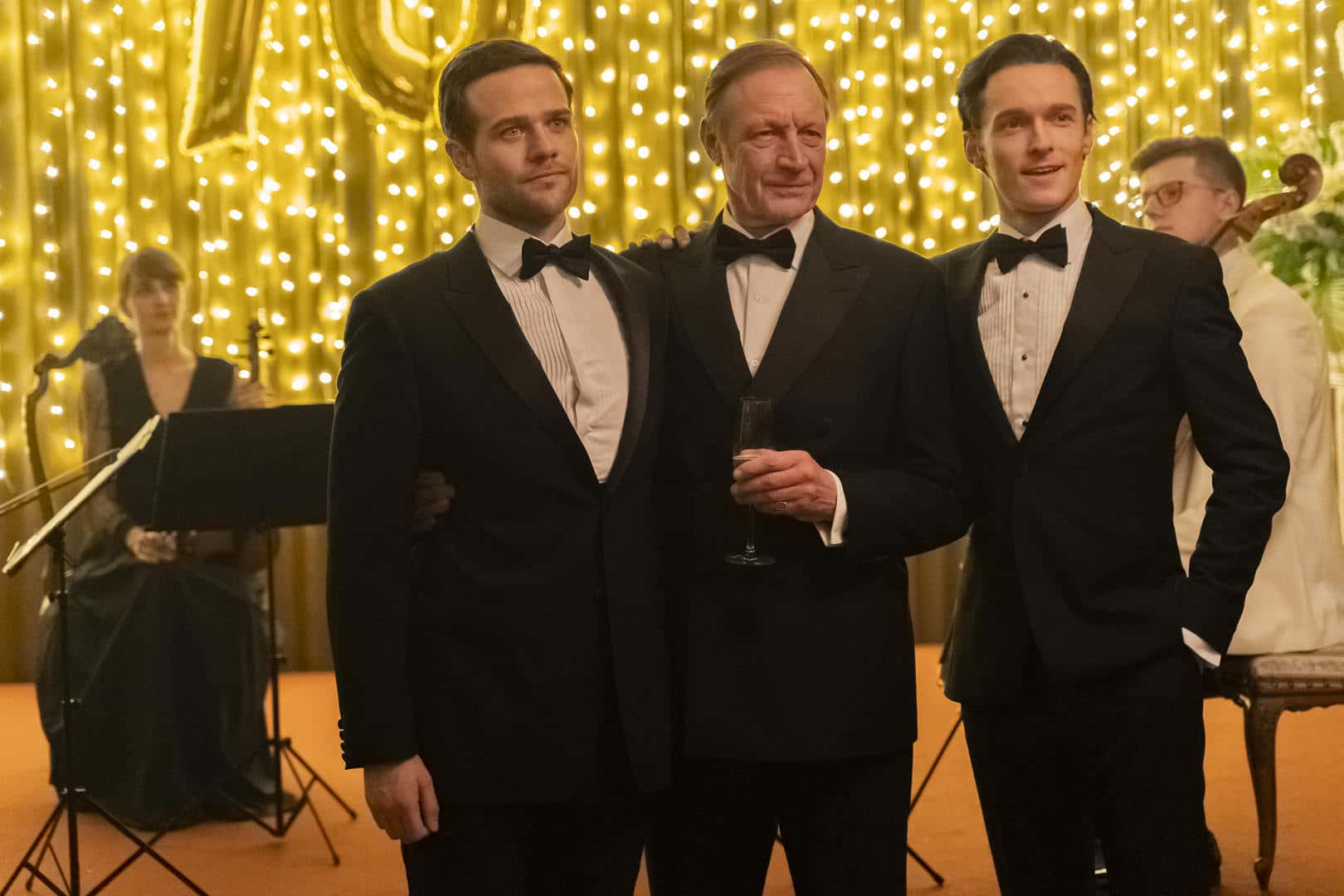 Kurt Wallander’s first case takes a lot of twists and turns as the investigation proceeds. Hugo’s death looks like a hate crime in the beginning, and Wallander gets involved with it because he wants to clear Ibra’s name, his next-door neighbor, who becomes the first and only suspect for his superiors. Soon, however, he discovers that the murder is not about what it looks like on the surface. Here’s what it really means.

Karl-Axel Munck is the first-born of Leopold Munck, one of the wealthiest and most influential men in Sweden. Their family follows a rule according to which the wealth of the father goes entirely to his first-born son, much like it happened in the time of the kings. Karl-Axel grew up with the belief that his father’s empire is his to have. However, that did not stop him from turning into a psychopath. When he was at boarding school, he brutally tortured a younger boy, following which he had to be brought back home. His tendencies would have only gotten worse with age, though no one gets a whiff of anything because his father has enough money to slip everything under the rug.

While Leopold Munck did everything in his power to protect his son, he also knew that Karl-Axel is not his worthy successor. In comparison to him, Gustav has shown more diligence and compassion, especially with his work with the immigrants. When a disease puts a deadline on his days, he decides to do the right thing. He changes the will, after getting the rule ratified, and leaves everything to Gustav. This, of course, does not sit well with Karl-Axel, who is not just to lose a multi-billion dollar worth of inheritance, but is also shown that he is not better than his younger brother.

To prove to his father that Gustav is undeserving of this praise, he decides to malign his name. He tricks Zemar, an illegal immigrant, into working for him. The target becomes Hugo, an unsuspecting teenager whom Karl-Axel had met at a club called The Cube. Hugo was chosen because he was easy prey, but before testing his creative killing methods on him, Karl-Axel experiments on a dog that belongs to Hugo’s best friend, Isak.

Following Hugo’s death, Karl-Axel ignites anti-immigration sentiments and leads to the rally that eventually turns fatal for Wallander and his friend. Because Gustav speaks out in the favour of the immigrants and against the violence, his public image is tarnished and the shares of his company dip significantly. Despite all this, Leopold doesn’t think bad of him. If anything, he appreciates his mettle to strive against all odds. Eventually, it becomes clear to Karl-Axel that the only way he can get back his birthright is if Gustav dies.

After the story about the boarding school comes to light, Wallander realizes that he had been wrongly pointing the finger at Gustav. All this while, he had been the target and Karl-Axel was the one manipulating the events. It also becomes clear that the death threats to Gustav were coming from Karl-Axel’s people, and that there is an imminent danger to his life. Through Bash, Wallander discovers that Karl-Axel has made a deal with Dodo, who will provide him with enough C-4 to do the job. The plan is to kill Gustav in a well-timed explosion. The question is where to do that.

At first, Wallander believes the new shelter that Mona has been working on will be the target. But it turns out to be a red herring, especially after he discovers that Gustav is not going to be there. He is at the dock visiting a Munck shipping site. Wallander and Hemberg rush to the docks to find Gustav and save his life, but in doing so, Hemberg dies. Karl-Axel is brought in for questioning, but in the lack of any evidence, he is allowed to walk away.

The fact that they had pinned down the perpetrator but could not prove his guilt makes Wallander thinks twice about his line of work. What is the point of solving crimes and fighting for justice if he can’t even ensure that justice will prevail? Everyone knows that Karl-Axel is responsible for the attack on Gustav and the death of Hemberg, but there is nothing that they can do about it. This frustration leads him to give up the job. He quits and reunites with Mona, who as it turns out, is not leaving to explore the big, bad world after all. As planned, Gustav inherits the Munck family fortune. Karl-Axel’s freedom proves that he is still in a position of power, and it also makes us wonder if he will try again to kill his brother.

Whatever the outcome might be, Wallander has left behind that life. He is ready to begin a new chapter where he doesn’t have to battle the burden of saving people and solving crimes. He is content in his life with Mona. Or so, it seems. Though the finale doesn’t give us a hint as to how Wallander would find his way back to the force, the fact that it is his origin story shows that there is a lot left to be told here.