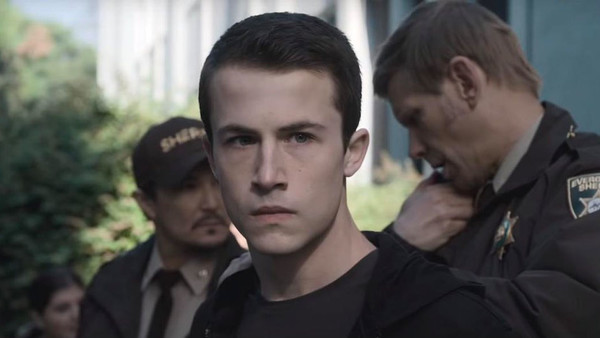 ’13 Reasons Why’ Season 3 has just arrived on Netflix and the popular show is taking the story in a very different direction. The first season was concerned with the people who were directly or indirectly responsible for Hannah Baker’s suicide, while the second season was all about the trial when Hannah’s parents sued Liberty High, that is, the school, for negligence. I have always maintained that ’13 Reasons Why’ is an extremely smartly crafted show and over the two seasons, the series manages to provide us with multiple perspectives of Hannah’s suicide that rocked the small community.

While Season 1 was purely from Hannah’s point of view and documented the reactions of those on her tapes, Season 2 told the story from the perspective of those testifying in the trial, be it for the school or Hannah’s parents. We got to know all kinds of secrets, some of which showed that Hannah was not as perfect as we made her out to be. Some secrets were so monstrous that it made our blood boil with rage.

It was specifically pertinent to Bryce Walker, Liberty’s star athlete, the rich kid who walked around with a sense of entitlement. It was made clear in the past season that Bryce had a history of raping unconscious school girls. Things came to a head and Bryce was forced to leave Liberty and transfer to Hillcrest. Season 2 ended on the somber note of Tyler, the quiet photographer in the school, deciding to stand up to his bullies by showing up armed to the teeth, with a plan to execute a shootout during the ‘Spring Fling’. This is where ’13 Reasons Why’ Season 3 Episode 1 picks up.

Episode 1 of ’13 Reasons Why’ jumps right into the story and splits the narrative into two timelines. We are told about events as they played out after Clay Jensen confronted Tyler at the Spring Fling and was able to avert the shootout. These events are shown to have happened eight months back. Currently, we are told about the disappearance of Bryce Walker. Season 3 also gives us a new narrator in the form of a new girl who joins the school. Her name is Ani and she is portrayed as someone who is not shy to say what is on her mind. As a newcomer, her take on the entire matter is refreshing and we see her befriend some of our favorite characters including Jessica, Justin, and Clay. She also seems to be on good terms with Bryce. Since Ani’s mother works for the Walker family, taking care of Bryce’s grandfather, Ani comes in contact with him.

Meanwhile, in the present day, Clay is picked up by the cops and everyone believes it is about Tyler’s averted shootout. Tony, Justin, and Ani try to handle the situation and everyone at Liberty seems to be on edge with the secret. We get to know how Clay and Tony worked to keep Tyler out of the cops’ radar. They also form a human shield around Tyler, trying to prevent any such future outbursts instead of actually getting him help.

Apart from Tyler’s secret, there appears to have been a massive fight between Hillcrest and Liberty’s students, which was instigated by Jessica. Everyone seems to be tangled up in the aftermath of this homecoming brawl, which will be something that unfurls in the future episodes. Notably, Bryce was last seen during the fight. Not a lot of students seem to be concerned about Bryce’s disappearance, believing he will turn up eventually. Only his mother seems to suspect something is afoot since plenty of people have reasons to hate Bryce. Towards the end of Episode 1, we catch a glimpse of all the people who are likely to be harboring secrets, while Monty, Bryce’s friend, is picked up for questioning.

’13 Reasons Why’ Season 3 Episode 1 makes it immediately clear that the series is headed in a different direction. It is a classic whodunnit. We know from the trailers that Bryce dies in this season. In Hannah’s suicide, it was pertinent that we find out the causes that led to her death. In Bryce’s case, there are plenty of causes and people holding grudges. Thus, it will be difficult to narrow down the pool to determine who actually might have killed him. We see that Clay shared some animosity over texts with Bryce. Meanwhile, Zach tries calling him in secret. Even Tyler seems to have a secret connection with Bryce, who left him a voice message saying he was dealing with things. As for Ani, her narration seems to come from a possible police interrogation room. She promises she knows everyone’s secrets and wants to make them clear. However, it is unknown for now if she harbors secrets of her own.

Overall, ’13 Reasons Why’ is off to a strong start, establishing where all of our characters are after last season. Splitting the timeline into two also allows the show to explore both the aftermath of Tyler’s actions and that of Bryce’s disappearance. Since Bryce is no longer a part of Liberty, it is necessary for Ani to serve as the link between the two. That being said, Hannah Baker has been an integral part of the show, and it seems strange not to see her appear in flashbacks or as a part of Clay’s imagination. Perhaps, people at Liberty High are moving on from Hannah’s suicide, but they might be headed to something much darker.