What if judgment day is nearer than humankind thought? What Roland Emmerich’s ‘2012’ attempts to do is to visually re-enact the Biblical apocalypse in all its visceral grandeur, and as cities and countries are overtaken by catastrophic natural forces, the epic scale of the grand narrative is revealed, albeit with a degree of American supremacy. Due to a solar disturbance of a massive scale, the Earth faces the imminent threat of a cataclysmic event, and a sort of social Darwinism is acted out.

The disaster film builds many characters, only to kill them in the wake of the doomsday events, but Chiwetel Ejiofor (Adrian the geologist), John Cusack (Jackson the sci-fi writer), and Thandie Newton (the President’s daughter), some of the highlights of the cast, remain to write the future of civilization. If the film has baffled you to the end, and we believe it should, we have your back. SPOILERS AHEAD.

The ancient prophecies of the Mayans have a date for the ending of the world. It happens to be in the year 2012. A cataclysmic event in the solar body is heating Earth’s core, and it happens only once in 640,000 years. There are earthquakes of small magnitude and other natural disturbances, and the media is worried. The film begins with a worried geologist from America, Adrian Helmsley, who gets to know from the Indian astrophysicist, Satnam Tsurutani, about the collapse.

Helmsley hurries back to Washington to show his findings to the Chief of Staff, Carl Anheuser, who understands the gravity of the situation and takes Adrian to the President. The President, Thomas Wilson, is a man of ideas and experience, and he sets a policy action in motion. The governments of the leading countries in the world have known about the catastrophe, and they have been preparing for the moment for several months.

Two years ago, in the G8 Summit in British Columbia, China, along with the G8 countries, agreed to build nine arks (and not spaceships) to face the apocalypse, and each craft would have the capacity of a hundred thousand people. In the Tibetan territory of China, a large manufacturing hub and port are being constructed, and a local boy named Tenzin joins the arc. Back in America, sci-fi author Jackson Curtis (Cusack) does not lead the most perfect life.

His book has sold only about 500 copies, his marriage has ended in a divorce, his wife has custody of his children, and he works as a chauffeur of a wealthy Russian named Yuri Karpov. Jackson’s ex-wife Kate lives with her boyfriend, Gordon Silberman, and the two children, Noah and Lilly. Jackson takes the children on a camping trip to the Yellowstone National Park, where he discovers a lake that has been turned into a volcanic bog.

He is taken to Adrian, the geologist who happens to be a fan of his book, ‘Farewell Atlantis.’ After taking his leave, he comes across Charlie Frost, a conspiracy theorist and a radio show host with relevant information on the apocalypse. Jackson is terrified to see the truth in Charlie’s claim, and he takes the children back to Kate. Yuri gets the notification of boarding the ark, and at his order, Jackson goes to escort his children, Oleg and Alec, to safety.

But Los Angeles is crumbling down, and they must hurry their way towards the aircraft that will take them to the ark. It’s a good day for the apocalypse, and while the world breaks down under them, the aircraft heads to the mythical Cho Ming valley, where the ark is prepared to commence its journey. Will the world be annihilated, then? Will the lands be taken over by the seas? It certainly feels so.

If you have lived till now, you know that 2012 was quite an ordinary year compared to 2020. I am, however, talking about the film, which sets the date of the apocalypse as December 21, 2012, following Nostradamus’ and the Mayan calendar’s claims. In the narrative of the film, Charlie is the first one to claim that the world will end on a specific date, and the rest of the film works to reinstate the claim.

There have been speculations about the ending of the world in 1998, the millennium, and 2012. ‘2012,’ the film, attempts to build its narrative on the premise of the world’s ending declared by conspiracy theorists, whose rumors instilled great paranoia in some people at the end of the first decade of the century. Coupled with actual global warming incidents and human exploitation of nature (like the shrinking of the Aral Sea), these rumors stroke an ominous chord for many. 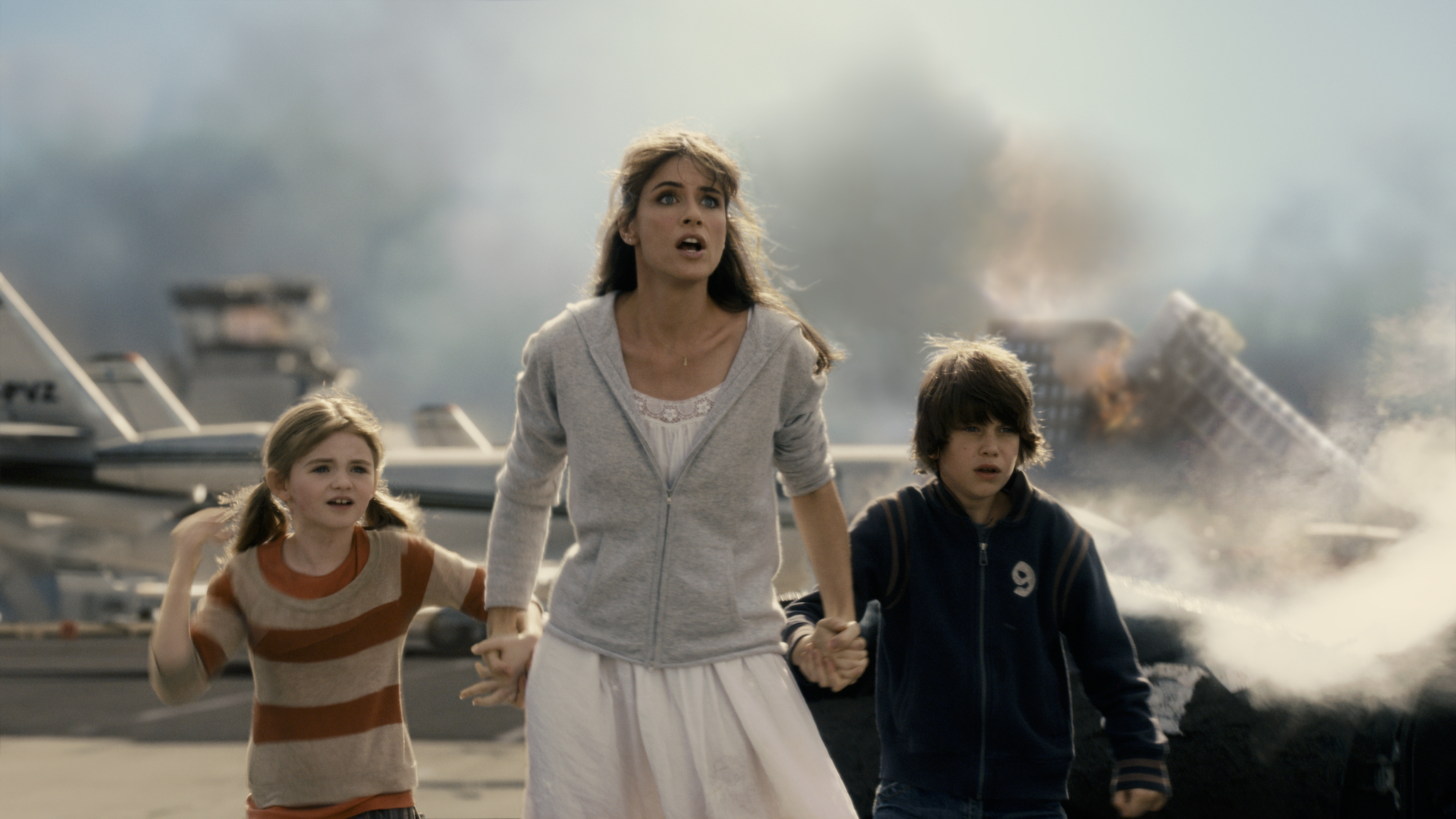 People created doomsday bunkers and gathered food supplies for the supposedly imminent apocalypse. However, when we talk about the cinematic universe of the film, it manages to avert the possibility of a complete collapse of human civilization in the final moments of exposition. From the beginning, the film sees through an essentially anthropomorphic and particularly Christian lens in its modern-day retelling of the story of Noah’s Ark. In that regard, it remains hopeful till the end.

The hope is embodied in the figure of the optimistic writer Jackson Curtis and the righteous scientist Adrian Helmsley, and in the end, it seems that humanity has survived the cathartic catastrophe. However, there are class divides apparent amongst the global populace, and not everyone has the same fate. Satnam, the astrophysicist who first blew the whistle, is not saved. As the mega-tsunami floods the entire subcontinental plateau, we see Satnam embracing death. The latent message is one professed by social Darwinism, that the survival of the fittest presupposes certain political, social, and economic positions.

What Happened to the Earth?

Throughout the film, the audience has seen massive volcanic eruptions, seismic shifts, and skyrocketing waves taking down iconic cities. In a climactic scene, the ark hits Mount Everest, but the people within it are saved by God’s grace. Asia and America, as we know them, submerge in water, and Mount Everest is no longer the highest peak in the world. However, in a final moment of discovery, Africa is the only continent that has survived the apocalypse, and the Drakensberg Mountains near the Cape of Good Hope is the new highest point of the world.

However, there is a goof here. The scientist tells the team that the mountain is situated in Kwazulu, Nepal, while the screen shows a location in southern Africa. We all know that Nepal is in Asia. Leaving this minor glitch aside, it seems that humanity lives to see another day. The ark takes up speed as it moves towards the Cape of Good Hope. While the world is not inhabitable per se, much of the world’s population has died, and it remains unsure whether the ark people will be welcomed in Africa. However, the film manages to reinstate faith in humanity in the final moments.

Towards the end of the narrative, the ark is headed towards the Himalayas, while there is a major malfunction in the craft. The hydraulic gate is jammed, which allows water to flow into the vehicle. Jackson and the crew have submerged in water, but in a terrible feat of achievement (it’s not his first one), Jackson manages to pull the obstruction and close the gates. At the same time, the ark hits Mount Everest, and while the impact is supposed to destroy the ship, it’s a miracle, and they are saved. While Gordon convincingly dies in the trap, the catastrophe brings Jackson and Kate closer.