Stimulating. Intense. Compelling. The below list of films in spite of being all these and much more, typically get lost in the midst of hoopla and commerce surrounding ‘big budget blockbusters’. But as they say, good things comes in small packages, also holds true for these pieces of marvel.

Shame is story of a nymphomaniac, whose guarded life immersed in sex, pornography, and masturbation gets disrupted when his carefree sister barges into his life unannounced. For those who dont know, nymphomaniac is someone obsessed with sex. Before you start making lewd conjectures on why I liked this movie, let me tell you Shame is not about sex. For that matter it could have been about any addiction. Though, what clearly resonates all along in Shame is a guy’s innermost conflicts mostly emanating out of his struggles to maintain relationships, his averseness to affection and above all his self-destructiveness. How often we try to masquerade our own inner fears and weaknesses under the veil of addiction ? Shame deals with that. Shame is also a phenomenal achievement in film-making. A daring take on an atypical but prevalent subject matter with an incredible finesse. Be it the haunting music or beautiful cinematography or brave direction. Everything pitch perfect. Though highest regard must go to Michael Fassbender for giving, possibly the finest male performance of 2011.

Don’t get misled by the movie’s title into believing anything that belittles the movie itself. Not by any means a misnomer, the title holds higher significance than what first meets the eye. Fish Tank deals with the trysts & tribulations of a 15 year old rebellious girl Mia, living in a downtrodden neighborhood of London and what transpires when she starts getting attracted towards her mother’s new boyfriend. As realistic as a film can get, most of scenes have been shot on hand held camera. Once you start watching the film, and have let go your initial inhibitions, it won’t be long before you get completely sucked into the world of Mia – her rebellion, her fetish for hip-hop dance and her vulnerability. At times you will be blown away by the sheer audacity of the director. But more praiseworthy is her imagination and the way she alludes to a horse & several other parallels to symbolize Mia’s state of mind. Katie Jarvis as Mia gives once in a lifetime performance and Michael Fassbender is again exceptional. I am hardly surprised that the film won Grand Jury Prize at Cannes. It deserved much more.

It’s as difficult to write about Certified Copy as to understand its underlying nuances. But once you demystify the implicit meaning of the film, the experience is wholesomely rewarding. It will invigorate you, challenge you and leave you with impressionable thoughts. Certified Copy follows a conversationalist approach with undertones of humor similar to ‘Before Sunrise/Sunset’ but thematically it’s remarkably different. The film is about a writer who believes that in the field of art, copies in itself are original, and even original is a copy of another form. Art imitates life and vice-versa. Viewers soon realize this when the writer meets a French lady, who is stranger to him but in an unexpected twist, turns out (acts) to be much more than a mere stranger. What’s truth and what not, is left to viewers’ discretion. And by perplexing us, actually the director, Abbas Kiarostomi [master of illusions] achieves his ultimate motive. In life, we are slaves to our desires & wishes, in effect, mostly trying to be someone else. We create a perception of reality around us that may or may not exist. But does that mean we cease to be originals ? Or are we certified copies of the person we want to be ?

A psyhological thriller. A character study. But above all, a story about the struggles of a mother to raise a strange, vicious child. Kevin begins as puzzling chunks of flashbacks. Slowly as dust settles down, you fit the pieces of jigsaw and come to terms with what you were always dreading. Infact the manner in which the film slowly peels down one layer after another it plays more like a horror, not knowing what’s coming next. And finally, when the climax arrives, it’s so devastatingly cruel that it will leave you stunned. Kevin also shows that it’s not one event or one moment that makes someone into a nihilistic monster but the seeds of it are ingrained or atleast the symptoms are discernable right from the early stages of childhood. But more evidently the film focuses on the pains, fears and inhibited affection that a mother has to go through to raise such a child. Tilda Swinton plays the mother with bare soul and arduous realism – unarguably the finest female performance of 2011. Cinematography, especially in the initial reels aptly uses ample amounts of red, to signify the oncoming vicissitudes of evilness. 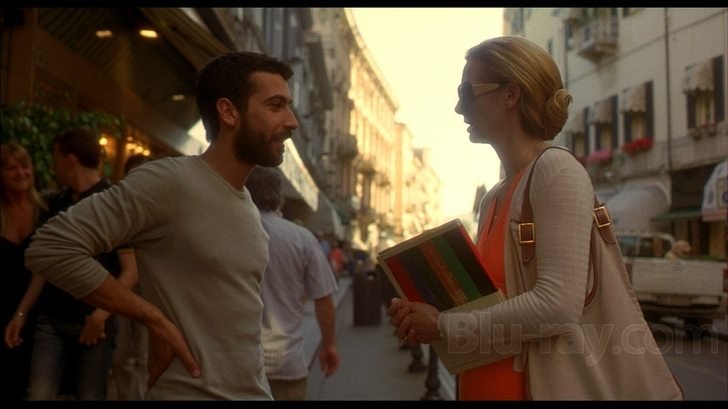 To witness how a film grows under your skin as you watch it unfold, you will have to give I am Love a try. What begins as innocuous family drama, turns into a sordid passionate thriller. There comes a moment somewhere in the middle of the film, which despite being predictable, will hit you like ton of bricks just due to the sheer manner in which it’s been portrayed onscreen. Revealing anything about the story would be dampener for those who go on to see it, therefore to keep it short, the film is about a wealthy lady seeking freedom from her insipid family duties, which arrives in the form of passionate love affair. The film’s ability to keep you guessing, and its tremendous visual style will bowl you over. And so will Tilda Swinton in the central performance. Best Foreign Language Nomination at Golden Globes is a testimony to the fact that I am Love didn’t go unnoticed.