6 Movies To Watch If You Love Sex And The City 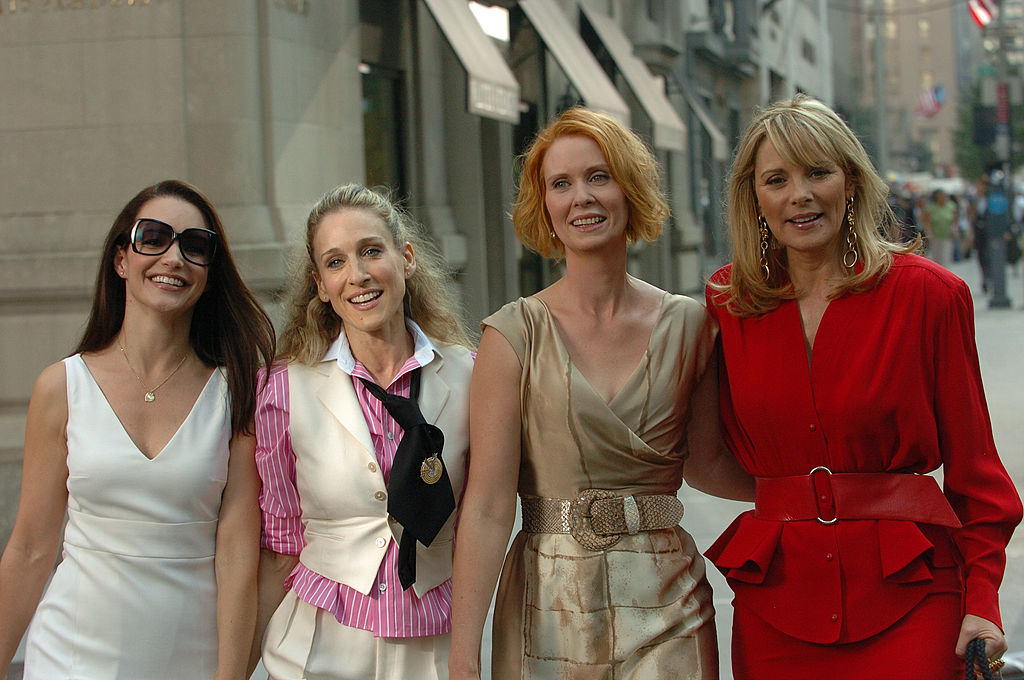 For six years (1998 to 2004), ‘Sex and the City‘ remained a comforting, often whimsically seductive source of entertainment to its numerous fans. The show teaches us a lot about relationships, romance, heartbreak, true bonds of friendship, fashion, and yes, sex too. During its original run and the many re-runs since, hooked audiences have lived vicariously through the many sexcapades of Carrie, Charlotte, Miranda, and Samantha. And in 2008, we were gifted with a movie that continues the story of Carrie Bradshaw and her ever-so-dependable gal pals.

‘Sex and the City’ (the movie) is a fashionable, sexy, delightful, emotional, and engaging story of how Carrie and Mr. Big finally, after many years of being in a tumultuous relationship, decide to tie the knot. It is also the story of how Carrie’s friends drop everything and come together for her in her time of need when wedding plans with Mr. Big go sideways. More than anything, this movie is about the comfort and healing power of friendship and the strength of true love that can overcome all kinds of heartbreak. If you’ve watched ‘Sex and the City’ and loved it, then the following six films should be on your must-watch list. You can watch most of these movies like ‘Sex and the City’ on Netflix, Hulu, or Amazon Prime. 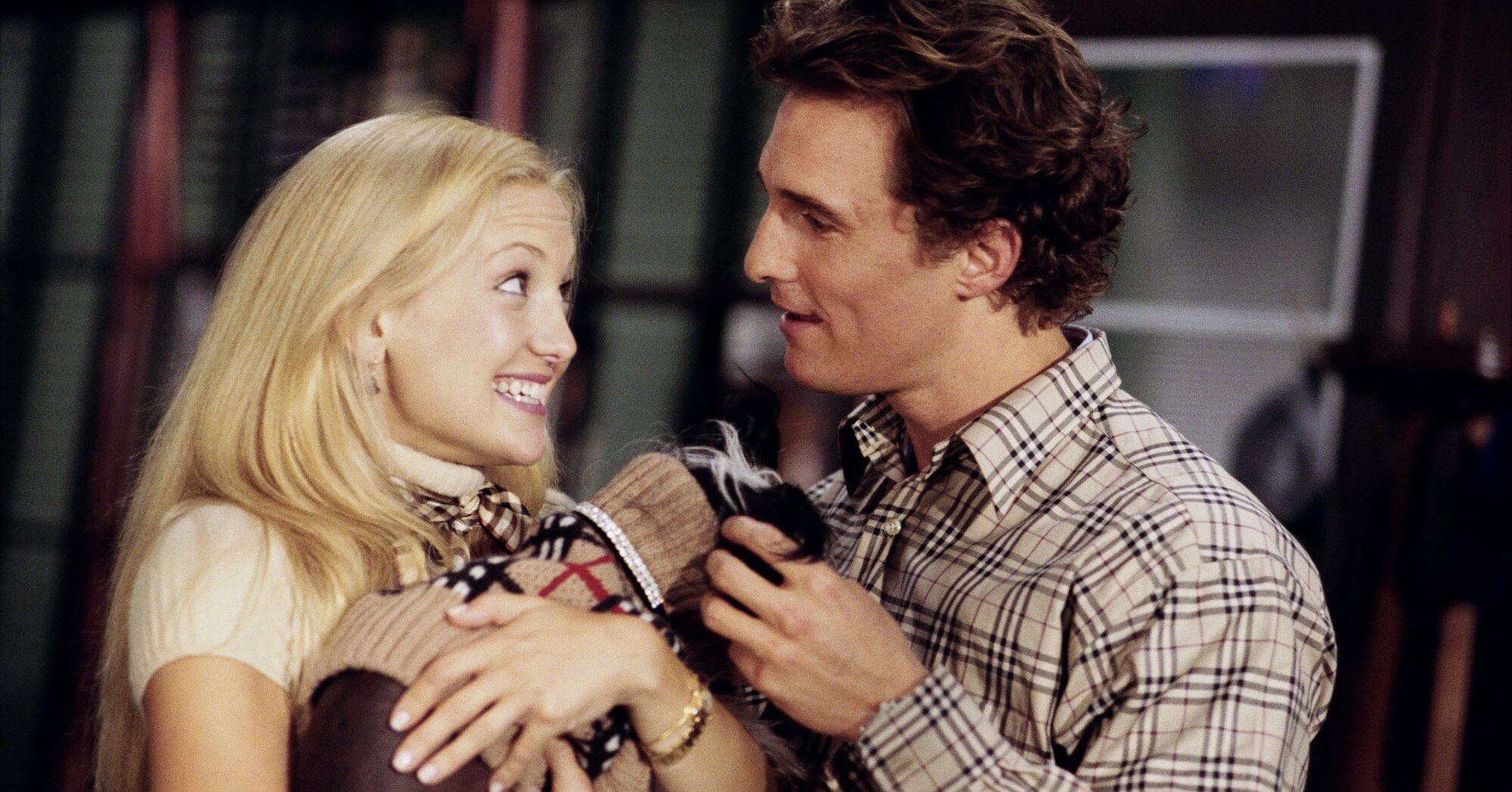 Ladies man Benjamin Barry makes a bet with his co-workers that he can easily make any woman fall head over heels for him in 10 days. Magazine writer Andie Anderson is researching her latest feature- ‘How to Lose a Guy in 10 Days’ – and is on the lookout for the perfect lab rat. This rom-com stars Kate Hudson and Matthew McConaughey as the leads with opposing agendas. It is similar to ‘Sex and the City’ in the way that both movies hinge on a single piece of journalism, an article that’s central to the storyline and affects the actions of the characters. In ‘SATC,’ it’s the “40-year-old bride” article that Carrie does for Vogue that leads to Big’s and Carrie’s small wedding snowballing into something so giant that Big cannot handle it. 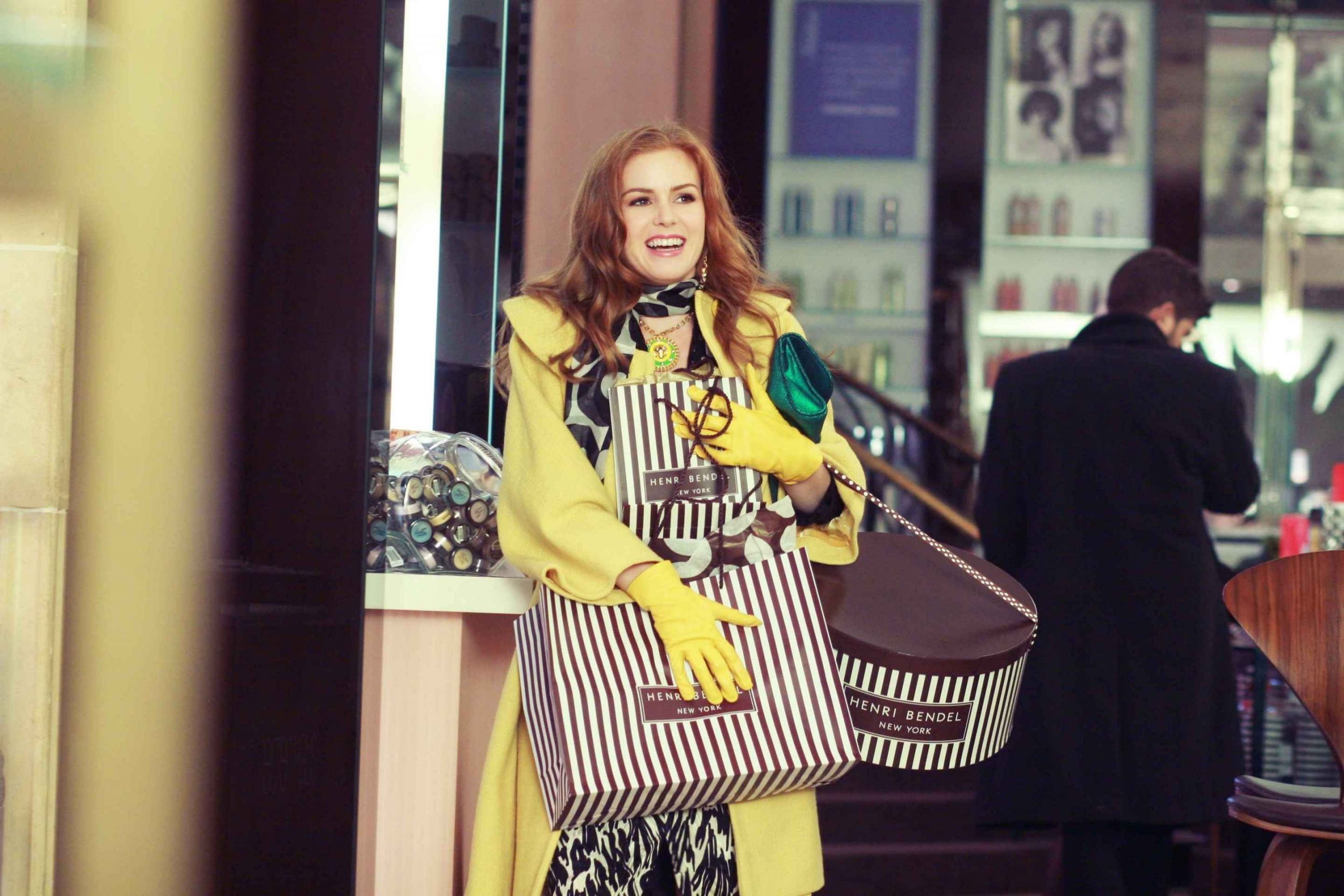 An incorrigible shopping addict with a keen fashion sense and mounting credit card debt lands a finance columnist job because of a mix-up and keeps the pretense up while signing herself up for Shopaholics Anonymous. ‘Confessions of a Shopaholic’ is a fun romantic comedy that stars Isla Fisher and Hugh Dancy in the lead and resembles ‘Sex and the City’ with its immense love for fashion, shopping, and New York City. 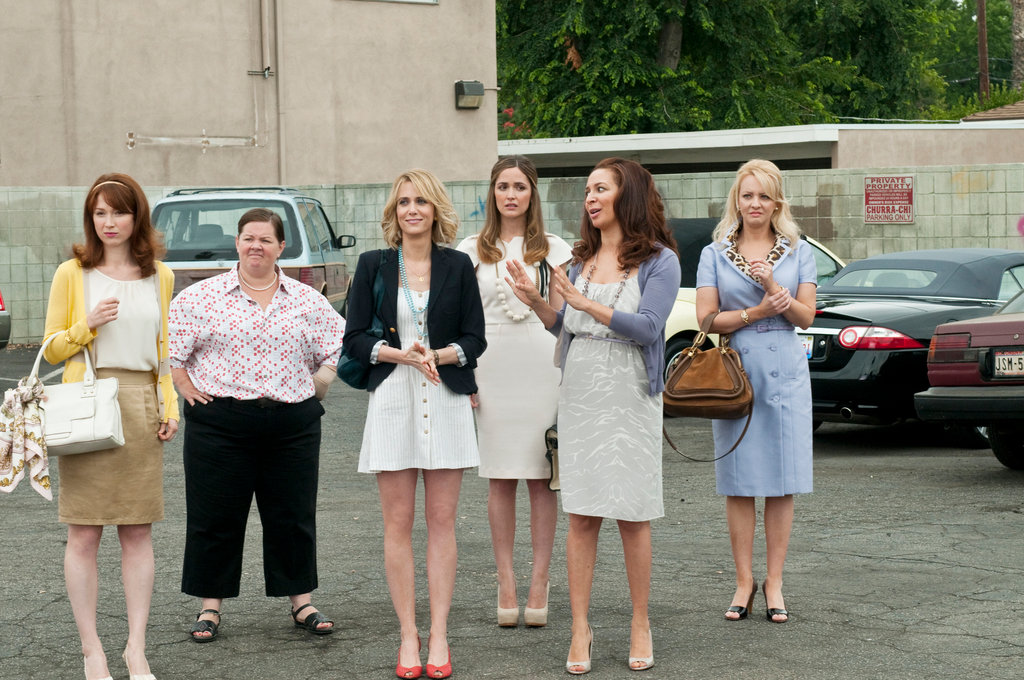 A jobless chef struggles to keep up with her maid of honor duties when her best friend announces that she’s getting married. She soon finds herself unwittingly pitted against a rich frenemy who is determined to show her up at every turn. ‘Bridesmaids’ follows the maid of honor as she straightens up her act to make her friend’s big day special. This film, like ‘Sex and the City’, focuses on a group of close-knit friends who stick to each other through thick and thin and take their bridesmaids’ duties very seriously. 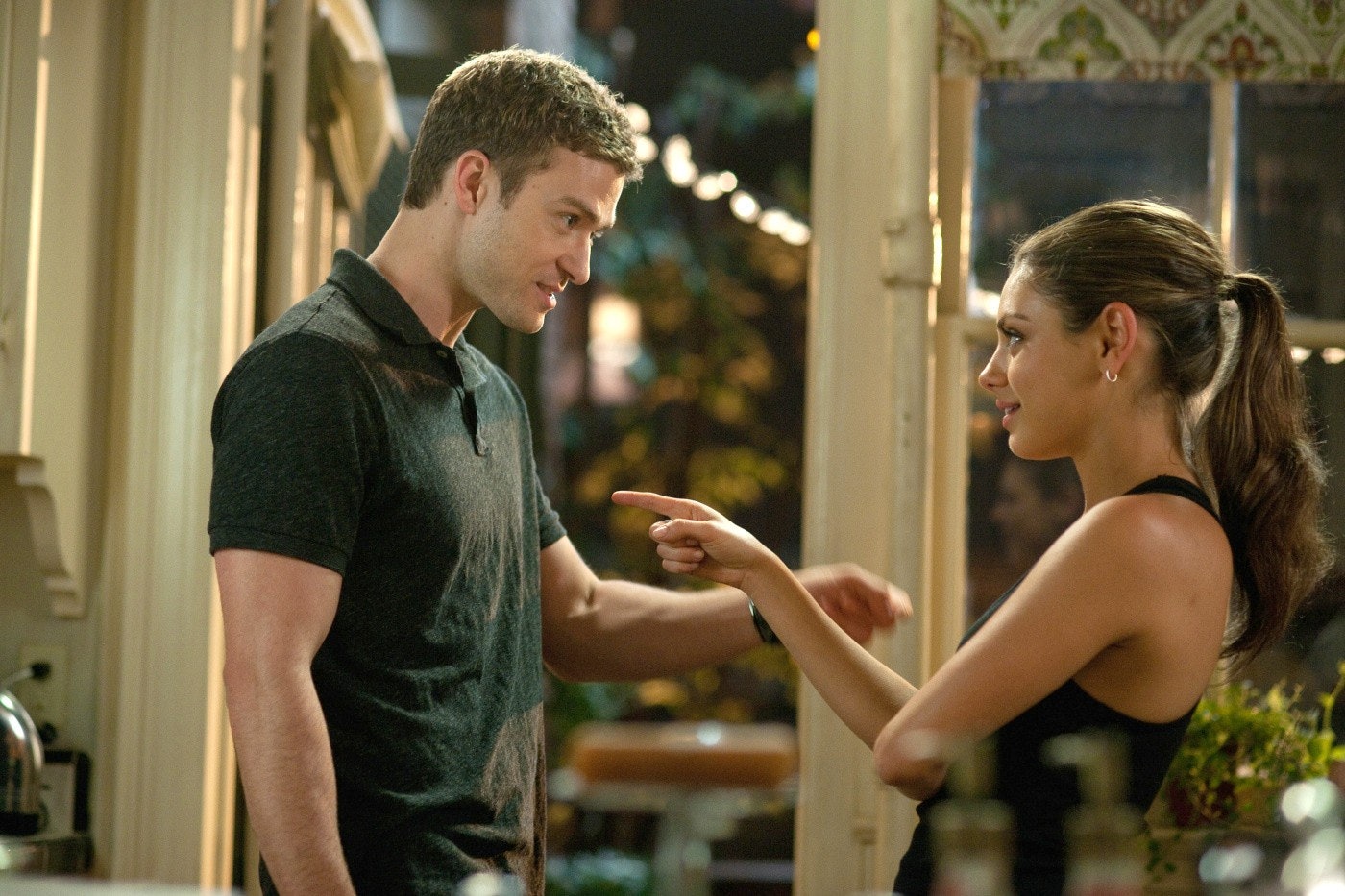 NYC-based headhunter Jamie and her newest conquest Dylan become great pals and bond over their mutual hatred of romantic entanglements (they’ve both been burned by love in the past). They embark on a no-strings-attached sex-only relationship that becomes increasingly complicated as one of them starts to have real feelings for the other. As in ‘Sex and the City’, New York City (and its quintessential charm) plays an important role in ‘Friends with Benefits,’ feeling like a character in its own right. 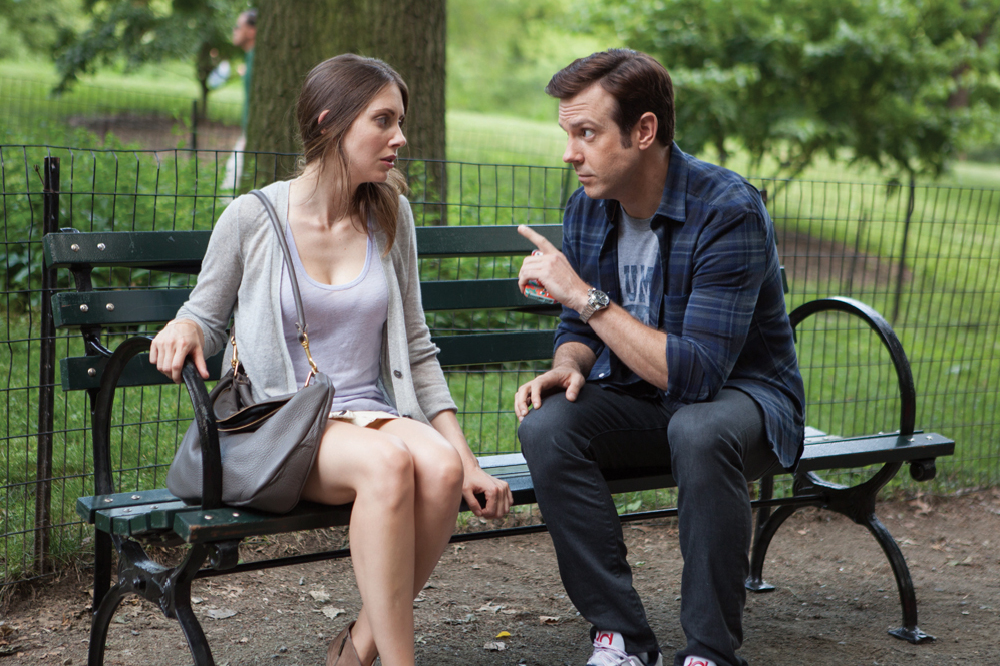 Twelve years after a one-night-stand that ended badly, Jake and Lainey run into each other by chance and begin a friendship that they strive to keep platonic, even though they’re both crazily attracted to each other. ‘Sleeping With Other People,’ starring Alison Brie and Jason Sudeikis, is similar to ‘Sex and the City’ in the way that sex, dating, and the city of New York take center stage in both the stories, though one could argue that ‘Sleeping With Other People’ is lighter on the serious emotions than ‘SATC.’ 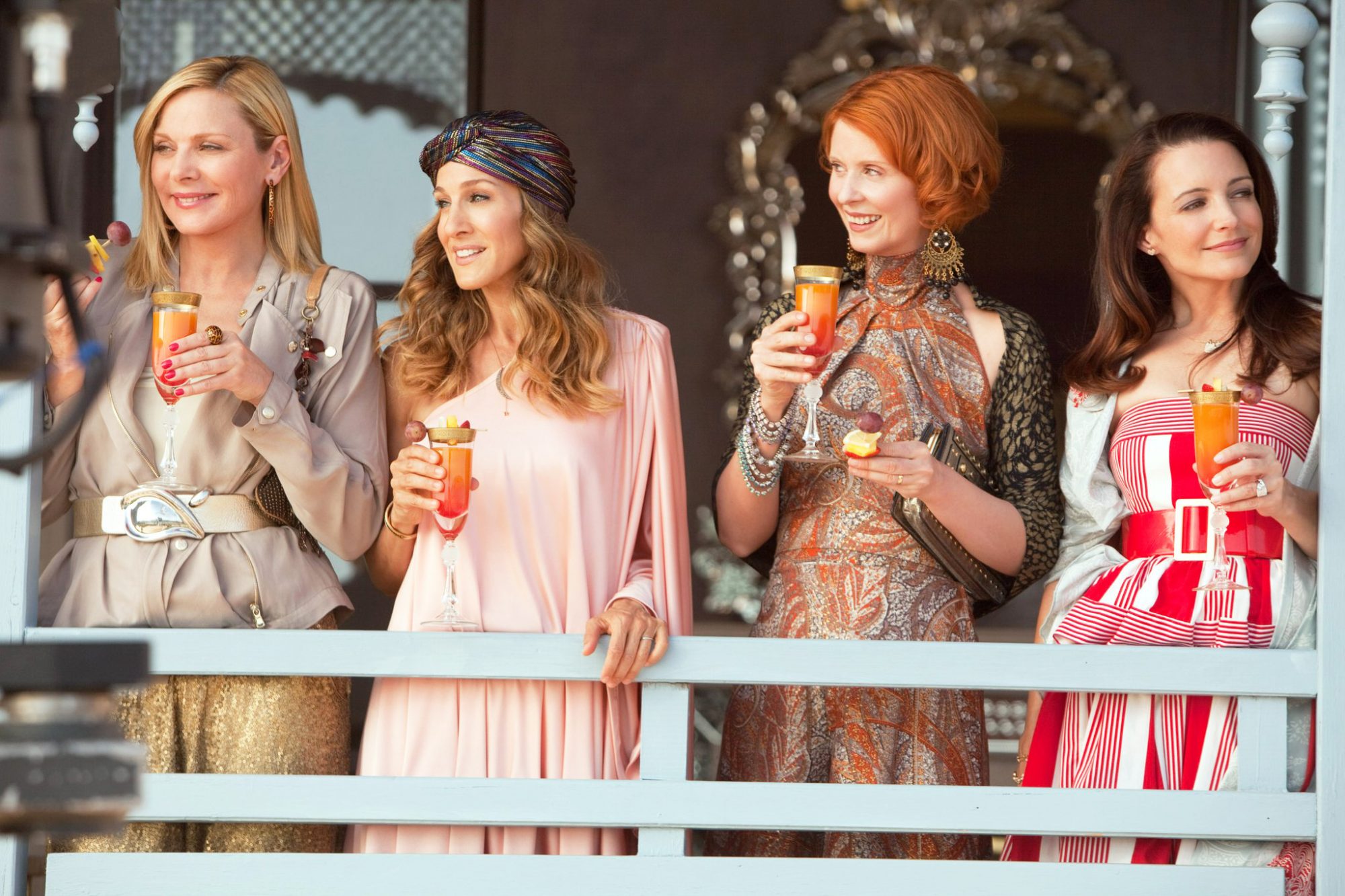 Carrie, Charlotte, and Miranda join Samantha on a trip to Abu Dhabi where ultra-luxurious 5-star stays, exotic spices and shoes, counterfeit handbags, and old romantic flames await the girls as they attempt to escape the monotony of their hectic New York lives. Even though a major chunk of it is set in the majestic Middle East, ‘Sex and the City 2’ still feels like the story we know and love, with fashion, drama, and talks of sex galore. This movie also features a grand wedding, but it’s between two beloved characters you wouldn’t believe actually get together.