7 Anime Like Vampire in the Garden You Must See 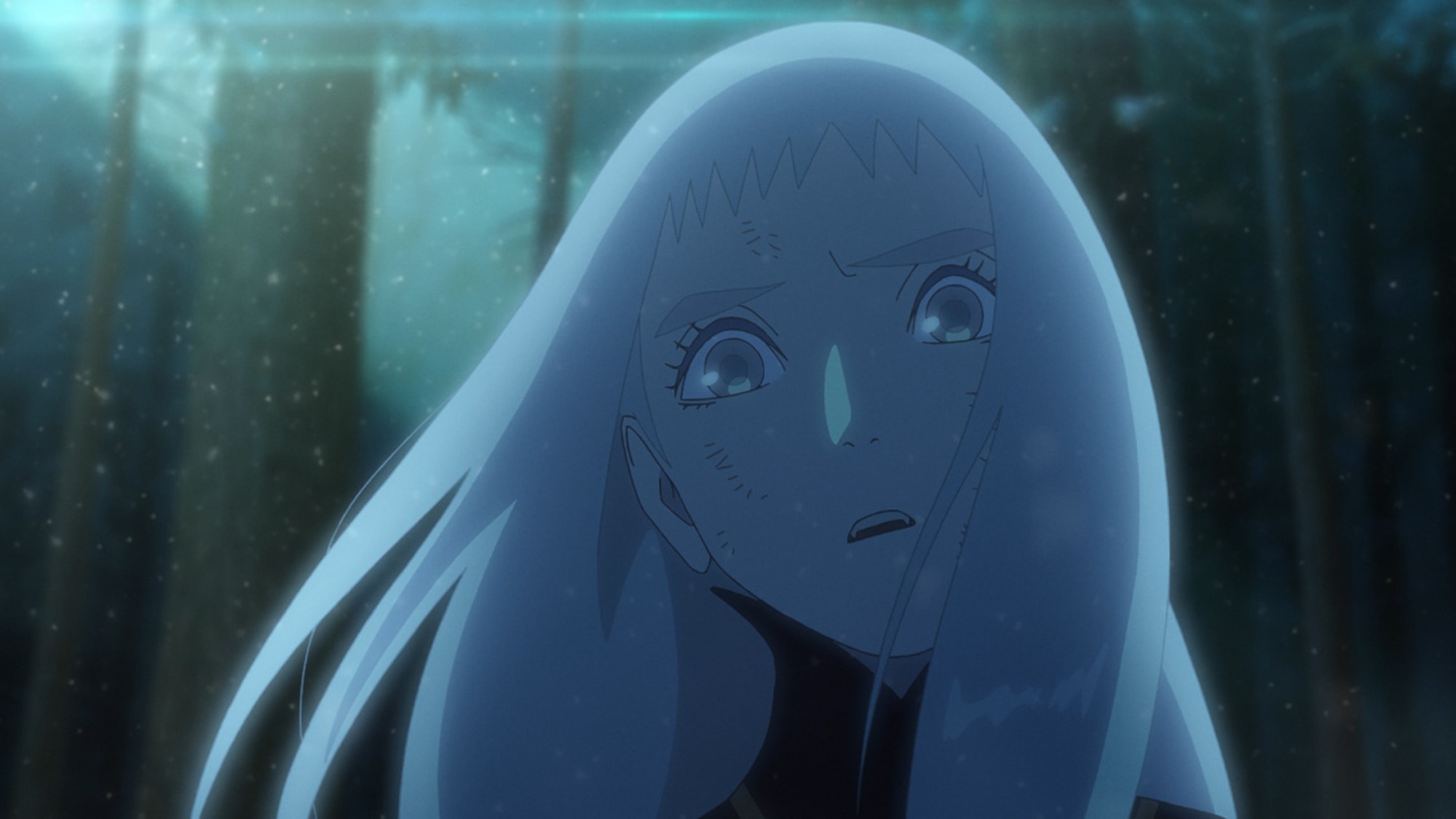 ‘Vampire in the Garden’ is a dark fantasy series that recounts the story of a fictional world torn apart by an endless war between vampires and humans. As the latter is pushed on the brink of extinction, it faces a fight for survival, but not everyone is willing to participate in the seemingly endless struggle. A young girl named Momo dreams of peace between the two factions — a desire shared by the vampire queen, Fine. The two strangers meet unexpectedly and embark on a quest to find a utopic garden of peace which — according to some old fables — is the only place vampires and humans coexist peacefully.

The inspiring tale of Momo and Fine’s attempt to find harmony in a world upended by violent conflict has garnered a decent global fanbase since its release. People who like the show will naturally wish to watch anime similar to it; therefore, we have compiled a list of shows and movies that these fans will most likely find entertaining. Most of these anime like ‘Vampire in the Garden’ are available for streaming on Netflix, Hulu, Crunchyroll, Funimation, or Amazon Prime. 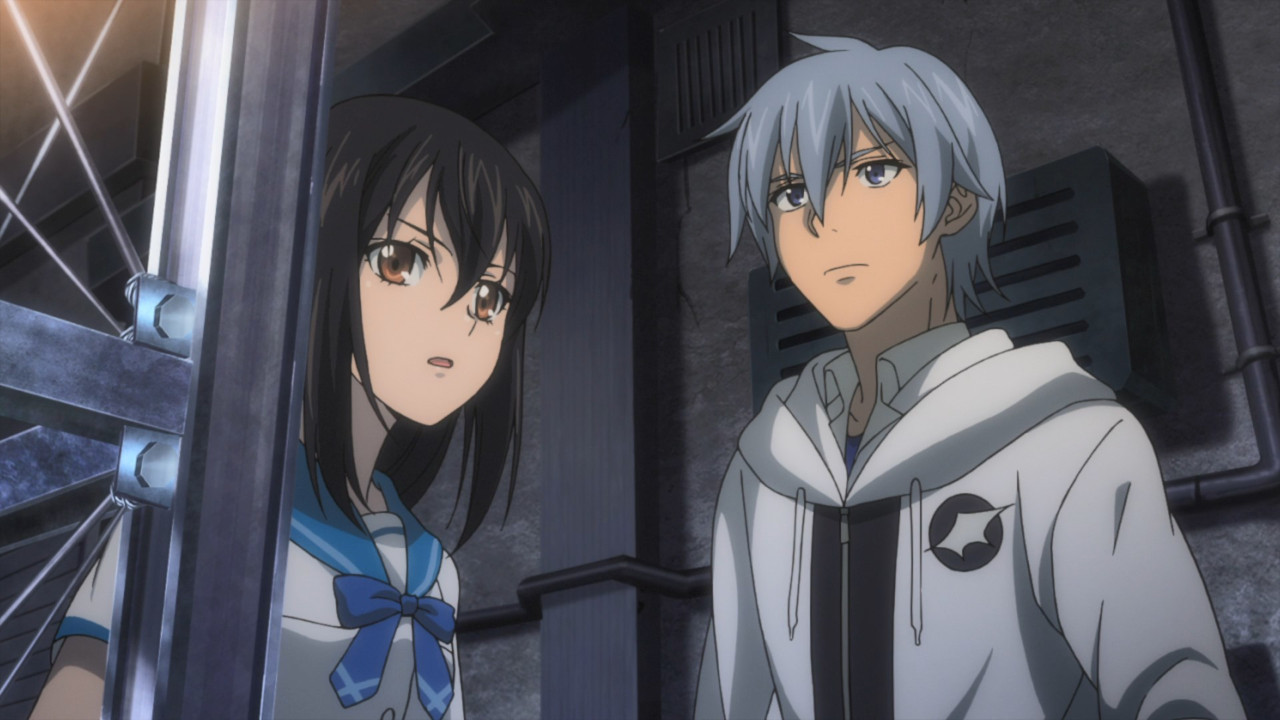 Soon after Kojou Akatsuki discovers his secret abilities, he also finds out that he is the Fourth Primogenitor, a legendary vampire who is deemed the world’s most powerful one. Realizing that he can be a threat to peace, the Lion King Organization forcefully entrusts the responsibility of monitoring (and even killing if the situation demands) Kojou to Yukina Himeragi, a sword shaman.

However, when Kojou Akatsuki and Yukina Himeragi meet, they end up forming an unlikely alliance in a war against evil. Although there are few similarities between ‘Strike the Blood’ and ‘Vampire in the Garden,’ people looking for vampire anime should add it to their watchlist. All the episodes of ‘Strike the Blood’ are accessible for streaming here. 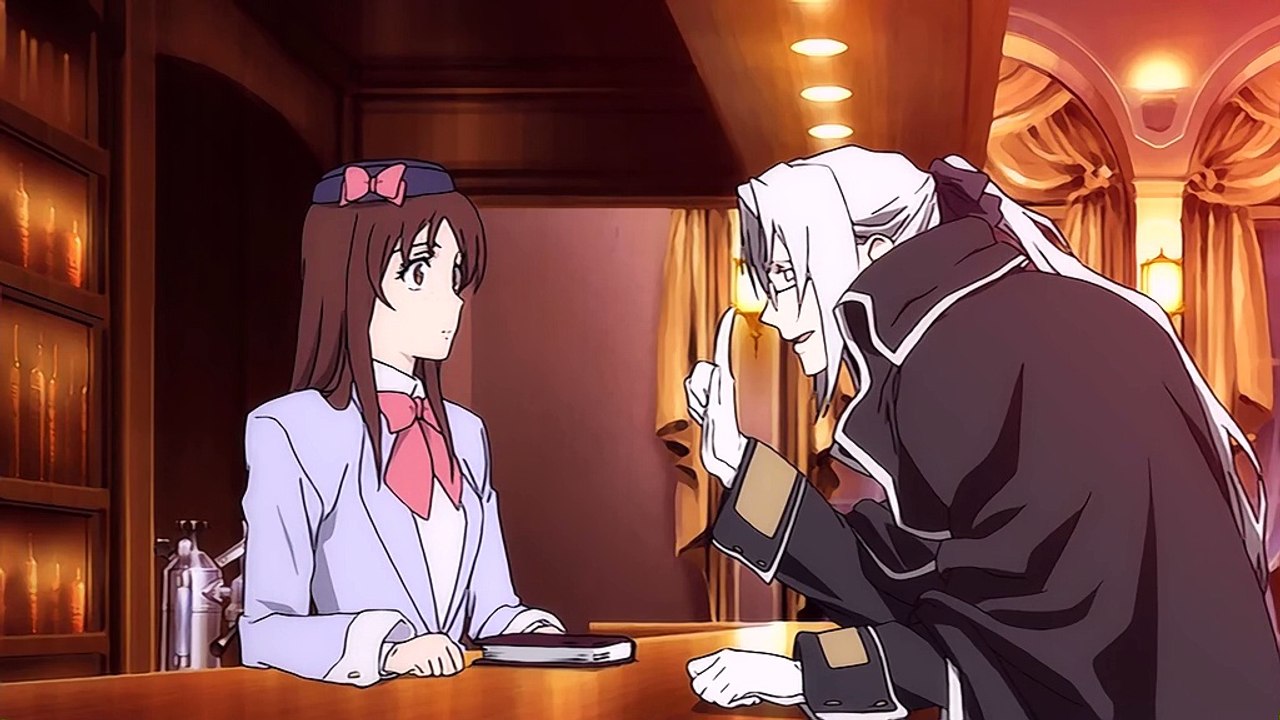 In the post-apocalyptic world of ‘Trinity Blood,’ humanity and vampires are on the verge of war, and just one push from either side can lead to the deaths of countless innocent people. As different groups with their agendas try to influence the fragile politics, a priest named Abel Nightroad constantly puts his life on the line to preserve the peace between the two races. The delicate balance of the two factions may remind fans of the social and political condition of Momo and Fine’s world. If you’re interested in watching Abel fight for the greater good, you can find all the episodes here. 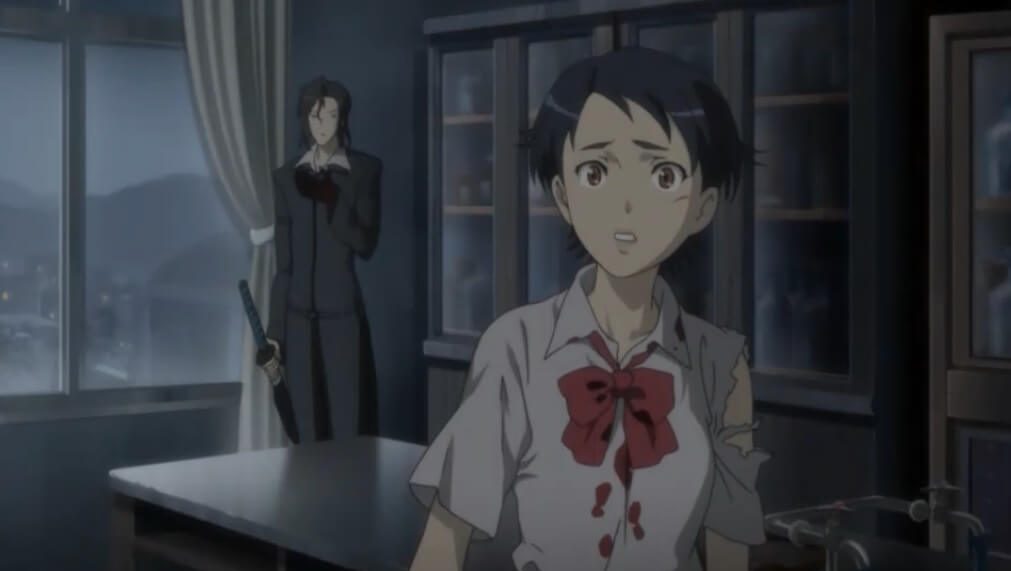 In modern-day Okinawa city, Red Shield is an organization that is dedicated to the cause of fighting immortal creatures called Chiropteran, who are capable of disguising themselves as human beings by changing their forms. Saya, a high school girl with amnesia, lives peacefully with her parents in the same city, unbeknownst to the fact that she is destined to fight these dangerous monsters.

However, Saya’s life takes an unexpected turn when she is attacked by a Chiropteran, only to be rescued by a mysterious man named Haji, who forces her to drink his blood which awakens sleeping powers in her. ‘Blood+’ is a classic vampire anime that fans of ‘Vampire in the Garden’ will probably enjoy as it offers an action-packed narrative with a lot of mysteries to keep viewers hooked till the end. All the episodes of ‘Blood+’ are available here. 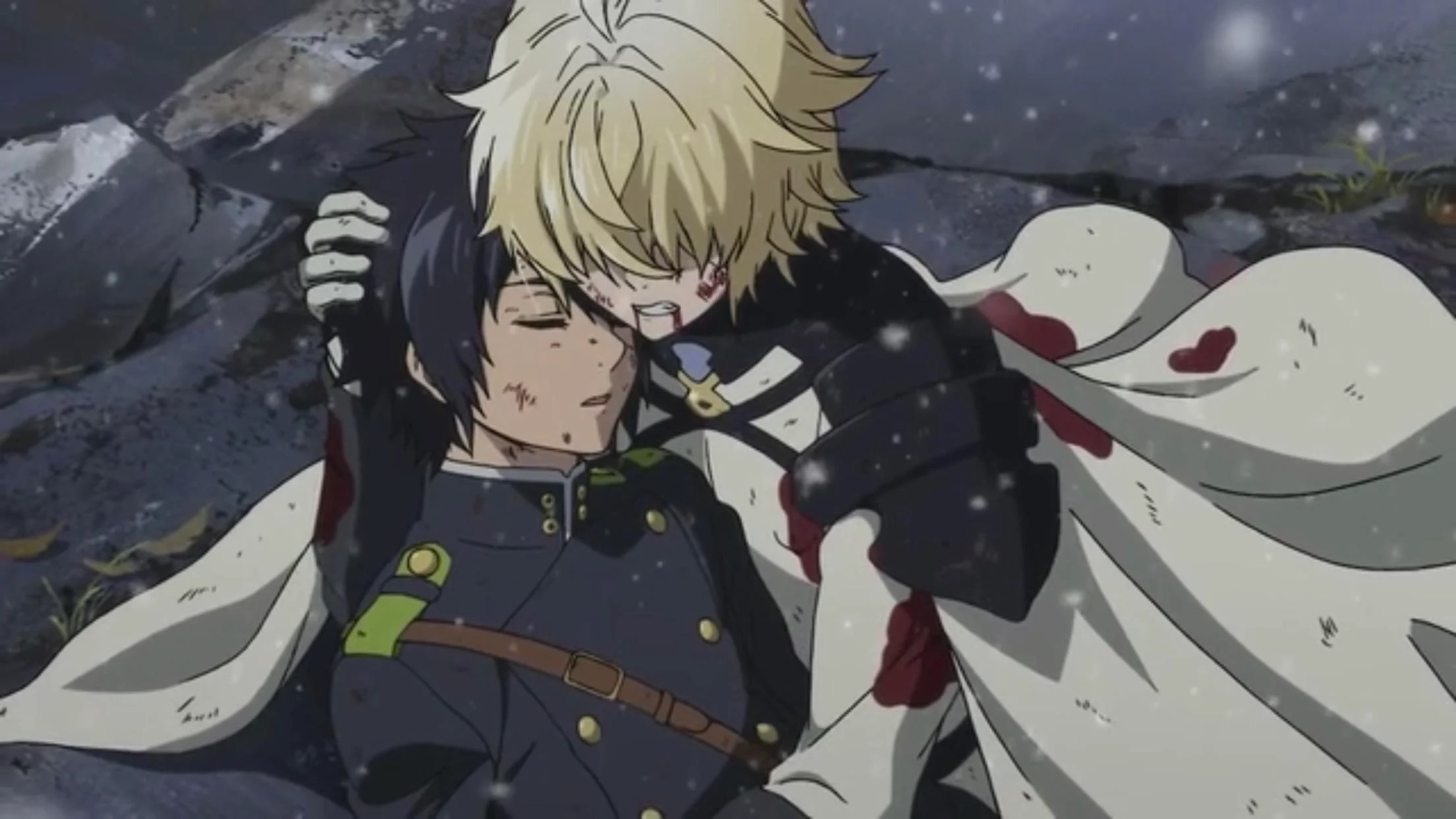 The post-apocalyptic supernatural shounen anime focuses on a world where power-hungry vampires enslave humanity after the emergence of a mysterious virus that kills people older than 13. Tired of their subjugation, two young boys named Yuuichirou and Mikaela Hyakuya hatch an escape plan. But after it fails, only Yuuichirou survives and is eventually saved by a Japanese military unit dedicated to the extermination of vampires.

Several years after the incident, Yuuichirou vows to avenge the death of his family. ‘Owari no Seraph’ introduces viewers to a world where conflict between vampires and humans has led to countless death, and prospects of peace appear unfavorable. If you find the premise interesting, you can watch Yuuichirou’s story of retribution here. 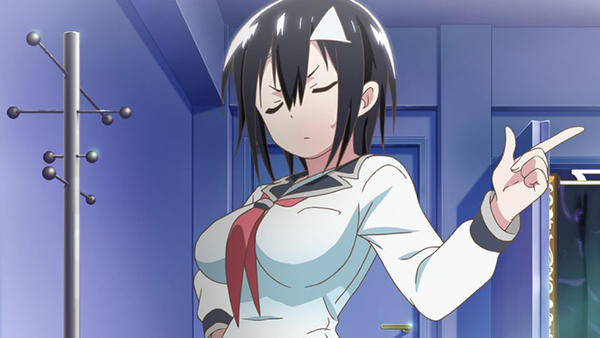 Staz Charlie Blood is the ruler of the Eastern district of Demon World and is considered ruthless and unforgiving. However, he is just an otaku in reality, who eventually leaves the management of his territory to others to indulge in his interest in anime, manga, and games. So, when a Japanese girl named Fuyumi Yanagi ends up in the demon world, Staz is more excited than ever before.

However, after the untimely death of Fuyumi Yanagi due to an attack on Staz’s territory, he vows to resurrect her so that he, too, can someday visit Japan. The lighthearted series centering upon an unlikely friendship between a vampire and a human is obviously going to interest fans of ‘Vampire in the Garden.’ In case you are seeking to devour this one, you can watch all the episodes here. 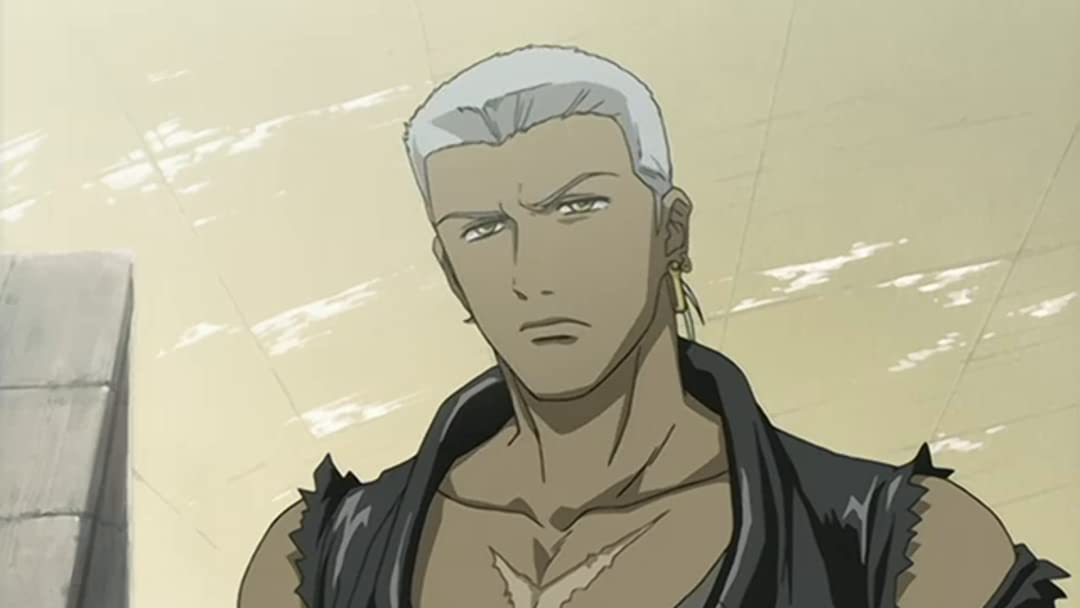 In a world where the future appears bleak, people find peace in a legend that prophecies the opening of the gateway to paradise. Unfortunately, only wolves have the special abilities to find the mythical realm, and they are believed to have gone extinct. But in reality, they have only used elaborate illusions to live amongst humans without getting recognized. When the fragrance of Lunar Flowers that are believed to be vital to opening the door to their perfect world reaches a lone wolf Kiba, he and a few others embark on a quest to finally get to the paradise they have heard about all their lives.

However, sinister forces who are hell-bent on finding the mythical realm will leave no stones unturned to reach there first. Just like ‘Vampire in the Garden,’ ‘Wolf’s Rain’ also recounts the story of an inspiring search for a peaceful realm, the existence of which has become limited to only old fables in a world that is slowly falling into chaos and destruction. If you have already added this to your watchlist and are planning to watch it, you must head here. 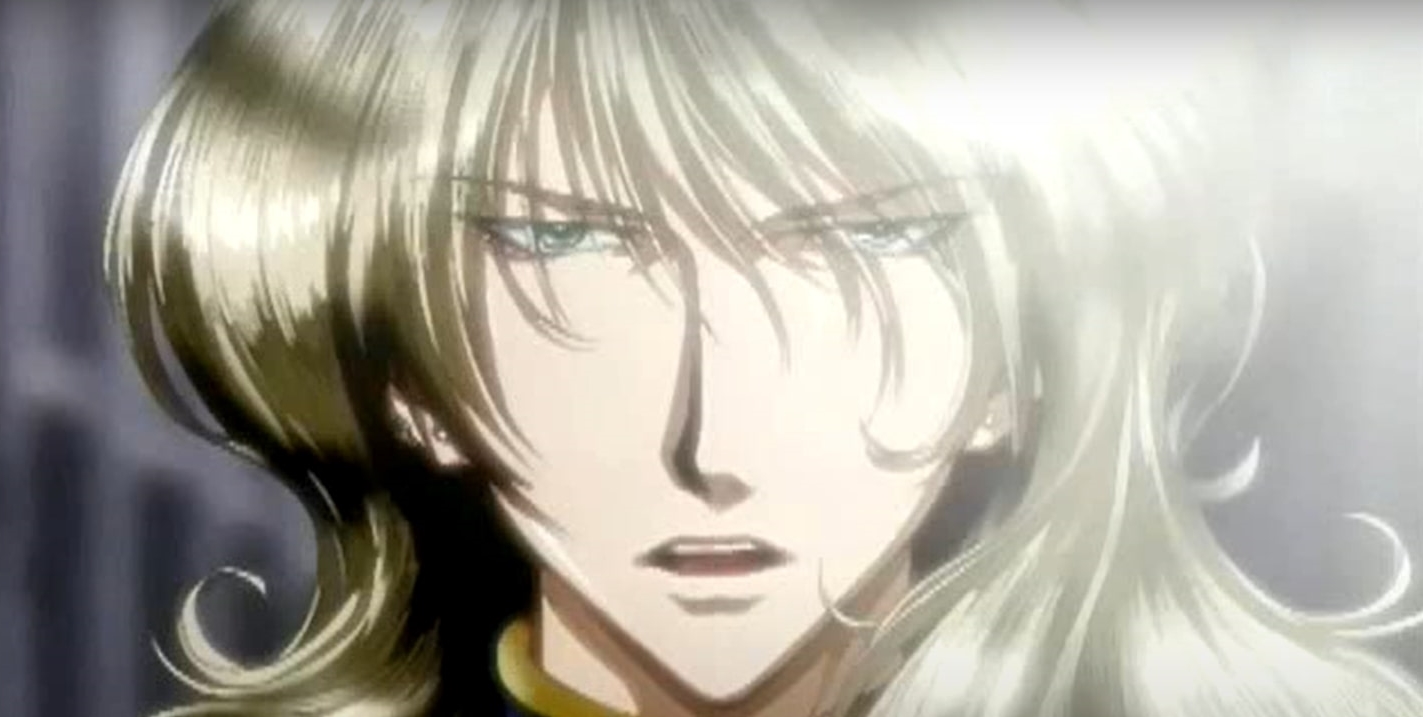 ‘Legend of Duo’ is a supernatural dark fantasy anime that centers upon a world where humanity has been pushed on the verge of extinction because of a mysterious virus. However, vampires have found a cure to it but have decided to keep it to themselves, thus causing a conflict with the human race. Luckily, a vampire named Duo shares the secret to saving humanity and putting an end to the loss of innocent lives. However, he is declared a traitor by his own people.

Through his compassionate action, Duo invites the wrath of Zieg, a powerful vampire who has decided to make Duo pay for his crime. ‘Legend of Duo’ focuses on a world struck by the rift between vampires and humans, where attempts to establish peace are seen as a betrayal. Since the show is somewhat similar to ‘Vampire in the Garden,’ fans would most likely find it interesting.