Is 7 Prisoners Based on a True Story? 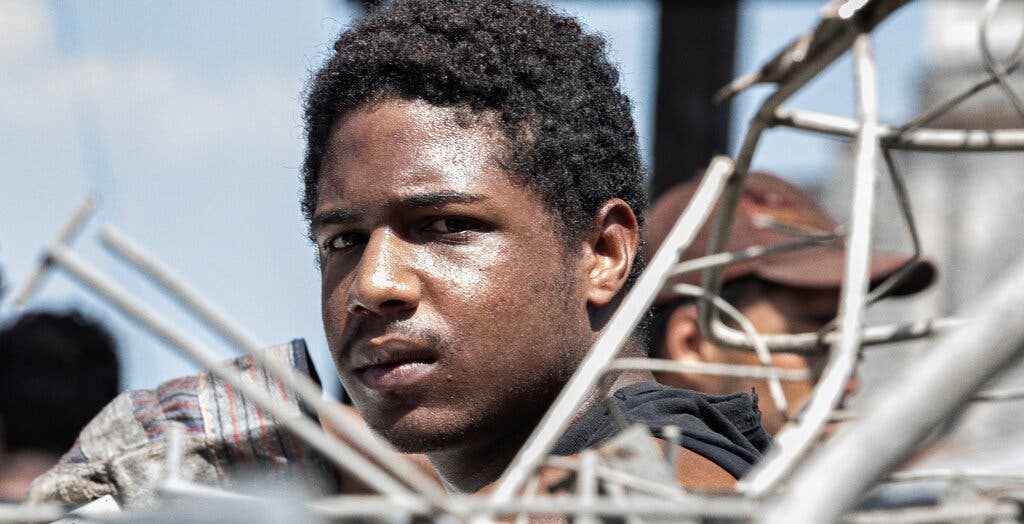 Netflix’s Brazilian drama film ‘7 Prisoners’ is a compelling thriller that centers upon Mateus, an 18-year-old who arrives in São Paulo from rural Brazil in search of a job. Mateus believes in fortune when he manages to find a job in a junkyard, but his dreams of helping his mother and sister by sending money back home shatter when the overseer of the yard, Luca, subjects Mateus and other boys to slavery. The film progresses through Mateus’ attempts to escape from the vicious Luca and the prison-like establishment.

Directed by Alexandre Moratto, ‘7 Prisoners’ succeeds in brutally illustrating the predicament that stands like a wall in front of Mateus and other boys, who are forced to live in an inhuman environment. As the film emotionally wrecks our minds with its earnestness towards the subject matter, one can’t help but wonder about the reality behind Mateus and the other boys who go through agony in Luca’s junkyard. Inspired by the potency of the film, we have covered everything you need to know about the genesis of the film and the characters. Let’s take a look!

Is 7 Prisoners a True Story?

‘7 Prisoners’ is partially based on a true story. Even though the characters are fictional, director Alexandre Moratto, along with co-writer Thayná Mantesso, conceived the film based on the distressing realities of human trafficking and modern-day slavery that happens all over the world, especially in Brazil. Mateus and Luca are representatives of the two extremes of the human trafficking and slavery spectrum, where vulnerable people like Mateus are exploited in horrendous working conditions by proprietors like Luca.

The inspiration for the film came to Moratto through a TV special about human trafficking and enslavement in Brazil. “Within two minutes [of the special], I was like, ‘This is interesting.’ And then when you saw some of the footage…there was one worker in San Paulo who literally had a chain on his ankle. I saw that and thought, ‘This is a global alpha city in the 21st century.’ I just couldn’t get this scene out of my mind,” the director revealed to THR.

The characterization of Mateus and the dreadful experiences he goes through is a combination of numerous accounts Moratto encountered while researching for the film. Sadly, the extreme poverty and unemployment in Brazil do set the stage for human trafficking and modern enslavement in the country to an unbelievable degree, creating and repeating the circumstances Mateus faces in the film.

While writing the screenplay, Moratto also had an opportunity to listen to first-hand experiences, helping the authenticity of the film. “A friend of mine was actually partnering with Brazil’s Department of Labor and the UN to do a week of interviews and educational courses with people who had survived human trafficking in Brazil, and she invited me to shadow her for a week. That was the most humbling experience,” he added. In addition to it, Moratto was able to cast an artist who worked in a sweatshop for six months upon his immigration to Brazil.

Even though the milieu of Brazil led Moratto to the creation of the film, ‘7 Prisoners’ is potent enough to communicate to any societies that carry the evilness of human trafficking and slavery. “It’s not just happening in Brazil. It’s a global issue. There’s 40 million people, by UN estimates, who are in situations of human trafficking and enslavement in the world today. That’s a lot of people. And it’s in every country and it’s hidden from view,” Moratto told Deadline.

With fictional characters as a bridge, the gripping drama film is Moratto’s attempt to bring the frightful realities of our world to a discourse, and he triumphs in it, as ‘7 Prisoners’ succeeds in becoming one of the voices of the voiceless globally.