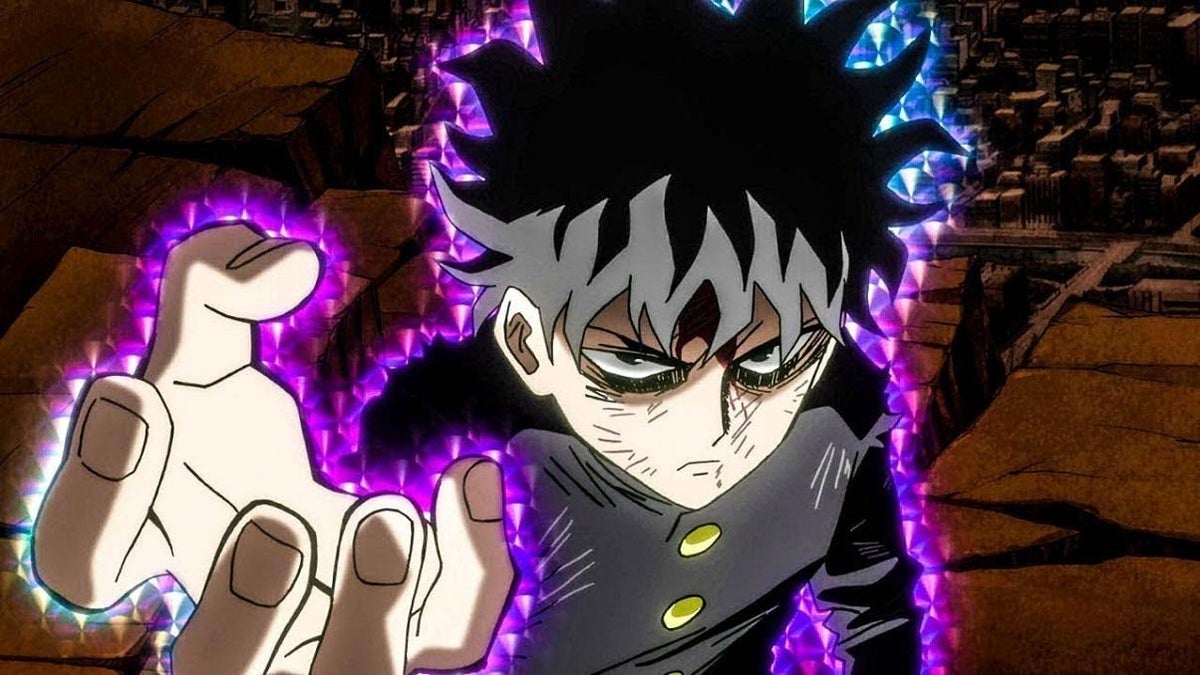 Studio Bones’ ‘Mob Psycho 100’ is an action-packed supernatural comedy series that revolves around Shigeo “Mob” Kageyama, a psychic with immense potential powers who is wise enough to understand and accept the dangers of his abilities despite being very young. Therefore, he makes the intelligent decision to use his powers rarely and takes the help of a psychic named Arataka Reigen to learn to control his abilities. But Mob is ignorant to the fact that Reigen is a con artist who just wants to use his powers for his selfish gains. Unfortunately, Mob is slowly progressing towards a state where his untapped psychic powers will be unleashed all at once, which will change him in unimaginable ways. 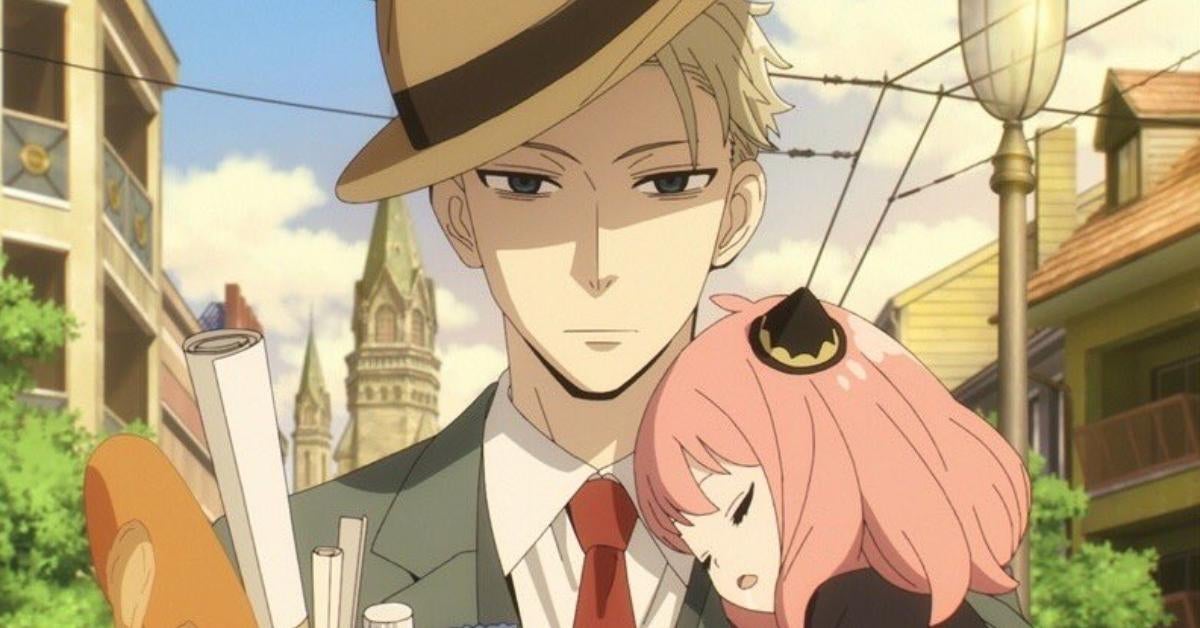 ‘Spy x Family’ revolves around a secret spy codenamed Twilight who dons the alias of Loid Forger to investigate a politician named Donovan Desmond to ensure that there is peace between neighboring countries Westalis and Ostania. Unfortunately, his assignment is unlike any that he has undertaken all his life, so Twilight has to adopt a daughter named Anya and get a pretend wife who actually turns out to be an assassin.

The exciting and action-packed life of the Forger family is probably not what comes to mind when you think of ‘Mob Psycho 100.’ However, both shows do have psychic characters who are being lied to by their guardians/mentors about their true intentions. Just like ‘Mob Psycho 100,’ ‘Spy x Family’ has also found the true balance between comedy, action, and drama, which makes it a great series to watch. 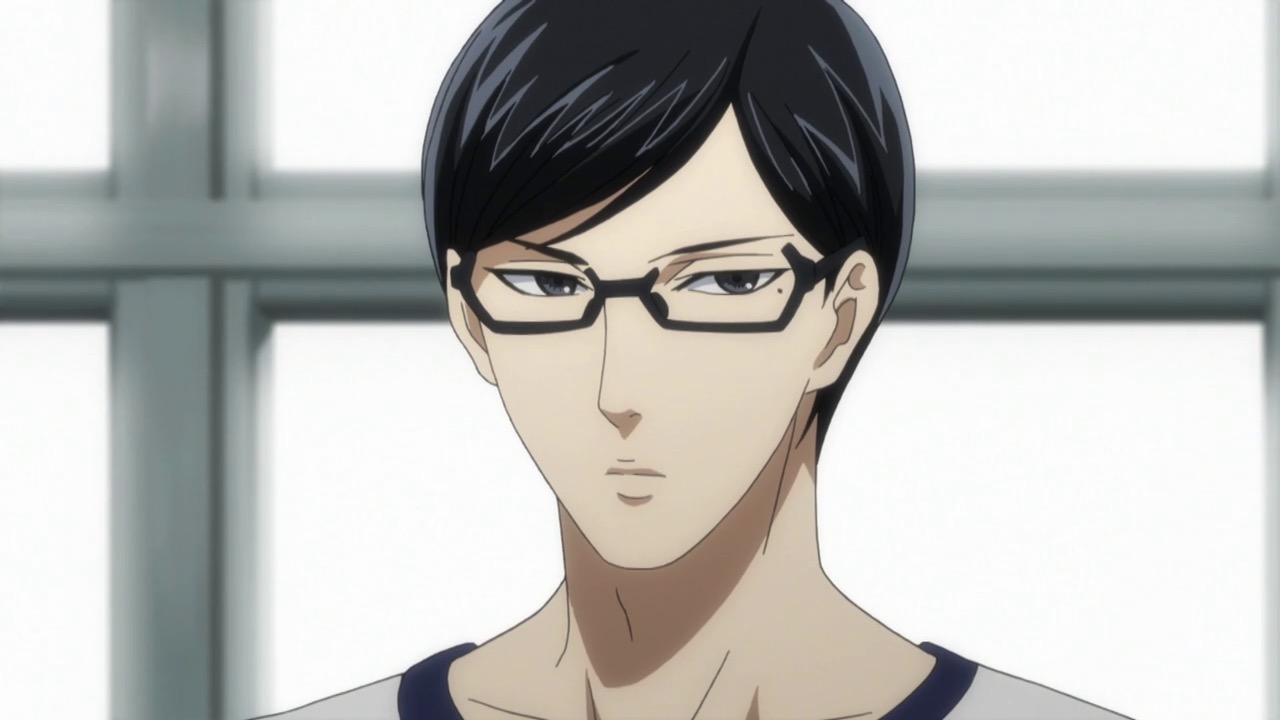 Based on Nami Sano’s Japanese manga series of the same name, ‘Sakamoto desu ga?’ or ‘Haven’t You Heard? I’m Sakamoto’ revolves around the nearly perfect titular protagonist who charms every girl on the first day of school and makes every other guy jealous. All attempts to belittle him or put him down eventually fail and Sakamoto also proves to be one step ahead of everyone.

The hilarious story of Sakamoto’s oddly extraordinary life is loved by everyone who has watched it. Fans of ‘Mob Psycho 100’ who are also looking for a series that gives them a somewhat similar does of comedy with a protagonist who is basically overpowered/overqualified should definitely watch ‘Sakamoto desu ga?’ or ‘Haven’t You Heard? I’m Sakamoto.’ 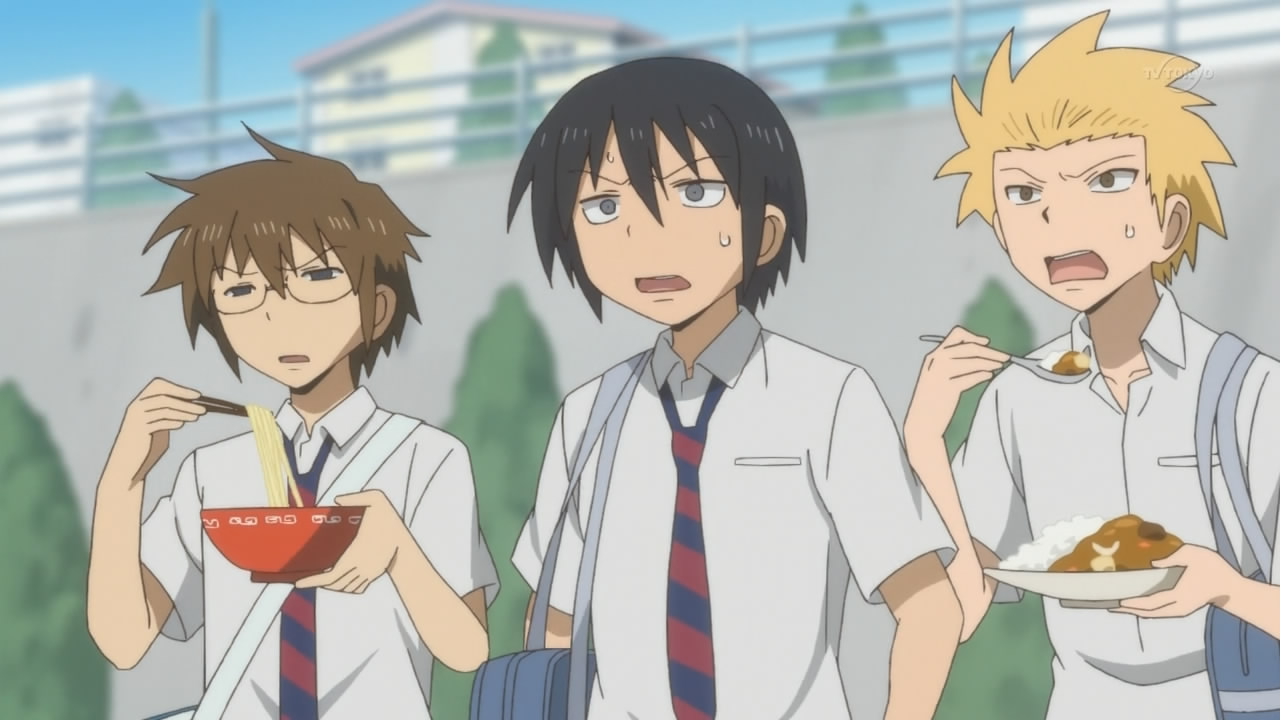 Hidenori, Tadakuni, and Yoshitake are three eccentric friends studying at the all-boys Sanada North High School. While they lead very ordinary lives, the trio makes up for their dull existence with their colorful imaginations. The show follows the three friends as they explore different aspects of life and become more acquainted with themselves.

Unlike ‘Mob Psycho 100’ which is a supernatural action series with a lot of drama, ‘Daily Lives of High School Boys’ is a light-hearted comedy show that focuses on the ordinary life of some school students. While the two shows differ immensely, the latter will still be an entertaining watch for someone who enjoys the comedy and drama in the former. 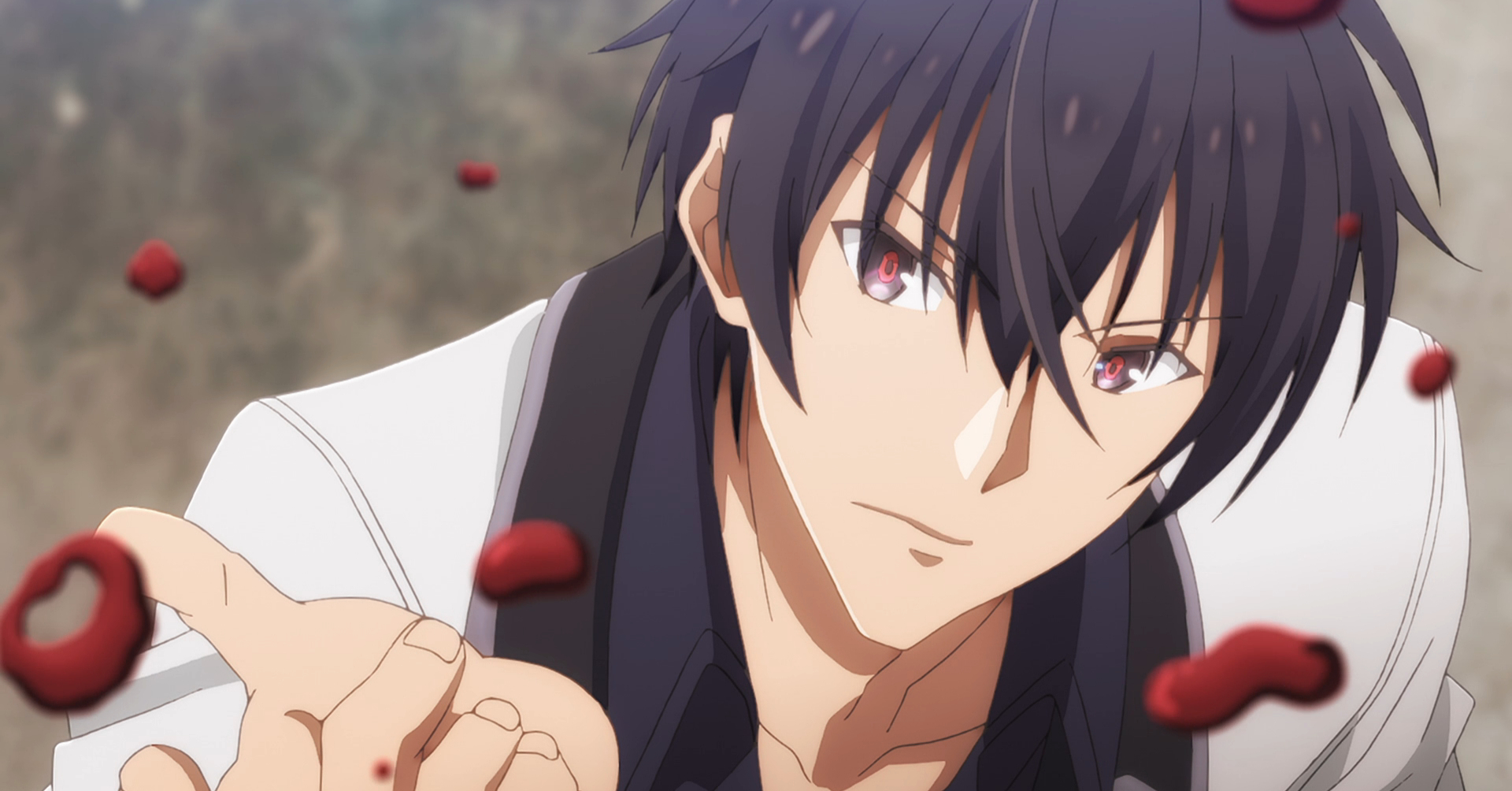 When a seemingly endless conflict between humans and demons wreaked havoc and destruction in the world, Demon King Anos Voldigoad decided to sacrifice himself for the greater good. He had hoped to one day return to a much more peaceful world but all his hopes were dashed when he reincarnated about two millennia later. Anos learned that not only his legacy has been tarnished but he is now seen in a much different light. The journey of the Demon King to reclaim his throne may have very few similarities with Mob’s story but both shows have impressive fight sequences that fans of action anime will definitely enjoy. 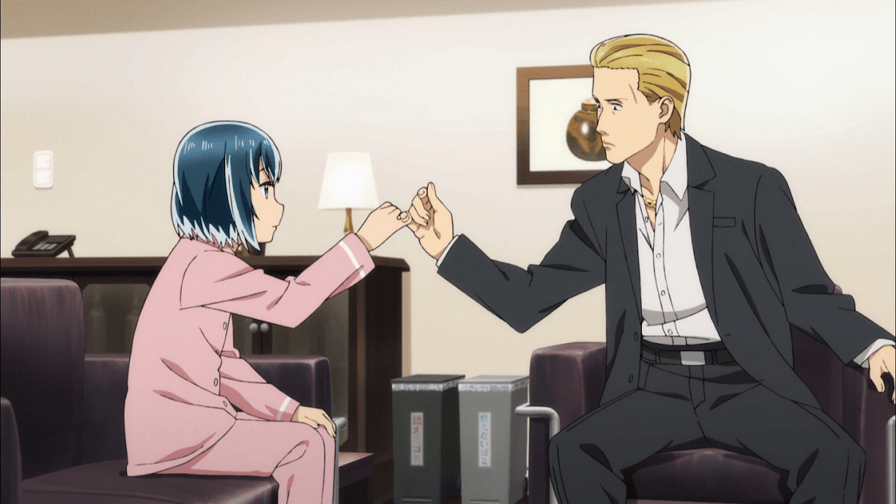 The life of a yakuza member named Yoshifumi Nitta changes forever when he comes across Hina, a mysterious girl who has extraordinary powers but barely knows how to control them. Since she has no guardian, Nitta decides to take care of her only to realize that she can help him immensely with his work. This marks the beginning of an unlikely partnership between Nitta and Hina that resembles the relationship between Mob and Reigen in a number of ways. Furthermore, Mob and Hina both possess incredible powers which are hard to control. For all the aforementioned reasons, ‘Hinamatsuri’ is a great show to explore for anime fans who like ‘Mob Psycho 100.’ 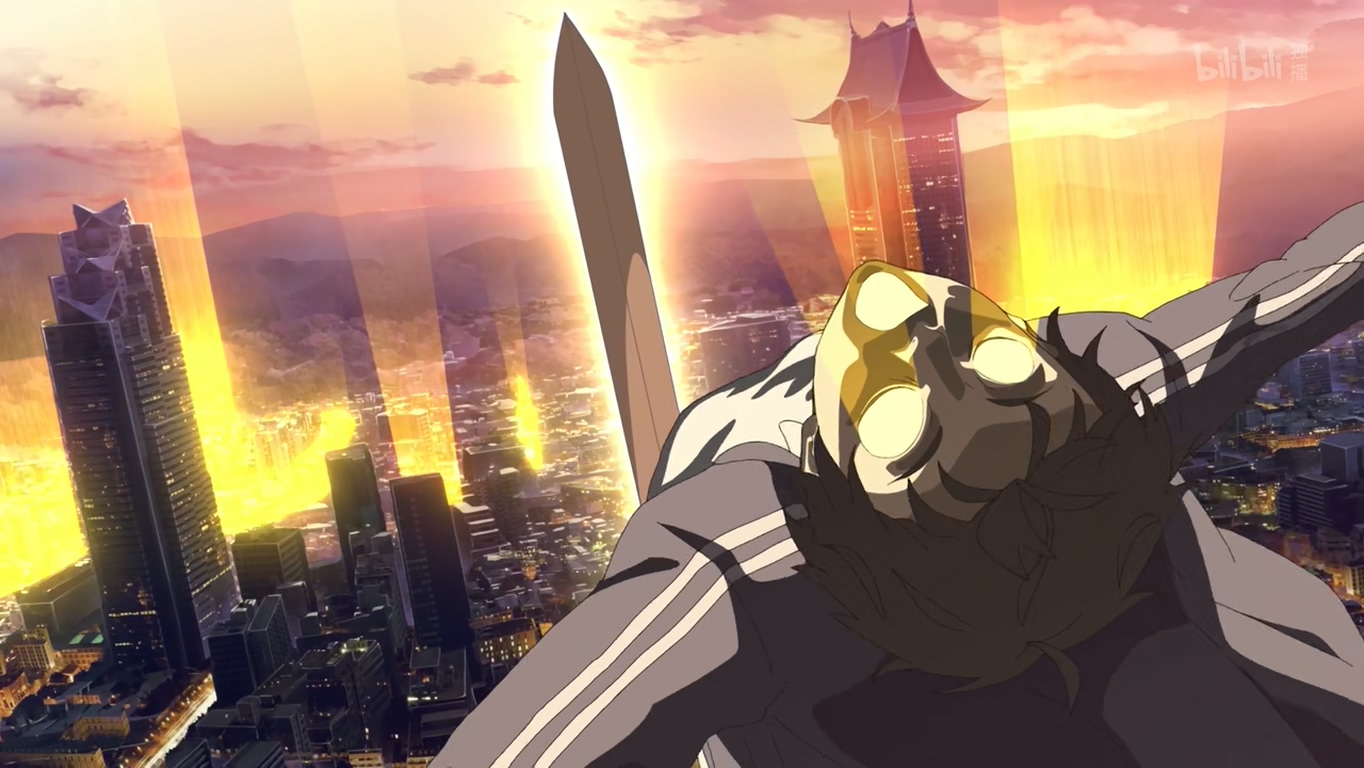 ‘Xian Wang de Richang Shenghuo’ or ‘The Daily Life of the Immortal King’ recounts the story of a high schooler named Wang Ling, who possesses so much power that he can potentially destroy the whole world any minute. Concerned that the worst scenario may come to pass, his parents have to use an amulet to put his power in check. Sadly, this is just a temporary solution, and as the amulet weakens its worst fears of Ling seem even more likely to be realized.

In order to save the world, Ling and his loved ones must fix the amulet or watch the world collapse. ‘The Daily Life of the Immortal King’ just like ‘Mob Psycho 100’ follows a school-going protagonist whose powers can run berserk and potentially destroy the world. Furthermore, the two shows also have their fair share of funny moments that keep viewers entertained. 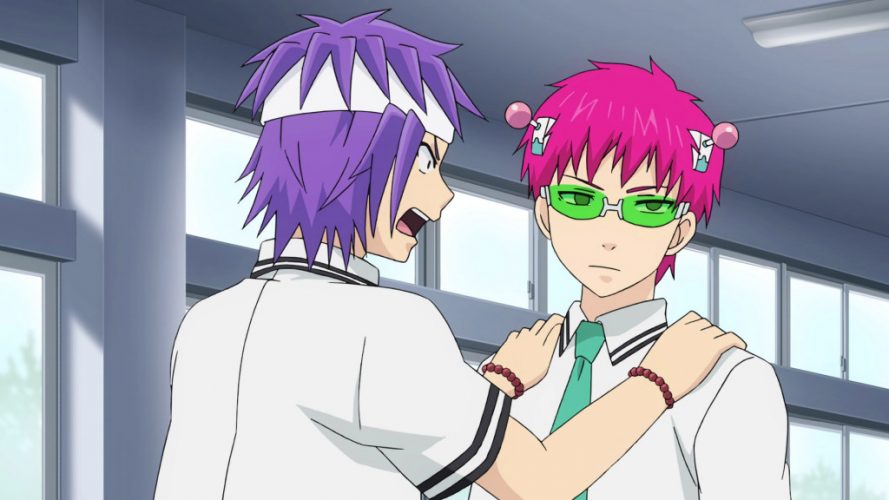 At first glance, Kusuo Saiki may seem like just another ordinary teenager. But he has the misfortune of being gifted with countless supernatural abilities that unnecessarily complicate everything. All he dreams about is to live a normal life without drawing too much attention to himself. Sadly, this turns out to be a seemingly impossible and unrealistic expectation as Kusuo keeps running into some conflict and soon realizes that living an ordinary life is far more complicated than he has previously imagined. 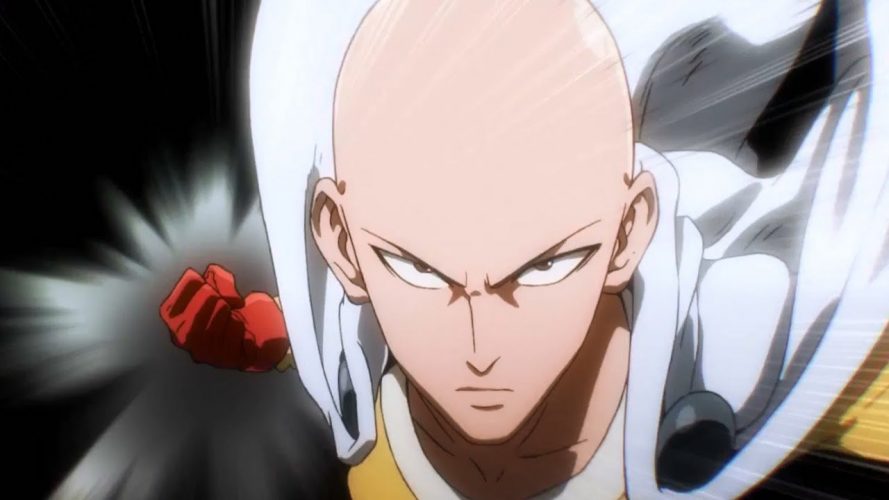 From a very young age, Saitama dreamt of becoming a hero. So he trained relentlessly for three long years and ended up becoming so powerful that he could defeat any enemy with barely a punch. But this also meant that fighting for the greater good was no longer exciting for him and it turned merely into a monotonous hobby. However, everything changed when 19-year-old cyborg Genos became his disciple and convinced him to join the Hero Association. This marks the beginning of Saitama’s journey as he strives to become recognized and regain the thrill of fighting villains.

‘One Punch Man’ and ‘Mob Psycho 100’ are both based on the work of popular mangaka One or Tomohiro. The protagonist in these two anime are overpowered and have quite similar calm and stoic approaches to life situations. In addition to all this, ‘One Punch Man’ and ‘Mob Psycho 100’ feature a lot of memorable fight sequences that make both of them a must-watch for fans of action anime.