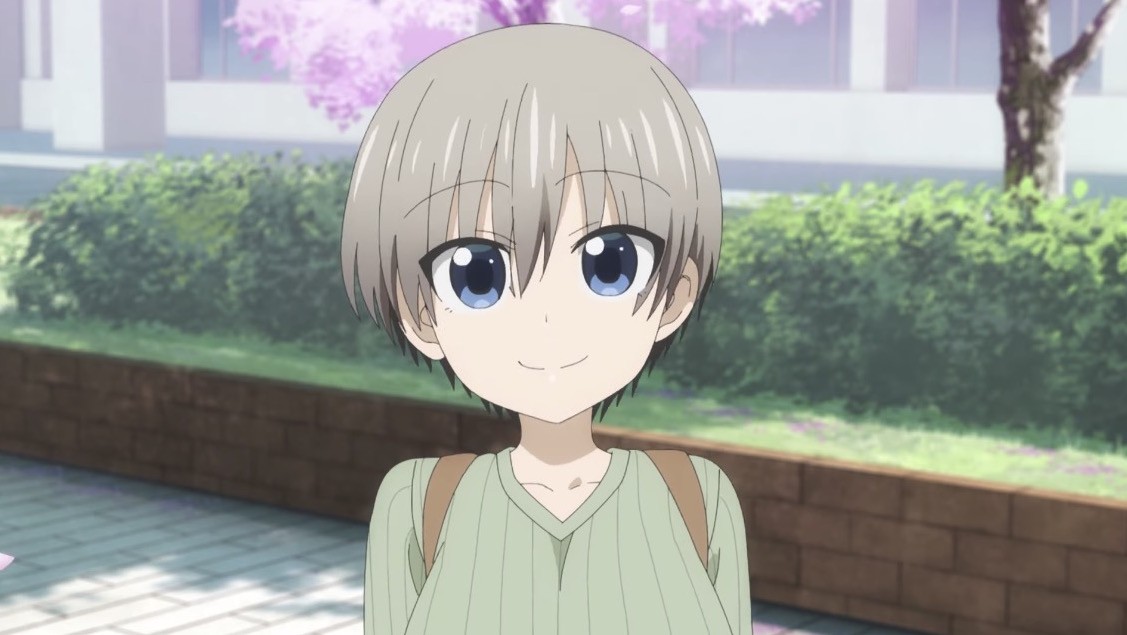 Over the years ‘Uzaki-chan Wants to Hang Out!’ has emerged as a well-known romantic comedy series with a huge global fanbase. The show recounts the story of Hana Uzaki, a freshman in college who comes across her once active upperclassman Shinichi Sakurai to realize that he has turned out to be a loner who prefers to stay at his apartment by himself playing video games. So, Hana takes it upon herself to ensure that her senpai is never alone. While Shinichi feels that she is quite annoying, he still allows her to do her thing and even tolerates her strange shenanigans.

While they are not dating, their close friends and people around them, in general, feel that they are a couple. The hilarious and sometimes emotional story of the eccentric duo has become popular with fans of rom-com anime. People who love the show, probably wish to watch more series similar to it. If you are someone like this, then we have got you covered. You can watch most of these anime similar to ‘Uzaki-chan Wants to Hang Out!’ on Netflix, Hulu, Amazon Prime, Crunchyroll, or Funimation. 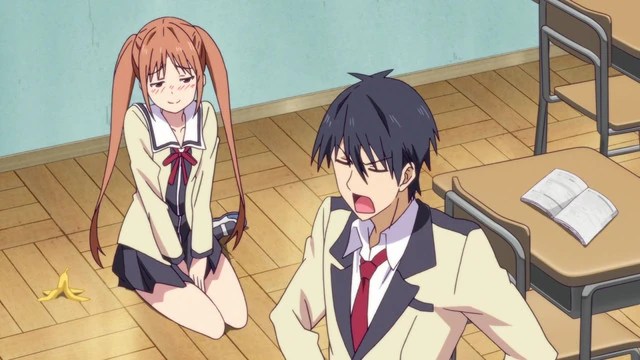 Yoshiko Hanabatake is a senseless and idiotic teenager whose antics have come to a point that even her mother has no hopes left. Luckily, her childhood friend Akuru “A-kun” Akutsu is kind enough to take on the daunting task of keeping her irrational and embarrassing stunts in check. While he goes to extreme lengths for her well-being, it soon becomes evident that Yoshiko is unlikely to give up on her usual shenanigans. The constant tension between Yoshiko and Akutsu will remind ‘Uzaki-chan Wants to Hang Out!’ fans of Shinichi and Hana’s complex relationship. While the anime may have a few differences, ‘AHO-GIRL’ is still a great series for anyone who is looking for a light-hearted rom-com. 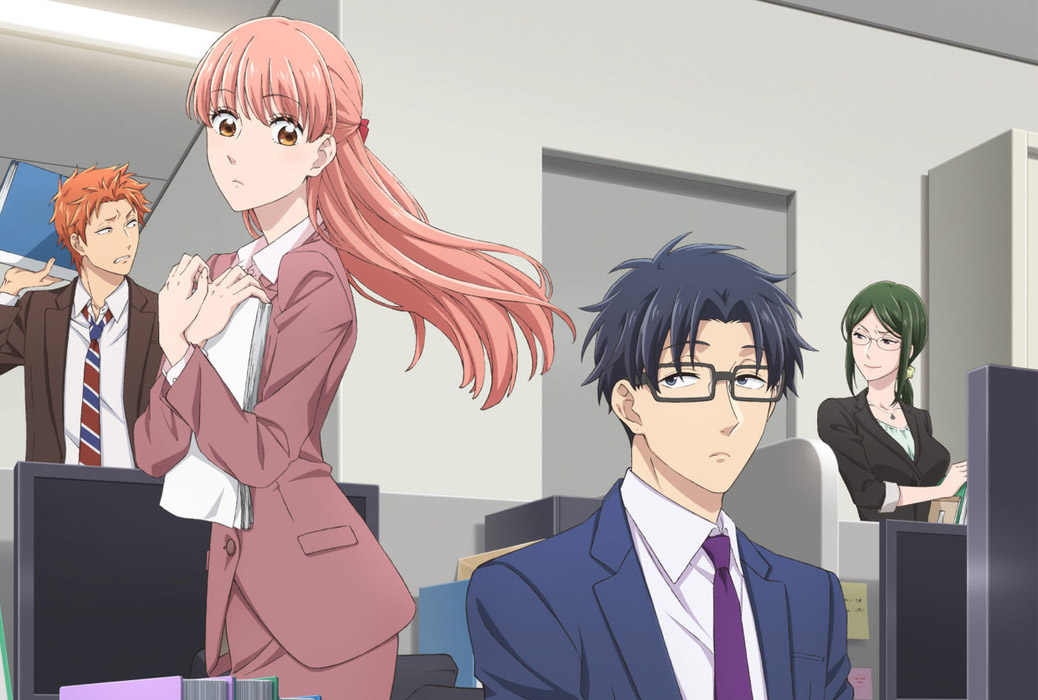 As Narumi Momose is all ready for her first day of work, she decides not to let her new colleagues in on the secret that she is actually an otaku and a fujoshi. Unfortunately, she soon finds out that her childhood friend Hirotaka Nifuji also works at the same company. While her cover is almost blown on the first day, things take an interesting turn when Nifuji proposes later that night and promises to support her through thick and thin.

This marks the beginning of Narumi ad Nifuji’s romance as the eccentric couple tries to keep their secrets while giving each other a supporting relationship to rely on. While the duo is not just friends like Shinichi and Hana, ‘Wotakoi: Love is Hard for Otaku’ is still worth watching for anyone looking for a good romantic show with eccentric characters. 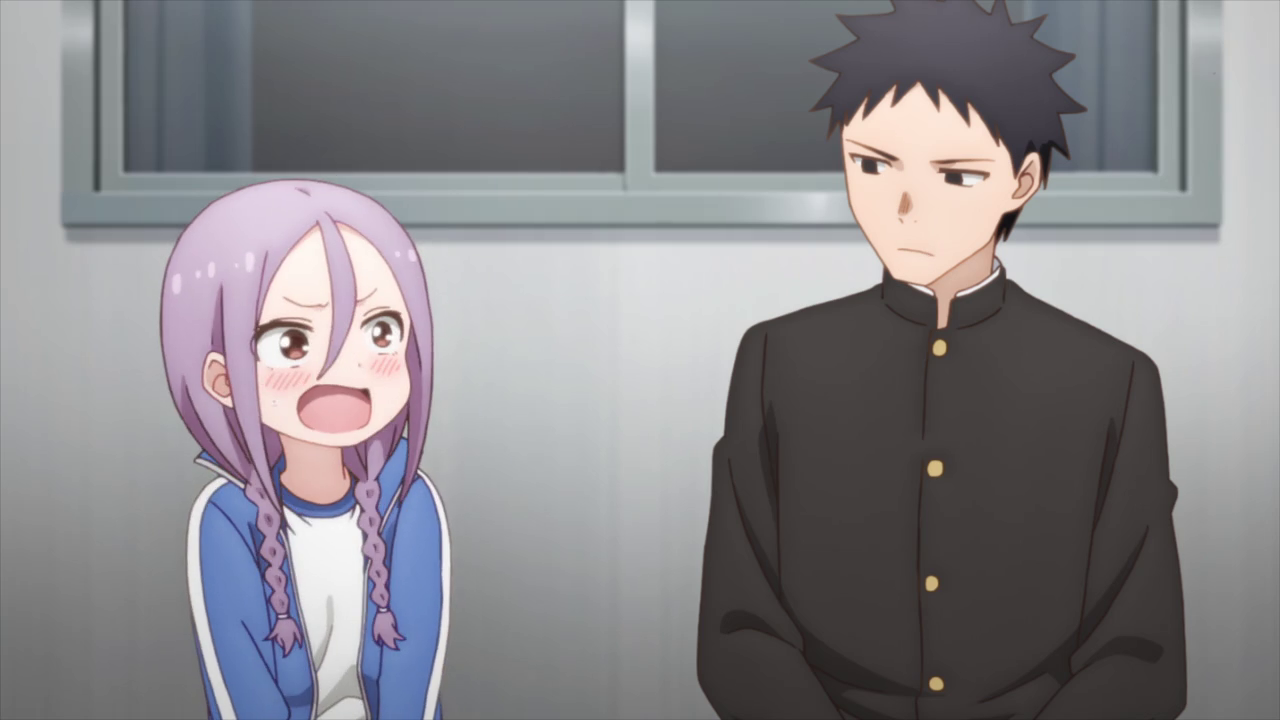 Ayumu Tanaka is a middle school kendo champion who decides to join the unofficial Shogi Club when he goes to high school. This strange shift in his interest is primarily inspired by his interest in the club’s president Urushi Yaotome. After falling in love with her, Ayumu has decided that he will only confess his feelings when he manages to successfully beat her in a game of shogi. This marks the beginning of his self-imposed restraint as he gets to know Urushi more as a person all the while becoming more acquainted with his own feelings. Although ‘When Will Ayumu Make His Move?’ is a lot different in many aspects from ‘Uzaki-chan Wants to Hang Out!’ anime fans who wish to watch a good rom-com series will still find it quite interesting. 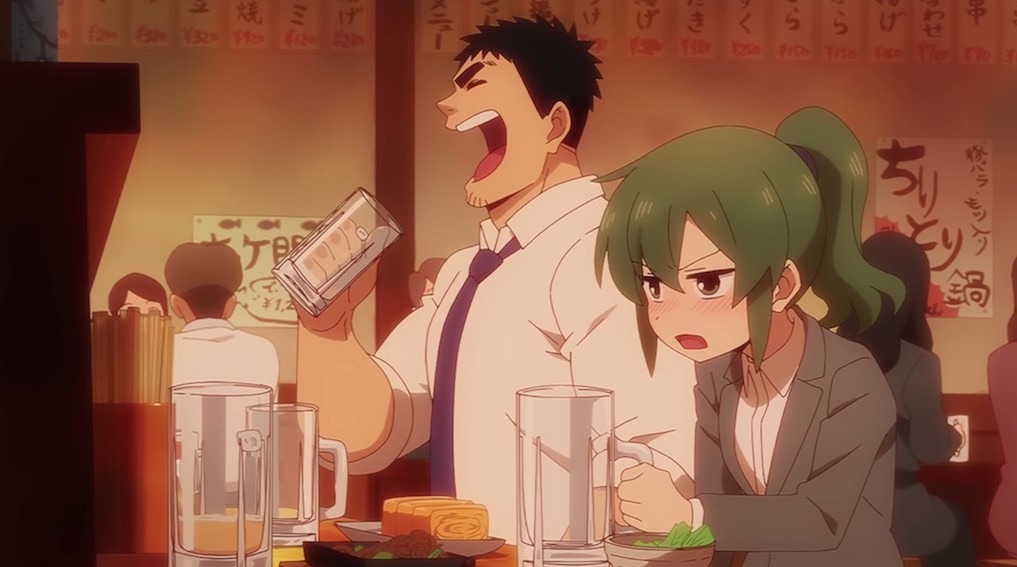 Looking for a comedy anime where the female protagonist shares a complicated relationship with her senapai? Well, ‘My Senpai is Annoying’ is probably the right show for you. The anime follows Futaba Igarashi, a saleswoman working for a trading company for the last two years who has been able to hold on to her job thanks to the help afforded to her by senior Harumi Takeda. While he is a reliable and kind coworker, Harumi likes to annoy and mock Futaba because of her short stature. But despite their regular squabble, the duo slowly develop a soft corner for one another quite like the eccentric duo from ‘Uzaki-chan Wants to Hang Out!’ 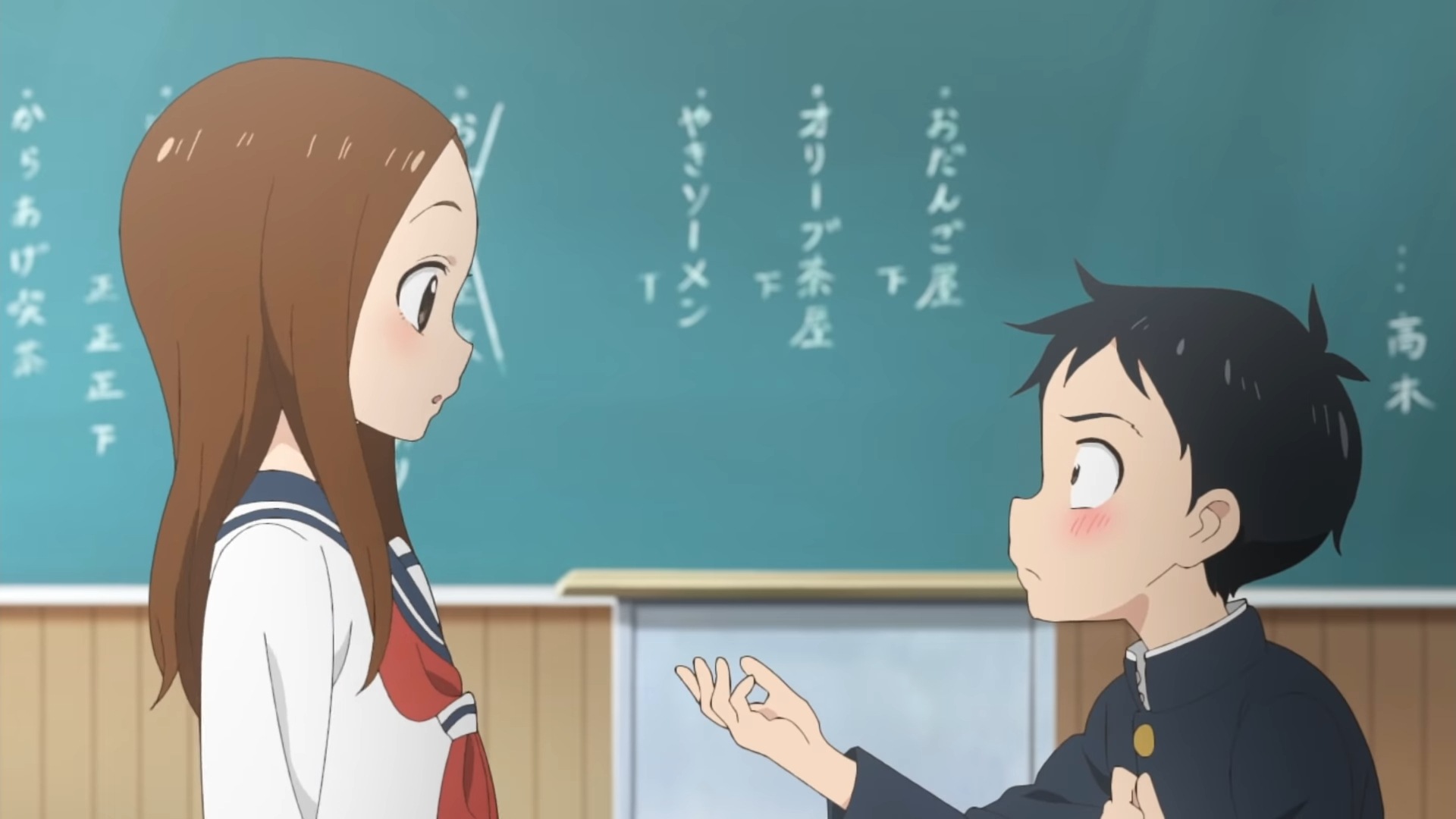 Takagi has known her classmate Nishikata long enough to understand how he would react in a particular circumstance. She uses his understanding for the sinister purpose of teasing him constantly and putting him in awkward situations. Tired of never having a good enough comeback, Takagi hopes to one day retaliate and embarrass Nishikata. As you may have already noticed, ‘Teasing Master Takagi-san’ is a comedy anime that follows an annoying female character who likes to tease her friend. Furthermore, the regular humorous and annoying antics that play out between the deuteragonist eventually bring them emotionally close to one another just like Shinichi and Hana in ‘Uzaki-chan Wants to Hang Out!’ Because of the thematic and other similarities, fans who love Shinichi and Hana’s story should definitely consider watching ‘Teasing Master Takagi-san.’

While recommending a good rom-com anime, it’s almost impossible to overlook ‘Kaguya-sama: Love is War’ which is arguably the best show of this genre. Like ‘Uzaki-chan Wants to Hang Out!’ the series also revolves around two acquaintances who fall in love but struggle to come to terms with it or open up about their feelings. Interestingly, Miyuki and Kaguya too like Hana and Shinichi are seen as the ideal couple but don’t really have a romantic relationship with each other in reality. The similarities in the premise and the overall theme make ‘Kaguya-sama: Love is War’ a great watch for fans who love ‘Uzaki-chan Wants to Hang Out!’ 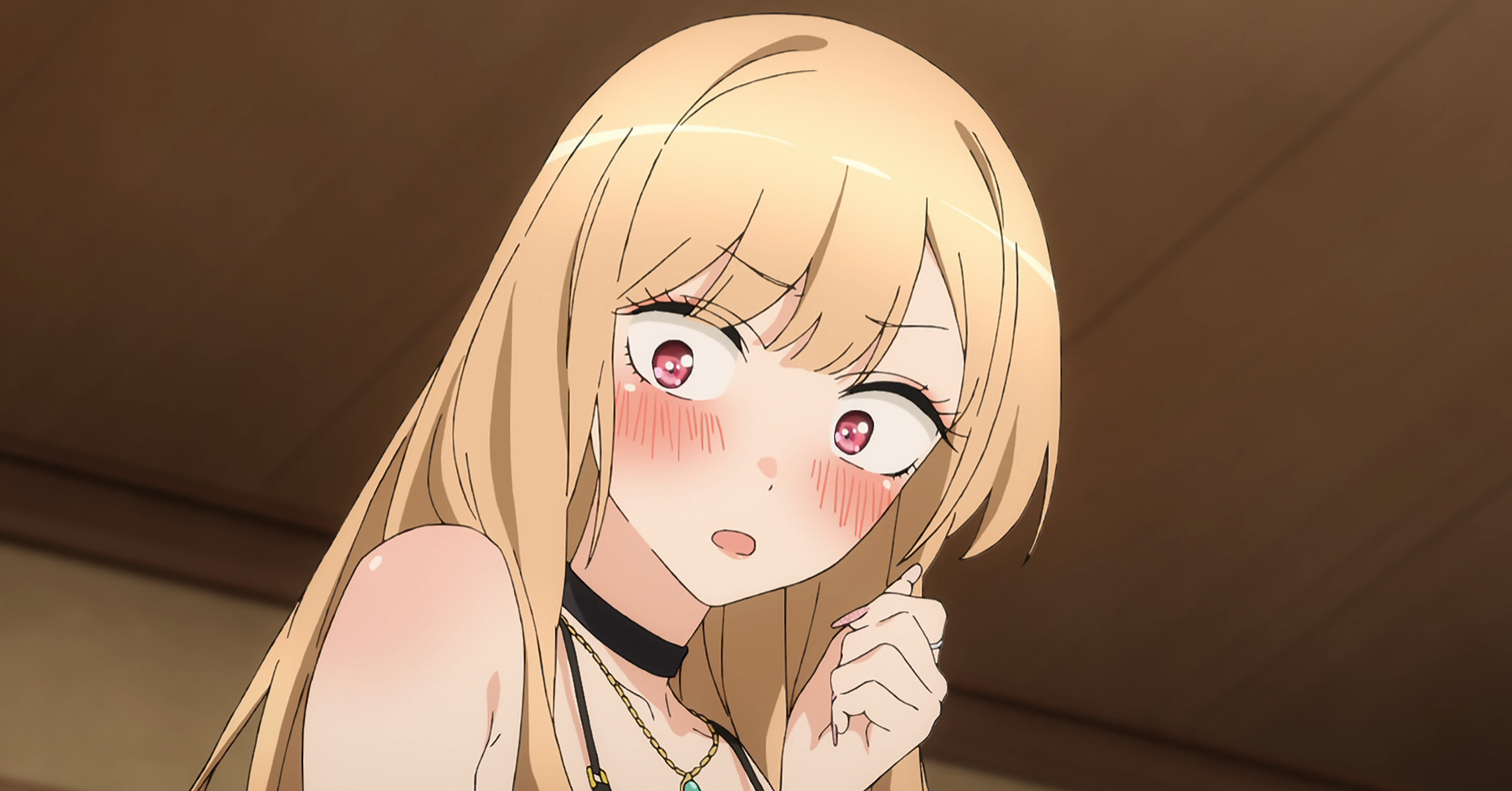 Wakana Gojou is an isolated high schooler who spends his time focusing on learning the art of making Hina dolls inspired by his grandfather and loves to sew clothes in his free time. The fear of being ridiculed pushes the eccentric teenager to keep his hobby a secret. Unfortunately, the popular and confident Marin Kitagawa accidentally learns about Gojou’s private hobby one day and confesses to him that she secretly enjoys cosplaying. Now that they know about each other’s confidential avocation, the duo sets out to help one another in their own ways and eventually become emotionally entangled. ‘

My Dress-Up Darling’ or ‘Sono Bisque Doll wa Koi wo Suru’ like ‘Uzaki-chan Wants to Hang Out!’ follows a loner who is constantly challenged by a girl in his life. The eccentric duo in both stories eventually develop emotions for each other and there is a ton of humorous moments that keeps the viewer entertained. So the fans who love the latter will probably find the former entertaining as well. 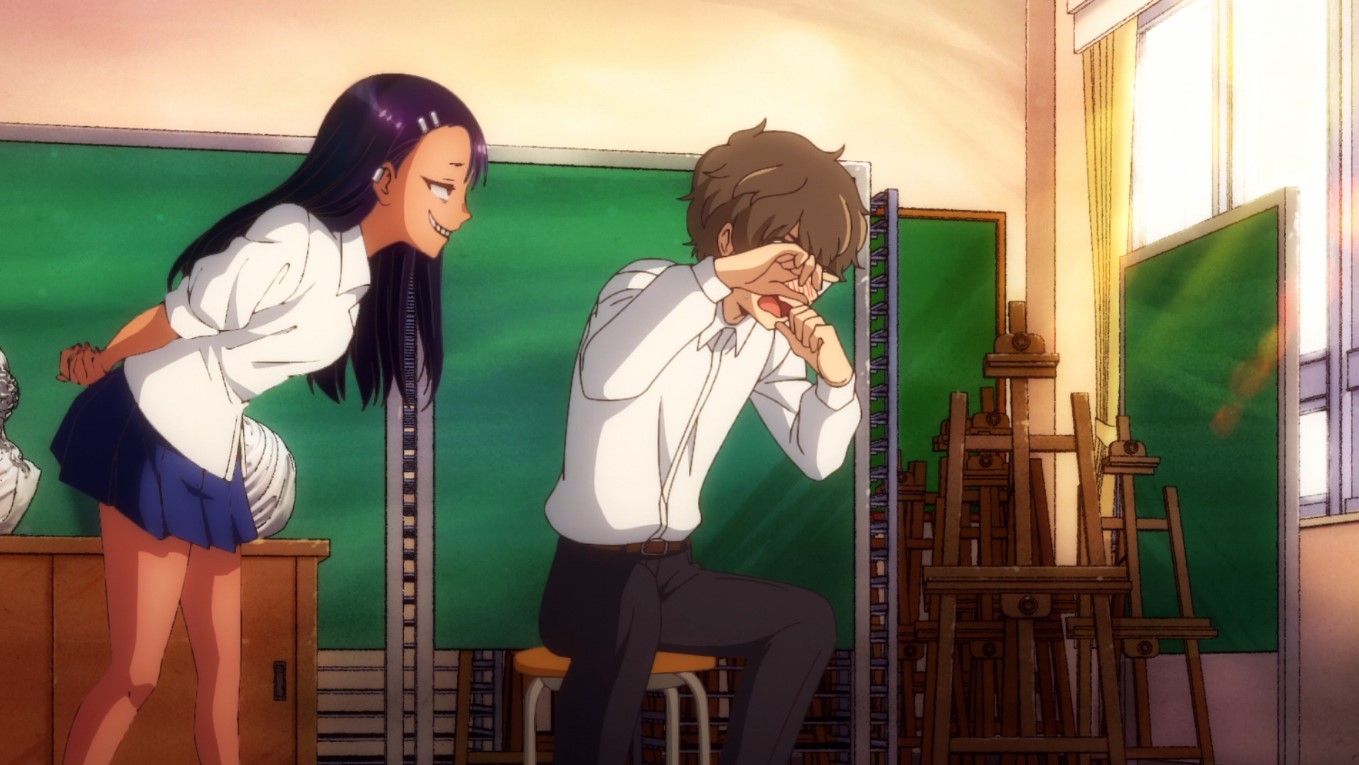 Naoto Hachiouji’s life changes unexpectedly when he meets a first-year student named Hayase Nagatoro in the library. After realizing that he is socially awkward and is working on a manga, Hayase decides to tease the innocent boy and even starts calling him senpai. Unfortunately for Naoto, this is just the beginning of Nagatoro’s antics and she starts bothering and embarrassing him regularly.

While this is initially quite problematic for him, a strange friendship soon develops between the eccentric duo as they start relying on each other. People who love ‘Uzaki-chan Wants to Hang Out!’ should therefore check out ‘Don’t Toy with Me, Miss Nagatoro’ as the deuteragonist in both anime share almost identical relationships. Furthermore, the comedy scenes in these shows are well-written and keep viewers engaged despite the otherwise slow development of the characters’ emotional bond.