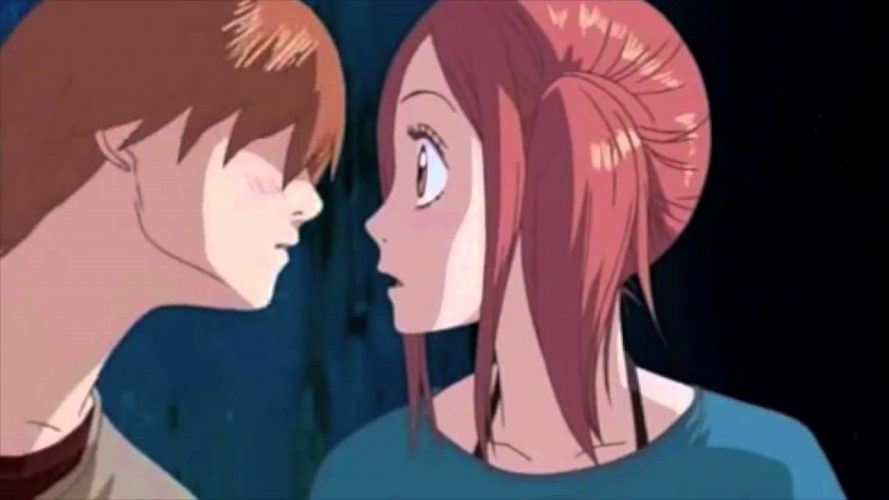 Romantic comedies are the most well liked out of all the different kind of films. They are easy to watch and leave you feeling good. You don’t need a day, time or place to start watching rom-coms. Be it in the cosiness of your bedroom or thousands of feet above ground on a plane, you can watch and enjoy rom-coms anyplace and anytime. Anime, one of the most popular kind of art nowadays, is not untouched from the magic of romcoms. When it comes to romantic comedies, Japan has a knack for producing contents with a wide range of themes and emotional contrasts. We have curated a list if you want to indulge in some really good rom-com anime of past few years. Here’s the list of top romantic comedy anime of all time. You can watch several of these best rom-com anime on Crunchyroll or Netflix.

‘Fruits Basket’ is a nice anime to start your journey. Not a typical rom-com per se, ‘Fruits Basket’ does possess few intrinsic traits. It’s the story of teenager Tooru, who after the death of her mother, moves in with her grandfather. But due to her grandfather’s house being renovated, she decides to live in a tent as she doesn’t want to be a burden to others. After an accident, she meets Yuki Souma and his cousin Shigure Souma who invites her to stay with them in their house for a few days. However, Tooru soon faces the dark secrets of Yuki as things take a complex turn. She meets zodiac creatures as her resilience tries to break the curse of Yuki.

Based on the light novel by the same name, ‘Golden Time’ is a positive anime featuring good-looking young people doing young people things. Our guy Banri Tada has suffered from an accident that rendered him, amnesiac. He’s forgetting his past and belongings as he is admitted to a law school in Tokyo. Just when he thought his life couldn’t go anywhere, he befriends Mitsuo Yanagisawa and decides to give his life another shot. However, everything is changed when he meets a girl named Kouko Kaga as his life takes a turn for good.

‘Honey and Clover’ has been made available to general masses in various versions of manga series, anime film and also as a live action film. The main story remains intact. The story is typically about teenage love that will make you sob like a little kid. We have three college boys from a modest background. They all are different in nature as Yuuta, Takumi, and Shinobu share a low rent apartment. Yuuta and Shinobu both fall in love with a new girl Hagumi Hanamoto yet both chooses two different ways to deal with their emotions. Meanwhile, Hagumi befriends Ayumi who loves Takumi. The series is full of raw emotions as young people witness the pleasure and pain of being in and falling out of love.

‘My Love Story’ pitches the unconventional love story of Takeo Gouda. Now Takeo is unlike any other typical freshman of love stories. He’s big, muscular, intimidating and lacks finesse when it comes to talking to girls. His outward appearance often covers up his soft and brave heart. The girls he likes often get intimidated by his stature while best friend Makoto Sunakawa is charming and a chick magnet. Finally, Takeo falls hard for beautiful Rinko Yamato when he saves her from a sexual assault and Makoto attempts to act as cupid for his friend while searching for his own better half.

‘My Little Monster’ focuses on the relationship between Shizuku Mizutani and Haru Yoshida. Shizuku is a girl who is disinterested in everything other than her studies. Naturally, she doesn’t have friends. Things change when she meets Haru. Haru is a boy who sits beside her in class but he doesn’t attend school regularly. He is erratic and violent and is devoid of companies of classmates. Haru falls head over heels when he meets her in his home. He immediately addresses her as his friend and the two instantaneously strike a deep bond of love and friendship while exploring their complex nature and overcoming their shortcomings.

‘Special A’ features Hikari Hanazono as the ever competing girl with Kei Takishima. In childhood, after being introduced by their fathers, Hikari challenges Kei for a wrestling match, only to be beaten thoroughly. After her disillusioned perceptions about her abilities are thwarted, she harbors the need to beat Kei at everything, from athletics to academics. She enrolls in the same prestigious institution where for years the two are part of a 7 member elite group called ‘Special A’. Hikari wants to beat Kei at everything while Kei secretly entertains special feelings for her. It’s all about the lives of the Special A depicting their competitions, love, and emotions.

Our girl Nanami Momozono is having a hard life. Her father is poverty-stricken and she has no clue about what to do with her life. One day in a park, Nanami saves a man from being chased by dogs and the man named Mikage in return rewards her by gifting his home to her. Upon arriving, Nanami realizes that the house is a shrine for worship and she meets Tomoe who is Mikage’s familiar. Nanami is handed over the onus of Earth deity as she invests herself for the holy duty. Nanami falls for Tomoe while Tomoe shuns his own feelings for her as taboo. They both live complex lives as supernatural threats loom large over Nanami.

‘Skip Beat!’ revolves around the growth of the protagonist, Kyoko Mogami. Kyoko is a teenager who has toiled hard since childhood in order to provide and support her childhood friend Shotaro Fuwa, out of love for him. Kyoko arrives with Sho in Tokyo where she works behind the glitz, relentlessly, to make Sho, a known face in the music industry. One day she learns Sho’s true feelings for her. He thinks of her as a plain girl, only to be used as his personal servant. Propelled by heartbreak and vengeance, Kyoko vows to beat Sho at his own game by becoming a bigger star than him. She transforms herself completely as she starts her journey towards greatness.

Kotoko Aihara, a high-school girl, has always loved Naoki Irie. Naoki is a bright student, handsome, intelligent and great in athletics. Kotoko confesses her love for him but Naoki rejects her disgracefully. However, after an earthquake destroys Kotoko’s house, she is made to live with Naoki in his house. As fate has it, Kotoko gets another chance to impress and live with her crush. With time, Naoki too develops special feelings for her as the two start a complex relationship.

In ‘Gamers’, the premise is set through the world of gaming. Keita Amano is a simple high school boy who is an ardent player of video games. He has talents but he normally plays by himself. Things change when he meets the school’s cynosure, a cute girl named Karen Tendou. Karen introduces Keita to the world of competitive gaming through the school’s gaming club. However, the seriousness of the world of competitive gaming is completely in contrast to Keita’s notions. This triggers a change in his lifestyle as he struggles with extra attention while his romantic emotions become more complex.

‘Ouran High School Host Club’ revolves around Haruhi Fujioka. Haruhi is an intelligent girl who studies in elite Ouran High School through scholarships. Her lack of famous family heritage differentiates her from her classmates. One day she accidentally barges into a secret room that acts as a host club of rich boys who entertain their female companions. She accidentally breaks a very expensive antic vase there and is made to compensate for that as an errand boy. However, her somewhat masculine personae and gender-ambiguous appearance help her to be promoted as a host and she experiences wild adventures.

Raku Ichijo is a high school kid with the legendary family name of yakuza behind him. He’s a typical teenager, oblivious about the values and duties that come with the name. However, things change when a rival gang named Beehive gets into a heated battle with Yakuza. In order to maintain peace, Raku is made to be in a romantic relationship with Beehive heir, Chitoge Kirisaki. But Raku and Chitoge had previously started off on the wrong foot as they pretty much detest each other. They have to pretend as Raku has a crush on another girl. Combine this with Raku’s secret childhood promise to an unknown person and his growing confusion between his crush and Chitoge, we have a perfect rom-com anime for you.

The Seika High School is infamous for its wayward and undisciplined male students and even after achieving co-ed status in recent years, girls are a minority. One Misaki Ayuzawa attempts to change things for good as she becomes the first female student council president. She’s termed as boy hater demon president and has established an invincible image for herself in school. But she has a secret. She serves as a maid at a maid cafe to support her family and one day, school’s popular student Takumi Usui appears at the cafe. Soon they strike a secret relationship but Takumi’s illegitimacy and his royal family’s wish threatens their world.

‘Toradora’ is all about coming together of two people from different circumstances. Ryuuji Takasu is a soft-hearted person whose hard and intimidating looks suggest otherwise. Taiga Aisaka is a bubbly little doll-like girl but is actually a total badass. After a chance encounter, they meet each other. Things come to the fore that Ryuuji has a crush on Taiga’s best friend while Taiga secretly has feelings for Ryuuji’s best friend. Together these two form an unlikely pair in order to fulfill each other’s journey towards love.

Lovely Complex is pretty amazing. We have an unconventional duo of Risa Koizumi and Atsushi Otani. They have heights that are uncommon for a boy and girl. Risa is a towering girl of 172 cm while Atsushi is a boy of merely 156 cm. Plot intensifies when the crushes of these two fall in love with each other thereby leaving these two in a heartbroken state. The anime exudes a lot of comic moments as Atsushi and Risa start helping each other in their pursuit of love. Their conversations and activities appear comic while these two develop feelings for each other.