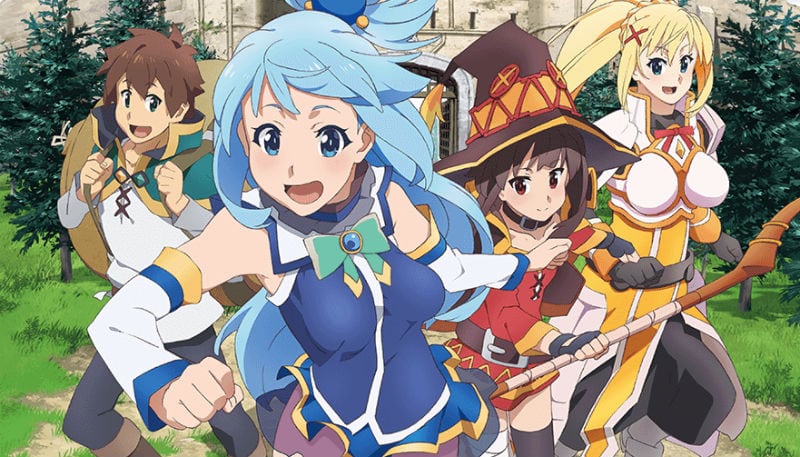 ‘KonoSuba: God’s Blessing on This Wonderful World!’ is one of the best isekai anime parody. The anime has been really popular. The plot follows Kazuma Satou, an ordinary guy who was returning after buying a game. But he ends up dying in the most laughable and pathetic way. He ends up in a world where a Goddess, Aqua, gives him a choice to go to heaven or to be reincarnated in a game world. He chooses the latter. Once there he gets the task to defeat the demon king. He is again given a choice. He can choose any item to aid him and Kazuma chooses Aqua. But turns out she is really useless. If you are a fan of the show and have been wanting to watch anime similar to ‘KonoSuba‘ then here’s a list for you. These are the anime like KonoSuba that are our recommendations. You can watch several of these anime like Konosuba on Crunchyroll or Netflix. 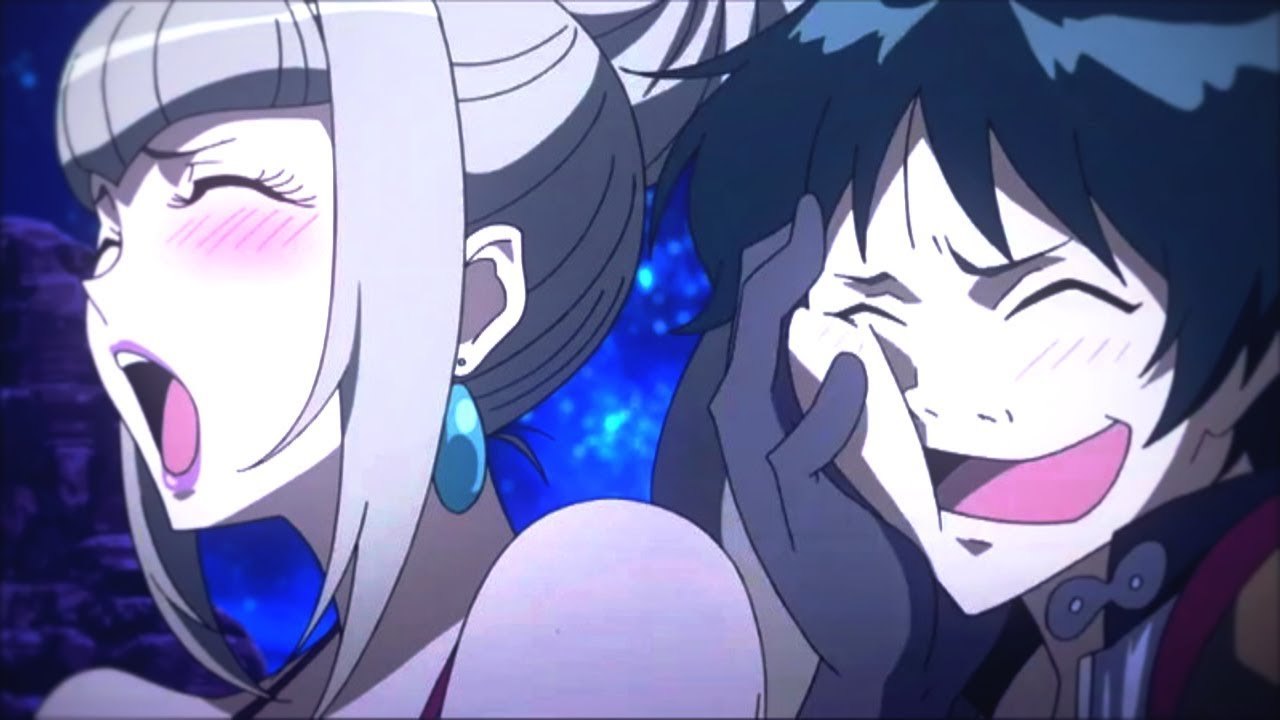 If you liked ‘Konasuba’ due to its funny content then there’s a chance you might enjoy ‘Ixion Saga DT’. It is a comedy/fantasy genre anime set in an alternate world. There are a total of 25 episodes in this series with each episode being 24 minutes long. Kon Hakaze is a serious gamer. He loves playing video games. One day he gets a request from a female character upon accepting which he gets transported to another world known as Mira. Alma is the mysterious energy which fills this world. Upon arriving he saves Princess Ecarlate from some attackers. This gets him involved in a struggle which revolves around this enigmatic energy. Follow the adventures of Kon in this fantasy world. 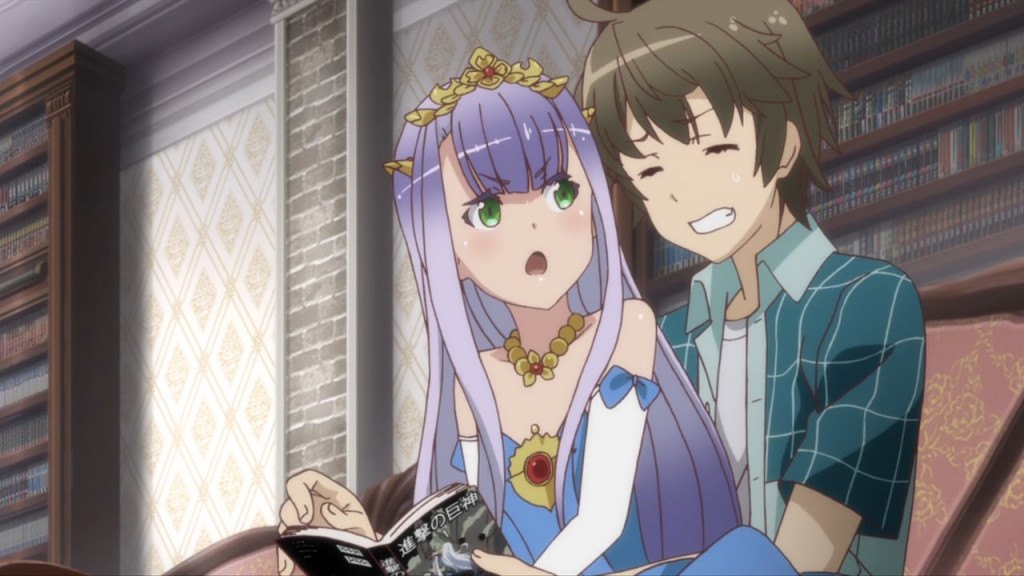 Looking for an isekai anime with harem theme? Then give ‘Outbreak Company’ a try. It is a funny anime and has a total of 12 episodes with each episode being 24 minutes long. It is also a nice parody of other such anime. Never would have Shinichi Kanou thought that being an Otaku will be so important. To get out of seclusion Shinichi starts searching for a job but someone kidnaps him. He then finds himself in a place which resembles a sort of fantasy world which has dragons, elves etc. The Government has actually given Shinichi an important task. He needs to spread the Otaku culture in this strange island by working as an ‘Otaku Missionary’. With vast experience in manga, anime, and video games Shinichi takes on the task to unite the island under the otaku culture. 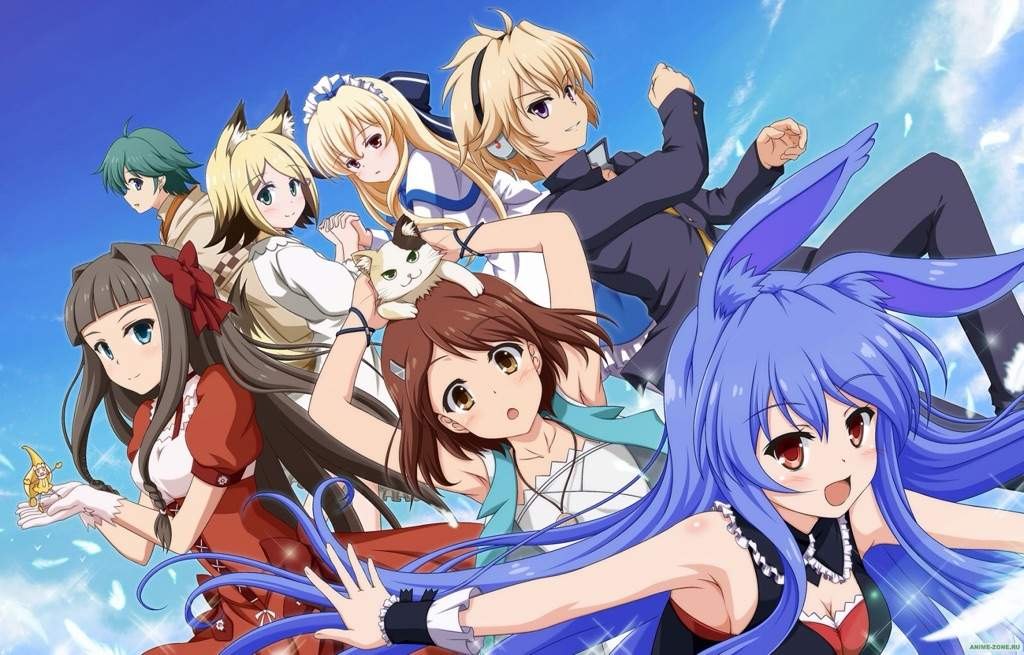 ‘Mondaji-tachi ga Isekai kara Kuru Sou Desu yo?’ is a fantasy anime which revolves around the adventures of three teenagers. Asuka Kudou, Izayoi Sakamaki, and You Kasukabe. They have psychic powers but they feel that their life is mundane and boring. One day they receive an invitation to a different world. There they meet a bunny-girl by the name of Kurousagi who tells them that they have been brought here to participate in high stake games using their powers. But to do that they first need to join a community. The trio learns that Kurousagi’s community has lost its official status after losing a game against demon lord. They decide to join this community work hard to revive it back to its glory. 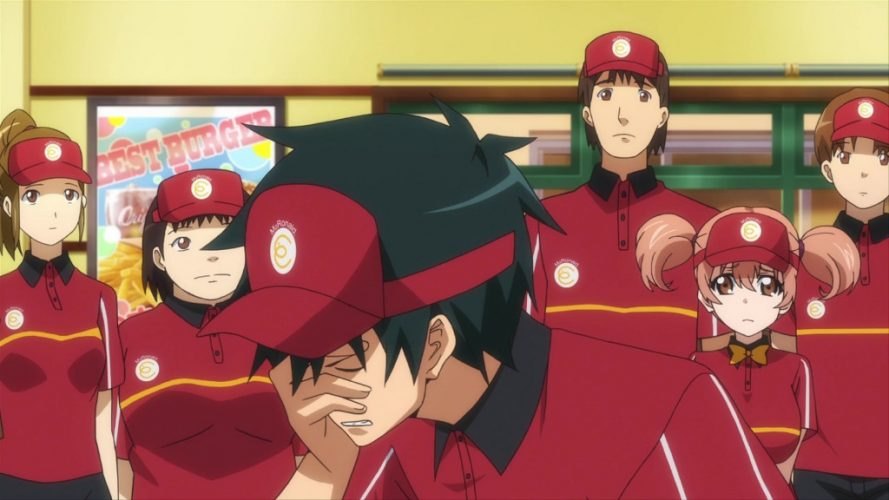 Imagine being the demon lord, Satan. You are about to conquer an empire but some hero foils your plan and you have to retreat hastily only land in a place where there is no magic and you are basically just ‘normal’. Yes, that’s what happens in ‘Hataraku Maou-sama!’. Satan uses his powerful demon army to conquer the land of Ente Isla. But his conquest comes to an abrupt halt when the hero Emilia foils his plans. Desperate, Satan flees via a portal only to land in the world of humans. Here he has no magical powers and has to work like normal humans do to survive. He finds work at a restaurant by the name of…wait for it…..MgRonald’s. Get ready to watch the everyday life of humans through the eyes of the Lord of Hell. 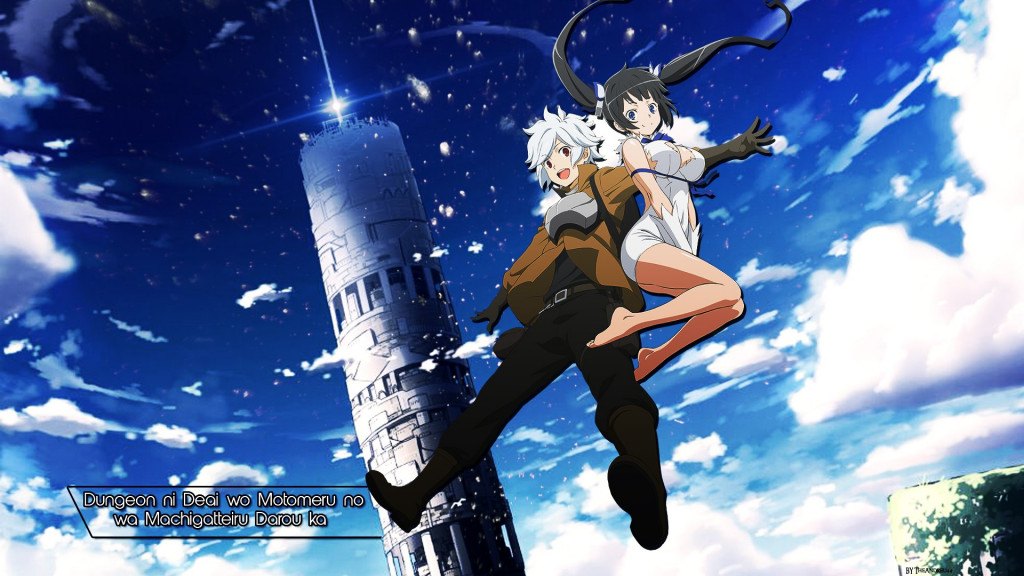 ‘Dungeon ni Deai wo Motomeru no wa Machigatteiru Darou ka’ is a  fantasyanother popular anime. It is fun and entertaining to watch. Also, since it is just 13 episodes you can easily binge it. In the world of this anime Gods and humans coexist. Bell Cranel, the protagonist of the anime dreams of becoming the greatest adventure. He gets a step closer to his dream after meeting the lonely Goddes Hestia. Hestia decides to support him on his adventure and the duo decides to venture in the catacombs of their city. But navigating through this place is extremely dangerous as monsters and other terrifying creatures lurk this place. Join the odd pair in their quest to go on the greatest adventures. 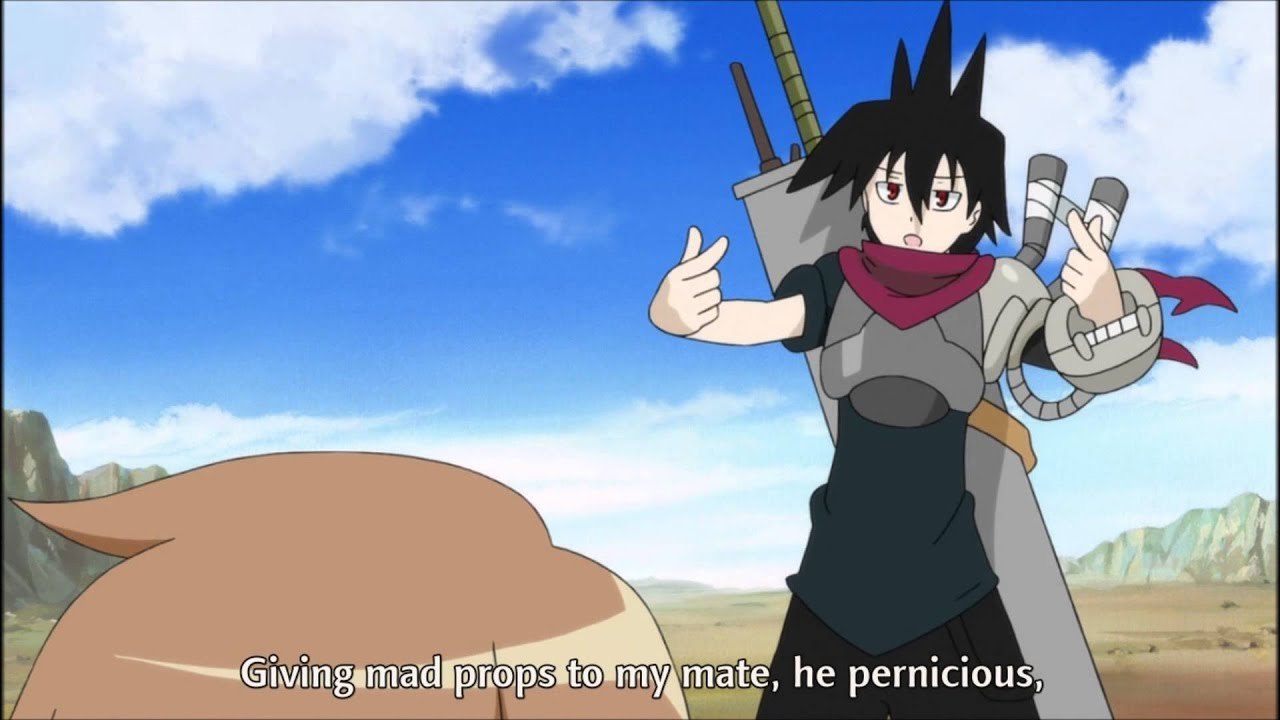 The Demon Lord Rchimedes was a threat to our world. He used to his power to spread terror. But thankfully, a hero by the name of Creasion defeats and seals him away, thus liberating the world of the latter’s demonic threat. A thousand years have passed since that event and they have passed peacefully until now. It seems that there’s a mysterious hole which has opened between the realm of humans and demons which has given the demons the chance to attack humans. The king tries to find the descendant of Creasion but it is a difficult task. So, he selects 75 possible candidates one of which is Alba Frühling who does not have great skills but a soldier by the name of Ross accompanies him and helps him out in times of trouble or rather he is supposed to. Turns out Ross is sadistic enjoys Alba’s suffering. Will the duo be able to defeat the demons and seal the demon lord? 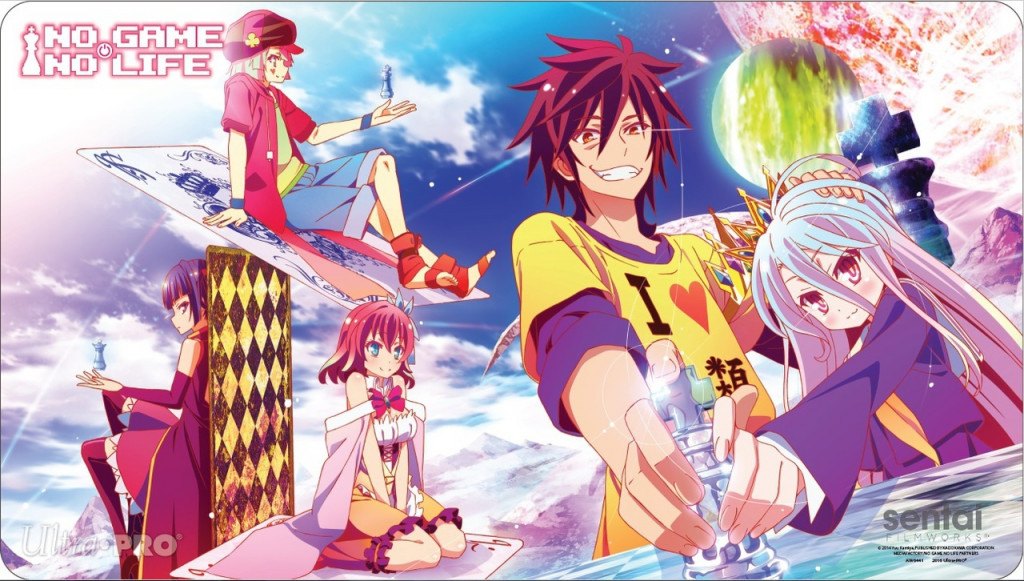 ‘No Game No Life’ is no doubt a decent game anime out there. It is funny and entertaining. The art and animation of the anime are really beautiful and is visually appealing. The anime also has the ecchi theme so if you are into that kind of stuff then it will be more fun. Sora and Shiro are siblings who love to play games and are so good at it that their username, Blank, has achieved legendary status. The siblings after accepting a request for a game of chess find themselves transported to Disboard, a place where every discord finds settlement via games. So, no bloodshed or war just solve problems by kids games. The ruler of this game world is Tet, the God of games. The duo decides to unite all the races of Disboard and defeat Tet so that they can become the God of this world. 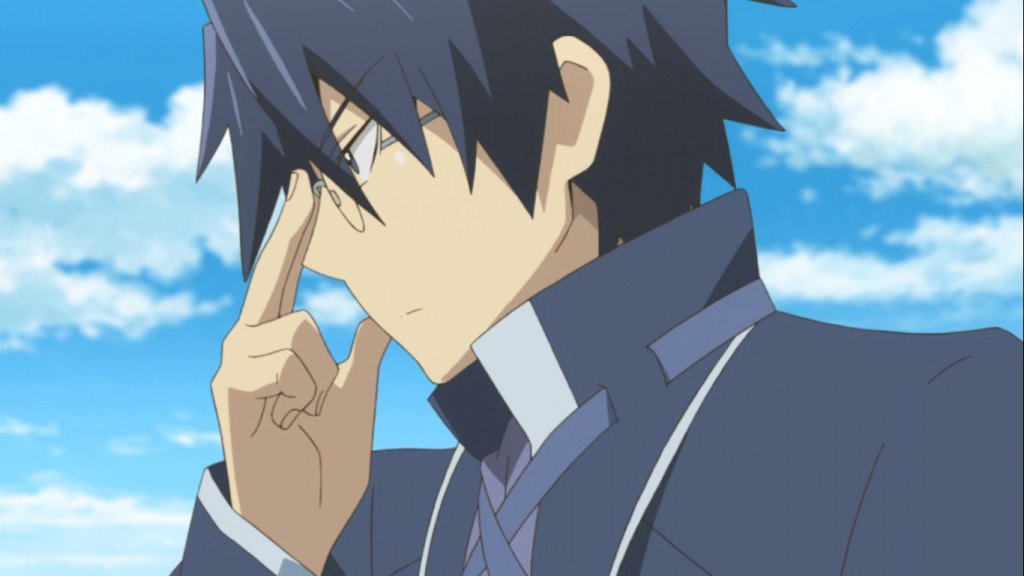 ‘Log Horizon’ is another immensely popular isekai anime where the characters end up getting into an MMORPG game world. In this anime, Elder Tale is a popular MMORPG game and thousands of people play it. But after the latest update, some thirty thousand players get trapped in the game and are unable to log out. Shiroe, the protagonist of this anime, though socially awkward is an expert in this game. So, it doesn’t take him long to recover from bewilderment as he starts to explore this new world. Shiroe will have to unite other players and negotiate with the in-game characters to bring stability to this world and make the best of the situation they are in. 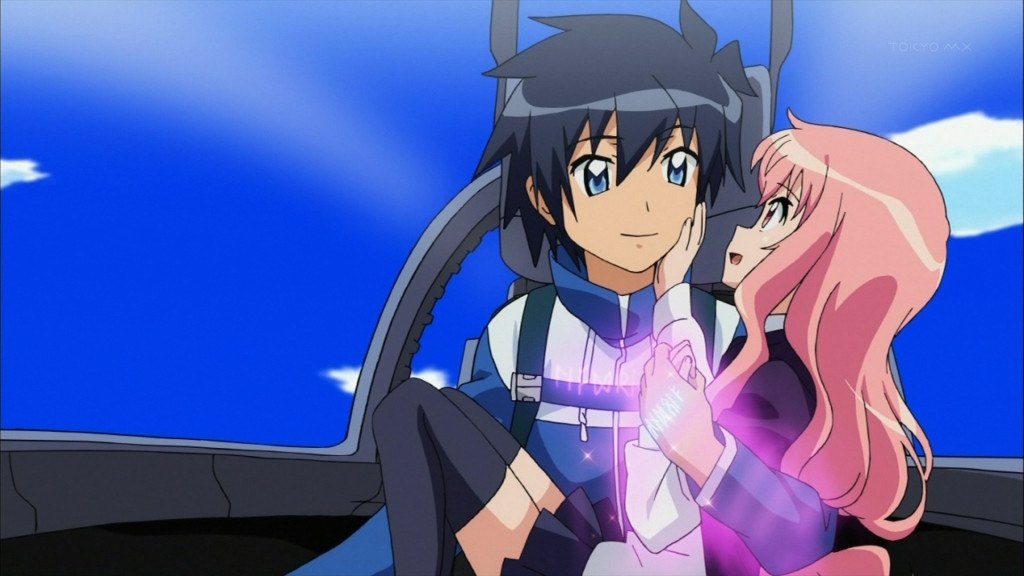 ‘Zero no Tsukaima’ is an anime which is suitable for viewers who love watching magic-themed anime with lots of funny content and an underlying theme of romance. Louise Françoise, the female protagonist of the anime, is an arrogant mage who only thinks about herself. But she isn’t very good at magic and has a problem casting simple spells. Saito Hiraga is a normal boy from Japan who after picking up his laptop from a repair shop finds a portal. When he touches it he gets transported somewhere else. Turns out when Louise was trying a summoning spell an explosion happened which summoned Hiraga. Deeming him a useless familiar Louise treats Hiraga as a slave making him do all her chores. But everything changes when the mark of a very powerful familiar is found on Hiraga. 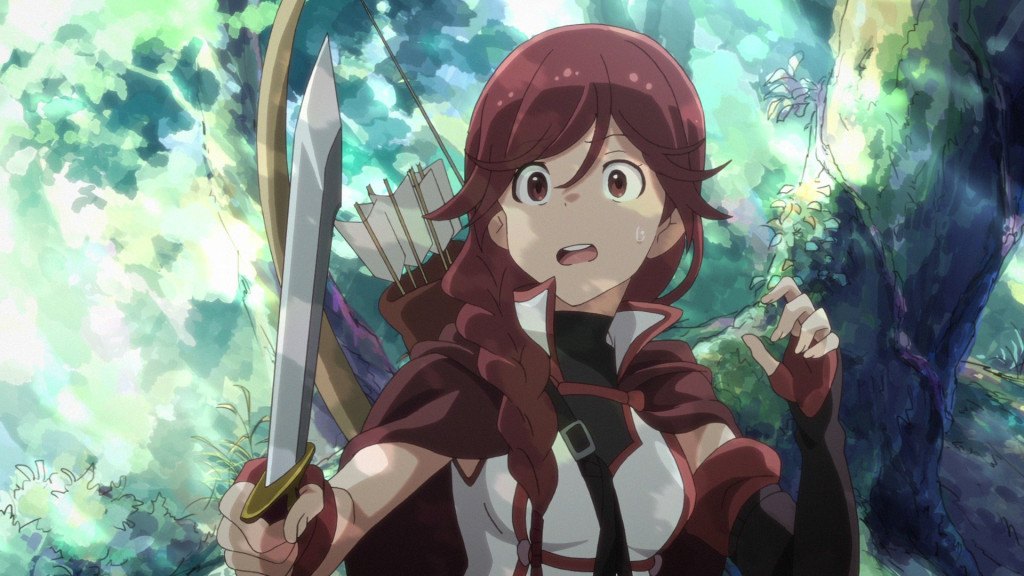 ‘Grimgar’ is a game-like world where a group of strangers, most likely from Earth, have been transported to. They have little to no recollection of their origin or how they got there. They even have no idea about their name. To survive they decide to join the army but only the strongest got jobs and rest are left behind. They come together to form a group to be able to survive in this world which may look like something out from a game but is far from it. Here once you are dead there’s no restart. So, you either kill or be killed. 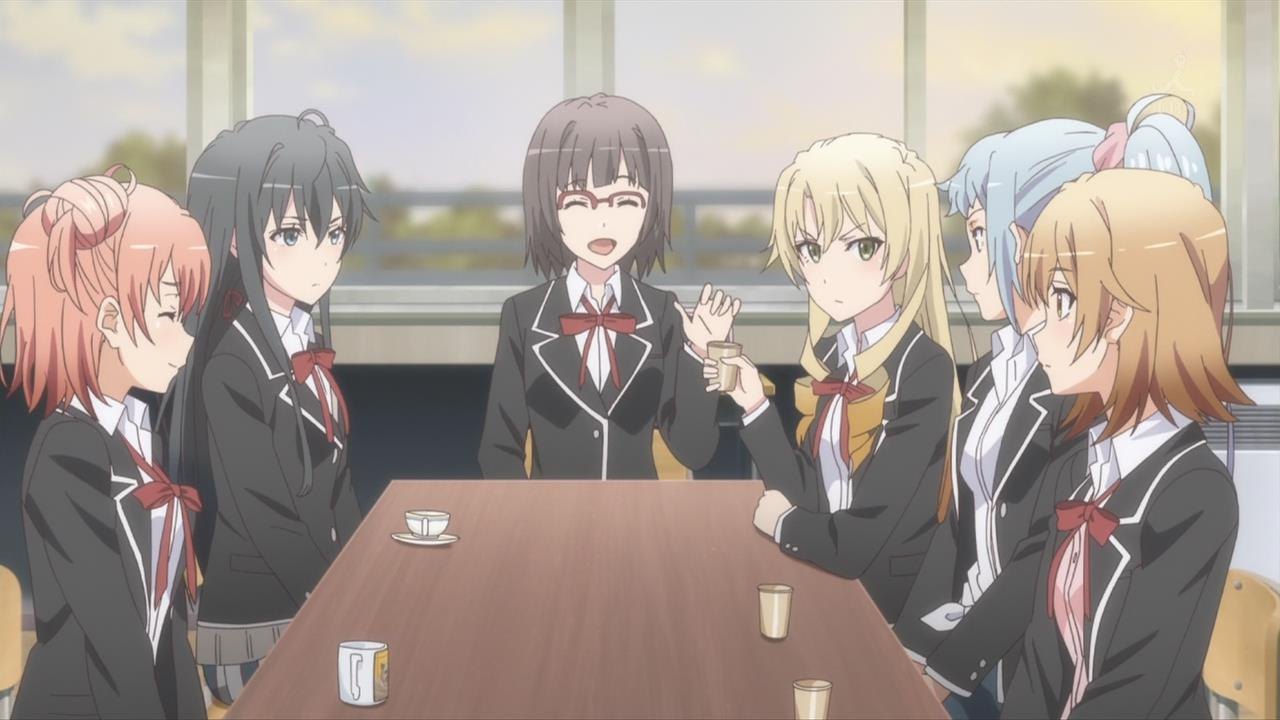 ‘Yahari Ore no Seishun Love Comedy wa Machigatteiru.’ is not an isekai or game anime but the feel of this anime is kind of similar to ‘KonoSuba’ which is why it is on this list. Hachiman Hikigaya has a pessimistic view of the world. He thinks that all values are baseless and happy youth is a lie. He mocks modern social relationships in an essay which prompts his teacher to punish him by putting him in a club which helps other students when they need some support. The only other member of the club is Yukino Yukinoshita. Will the duo be able to solve other people’s problem? Or will Hachiman’s pessimistic personality be a problem? 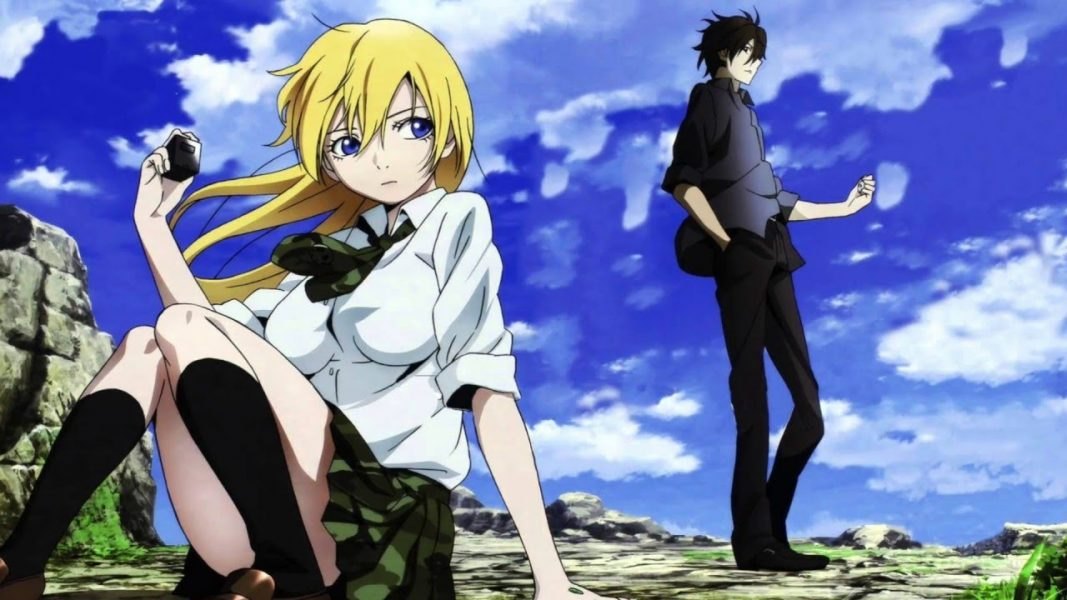 Ryouta Sakamoto does not have any employment and stays at home with his mother. But he is really good at playing the online game ‘Btooom!’ and is one of Japan’s best players. But then he finds himself in a real version of the game he loves playing. There’s a green crystal in his hand which he needs to protect. To survive he needs to defeat and kill other players and take their crystals to win the game. Ryouta is against violence but in a game where others are out for blood can he keep his morality?