Are Blake and Jasmin From ’90 Day Fiance’ Still Together? 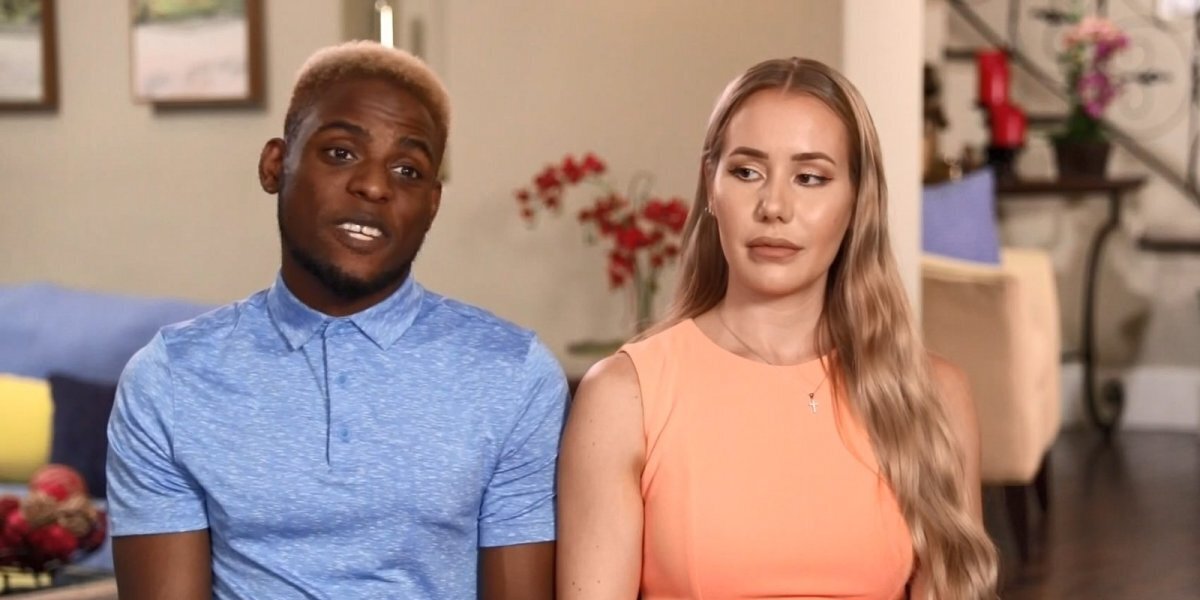 Season 7 of ’90 Day Fiance’ saw a lot of couples. Some made it past 90 days, while some couldn’t. Blake and Jasmin have proved that in the end, true love prevails over different lifestyles, races, cultures, and geographic barriers. Although their final destination was overwhelmingly pleasant, the two had to make compromises and jump over many hurdles to get there. Since the TLC show has wrapped up, it is very natural for fans to wonder about their current status after marriage. Well, we are here to help you with that.

Blake Abelard (29), a model, and Jasmin Lahtinen (27), a music producer, met online and developed feelings for each other. Blake flew down to Finland to meet Jasmin and was totally smitten by her beauty, sensibility, and style. He proposed to Jasmin on his second visit and applied for her K-1 visa. Blake is a divorcee and had already been married once when he was 19.

Although the duo appeared very much in love, Blake’s family and friends were concerned for him as they felt Jasmin was using him as a gateway for a green card, to get close to her sister Janette, who stays in the same city as Blake, Los Angeles.

Despite the disapproval of his friends and family, Blake brought Jasmin to America. The next morning Blake had set up a meeting with his friends, but she wasn’t feeling up to it and came across as cold towards them.

Blake was disappointed but kept to himself, thinking he mustn’t try to change her outspoken attitude. On her first meeting with Blake’s parents, Jasmin learned from his mom Kerline, that since they’re traditional Christians, they aren’t allowed to sleep in the same room till they get married. The couple compromised with it.

What put the maximum pressure on Blake and his parents, was when Jasmin revealed that she wanted to stay at home, focus on herself and have kids five years down the line, instead of going to work to earn money. Although she loves Blake, Jasmin doesn’t see herself blending 100% into Blake’s partying and drinking lifestyle. Talking about Blake’s music, Jasmin said on the show, “If Blake was not my fiance, I don’t think he would be my favorite artist. I don’t like rap music.”

The couple got into a heated argument after Blake asked Jasmine to accompany him to his friend’s party, while she wanted to spend some alone time with him. Although he reluctantly agreed, they ended up fighting, and Jasmin left for her sister’s place, when Blake drank a lot at a restaurant. The two patched up later. Ultimately, the two families met, and the couple decided to have an intimate wedding. Blake convinced Jasmin to let his friends attend his big day. On their wedding day, a nervous Blake told the cameras that he would do anything for her. Check out their wedding pictures.

Are Blake and Jasmin Still Together?

Blake and Jasmin are still together and have never looked this happier. Check out an Instagram picture, Jasmin posted with her “baby”. I mean, that smile doesn’t lie.

Since the show often showed their relationship in the negative light, Blake shared a video-thread to straighten some things out.

Here’s a thread of Jasmin answering some fan questions, regarding their relationship and herself.

In January, 2020, Blake posted an album to his Instagram, along with some beautiful words for Jasmin. Here’s an excerpt from his caption, “We’re growing as one and its the greatest thing ever. We shun negativity out of our lives just by simply reminding ourselves that, it’s US, not them. I got her here on my own. I’m taking care of her on my own. I could care less what anyone says. This woman is my everything, my ?. I love u @jasminaniel.” Check out the rest of the caption below!

Here’s another one! On December, 2019, Blake even shared a photo thanking all the cast, crew and fans, for the love and support.

As a piece of good news to all the fans, Blake and Jasmin are still crazy about each other and are thriving.