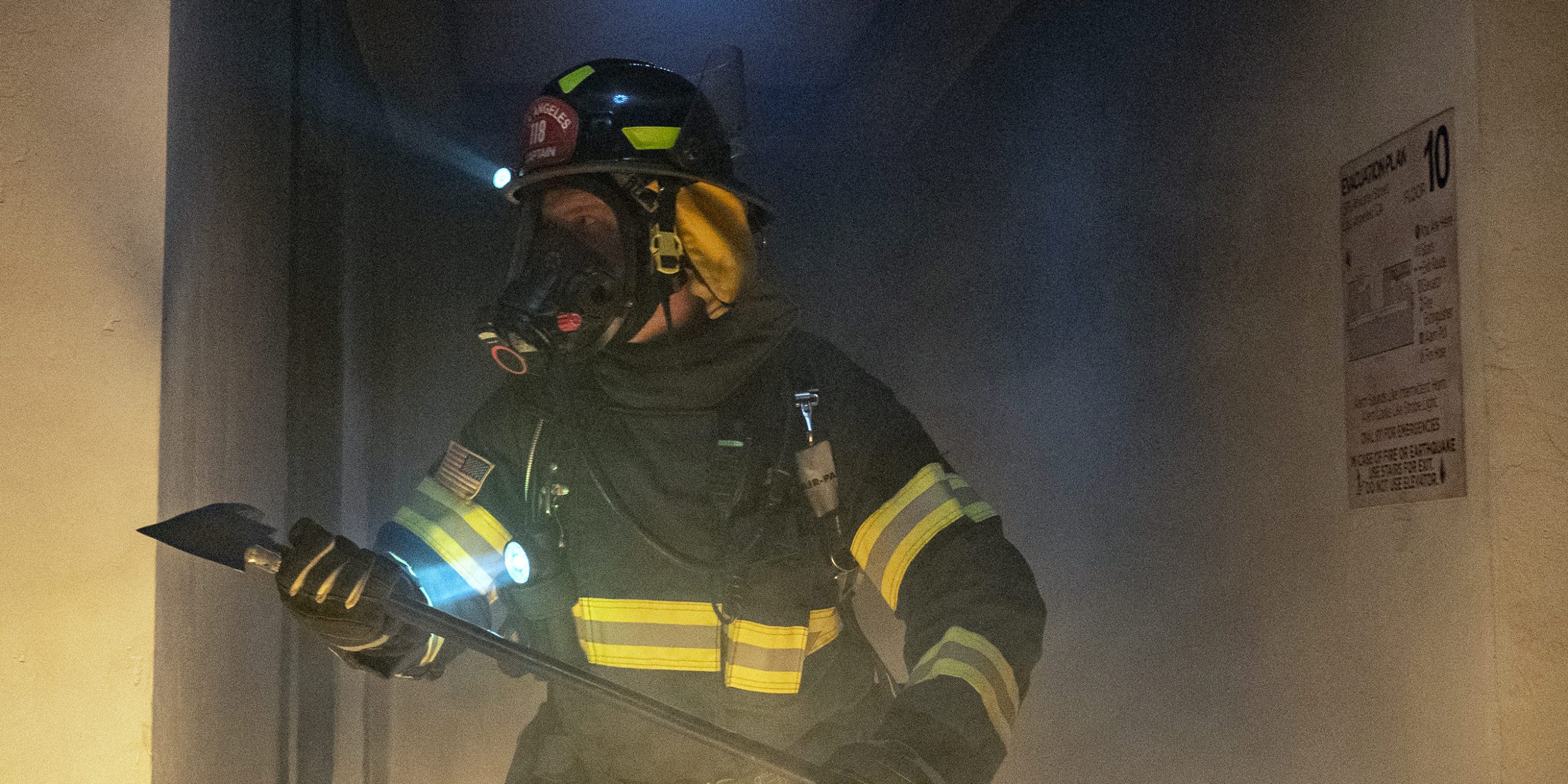 ‘9-1-1’ Season 3 is nearing the finish line. ‘9-1-1’ is still one of the top-rated drama series’ on Fox, and fans have nothing to worry about as the show has already been renewed for a fourth season on April 13, 2020. In the latest episode of the first-responders procedural drama, Buck and Eddie rescue a visually impaired woman from a burning building, by putting their own lives at risk. Station 118’s very own paramedic/firefighter Henrietta Wilson is once again made to face the difficulties of her job when circumstances force her to operate a gravely-injured man in a moving ambulance.

While sitting alone in a bar, Buck relates to a retired firefighter Red’s plight, who lost his love as a consequence of prioritizing his work over personal life. Buck reunites Red with his long lost lover, but the woman suffers a memory lapse mid-conversation and kicks Red out. Unable to digest the rejection, a devastated Red succumbs to a cardiac arrest. Maddie consoles Buck, who confesses to feeling lonely and also reveals that he misses Abby at times. If you want to know what happens in ‘9-1-1’ season 3 episode 17, keep reading!

The upcoming episode is titled ‘Powerless.’

Fans might get to witness a familiar face in episode 17 as former ‘9-1-1’ dispatcher Abby Clark (Connie Britton) is all set to make a return to tie some loose ends. In the previous episode, Buck confesses to his sister Maddie that he is still not entirely over Abby because she left him in a lurch without giving him a proper closure. Although Buck has shown tremendous growth since Abby’s departure to Ireland in season 1, it is evident that he is still hurting inside.

A proper explanation from Abby will enable him to move on and find the right life partner. Of course, Buck has his BFF Eddie by his side, but a broken heart needs healing, and who better than the heart-breaker to put things into perspective? So, in the next episode, Abby might be stuck in the site of a train crash and call our first responders for help. Any guesses on who might turn up?

While pursuing the case of a serial rapist, things might escalate, putting Athena’s life in grave danger. Also, the team might rush against the clock to save a little girl from a malfunctioned air balloon, while also dealing with the case of a tree-trimmer truck that gets hijacked, resulting in a city-wide power outage. Get ready for some high-octane action and intense drama!