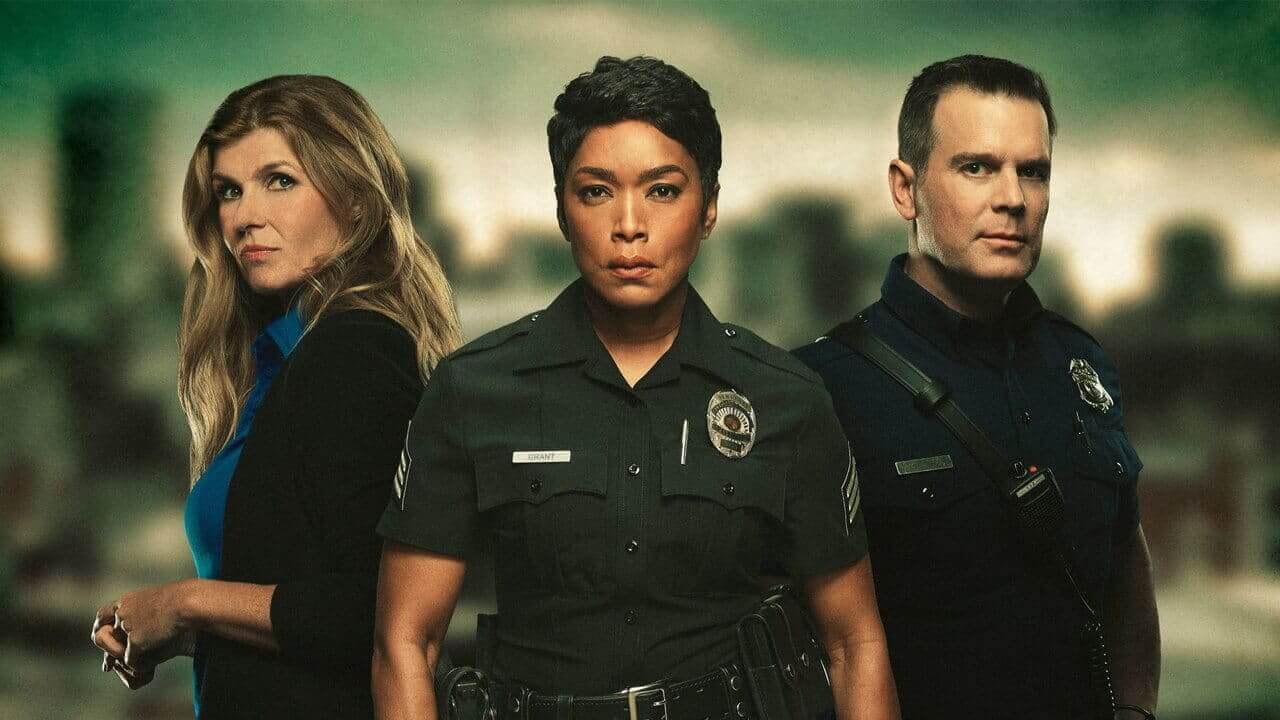 “911. What’s your emergency?” When one thinks of people saving lives of another, emergency responders are not usually the first on the list. Yet, these individuals deal with some of the most vulnerable, emotionally taxing and dangerous situations one could possibly imagine. Fox’s ‘9-1-1‘, based on this premise, reunites prolific creators Ryan Murphy and Brad Falchuk for a procedural drama unlike any other.

Both Murphy and Falchuk have previously worked mega-successful anthologies like ‘American Horror Story‘. But they have also worked on another hit procedural drama, ‘Nip/Tuck’ that centers around plastic surgeons and their patients. With ‘9-1-1’, the duo return to the genre but with a completely new twist.

Set in Los Angeles, the series chronicles some of the most bizarre and emotionally riveting 911 emergencies narrated through the point of view of three first responders from LAPD and LAFD. In one of the scenes, Bob Nash sums it up when he says, “Everyday we encounter people who’re having the worst day of their entire lives”. Each story begins with the respondent asking for the emergency and then follows it until it gets resolved. The series, then, the careers and lives of these respondents as they attempt to help people everyday.

While the series certainly has an impressive cast playing some incredible characters, it is ultimately the crazy emergencies that unfailingly steal each episode. The first episode itself has an emergency which includes a stoner guy finding a baby stuck in the pipe behind his washroom wall. Yeah, and that’s just the premiere. It’s only natural to wonder then where do the creators come up with situations so bizarre. Things like these could only possibly be imagined, right? Well, the answer will blow your mind. Read on to find out! 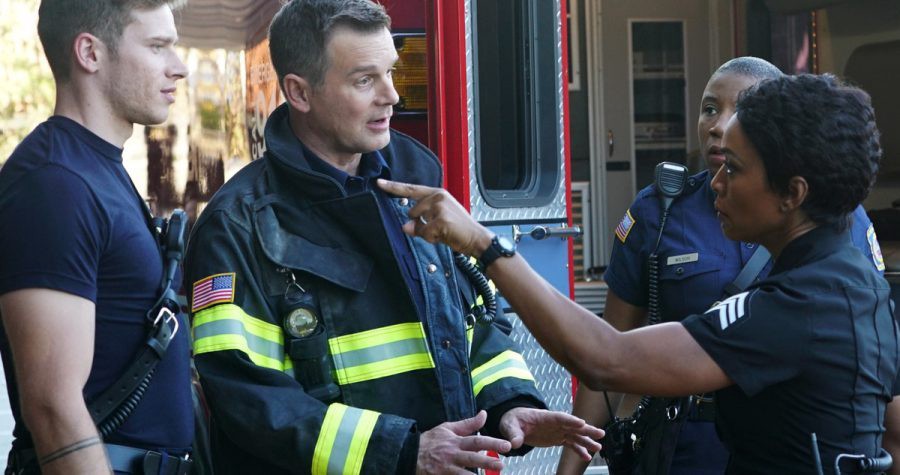 To answer simply, yes. ‘9-1-1’ is inspired by several true cases. The creators used their own personal experiences, along with their interactions with real-life responders while weaving the narratives in the series. Interestingly, viral videos served as a major inspiration for several cases portrayed in the series.

The primary inspiration behind ‘9-1-1’, was Murphy’s own experience with first responders during a family emergency which he described as a matter of “life and death”. During the Television Critics Association’s winter TV press tour, Murphy narrated the event that took place in 2015:

“My son Ford was 11 months old and in the middle of the night stopped breathing…We called 9-1-1, and obviously we were in a panic and doing CPR, and they showed up, and at two in the morning there were four responders. They were incredibly calm and nurturing, and they brought him back to life.”

Murphy was incredibly inspired by the experience and always wanted to work on a series that explored the lives of these responders. This is also why he calls ‘9-1-1’ a “blue skies show” as it centers around “people that got up every day and did good deeds while battling their own demons” – giving us a sense of community and hope during a truly cynical time. But what makes ‘9-1-1’ all-the-more fascinating is that some of the most bizarre emergencies in the series are actually inspired by real-life scenarios. 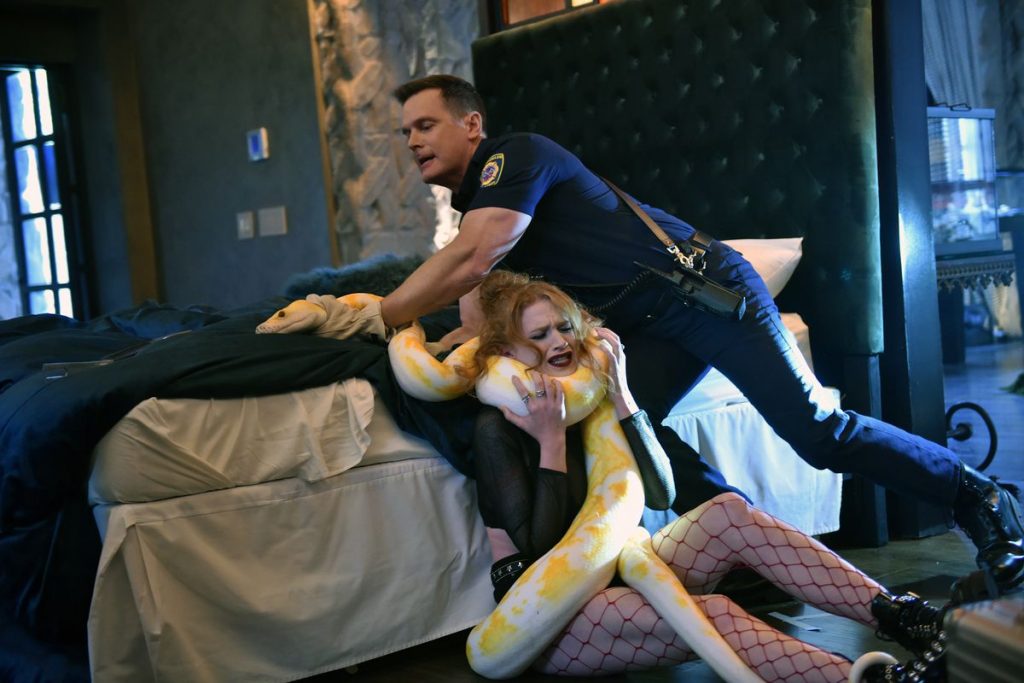 Fox’s ‘9-1-1’ takes from several real-life crazy cases and stories, and expands on them. It is also influenced by social-media culture as the team tries to find real stories, some of which are viral videos, that are sure to knock you over.  Interestingly, nearly all the emergencies in the first episode were based on real events. Yes, even the baby being stuck in the pipe.

The incident actually took place in 2013 in China when a real-life baby was found alive inside a toilet pipe. Apparently the baby was born to a single-mother who accidentally flushed him/her down the toilet. The rescue mission for the baby went viral on YouTube which is where Murphy first watched it. And the team couldn’t get over the incident for years. In an interview with Bustle, executive producer, Alexis Martin Woodall, stated:

“…I remember when we were shooting it thinking, ‘This actually happened!’ There’s some crazy stuff that goes on in our world and first responders have a very different life than we have. We want to appreciate them.”

This is, of course, just one of the many examples. The emergency in which a python strangles its owner also took place in real-life, more than once. The most recent example is a 2017 case in which a lady got strangled by her boa constrictor. Something similar to the emergency in which a man eats another man’s face also took place in real-life. Apparently in 2011, a man who was high on bath salts was eating another man’s face, and was shot by the Miami police.

Of course, these are only some of the many examples that the team of ‘9-1-1’ took inspiration from for the series. Truth was certainly stranger than fiction in all of these cases. ‘9-1-1’, then, serves to celebrate all this strangeness with a sense of empathy, while also reminding us of the courage and perseverance of our local heroes.