A Discovery of Witches Season 2 Episode 5: What’s in Store? 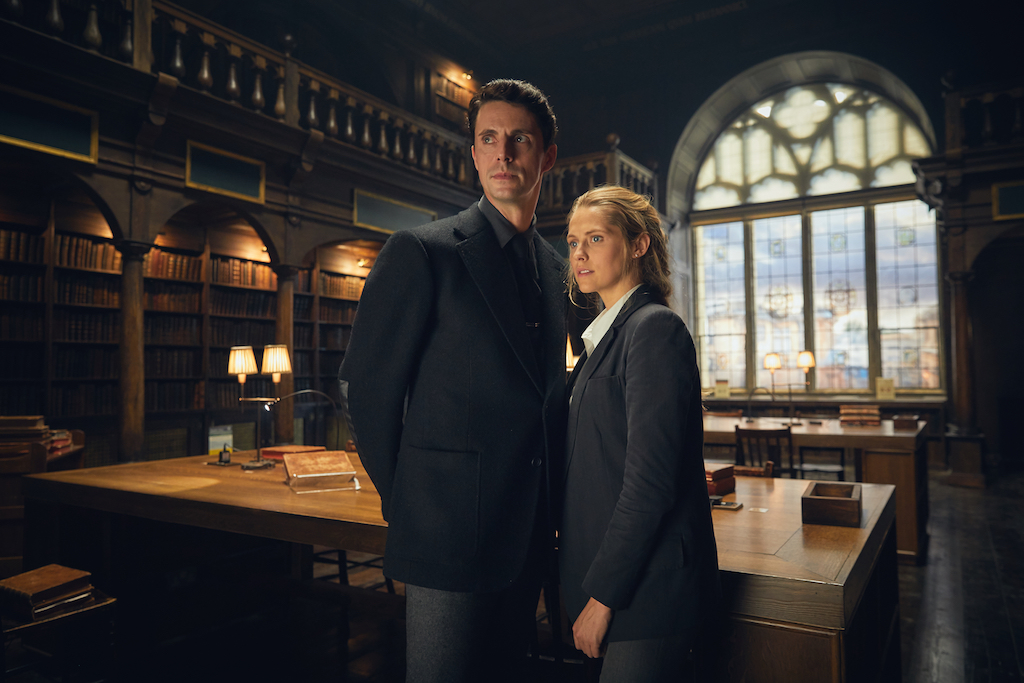 In ‘A Discovery of Witches’ season 2, episode 4, which was released this week, we follow Marcus as he finds out proof of Matthew and Diana’s journey to 1590. But after making this discovery, he is impressed. On the other hand, Gerbert and Knox scheme together while Sophie goes into labor. Finally, Em secretly continues on his quest of exploring higher magic in spite of Sarah’s worries. Now that the 4th episode has reached its conclusion, fans are curious to know the details of the next episode. Well, our synopsis for ‘A Discovery of Witches’ season 2 episode 5 gives you all the answers.

A Discovery of Witches Season 2 Episode 5 Release Date: When Does it Premiere?

Where to Stream A Discovery of Witches Season 2 Episode 5 Online?

Cecil and Matthew continue with their torture of the man in the tower while asking him if the witches are plotting against the crown. In Lapland, Finland, Satu comes back home and talks to her mother. Back in 1590, Diana scours for the perfect teacher and meets the alchemist Mary Sidney. But the latter declines to help her. Matthew is tasked by the Lord to seek out Thomas Caldwell.

When he heads out on his mission, he comes face to face with Hubbard, whose family has a treaty stating that both of them will stay out of each other’s ways. Diana invites Miss Norman to her place with the hope that the latter will help her in channeling her powers. Later, Diana and Matthew visit Alsop’s house. Here, it is revealed that Diana is a Weaver, the third of her kind, and a maker of spells. That same evening, Hubbard gets the dead body of Thomas Caldwell while Cecil questions Matthew about his loyalty to the crown.