A Guide to All the Places Where ‘Yellowstone’ Was Shot 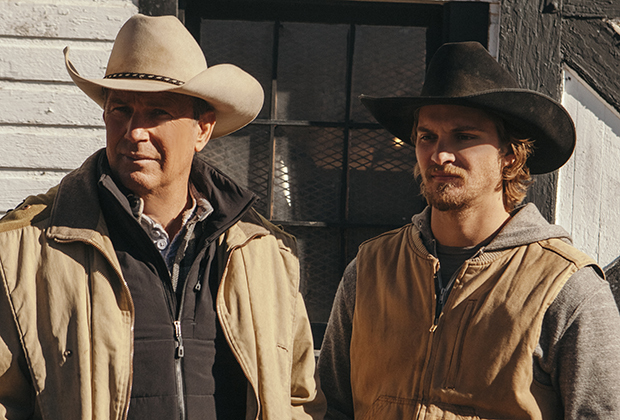 Debuting in late 2018, Kevin Costner’s western drama show ‘Yellowstone’ has become a favorite for those of us who cannot resist the allure of the wild west. However, ‘Yellowstone’ brings the age-old western into the modern age, combining the adventure, initiative and breathtaking scenery of the frontier with a more modern-day setting.

The show focuses on the Dutton family and its patriarch John Dutton (played by two-time Academy Award winner Kevin Costner), who owns the largest contiguous ranch in the entire United States. In the new frontier, violence is the order of the day and might equals right. John is faced with the challenge of protecting his land from a number of threats including land developers and a nearby Indian reservation.

If you were wondering where was ‘Yellowstone’ filmed, keep on reading.

‘Yellowstone’ is a show known for its breathtaking scenery and depiction of a truly authentic looking modern day frontier. When watching the show one of the first questions that pops into the mind is where exactly is the show filmed? Since the best way to depict life in and around a ranch is to film inside one, that is exactly what the show does.

Actor Kevin Costner, who plays John Dutton on the show describes his experience shooting on location, “What we see onscreen — the mountains, valleys, horses, and more — isn’t Hollywood magic, it’s very real. You step outside and you see running horses and men working, and the weather dictates what you do”.

John Dutton’s ranch in ‘Yellowstone’ is actually the magnificent Chief Joseph Ranch in Darby, Montana. The ranch, which is now well over a hundred years old, is located along the Bitterroot River and has a great view of the mountains as well.

If you wish to have a first hand look at the ranch and get a taste of the wild west yourself, you can book visits at the Chief Joseph Ranch on occasions when ‘Yellowstone isn’t filming on location.

Certain scenes on ‘Yellowstone’ are also filmed on location across different areas in Montana. For example, all the courtroom scenes are filmed in Montana’s capital city, Helena, whereas the highway scene was filmed in the bucolic community of Divide in Montana. Actor Cole Hauser, who plays Rip Wheeler on the show posted this picture on his Instagram account:

Most of the interior scenes in ‘Yellowstone’ are filmed on set in the Utah Film Studio near Park City, Utah. The filming utilizes three soundstages, complete with fully recreated versions of some of the rooms in Chief Joseph Ranch and trees imported from Montana for consistency. Besides ‘Yellowstone’, Utah Film Studio is also one of the filming locations for several movies including ‘Hereditary’, ‘Wind River’ and ‘Damsel’.

Besides the Utah Film studio, ‘Yellowstone’ also films on location across Utah. One of these locations is Salt Lake City, where the Salt Lake City Library masquerades as Montana State University on the show. Other filming locations in Utah include Summit, Weber and Wasatch. A fan posted these pictures of Kevin Costner filming for ‘Yellowstone in Utah: