Is A Murder to Remember a True Story? 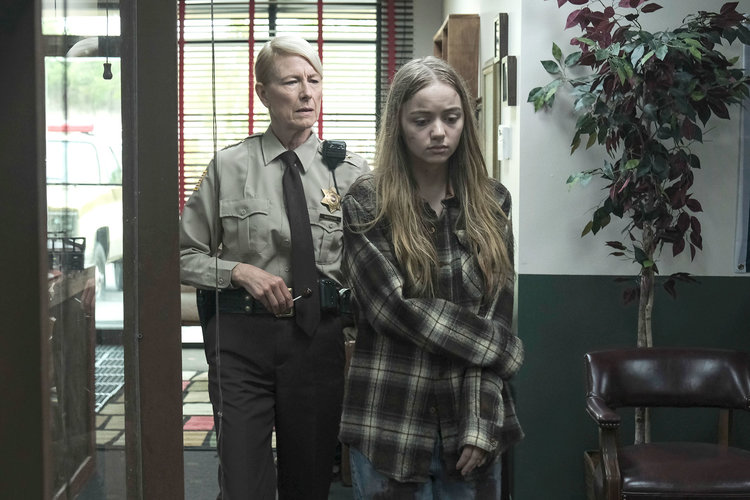 The exiting trope of a movie involving crime or espionage has attracted viewers for ages, not just because of the adrenaline rush but also because of the whole human experience that lies behind it. Lifetime’s ‘A Murder to Remember’ is one such thriller. It follows Javier (Kevin Rodriguez) and Robin Rivera (Maddie Nichols) as they celebrate their first wedding anniversary on a camping trip. However, when Javier dies under mysterious circumstances, Robin’s world turns upside down.

As she finds herself alone in the wilderness, fighting for her survival, she ends up enlisting the help of another camper, Sam (TC Matherne). She soon begins to place her trust in him, but is he there to genuinely help, or does he have some other sinister motive? The creepy details in the movie along with how it was narrated made us question whether or not it was a work of fiction. So, we did a little bit of digging, and here’s what we found.

Is A Murder to Remember Based on a True Story?

Yes, A Murder to Remember is a true story. As publicized, ‘A Murder to Remember’ is inspired by Ann Rule’s true crime collection “Empty Promises,” but along with that, more importantly, it is based on the harrowing tale of a real-life couple whose 1976 camping trip turned deadly. The 2001 book recounts several true crime cases, including one entitled “The Stockholm Syndrome,” in which the author recounts an Oregon couple’s – Julio and Candra Torres’ – one-year anniversary trip to the foothills of the state’s Mount Hood.

In the book, the couple is referred to as Hank and Robin Marcus, pseudonyms – much like how the movie changes their real names. As it depicted, though, the pair were young and completely in love. Julio was 21 and Candra was just 16 when they had set out to celebrate their first year of marriage. Of course, fishing was a big part of their trip, and the couple did end up driving farther and farther down the stream to find the perfect spot.

During that search, the real-life couple came across a man in an old mud-covered pickup. That stranger, Thomas Brown – named Sam in the movie – told them that there was a great spot where he was heading. And, even though the Torres’ were running low on gas, they decided to follow him. Thomas took them to a creepy and isolated location instead, and because the sun had already set by this point, and it was too dark to turn around, they all set up camp.

The next day, the two men decided to go out and hunt. But, when Candra heard a shot go off, she felt as if something was wrong. Following that, she heard another shot go off and witnessed her dog, Rusty, being killed by Thomas. With her love and protector both dead, she was stuck with their killer, alone, in the wilderness for three days. During this time, Thomas sexually abused her and brainwashed her into thinking that he had saved her life.

In the aftermath of it all, Candra struggled to get a firm hold on what had transpired. She became a victim of Stockholm Syndrome. Initially, she had even covered for her husband’s killer, so when he was arrested, she became a somewhat unreliable witness. However, since the judge allowed a testimony on the workings of the syndrome during Thomas’s 1977 trial, they were able to find him guilty and sentence him to life in prison. The fact that he had confessed to his crimes to a cellmate also helped. Thomas Brown has been incarcerated at Oregon State Penitentiary ever since.