ASpen Gender: Is ASpen from Zombies 3 a Girl or Boy? 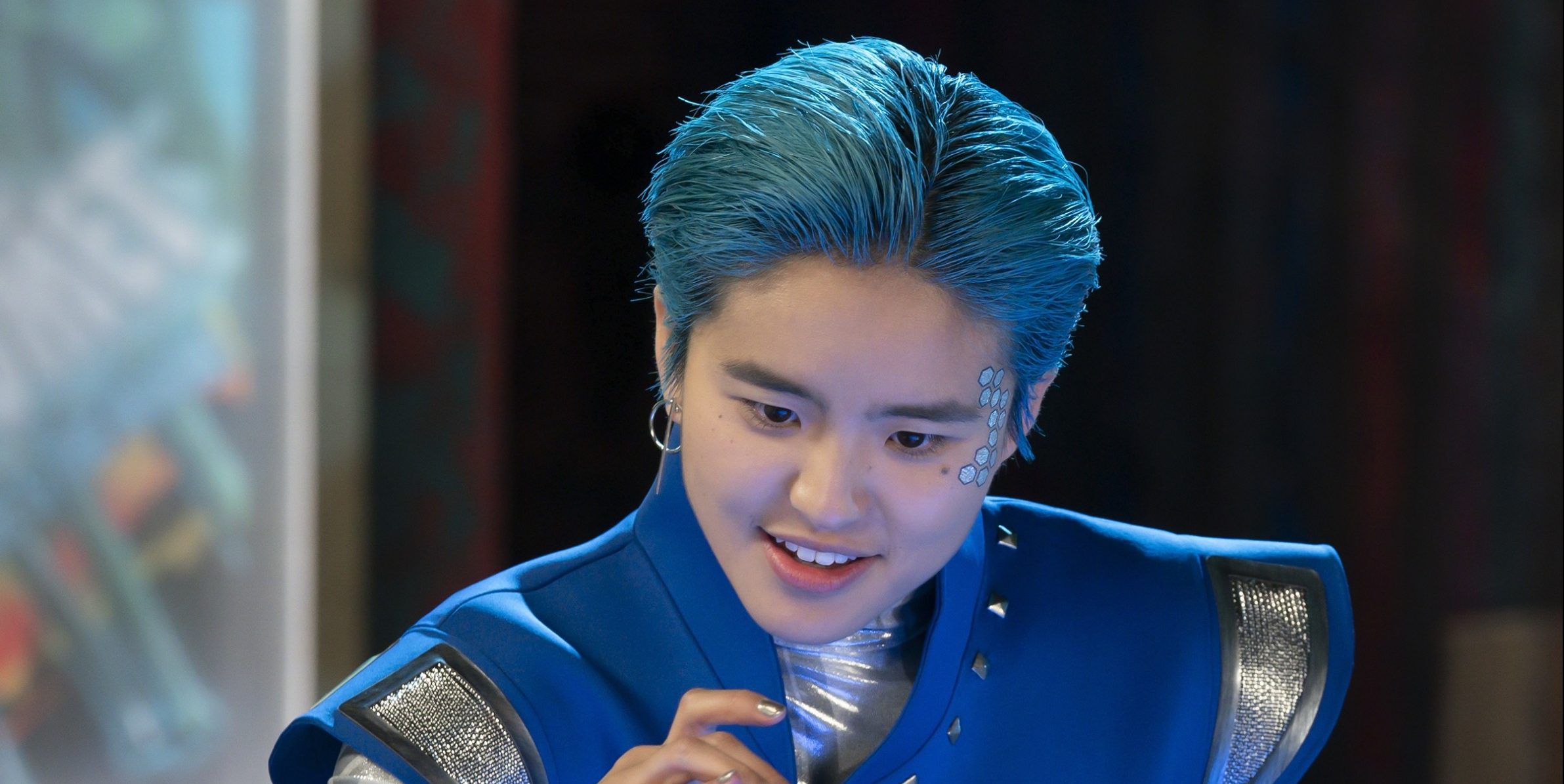 The third film of Disney’s musical film franchise ‘Zombies,’ titled ‘Zombies 3,’ follows A-Lan, A-Spen, and A-Li, three aliens who arrive at the Earth in a spaceship. The three of them search for a map that would lead them to Utopia, the planet they can inhabit since their home planet got destroyed. A-Spen, one of the three aliens, even starts to have feelings for Zed despite knowing that he cannot accompany the former since he isn’t an alien. Since A-Spen is a significant character in the film, the viewers must be wondering about the character’s gender. Well, let us clear your doubt regarding the same! SPOILERS AHEAD.

Is A-Spen from Zombies 3 a Girl or Boy?

A-Spen is a non-binary character. Terry Hu, a non-binary actor, portrays A-Spen in the film. A-Spen can be seen as the latest addition to Disney’s LGBTQIA+ representation. Still, A-Spen doesn’t get presented as a character for the sake of representation in the film. “[…] something I loved about playing A-Spen is that while they’re nonbinary, it’s not the focal point of their identity,” Terry Hu told Them about their character. “I think there’s definitely a time and place where there need to be stories that revolve around the specific struggles of being part of a minority group. But I really appreciate how, with this part, A-Spen’s [being nonbinary] is totally normal,” Hu added.

The writers of the film, David Light and Joseph Raso, had conceived a strong storyline for A-Spen as they ends up exploring feelings rather than limiting them to their gender. In fact, as per reports, A-Spen became a non-binary character when Hu committed to film. Still, a non-binary Disney character, along with a non-binary artist to portray the same, is indeed a sign of progress. “There’s a history of Disney not having that much representation, so the fact that they cast me is a step forward,” Hu further added to Them.

As Disney’s first live-action openly non-binary character, A-Spen is indeed an influential character, in addition to the fact that a non-binary portrays the same. “There was this one teen that came up to me that was like, ‘I’m gay, and I just want you to know seeing this was so impactful. You are making a direct impact on people’s lives,’” Hu told Them in the same interview about the impact of A-Spen and them playing the character. “I realized early on during filming that it just wasn’t sustainable for me to constantly be telling myself ‘This is so big,’ or ‘I’m making history,’” they added.

A-Spen’s impact as an openly non-binary character will not stop with just the film. Disney had already conceived an A-Spen doll to celebrate the significance of the character. “There really is a doll for A-Spen, and it will be the first nonbinary doll from Disney. The pronouns on the box are they/them in multiple languages — it’s beautiful,” Hu confirmed to Them. It is remarkable that people, mainly children, will get introduced to the reality of gender diversity through the character and doll.

Read More: Why is Eliza Not in Zombies 3? Is Kylee Russell in the Film?