Is ABC’s United We Fall a True Story? 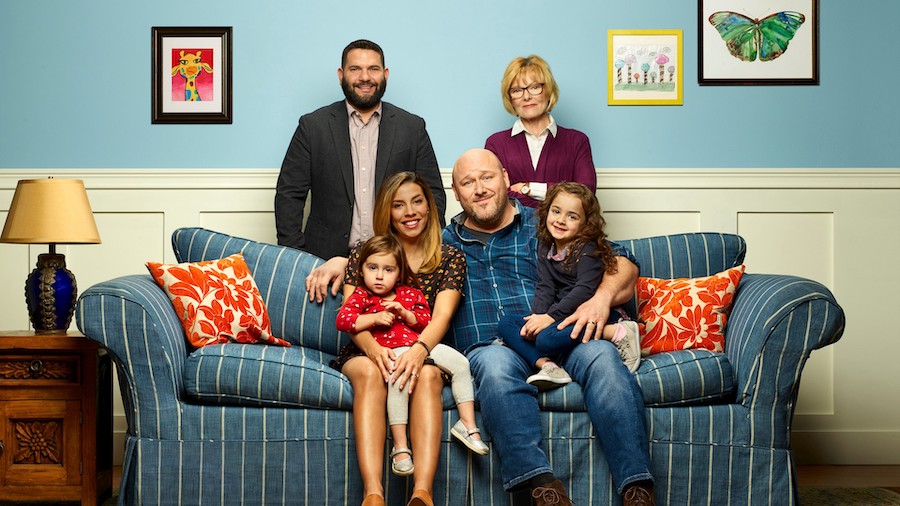 ABC’s ‘United We Fall’ tells the story of Jo and Bill Ryan. As if the task of bringing up two children was not humongous in itself, they also have to live with the nagging and poking of Bill’s judgemental mother, who lives with them. Jo’s side of the family also does its share of letting the couple know that they are not acing the job of being parents.

One of the great things about ‘United We Fall’ is that it doesn’t have to exaggerate anything to make things funny. The mistakes made by Jo and Bill are not unfamiliar, their exhaustion and the desperate need for some time out is understandable, and above all, the demanding nature of the quest to be the parents that their children deserve makes us empathize with them. It is funny to watch the Ryan family because we can often see ourselves in them. The show gets a lot of things right about parenting, which makes us wonder if it is based on a true story? Are the Ryans a real family? Let’s find out.

Is United We Fall based on a true story?

No, ABC’s ‘United We Fall’ is not based on a true story. It is an original program created by Julius Sharpe, known for his work on ‘Dads’ and ‘Making History’. In ‘United We Fall’, he focuses on a family-drama that draws out laughs from the most familiar moments in life. By telling the story of a couple who are trying to wade through the challenging waters of parenting, it delivers a lot of relatable moments to the audience, who can relate to the blunders and mistakes made by Jo and Bill, but also resonate with their desire to be good parents to their children while tackling the pressure of their judgemental family.

Because the show tells such a universal story, the process of writing was a team effort with the entire writing team chipping in the ideas that spring from their own experiences with parenting. They carve out the story that is unique and also the one that hits close to home for the audience.

The show also stands out with a diverse set of characters, all of whom bring a new flavor to the story. Be it the couple, their children, or their overbearing family, ‘United We Fall’ is colored with all kinds of personalities who add more humor to the experience. To give this authentic tone to the show, the writers don’t veer off into the territory of ridiculous to make these characters funny, but, again, rely on the people they have met over the years to create the ones that the viewers can easily find around them, if not in themselves. The show also uses its premise to present a mixed family at its focus, further adding to the universality of the story.

Above everything else, the show underlines the importance of family and how, despite all their differences in the world, the Ryans will always have each other to lean on in good or bad situations.