ABii on Shark Tank: Everything We Know 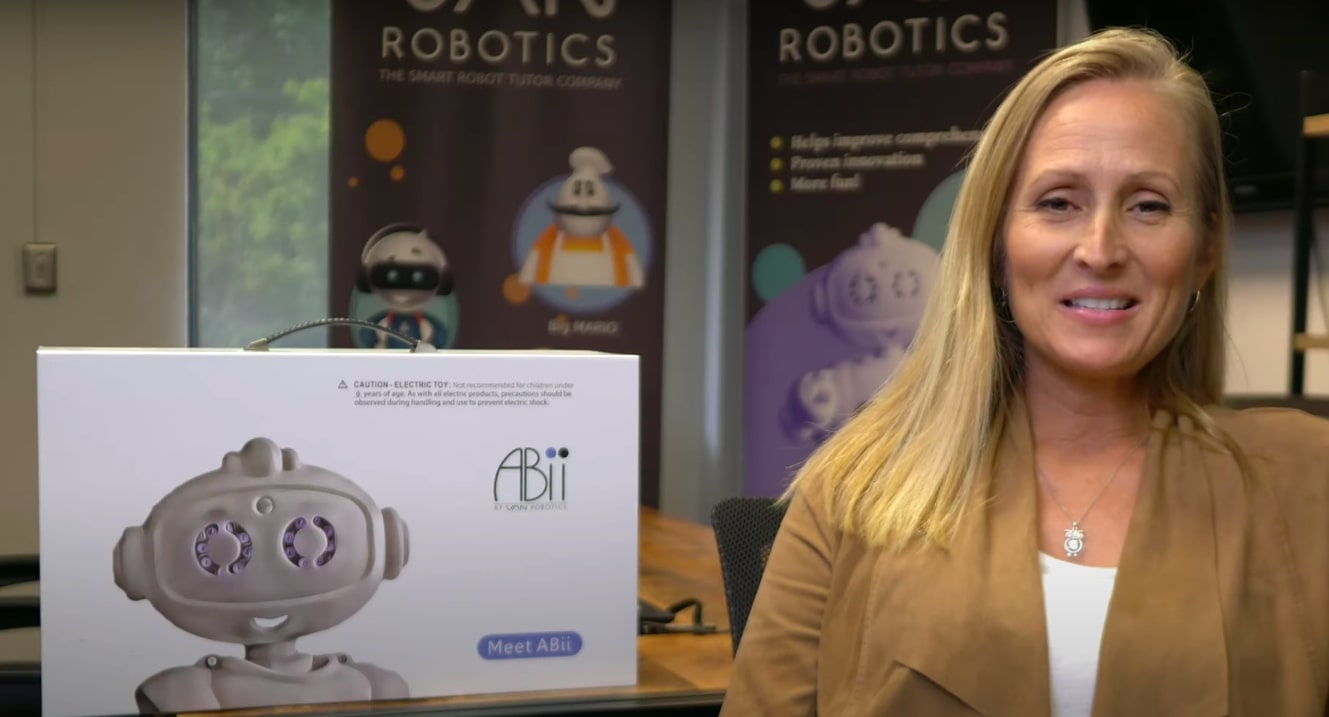 ABC’s ‘Shark Tank’ needs no prior introduction to many. The business entertainment show aspires to draw out smart entrepreneurs to make their ‘dream come true’ business deals with top business icons in the country. In a myriad of seasons, we have even seen the massive influx of participants in the show.  Never failing to disappoint with either entertainment or business, ‘Shark Tank’ has continued to prevail across several seasons since its inception. In season 11 episode 21 of the show, we are introduced to four companies. One of them is ABii. Here’s everything we know about it.

ABii: Who Are They?

Laura Boccanfuso is the founder of Van Robotics that sells its own robot named ABii. The robot is designed to teach elementary level maths to students. In other words, it serves as a facilitator for the K-5 learning group. Initially, ABii was meant to teach Maths to children with learning disabilities. However, they soon realized that it not only caters to children with special needs but to kids in general. They have tested their product in several schools with different testing models.

A post shared by ABii by Van Robotics (@vanrobotics)

Boccanfuso is a Ph.D. holder in computer science and engineering. She has combined top technology that uses child-robot interaction for a learning outcome. It is also an attempt to let children have fun while learning maths.

ABii: What Do They Do?

ABii by Van Robotics is modified with the national curriculum standards that are made to produce results in standardized testing. All one needs to do is switch on ABii and connect it to the computer via inbuilt WiFi. Then, all one needs to do is log in, and ABii is ready to teach. The company has a website in which all the details regarding the product is available. It has even featured in WIS NBC news. The advanced feature of the robot is that it tracks the development of the student and modifies its instructions accordingly.

In just 6 months since taping Shark Tank, we have deployed over 250 smart tutor robots to schools, after school programs, and hospitals in 7 states. And we’re just getting started!

Van Robotic’s ABii has a sound social media platform. The budding company is doing relatively well in marketing its business across various schools. In addition, they are also available for home use. The product is available for purchase on Amazon. In a recent Twitter post, the company stated that their sales had gone up since they featured on ‘Shark Tank.’ They have also deployed ABii in after school programs and hospitals.

A post shared by ABii by Van Robotics (@vanrobotics)

In the light of COVID-19, Boccanfuso states how handy their product has been for many families to teach their children as they are self-isolating at home. In many ways, ABii brands itself as an innovative product of the future that will revolutionalize the face of education. The robot also has special features like ‘the dance party’ that is set to entertain and provide children with the relief they need while learning. On Instagram, the company has posted a video of parent testimonials that validate the product. All in all, it seems like a true revolution. Check out their video below: