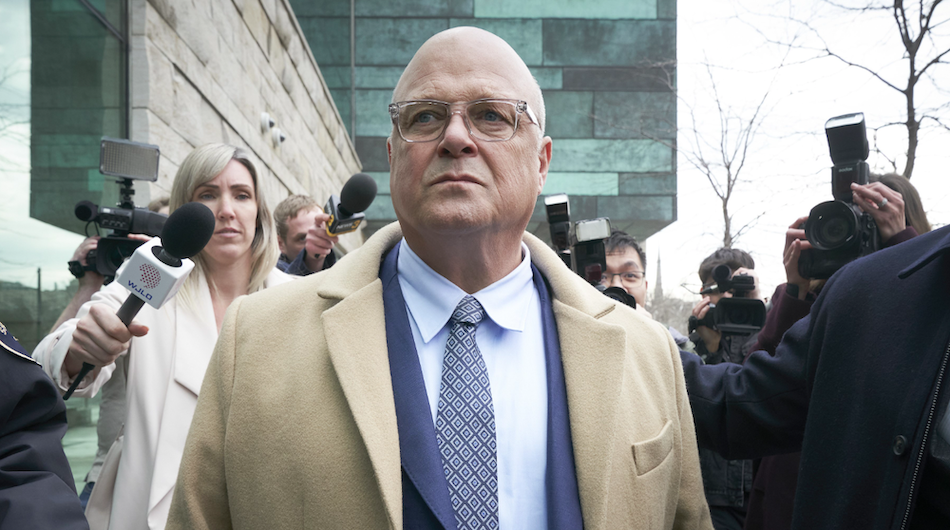 The first episode of Fox’s ‘Accused’ follows the story of a man named Scott Harmon, whose life is upended when his teenage son dies. The episode presents the Harmon family in a fractured state, especially with their son, Devin, showing violent tendencies. They try to get their son psychiatric help, but it turns out that he is not interested in it. The story gets more convoluted as Scott is forced to confront the possibility that he might need to take a drastic step to stop his son from doing something from which there is no coming back. By the end, however, things take such a tragic turn that we are forced to consider the role that Scott played in all of it. Here’s a look at the events that take place in ‘Scott’s Story’ and what the ending means for him and his family.

The episode begins with Scott Harmon being taken to court, where a reporter asks him what he would say to his son, Devin if he was still alive. This establishes the fact that Devin is dead, and gives the impression that Scott had something to do with it. In the flashbacks, it is revealed that Devin was being bullied at school, and in return, he made some very violent threats to those kids. The school informs the parents of this, but Scott’s wife, Lynn refuses to accept her son’s fault in this. She believes that it all happened because of the bullies and that they should be made to answer for their actions.

Scott, on the other hand, starts to wonder if there is something very wrong with his son. He starts to think about all the things that happened in the past, all the times that Devin was sent to a therapist to process his feelings and deal with his issues. None of it changed anything. Now, with the way his son has been acting, Scott gets worried that Devin might do something bad. He wants to stop that from happening, but he has no idea how. Eventually, he starts considering the possibility that he might have to kill his son. But then, a moment of weakness leads Scott to do something that results in the loss of many lives.

Accused Episode 1 Ending: What Crime was Scott Accused of? Was He Found Guilty?

From the way the narrative progresses, at first, it looked like Scott was being accused of killing his son. It was clear that Devin had psychopathic and violent tendencies. With each moment, Scott became convinced that there was no way to save his son, but he could stop bad things from happening. He seriously considers killing Devin and even comes up with a plan to make it look like an accident. He arranges a weekend hike for them to go to Deep Gorge, which is known to be a dangerous place where many accidents have happened over the years. There comes a time when Scott almost pushes Devin off the cliff, but his love for his son overwhelms him and he is unable to go through with it.

At the same time, Devin reveals that he is struggling to deal with his anger and has been thinking about going away to Iceland for a couple of months with a friend he met on a gaming platform. He promises that once he comes back, he will see a therapist to resolve his issues, but he needs money to fund the trip. Scott is relieved to discover that his son is trying to change his ways. On returning home, he also finds out that the dog that he suspected Devin killed is actually alive and well. Scott feels bad about doubting his son and decides to help him with the money without ever actually getting into the details of his plan.

It isn’t until later that Scott discovers that the ten thousand dollars he gave to Devin for his trip were actually used to buy guns and ammunition, which Devin, and his Internet pal, Jax, then used to perpetrate a mass killing at his school. After killing several children, Devin shoots himself as well. Though this isn’t where the story ends for his family. With Devin dead, the parents sue Scott for financing his son’s murderous streak. He is held responsible for the deaths of all the people who were killed by Devin, and it was claimed that none of this would have happened if it wasn’t for Scott’s gross negligence to pay attention to his son’s life.

The people want Scott to take accountability for his actions. He should have been more proactive and cautious when it came to dealing with his son’s problems. He knew that Devin was having violent thoughts and he knew that given the chance, his son would go through with them. Scott was so scared of his son’s plans that he even considered killing him, but he didn’t do the sensible thing suggested by his friend. He didn’t report Devin to the police, which might have led the boy to spend time in prison, but it surely would have saved the lives of all the people who died at Devin’s hands later.

It is this inability or outright unwillingness of Scott and Lynn Harmon to dig deeper into Devin’s issues that eventually led to the tragedy at the school. Knowing how dangerous his son was, Scott made no effort to find out if he was lying about his trip to Iceland. It’s like Devin told Jax, his father just wanted to get rid of him, so he found it easier to pay him off rather than take his responsibility as a parent seriously and do the right thing. In the end, the law doesn’t hold Scott legally responsible for Devin’s actions. But both he and his family know that the blood of all the children who died that day at school is on their hands.

Read More: Is Accused Episode 1 a True Story? Are Scott and Devin Harmon Based on Real People?