Are Accused’s Scott and Devin Harmon Based on Real People? 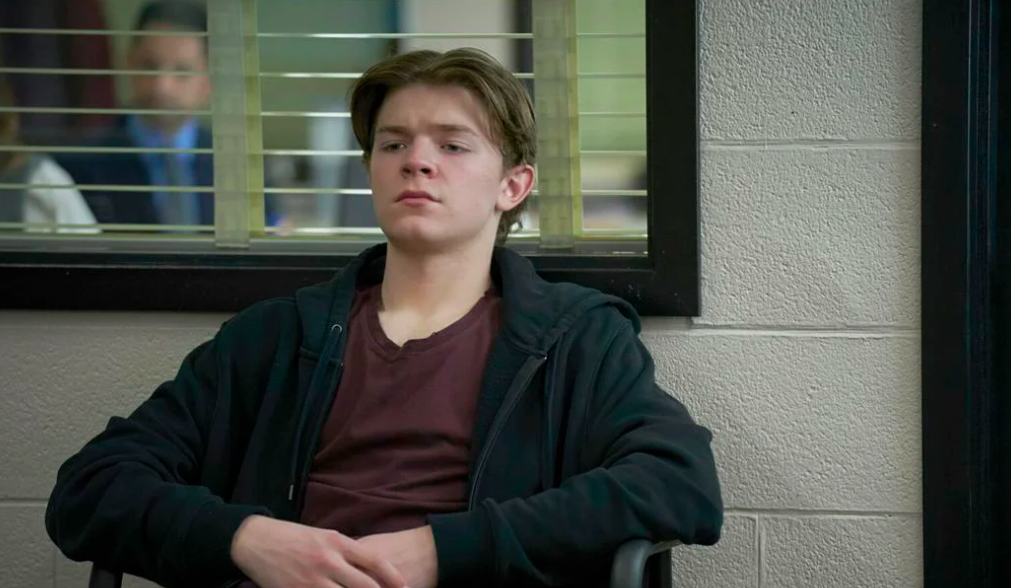 Fox’s ‘Accused’ is an anthology series that follows the story of common people who get caught up in harrowing cases that change their lives forever. The first episode of the series, titled ‘Scott’s Story’, recounts the events that take place in the Harmon household. Scott Harmon is presented before a jury to decide whether a case should be pursued against him for the actions of his son. The episode brings several pertinent issues to the fore, the most important of which is the responsibility of the parents when it comes to the crimes committed by their children. If this makes you wonder whether the first episode is based on a real event, then here’s what you should know. SPOILERS AHEAD

No, Scott and Devin Harmon are not real people, and the events transpiring in the first episode are not real events. They are, however, inspired by the very real things that have happened in America. The episode presents a case where the Harmons knew about the troubled psychology of their son. They tried to get him help, but he never responded to it. Eventually, Devin made it look like was ready to get help, but this was a trap, which led his father to give him the money that led to the loss of many lives.

In the various mass shootings that have happened over the years, parents have been forced to confront their responsibility, especially when it comes to giving their children access to guns. A similar thing happened in the case of 15-year-old Ethan Crumbley, who killed four of his classmates when he opened fire at Oxford High School on November 30, 2021, and his parents, who were charged with four counts of involuntary manslaughter. It was alleged that there were several occasions when the parents had the chance to stop Ethan, but they either ignored or didn’t handle the situation in an acceptable manner.

Reportedly, on the day of the shooting, a teacher had found Ethan’s drawings that depicted his troubled state of mind. The parents were alerted of this and were advised to immediately get counseling for their son, but they didn’t act promptly. Instead, Ethan was kept in school, and later that afternoon, he injured and killed several other students. It was also revealed later that just one day before this, a teacher had caught him looking for guns online. Reportedly, when his mother was told about it, she told her son to “learn not to get caught”. In the case built up against the parents, James and Jennifer Crumbley, it was alleged that they “had every reason to know [Ethan] was dangerous” but they kept a handgun in an unlocked drawer. This was the same weapon that their son later used to wreak havoc at school.

In another case, Rhonda Hart, the mother of 14-year-old Kimberly Vaughn who was killed at a shooting at Santa Fe High School, sued the parents of the 17-year-old boy who opened fire, killing ten people on May 18, 2018. The gun that he used belonged to his father, and once again, it was claimed that his parents knew that their son was a danger to himself and others, but they didn’t do “even the bare minimum” to bar his access to guns and ammunition. The fact that some parents don’t take such things seriously has been reiterated time and again, and yet there are cases like the one in Indiana where a man’s 4-year-old son was found with a semi-automatic gun. The father was arrested on live TV.

While there are cases where gross negligence on the part of parents has led to the loss of many lives, there are also people like Catherine O’Connor who don’t bat an eye before taking charge and doing the right thing. One day, Catherine found her 18-year-old grandson’s diary full of pages about school shootings and his own plan to execute one, following which he meant to kill himself. The next day, when the boy was in school, she looked around his room and found a semiautomatic rifle hidden in a guitar case. She immediately called the cops and had her grandson arrested, who was later sentenced to 22.5 years in prison.

It surely would have been a heartbreaking thing for her to see her grandson go to jail, but that didn’t stop Catherine from reporting him and saving many lives in the process. It is a composite of all these cases that ‘Accused’ uses to create the story of Scott Harmon and his son, Devin. It emphasizes the points that people are all too familiar with now while driving home the point of being aware of what’s going on in their child’s life and taking responsibility for their actions.

Read More: Where is Accused Filmed?