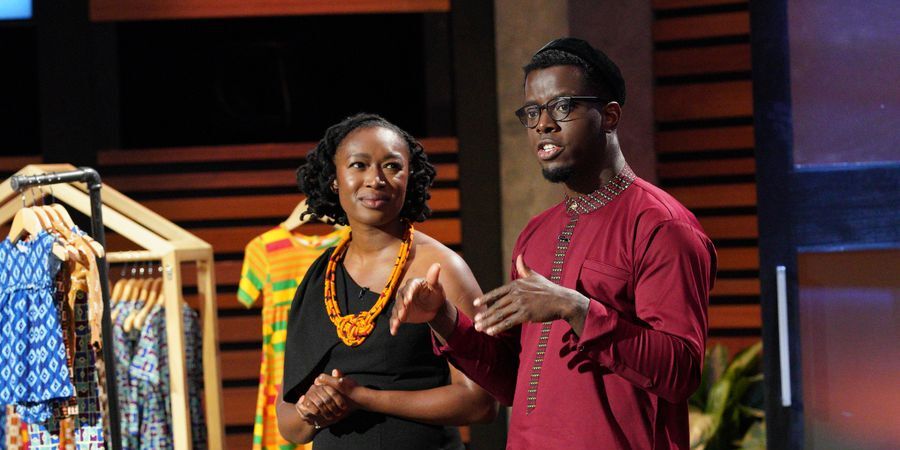 Season 13 of Shark Tank introduced us to Ade + Ayo, a line of children’s clothing and products with a distinctly African flavor. If you are curious to know more about the start-up and how it is faring now, here is everything we have gathered!

Ade + Ayo: Who Are They and What Do They Do?

Ade + Ayo is a business based in Oakland, California, that offers children’s apparel and accessories with unique designs. Set up by Temidayo Adedokun, the idea behind the company is to cultivate a genuine appreciation for African culture, not just among people from the African diaspora but even those who want their kids to learn and respect a culture different from their own. A graduate from the University of California, Davis, Adedokun enrolled in Yale Law School to pursue a Doctor of Law degree before going on to work in a number of law firms.

Life took a new turn for Adedokun – a Nigerian-Canadian living in the USA – when she got pregnant with her first child. As she began looking for baby clothes and nursery items for her soon-to-be-born son, she realized that there weren’t many affordable options for things that could be used on a daily basis. This motivated her to bridge this gap, and hence, the idea for Ade + Ayo came about.

Adedokun had been working on her venture on the side while continuing her job with the law firm Jones Hall, APLC. But after getting furloughed in April 2020, she decided to go all-in and focus on Ade + Ayo. It was a particularly challenging time for her as she had to look after her newborn son while trying to launch her business. Nevertheless, she did it and excelled!

Apart from clothes, the start-up even began selling handcrafted toys and nursery items made in Rwanda. Ade + Ayo also sells pacifier clips, swaddles, crib sheets, hats, and headbands, among several other things. Each product is priced differently. For example, a cloth bib comes for as low as $6.50, while apparels range from $18 to $22.50. Adedokun is supported by her husband, Abisola, who joined her to pitch the venture to the “Sharks” in season 13 of the reality show.

Soon after Adedokun was furloughed in 2020, she and Abisola decided that it would be best to invest some of their life savings into Ade + Ayo rather than have her look for another job. By October 2020, the new mother finally launched her business. Now, you can find the products and purchase them on Ade + Ayo’s official website.

Ade + Ayo boosts its sales by collaborating with other children-focused ventures. In February 2022, they joined hands with three other Black-owned baby brands to commemorate Black History Month. In addition, it helps that Ade + Ayo has been featured in Vanity Fair, Today, and The Good Trade. Adedokun also appeared on ‘Good Morning America,’ where she spoke about her entrepreneurial journey. To top it all, the business does its bit by giving back to society as a part of the profit is directed to organizations working in the field of education in Africa.