When Does After Life Season 2 Come Out Netflix? 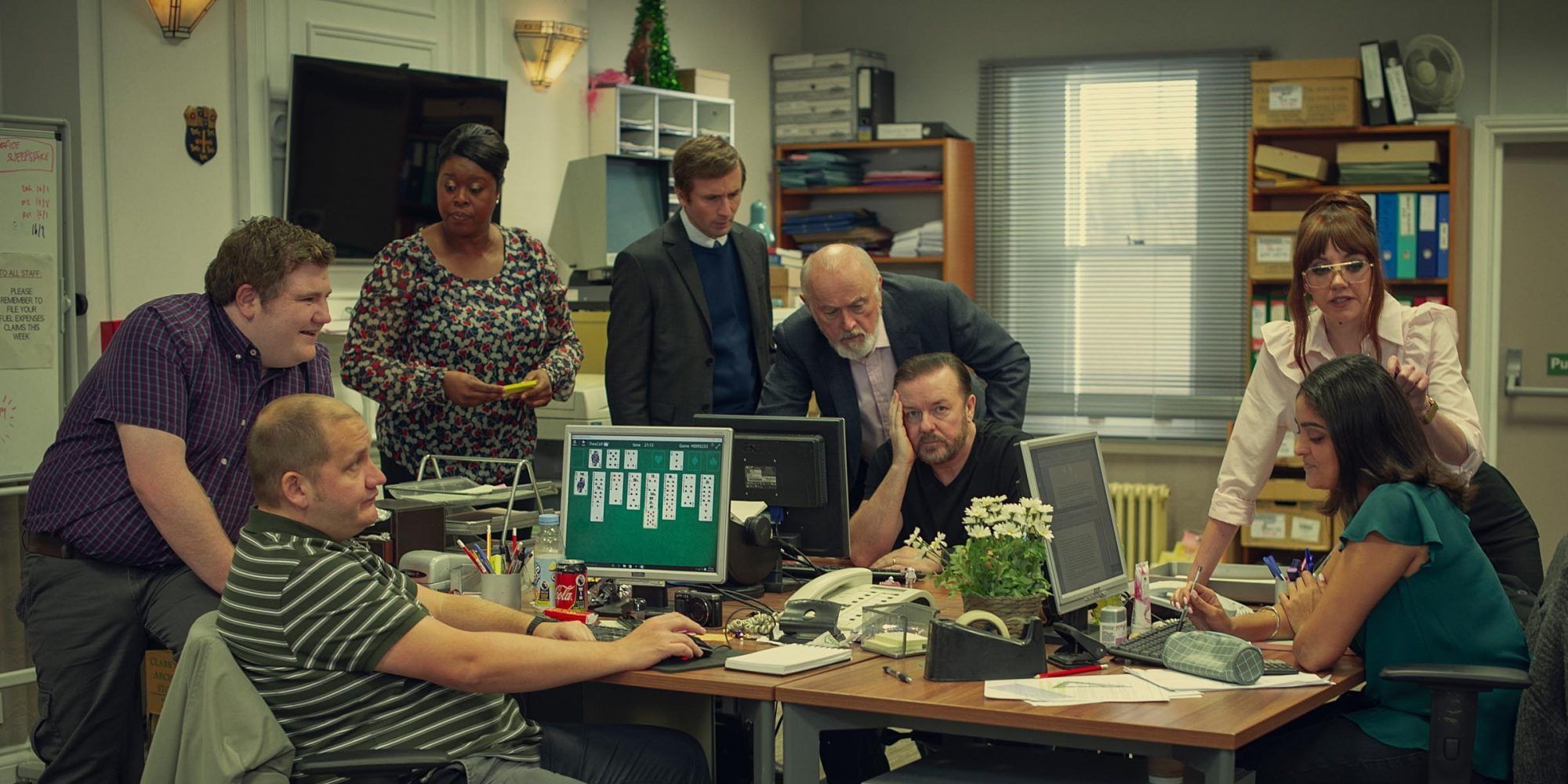 Upon its premiere in March 2019, ‘After Life’ was met with a positive response from critics and audiences who lauded the dark comedy for Ricky Gervais’ incredible performance as a newspaper writer Tony, who struggles to move on from the death of his wife and has, therefore, given up on life. Created and directed by Gervais, the viewers also appreciated the show’s ability to blend serious themes like depression and suicide with dark and intelligent comedy.

Owing to its popularity, the grief-themed show was bound to get renewed. If you are a fan, you must be wondering: when will ‘After Life’ season 2 release, and what will it be about? We have got you covered. Keep reading!

‘After Life’ season 2 is all set to premiere on April 24, 2020, on Netflix. Just like its previous season, the second season will consist of six episodes with a runtime of 25-30 minutes each.

After Life returns on 24 April. Yes, the dog will be back! @rickygervais, too. But the dog!! pic.twitter.com/75wIb96KSr

After Life Season 2 Cast: Who is in it?

Except for a few, all the cast members might return to portray their respective characters in season 2.

Golden Globe Award-winning actor Ricky Gervais (‘The Office’ – U.K.) will undoubtedly return to headline the cast as Tony Johnson, the head of the feature stories department at Tambury Gazette, who is suffering from a suicidal crisis after his wife’s demise. Tom Basden will be returning as Matt, Tony’s brother-in-law/boss. Kerry Godliman will also be returning as Tony’s late wife, Lisa Johnson, in flashbacks, of course. The star of the series, Anti, will be reprising his role as Brandy, Tony’s dog, and life-line.

The other returning cast members might include Diane Morgan as Kath, Ashley Jensen as Emma, Tony Way as Lenny, Mandeep Dhillon as Sandy, David Bradley as Ray Johnson, Paul Kaye as Tony’s psychiatrist, Tommy Finnegan as George, among others. Season 2 will also see many new additions to the cast. Tim Plester, who essays the role of Julian Kane might not be returning for a second round.

After Life Season 2 Plot: What can it be About?

In the first season, Tony’s life turns upside down after his wife passes away from cancer. Overwhelmed by feelings of grief and sadness, Tony has suicidal thoughts and falls into depression. Thankfully, the people around him push him to give life a second chance by advising him to seek the help of a psychiatrist, drown himself at work, and just avoid being rude to people. He doesn’t entirely succeed, but every step counts, right? The season ends with Tony finally finding a little peace from the chaos in his mind as he decides to be kind and compassionate.

In season 2, we can expect Tony to strive to be a better friend and co-worker to the people who genuinely care about him. His pessimistic view about the world has certainly changed a little, and that can work in favor of him as he might try to mend his relationships with the people he has hurt. Through flashbacks, the season might also showcase some heart-warming moments between Tony and his late wife, Lisa.

Talking about matters of the heart, Tony might give some serious thought about jumping into the dating scene again, as he is slowly starting to develop feelings for his father’s nurse, Emma, and might take their relationship to the next level. But before that, Tony might have a more significant task at hand, as his workplace might be on the verge of shutting down, and he might have to do everything in his power to stop that from happening.

As we wait for an official trailer for ‘After Life’ season 2, check out the trailer for season 1!