Will There Be an Agent? 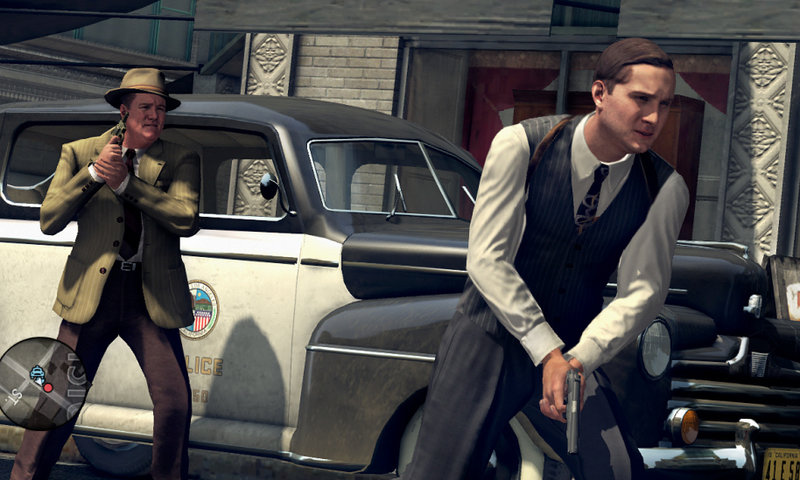 It’s been a long time since Rockstar released a game not named ‘Grand Theft Auto’ or ‘Red Dead Redemption’. Although both of those franchises have seen immense success in recent years, the apparent lack of original titles coming from them is a bit disheartening.

In many ways, the popularity of their two mainline franchises has been both a success and a curse for Rockstar, who no longer find themselves with the luxury of experimenting with different types of games, much as they did during the early to mid-2000s with games like ‘Manhunt’, ‘Bully’ and ‘L.A. Noire’.

However, Rockstar has some original projects in the production pipeline, one of which is the continually delayed ‘Agent’. The game has long since rumored to be in development but lately, the news trail has gone rather cold. Will there even be an ‘Agent’? Read on to find out everything we know.

Agent Gameplay: What To Expect?

First announced in 2009 as a PlayStation 3 exclusive, ‘Agent’ is an open-world stealth-action game presented from a third-person view.

The webpage for the game describes it as follows:
“Rockstar Games is proud to announce Agent. Developed by the people behind Grand Theft Auto, Rockstar North, Agent will be available exclusively for the PLAYSTATION®3 computer entertainment system. Agent takes players on a paranoid journey into the world of counter-intelligence, espionage and political assassinations during the height of the Cold War at the end of the 1970s.”

Besides this, we don’t really know all that much about what to expect from ‘Agent’. However, we can make some educated assumptions based on what we have. While stealth games and open-world games are two very popular genres in gaming, very few games actually manage to combine the two effectively. Typically speaking, open-world games take a much more lax and voluntary approach to stealth, with basic mechanics and limited options for engagement in terms of available equipment.

A good example of this is the ‘Assassin’s Creed’ games, where stealth is pretty much an afterthought. Of course, it is not surprising to find this to be the case since creating robust stealth mechanics that function in an open-world setting is a very arduous task. However, if there is any studio that can pull it off, it is Rockstar. With their extensive expertise in open-world games and massive development team, ‘Agent’ might just be a true stealth game in a truly open world.

Of course, Rockstar already does have some experience with the stealth-action genre, having previously developed and published the stealth survival horror game ‘Manhunt’ in 2003, which reportedly also serves as something of an inspiration for ‘Agent’. I could see several of the trademark features in ‘Manhunt’ such as the brutally gruesome execution mechanic and stealth system that uses shadows as cover making a return in some form or the other in ‘Agent’.

Since the game is set in the Cold War, I’d expect ‘Agent’ to eschew the irreverent and satirical tone of the ‘Grand Theft Auto’ series in favor of something more down to earth and serious. It also means that players are in for a globe-trotting adventure spanning from the United States of America to the Soviet Union. This is likely to be done with a storyline involving multiple protagonists, something Rockstar has already experimented with successfully in ‘Grand Theft Auto V’.

In keeping with Rockstar’s recent trend of releasing massive online multiplayer modes with their new games, I would expect ‘Agent’ to feature some sort of social community modes as well as competitive PvP modes.

Agent Developers: Who Are the People Behind It?

The game’s development history is rather messy, having been first announced way back at E3 2007. The title was revealed two years later in 2009. Despite the delay, Rockstar’s parent company Take-Two Interactive confirmed that the title was still in development in 2010. However, we haven’t heard much from them since then. The final nail in the coffin was their decision not to renew the trademark for the name “Agent” in November of last year, which would suggest that the game has either been canceled or put on ice indefinitely.

Agent Release Date: When And Where Can I Play It?

Having been in development hell for over 12 years, there’s no saying when ‘Agent’ will come out for certain, or whether it will ever even be finished. Currently, it is looking increasingly like Rockstar may have abandoned the project entirely. However, even if production on ‘Agent’ ramps up in the near future, it would release sometime in 2022.

Of course, if Rockstar gets busy on development for ‘Grand Theft Auto VI’, then we can expect ‘Agent’ to be delayed even further.

Originally, ‘Agent’ was announced as a PlayStation 3 exclusive. Considering that the platform is now no longer relevant, ‘Agent’ will likely release on the upcoming PlayStation 5. Of course, after all this time there is also the possibility that the game might see a cross-platform release on PC and Xbox Series X as well.