16 Games You Must Play if You Love ‘GTA’ 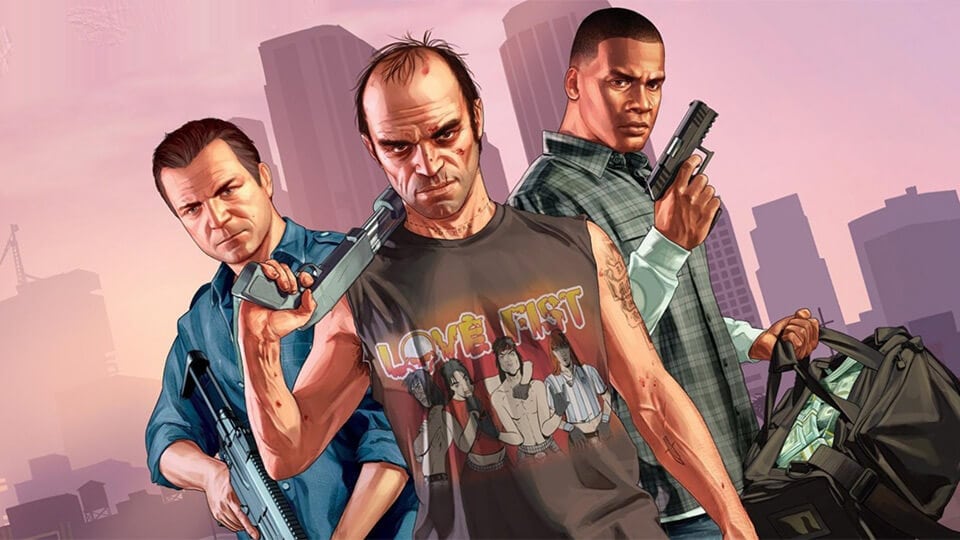 The ‘Grand Theft Auto’ (GTA) series has been the mainstay of open world gaming for years now. It has taken the intricacies of city design, character background, and plot style to the pinnacle of creativity. With compelling stories based on crime and loyalty built around rich urban landscapes, ‘GTA’ has drawn in gamers for several years, and is rightfully considered as the gold standard in all of gaming. Here is the list of video games similar to GTA that are our recommendations. You can play these open world games like GTA on Xbox, PS4, Xbox 360, mac, ps4, android, iphone and even online. 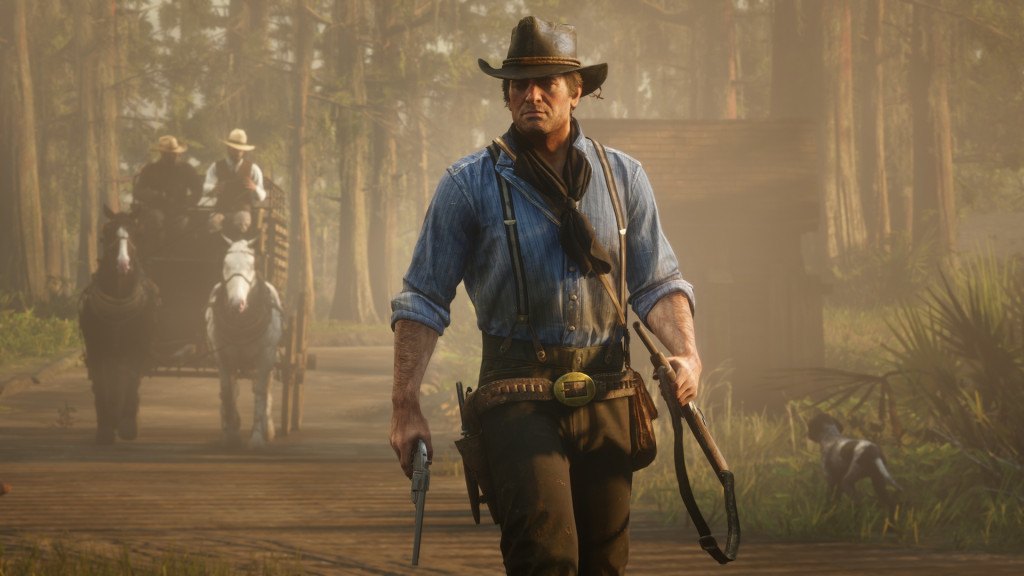 If you love movies like Once Upon a Time in The West and Unforgiven, you will definitely love Red Dead Redemption 2. It captures the lawlessness of the wild west perfectly, and RDR2 was undoubtedly the most hyped up release of 2018. With players sinking hundreds of hours into the game and still running into new things to do, it is truly a masterpiece. From the creators of GTA V themselves, Rockstar Studios published yet another masterpiece. The game is quite possibly the most visually advanced title on any platform right now, and it caters to anyone who loves the art behind video games. While you get to play as Arthur Morgan, a member of the Van der Linde gang, there is much more to the story than just the tale of Arthur. RDR2 speaks about the changing times in America and makes you question your morality constantly. The game proves that not everything is black and white, and there’s a lot of gray in between. 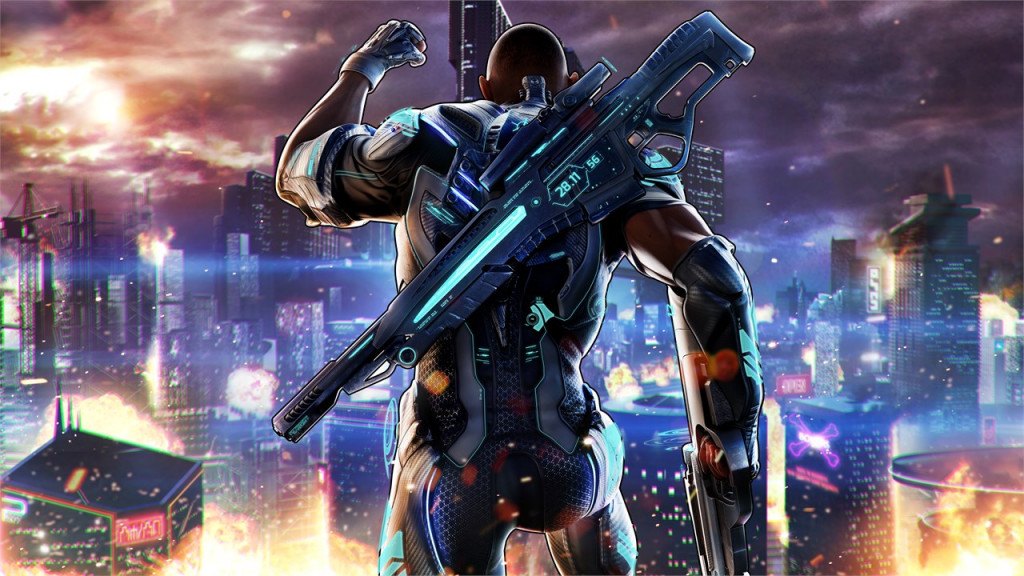 The original Crackdown is one of the most impressive games to come out on the Xbox 360 and Crackdown 3 came along with a lot of expectations on its shoulders. It has been 3 weeks since launch, and even though the game received mediocre reviews, the game is still worth a shot for anyone who is a fan of the older Crackdown games. Whether you are a Terry Crews fan or simply want to try out a shooter that is relaxing, Crackdown 3 should fit your bill. Wrecking Zone’s environmental destruction is arguably the best part of the game as it allows you to wreak mayhem wherever you go, and it definitely is fun to smash things without consequence after a long day’s work. Crackdown 3 is essentially the same Crackdown experience we’ve had in the Xbox 360 era with little improvements. The game is much more enjoyable on PC as Xbox One users have been complaining about aggressive auto-aim which makes the game a bit too easy to beat. With no aim assist in place on PC, it should be a much more balanced experience. 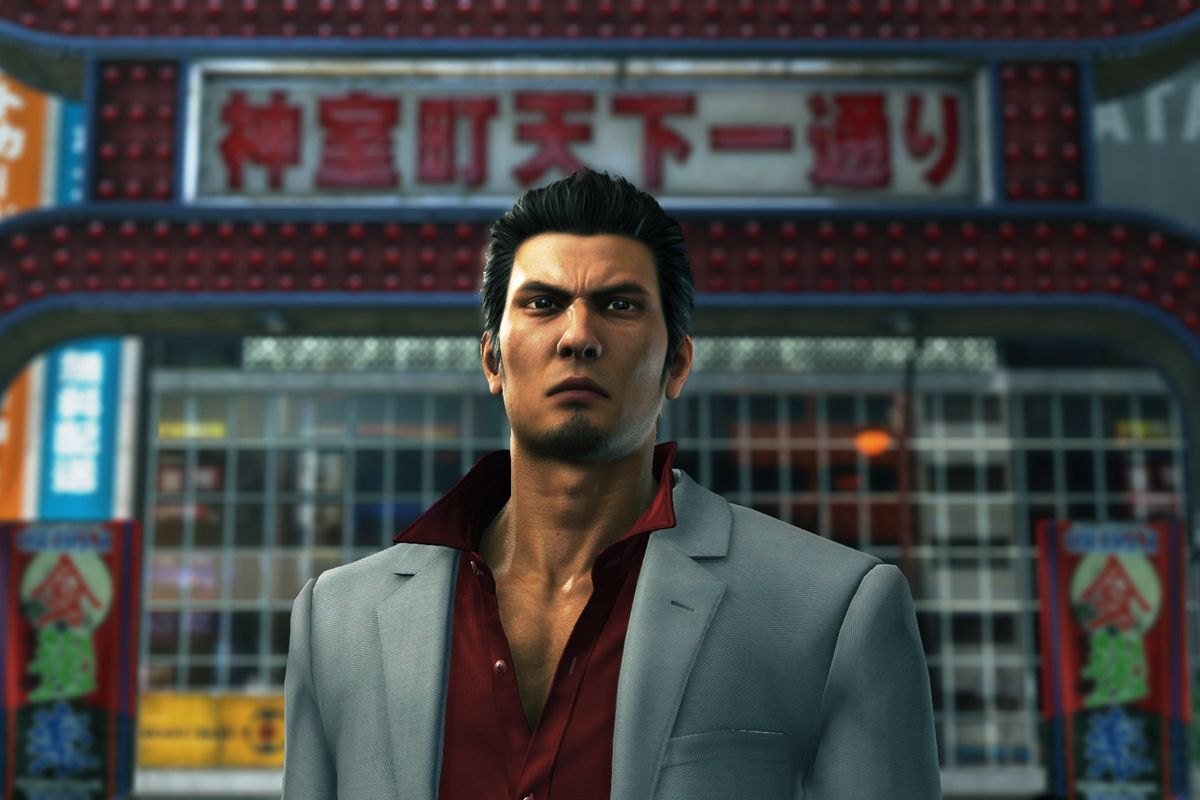 Yakuza 6 is essentially a Japanese version of GTA, and quite possibly more fun. It is one of the most underrated PlayStation franchises in the west despite its cult following in Asia. One of the biggest reasons for the franchise to not get enough attention is the fact that many of the older games were never translated to English or did not have English voice acting. All that changed with Yakuza Kiwami, Kiwami 2 and 0 coming out with great reviews. Yakuza 6 is supposed to be the final chapter of Kazuma Kiryu’s storyline, and we couldn’t be prouder of “Kiryu-chan” after going through his journey for 14 years since the release of the first game. If you are new to the franchise and have played Yakuza 0, A Song of Life is nothing like it. The mechanics have been modernized, and things like saving and item management are much simpler. It is also far more visually advanced than the other games, and as usual, the acting is brilliant. 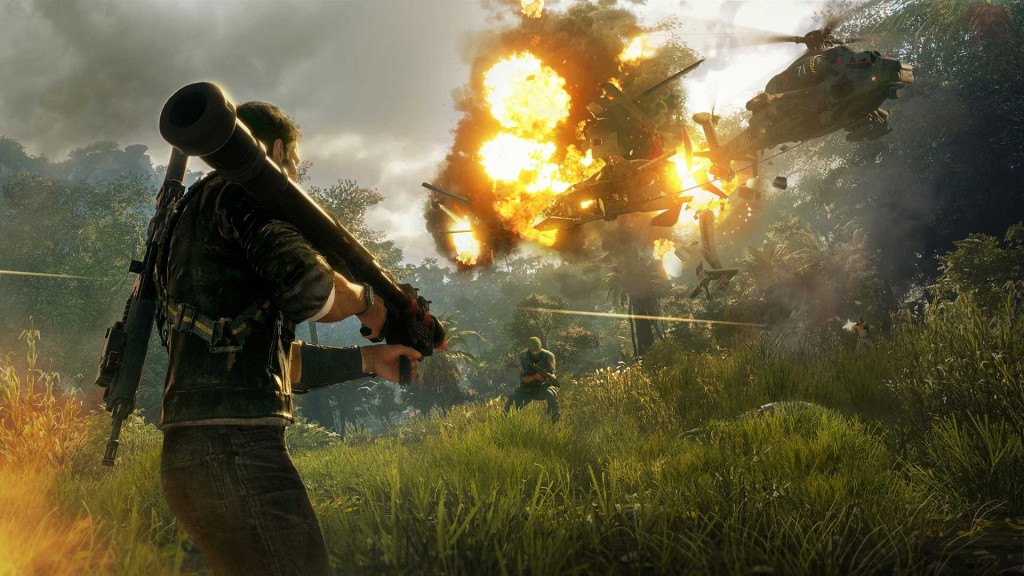 Just Cause 3 was all about over the top action and Just Cause 4 offers a very similar experience. If you are looking for an action-adventure game that is very similar to GTA but in a different setting, Just Cause 4 is the right game for you. The game has insane explosion physics, and you can do pretty much anything you want with the game world. The game does improve in a few ways over its predecessor with the introduction of grapple mods and weather affecting gameplay. While it might not be enough to win over a Just Cause fan who has played the last games, if you are new to the franchise, it is definitely a great place to start as it contains all of the mechanics that makes the franchise great. There are some DLC expansions planned for the game as well which have not been released just yet so if you finish the game, there’s more content coming later this year. 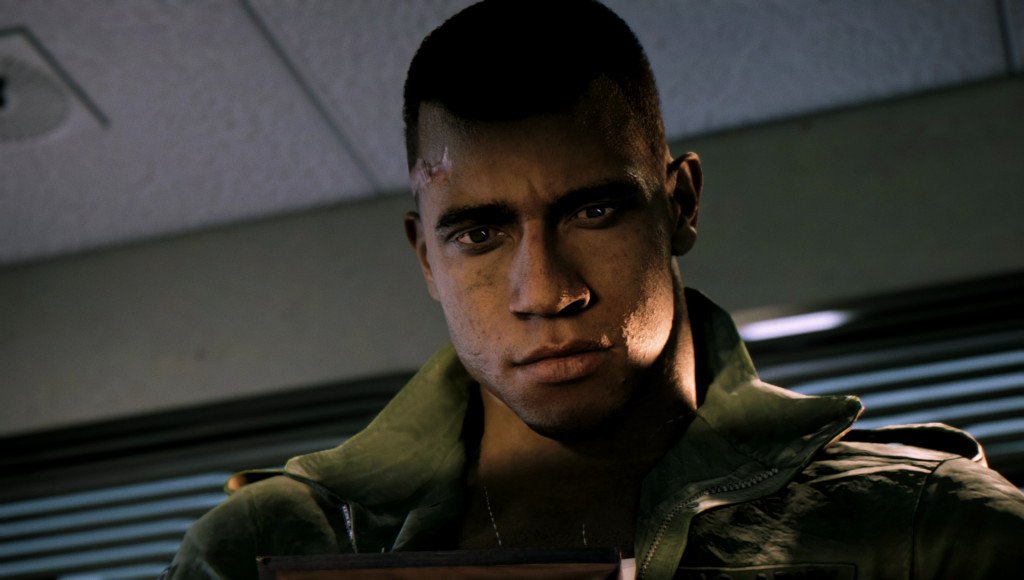 The Mafia series was always known for its spectacular storytelling. If you loved movies like the Godfather and wanted to be a mafia lord without getting in trouble with the police, Mafia 3 is a solid video game to help you do just that. Unlike GTA V where all of the focus is on the gameplay, Mafia 3’s strengths lie in character design and storytelling. The narrative is extremely good, and it will keep you engaged from start to end. New Bordeaux looks incredible in-game and the game’s protagonist Lincoln is a very intriguing character. The game does get weighed down by repetitive side quests; the storytelling pulls the title through making it worth your time. Just like GTA V, you rule the world, and it is up to you to be as lawless as you want. The high-octane car chases and the stellar campaign will keep you engaged for hours on end, and we strongly recommend giving Mafia 3 a shot if you like crime games. 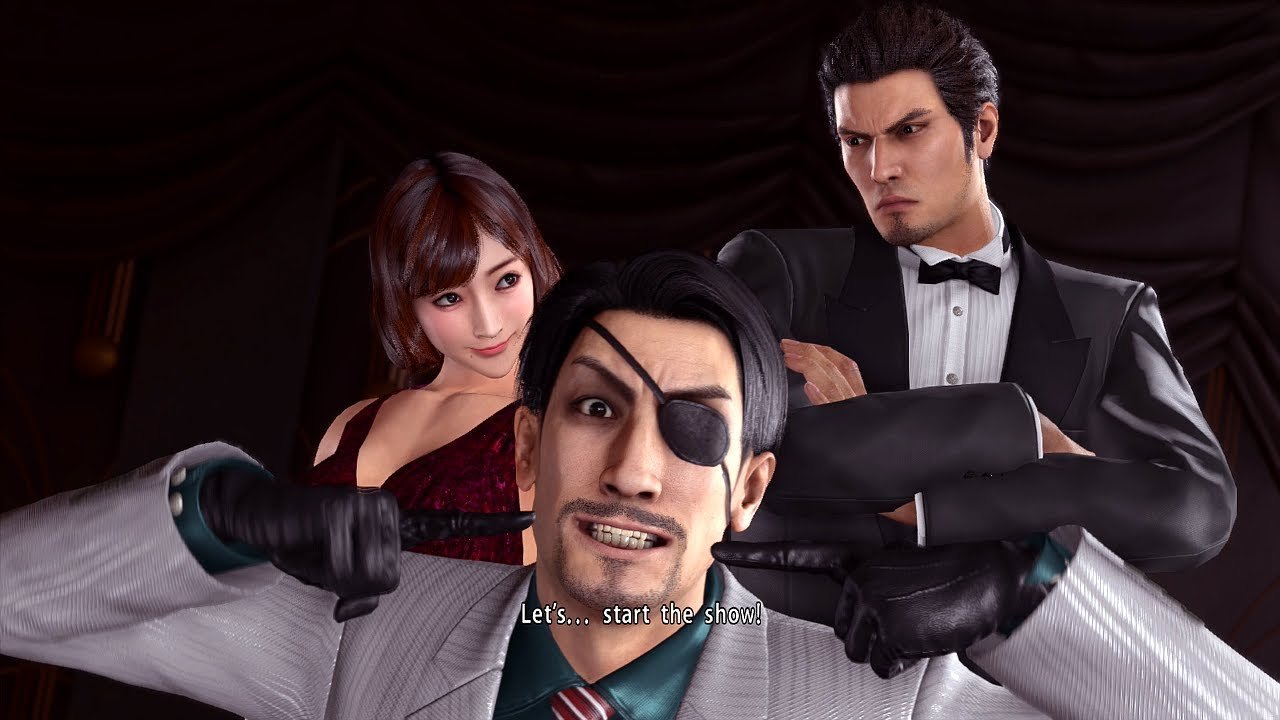 Yakuza Kiwami 2 is a remaster of the original Yakuza 2 that came out on the PS3, PS2 and the Wii U in 2006. If you are completely new to the franchise, we recommend starting with Yakuza 0 or simply read the webcomics to know what’s going on. SEGA’s Yakuza games are known for compelling narratives, fun gameplay and a ton of side activities. While other games offer side activities to offer a distraction from the main game and add content to the game, the main storyline feels like a distraction from the side activities because that’s how fun this game is. You can manage a nightclub, play with remote-controlled cars, go show off your skills at karaoke and so much more with Yakuza Kiwami 2. And despite all of the light-hearted fun that’s to be had the main storyline is a compelling tale of crime, betrayal and Kiryu’s journey to redemption after he was disgraced and shunned by his “family.” 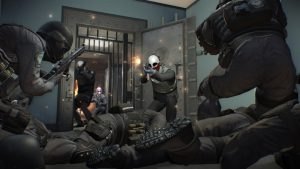 The latest iteration of the series, ‘GTA V’, took it to a whole other level when it came to heists. Bank robberies were intricately planned out, and the missions were exhilarating. ‘Payday 2’ is arguably the most accomplished co-op first person shooter that brings that same rush to robbing banks, shops, armoured cars, and so on. The co-operative elements make it a blast to play alongside friends. Although the game’s AI is slightly fundamental, ‘Payday 2’ is sheer fun at its best. 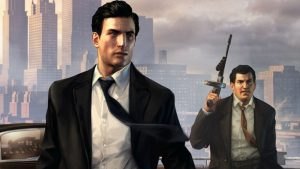 The ‘GTA’ series has mainly revolved around organised crime, and how the main protagonist(s) make their way around it. This background makes for some outstanding, rooted storytelling that deals with crucial social, and political themes. Organised crime seldom gets any higher than the Mafia, and its video game representation finds its high point in ‘Mafia II.’ The game follows Vito Scaletta, a young Italian gangster, and his rise through the ranks of the Mafioso. The game’s depiction of the Golden Age of America blends superbly into the richly woven narrative as well. 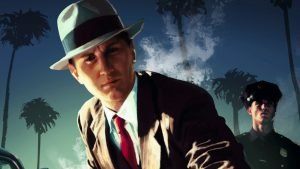 ‘L.A. Noire’ is a truly unique offering from Rockstar itself, through the dedicated efforts of Australian game developer Team Bondi. It is an open world action-adventure game set in 1940s Los Angeles, the fidelity of which is beyond comparison. The game broke new ground in motion and face capture technology, in a story revolving around Cole Phelps, a Los Angeles Police Department detective. The game is gorgeous, compelling, and feels like ‘GTA’, but from a cop’s perspective. 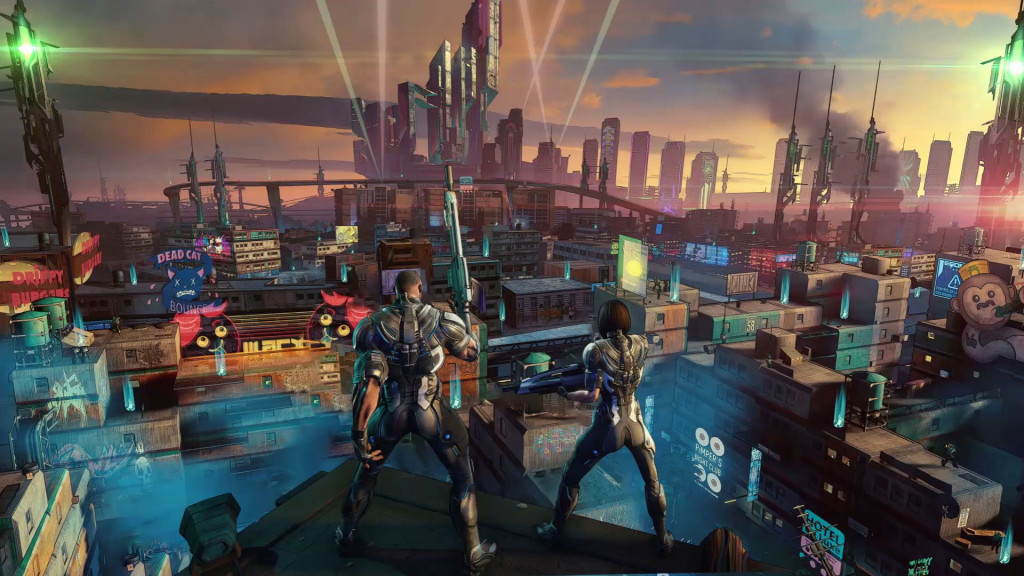 Developer Realtime Worlds wanted to exceed the basic premise of ‘GTA’ by giving the player extra tools to enjoy beating up enemies and traversing the world, and boy did they succeed! ‘Crackdown’ is an open sandbox centred around a super-powered Agent who uses his abilities to bring the fight to crime lords and take down their syndicates. The game is an adrenaline rush from start to finish, and players have the freedom to play it as they want to, with a co-op mode in the mix as well. 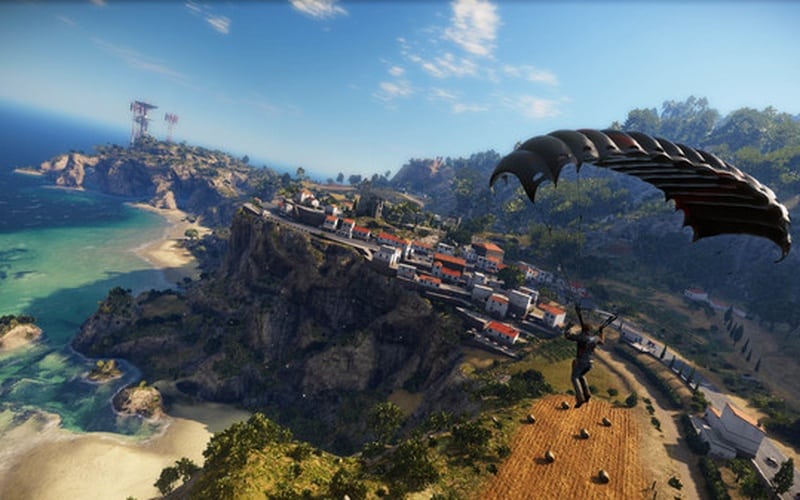 The ‘Just Cause’ franchise has been synonymous with a sprawling open world, and tools to cause mayhem everywhere, and the latest release takes that formula up a notch. While ‘GTA’ has always been known for its brilliant storytelling, there’s a unique pleasure in simply travelling across the detailed world and do what we want to. ‘Just Cause 3’ exemplifies this formula, as players can forget about the inconsequential plot, and create chaos through innovative ways or simply travel in several ways, most notably through the new wingsuit, along with the signature grappling hook. 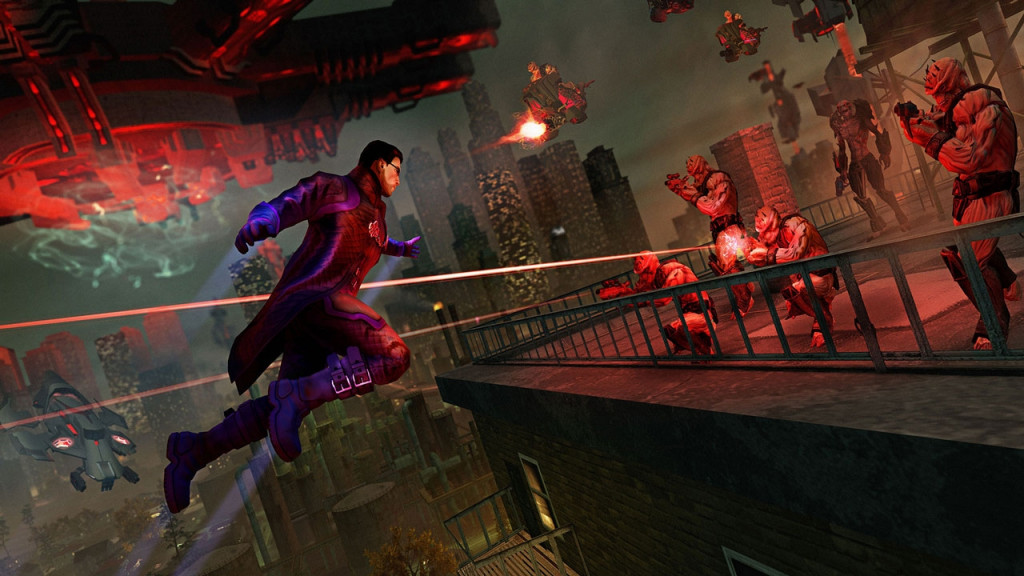 The ‘Saints Row’ series of video games are, in many ways, quite similar to ‘GTA’, and in many other ways, absolutely isn’t. These games liberally borrow elements of science fiction, specifically cyberpunk and extraterrestrial life, and magnificently parodies video games, and pop culture in general. ‘Saints Row 4’ perfects this formula, against the protagonist becoming the US President and fighting off aliens with super powers. Its much stranger than it sounds, and is therefore, a thoroughly unique world to get lost in. 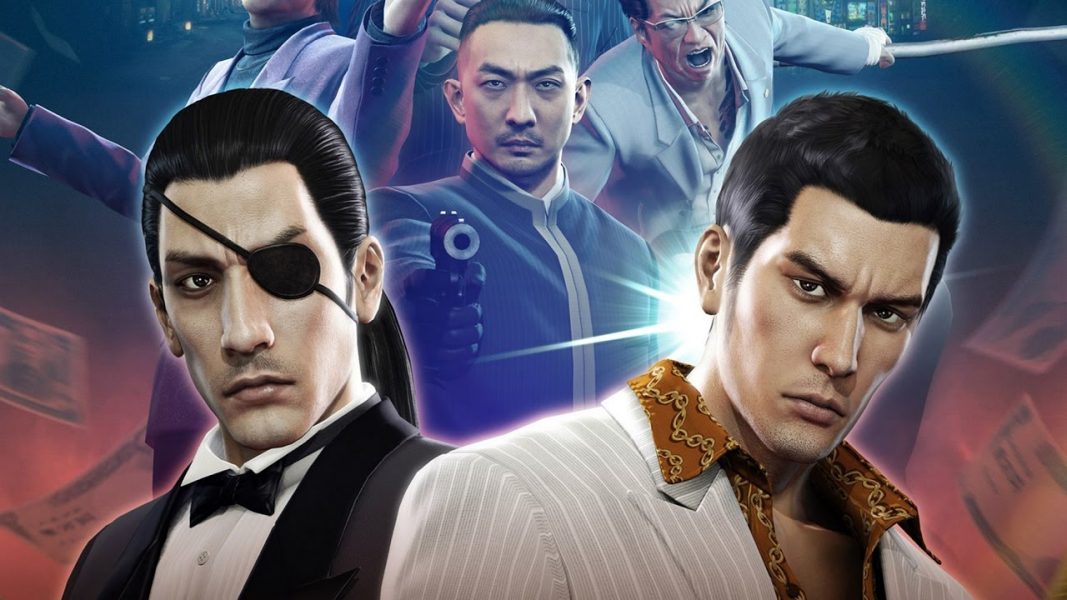 The ‘Yakuza’ series have been based on the eponymous transnational organisation of crime syndicates based primarily in Japan. ‘Yakuza 0’, as its name suggests, is a prequel to the series. Its based in the late 1980s in fictionalised areas of Tokyo and Osaka, centring around Kazuma Kiryu and Goro Majima, two unlikely figures heading for the top of the crime food chain. The game depicts an astonishingly detailed world, echoing Los Santos and Vice City of ‘GTA’ admirably well. The crime-based plot makes it akin to this series too, and the narrative arrests our attention right from the start. 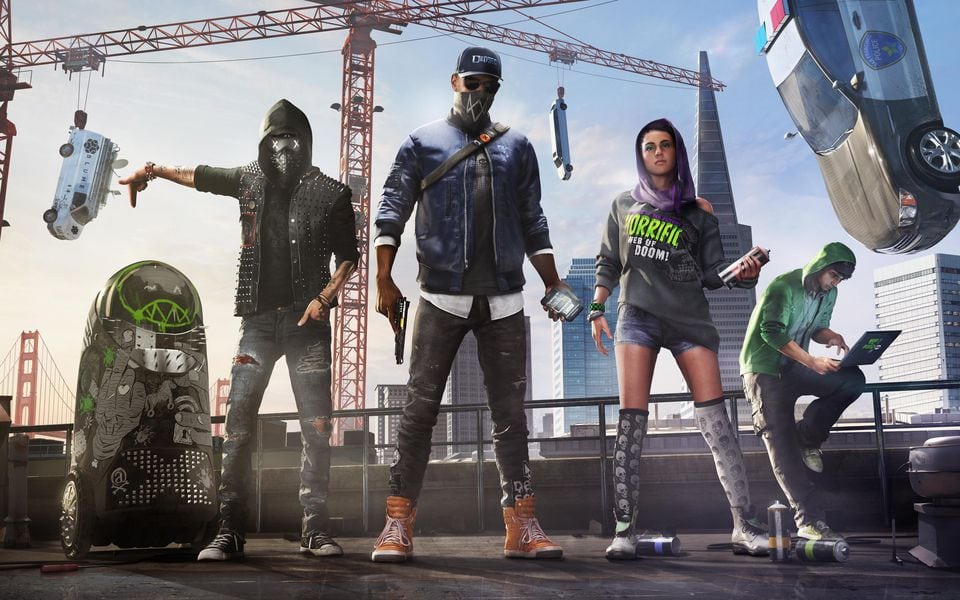 The ‘Watch Dogs’ series promised a lot when it was first teased, as it incorporated the hacking counterculture into a dynamic open world. While the first game didn’t meet all expectations despite being a fairly decent offering, it was ‘Watch Dogs 2’ that upped the ante. In many ways, the game is very much like ‘GTA’ with the obvious addition of the nifty technology tricks up its sleeve. The narrative delves deep into Silicon Valley, and its subtle attack on the tech industry and their stance on customer privacy works wonders. The vibrant world of San Francisco is among the best-looking in all of gaming. 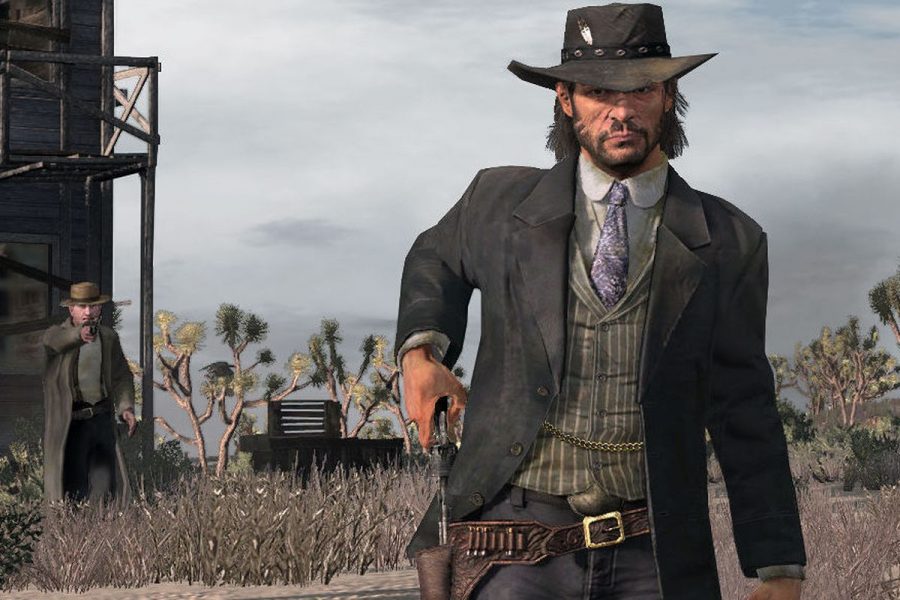 Arguably Rockstar Studios’ pièce de résistance, ‘Red Dead Redemption’ is not only a magnificent open-world video game, it also proved that the Western genre could be brought alive in the medium. With a fleshed out world, a compelling protagonist in John Marston, and a heartrending story, ‘Red Dead Redemption’ is video game royalty, and has got quite a lot in common with ‘GTA’, including the vast open world, the detailed side missions, and core gameplay mechanics. 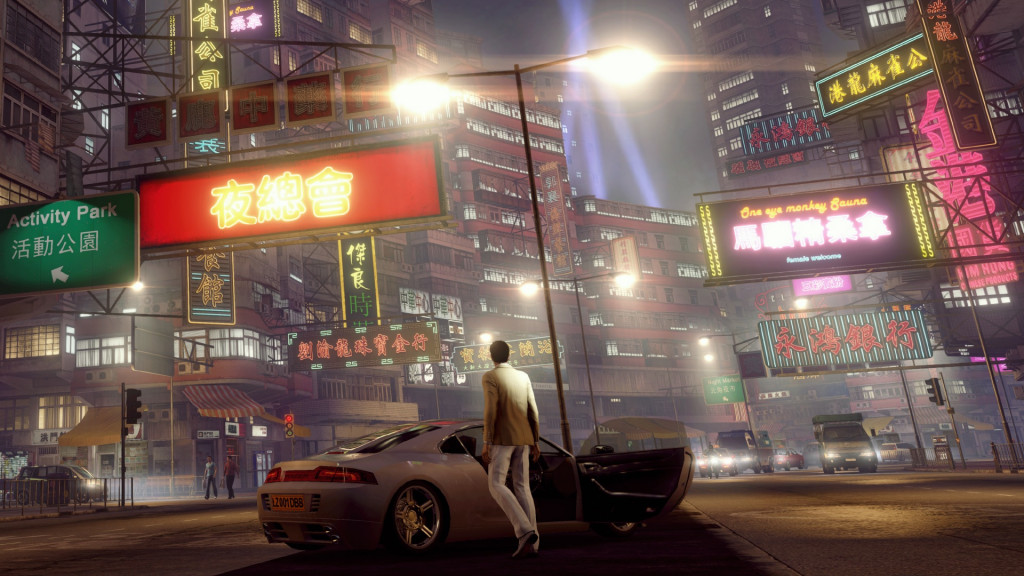 Set in downtown Hong Kong, ‘Sleeping Dogs’ came out of practically nowhere to astound the world with its level of detail in capturing the open world of the city, and the fresh plot with gripping characters. The story revolves around an undercover police officer and his attempts to infiltrate the Sun On Yee Triad organisation. From the driving mechanics to the fluid combat system that evoked Rocksteady’s ‘Batman: Arkham’ series, the game nailed every aspect wonderfully. ‘Sleeping Dogs’ is the most ‘GTA’ you can get without actually playing the series, and then some.