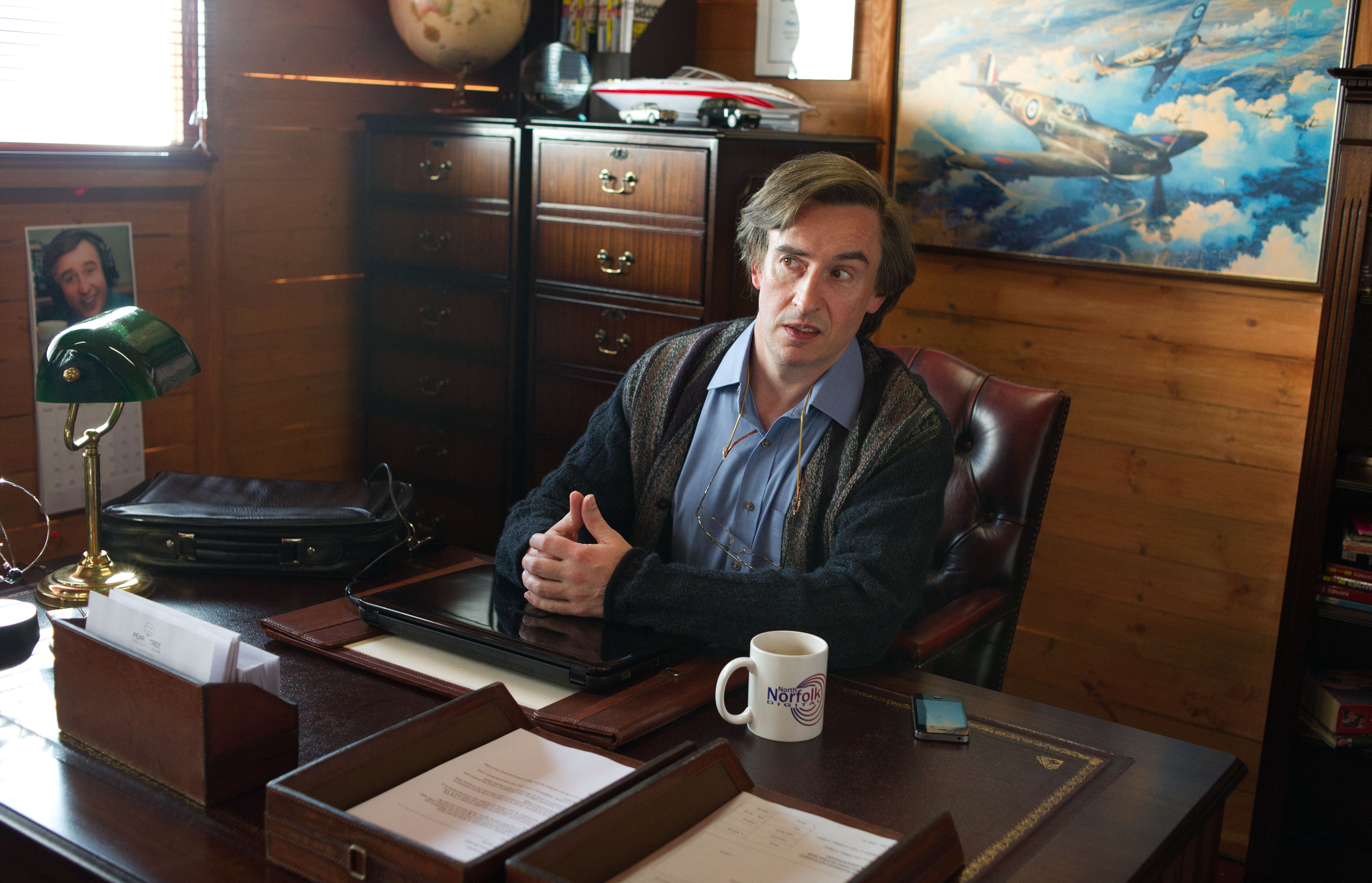 English actor and comedian Steve Coogan’s iconic television/radio presenter Alan Partridge finally got a feature film release in 2013 titled ‘Alan Partridge: Alpha Papa’ after decades of flirtation with the silver screen. The movie may not have been a thumping commercial success, but it was loved by critics all over and became an instant cult classic for long time fans of the character.

A sequel was announced almost immediately in 2014, but the project has dragged on for a good 5 years since then. Read on to find out everything we know about ‘Alan Partridge: Alpha Papa 2’, and whether there will even be such a movie.

What Could Alan Partridge: Alpha Papa 2 Be About?

2013’s British action comedy ‘Alan Partridge: Alpha Papa’ marked Alan Partridge’s debut on the big screen, after a number of appearances on TV including the BBC sitcom ‘I’m Alan Partridge’ in 1997 and the spoof memoir ‘I, Partridge: We Need to Talk About Alan’ in 2011.

The movie follows Alan’s stint at Norwich radio station North Norfolk Digital, presently undergoing restructuring after being bought out by a large multinational corporation. While initially supportive his fellow colleague DJ Pat Farrell’s (played by actor Colm Meaney) job security, Alan quickly turns on Pat upon finding out that one of them must lose their job, even going so far as to write “JUST SACK PAT” on a chart in a meeting room.

However, Alan did not expect Pat to take the news of his firing as badly as he does, and quickly finds himself in a hostage situation inside the company headquarters with an unhinged Pat waving a shotgun around. The police arrive and decide to draft Alan as the hostage negotiator, given his familiarity with the hostage taker. Alan then proceeds to build a tenuous rapport with Pat, and along with his co-presenter Sidekick Simon the three men begin to host a radio show right in the middle of the hostage crisis. In typical Partridge fashion, Alan dreams of heroic deeds where he single-handedly disarms Pat and saves the day, but finds himself too cowardly to actually make a move.

As the hostage scenario wears on, Alan accidentally locks himself out of the broadcast building, hilariously losing his pants while trying to slink back in through a window and baring his incompetence for all to see. Seeing this comedy of errors from their chief hostage negotiator, the police decide to send in a disguised police officer instead but are foiled by Alan’s fatuity, allowing Pat to make his escape with Alan and a security guard named Michael in tow. Alan and Pat proceed to resume their broadcast on board a bus, which comes to an abrupt halt when Pat deduces that Alan was the real reason behind his firing. A panicked Alan locks himself inside the bus’s toilet and eventually escapes through the septic tank.

The movie culminates in a final climax on the Cormier Pier, with Alan facing off against a distraught Pat who reveals that he is suffering from depression from his wife’s death and asks Alan to shoot him. However, Alan decides to throw the gun away instead, which promptly misfires and catches Alan in the leg, followed by another shot by a startled police officer with a sniper. Despite his exaggerated reaction, a paramedic assures Alan that he will make a full recovery, and the movie closes with Alan going on a holiday with his coworker Angela Ashbourne (played by actress Monica Dolan).

Not much is known right now about the plot of ‘Alan Partridge: Alpha Papa 2’, but it is sure to involve all manner of hijinks and classic Partridge-isms.

Alan Partridge: Alpha Papa 2 Cast And Crew: Who Could Be Behind The Movie?

‘Alan Partridge: Alpha Papa’ stars English actor and comedian Steve Coogan as the titular Alan Partridge. He is joined by Irish actor Colm Meaney who plays his coworker turned nemesis Pat Farrel, Monica Dolan as Angela Ashbourne, Sean Pertwee, Tim Key as “Sidekick” Simon Denton and Simon Greenall as security guard Michael to round off the main cast. The movie was directed by Irish television and film director Declan Lowney and the script was the result of the combined talents of Steve Coogan, Armando Iannucci, Peter Baynham and brother duo Neil and Rob Gibbons

Steve Coogan reprises his role as the eponymous Alan Partridge in ‘Alan Partridge: Alpha Papa 2’. However, the rest of the casting is a mystery at this point in time.

Alan Partridge: Alpha Papa 2 Release Date: When Will it Premiere?

While we wait for news about ‘Alan Partridge: Alpha Papa 2’, why not watch the trailer for the original right here: