Where Are the Alaskan Bush People Now? 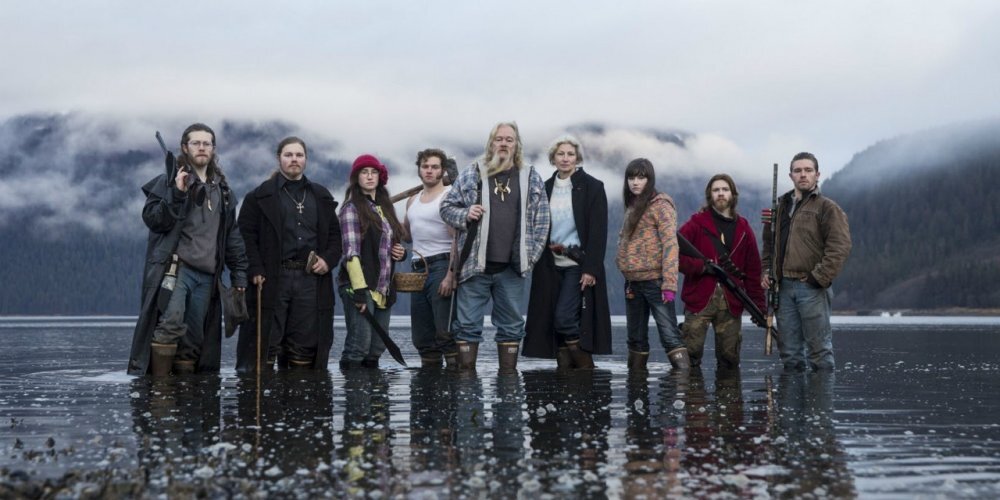 Upon its premiere on May 6, 2014, ‘Alaskan Bush People’ opened to a favorable response from the audiences for providing unadulterated interpersonal relationship drama between the members of the Brown family, who strive to survive the extreme situations that arise in the Alaskan wilderness. Apart from being remarkably popular among the viewers, the show hasn’t been devoid of controversies, the major one being the allegations of it being inauthentic and gravely scripted.

Despite that, the show has spawned eleven seasons, each depicting the day-to-day activities in the lives of the Brown family. In case you’re wondering where the family members are now, we have got you covered. But before that, let’s have a look at the highlights of the show!

The Brown family has lived in The Last Frontier for almost 40 years. It all began when Ami Bronson left her family behind in Texas at the age of 15 to tie the knot with Billy Brown, who is 11 years older than her. The couple gave birth to seven children – Matt, Bam Bam, Bear, Gabe, Noah, Birdy and Rainy, and their lives have never been the same since.

Over the seasons, we have seen the family go through a lot, especially the eldest son, Matt Brown. Matt departed from the show around Season 8, to focus on recovering from his unhealthy alcohol addiction. It has been reported that the reality star had been to rehabilitation thrice, the last time in January 2019.

Noah married his girlfriend Rhain Alisha and the couple has a baby, Eli Brown. As if Ami’s cancer wasn’t depressing enough, Billy was diagnosed with a medical issue. In the latest season, he also developed a respiratory tract infection, which landed him in the ER. The family was also charged with “60 counts of first-degree unsworn falsification and first- and second-degree theft.” Bam Bam Brown was mostly off-season after falling in love with a former producer of the show, Allison Kagan. The youngest Brown, Rainy had to deal with depression from a younger age.

Bear Brown and his girlfriend Raiven’s tumultuous relationship also grabbed enough eyeballs during the show. For seven seasons, the family lived off-grid in Hoonah in Chichagof Island, located in Alaska. In season 8, Ami was diagnosed with advanced lung cancer because of which, the Wolfpack moved to Okanogan County, Washington. In season 11, Gabe Brown married the love of his life, Raquell, in the presence of the entire Brown clan, except Matt.

Where are the Brown Family Members Now?

As of 2020, not all the members of the Brown family stay together with the parents – Billy and Ami, who is in remission after her battle with cancer. The most controversial yet fan-favorite Brown, Matt is currently residing in California, away from his family. He seems to have taken back the charge of his life, after multiple trips to the rehabilitation facility.

Despite staying away from the family, Matt has nothing but good things to say about them and he has reportedly patched up with his father too. Here’s a video of Matt wishing his brother Gabe on his birthday!

Bam Bam Brown is currently living in Charleston, South Carolina, on a boat that he purchased with his girlfriend, Allison Kagan. When he is not filming, Bam spends his time fixing up the boat. By the looks of his social media account, it looks like the reality star has gotten serious about brushing up his photography skills. Here’s a beautiful picture of his new home, Fathom This!

Bear Brown and his girlfriend have separated after Raiven accused him of showcasing “erratic” and “mentally abusive” behavior towards her. It has been reported that Bear is currently living in a dilapidated storage container and is sleeping in a bed made of boxes.

He is also stuck in a paternity and custody battle with Raiven and is not allowed to see his new-born son, River. Despite that, Bear send a gift for River which Raiven shared with his fans!

Gabe, his wife Raquell, and their newborn son are reportedly living on the Brown family’s Washington home.

Noah Brown has left the family home and he currently lives near Coeur d’Alene, Idaho, with his wife Rhain Brown and their adorable son, Elijah Connor. Their new home is just hours away from the ranch of the Brown family, located in Loomis, Washington.

Although the accounts of both the Brown girls, Amora Jean AKA Snowbird and Rainy Brown are private, it has been reported that they live with their parents in Washington.