Are Alexei and Loren From ’90 Day Fiance’ Still Together? 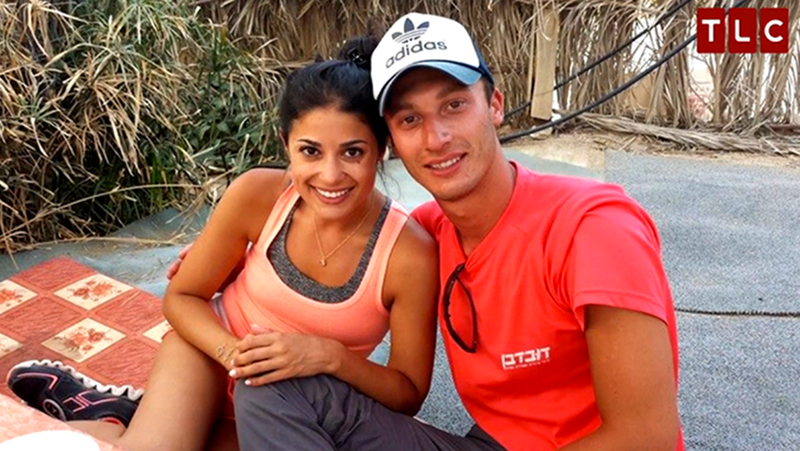 ‘90 Day Fiance’ is not only an American documentary-reality series that follows the journey of couples till their final destination, but it is also an ode to romance that tests the strength of true love and the ultimate sacrifices it requires. The superhit show that has been airing on TLC since 2014 provides non-stop entertainment with its perfect blend of romance, humour, drama, and big bites of reality!

With fiancés coming to the USA from all over the world on their K-1 visa and getting married within 90 days to their respective partners, the show gives us an insight into their daily lives and how they tackle the challenges that lead up to their wedding day. Season 3’s favourite couple, Alexei and Loren, won many hearts with their innocent love story, quirky sense of humour, and sizzling chemistry. Their incredibly romantic journey got them cast in various spin-offs too!

A 27-year-old Loren, working as an executive assistant in New York, took a trip to Israel, where she met the handsome 27-year-old, Alexei, who was her tour group’s official paramedic. Even though she stayed for only ten days, they fell in love, and Alexei proposed to her. They got engaged and she returned to the states. Soon after, she quit her job and moved back to Florida, where she lived with her parents in order to save money for her marriage. After two years of dating, Alexei, who originally traces his roots back to Ukraine, applied for a K-1 visa and came to the US in 2015.

Alexei and Loren’s relationship had smooth sailing and they hardly battled any extreme challenges during their courtship period. Their loyalty, trust, and complete honesty from the very beginning kept their committed relationship clean and healthy. Voted as one of the best couples of all time on ‘90 Day Fiance’, Alexei and Loren had a drama-free relationship, and their cute little arguments were only limited to trivial topics like Loren’s spending habits and love for shopping, and Alexei’s disapproval over Loren wanting to go to a strip club for her bachelorette party.

They also had a difference of opinion over Alexei’s career choice. While Loren wanted him to pursue modeling, Alexei wanted to become a policeman, firefighter, or paramedic in the states too. Loren also used to feel guilty about Alexei being away from his family and struggling with homesickness. Reports suggest that Alexei’s family is planning to move to America as well. Also, Alexei and his family came out with love and support when Loren spoke up about her insecurity over her Tourette Syndrome and encouraged her in every way possible.

Together, they overcame all problems big and small and tied the knot within three months. Moreover, in 2016, they travelled back to Israel and got married again in the country as they wanted to hold a ceremony with Alexei’s friends and loved ones as well. Shortly after, they moved to their new home in Miami, Florida.

Are Alexei and Loren Still Together?

YES! They are still together, married, and PREGNANT! In October 2019, the couple took to Instagram and announced the happy news. They are expecting their first child, who they revealed to be a baby boy. Having gained over 28 pounds, Loren is currently 35 weeks pregnant and has opted for a C-section. The baby is expected to be born in May.

Loren told TLC that, “It’s a surreal moment in our lives! I’m excited, terrified, over the moon, nervous and so much more! Alex is hands down the best partner I could have ever asked for during this time. The first trimester wasn’t easy for me, and he was and is an amazing support system. We are just overjoyed and cannot wait to meet our baby this spring! The fact that it happened in Israel just makes it that much more special for us. We have been through a lot, and we’re just so excited for this next journey together!” Alexei, too, expressed his joy and said, “I’m very excited and happy, but nervous and scared at the same time.”

Another happy news for the family came in January 2020, when Alexei officially became a US citizen. Alexei and Loren often share pictures of their travels on Instagram and a lot of beach photos as well!

Read More: Are Russ and Paola From 90 Day Fiance Still Together?