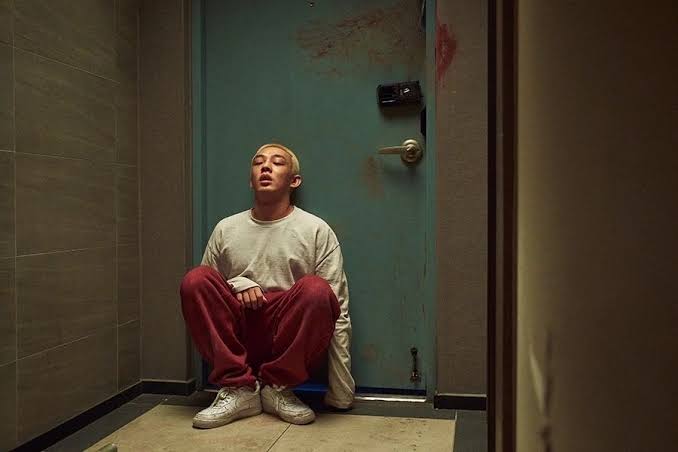 ‘#Alive’ is a film for the COVID-19 era. Director Cho Il-hyung’s latest bears an eerie resemblance to the world as it stands, evoking an uncanny feeling of deja-vu throughout. Starring Yoo Ah-in and Park Shin-hye, ‘#Alive’ tells the poignant story of loneliness in the midst of a zombifying epidemic. Although set in vastly different universes, the premise of ‘#Alive’ rings familiar.

Our protagonist, Joon-woo awakens one day to a world brought to its knees by a virus. The virus, which turns people into shrieking, flesh-eating zombies, has worked its way into the masses. Unfortunately for Joon-woo, his apartment complex has rapidly turned into a hotspot. People push, pull, and bite their way out of nearby high-rises as Joon-woo watches on in horror.

Here’s where ‘#Alive’ begins to hit too close to home. High population density feeds into the spread of the virus. With zombies roving the streets looking for fresh meat and no fellow survivors that he knows of, our protagonist has no choice but to cut himself off from the rest of the world, as if in self-quarantine. Whether intentional or not, the parallels drawn between the bleak ‘#Alive’ universe and ours is jarring.

Joon-woo fends off zombies by parking a refrigerator in front of his door, boarding up his windows, and strictly staying indoors. Food and water begin to run scarce and network signals are all but non-existent. Despite a weak internet connection, Joon-woo succeeds in posting a cry for help on social media. When, by a stroke of luck, Joon-woo does manage to get across to his family, he is greeted by sounds of them being mauled by zombies. The film then leisurely paces Joon-woo’s descent into depression, perhaps to arouse in the viewer the same feeling of jolting hopelessness.

Despondent and bitterly lonely, Joon-woo decides that he’d be better off dead. Just as he’s about to succumb to suicide, he spots a sign of another life. A laser light shines onto his face. In the flat directly opposite his, stands a girl, Yoo-bin, intently observing him. Abandoning all thoughts of suicide, Joon-woo makes his way to the window to make her acquaintance. Given their circumstances, the two form a fast friendship.

We discover that Yoo-bin has survived much the same way he has: barricaded doors, makeshift weaponry, and nerves of steel. Unable to escape the confines of their apartments, the two survivors find ingenious ways to bridge the zombie-filled gap between themselves. They communicate through walkie-talkies and exchange supplies through a make-do zipline, all while keeping bloodthirsty zombies at bay. They begin to hatch a plan to escape their desolate apartments and convene in (what appears to be) a deserted floor in Joon-woo’s building.

‘#Alive’ takes off like a rollercoaster, beginning with a slow climb in the first half and hitting a deafening crescendo in the second. Joon-woo and Yoo-bin’s plan gets off to a great start. Yoo-bin makes her way over to Joon-woo’s building in true zombie-assassin fashion and Joon-woo makes for a great zombie-slaying sidekick. But when they get to the deserted floor, they discover it’s not as deserted as may seem. Zombies lurk in every corner, hungry for their next meal.

Their knight in shining armor is a middle-aged man named Lee Sang-chul who comes bearing booby-traps in the form of smoke bombs. He deftly whisks the survivors into his apartment and outsmarts the zombies. He wins over the trust of Joon-woo and Yoo-bin by telling them of a rescue team that will soon come looking for survivors. But alas, their knight, too, is not what he seems. He drugs the two survivors and throws Yoo-bin inside a locked room as feed for his zombie-turned wife. Yoo-bin manages to ward off the zombie’s advances until Joon-woo unlocks the door. The zombie then latches onto her husband and sinks her gnarly teeth into him, right before Yoo-bin shoots them dead.

Yoo-bin and Joon-woo are struck by the sight of the mangled couple. Yoo-bin thrusts the gun into Joon-woo’s hands, giving up hope of a rescue team arriving and not wanting to end up one of the undead. But the miraculous whirling of helicopter rotors stops Joon-woo from pulling the trigger. With a renewed hope, the two make their way to the terrace, but not without an army of zombies hot on their heels. The rescue team arrives in the nick of time and Yoo-bin and Joon-woo are safely rescued.

The crippling feeling of loneliness is a recurrent theme throughout the movie. All the characters in the movie are moved by their sense of solitude and separation. Joon-woo is driven to thoughts of suicide when he learns that zombies may have mauled his family apart. Yoo-bin seeks comfort in Joon-woo after days spent in the so-called lockdown. Lee Sang-chul allays his loneliness by not letting go of his zombified wife. Cho Il-hyung paints a sympathetic picture of how people cope with loneliness, even developing attachments to distorted versions of their loved-ones.

When Yoo-bin and Joon-woo find each other, they find common ground in the isolation they’ve undergone. They team up and put their heads together to overcome what seems like an insurmountable challenge.

Does #Alive’s universe beat the virus?

This leads us to our next theme: solidarity. Ultimately, ‘#Alive’ makes itself out to be a movie that celebrates the triumph of the human spirit. Apart, Yoo-bin and Joon-won are dishearted and pessimistic. Together, they get the best of a swarm of zombies and make it out alive. As they coast over the city in the helicopter, we hear tales of rescue broadcasted. Using social media, rescue operators have succeeded in tracking down and rescuing a number of survivors, Joon-woo being one of them. Long story short, the movie is an ode to human solidarity and the extent of hardships it can surmount. We can presume that although ‘#Alive’s’ universe has been through an ordeal that even grueling doesn’t begin to describe, it does, eventually, with unity and harmony, beat the virus.