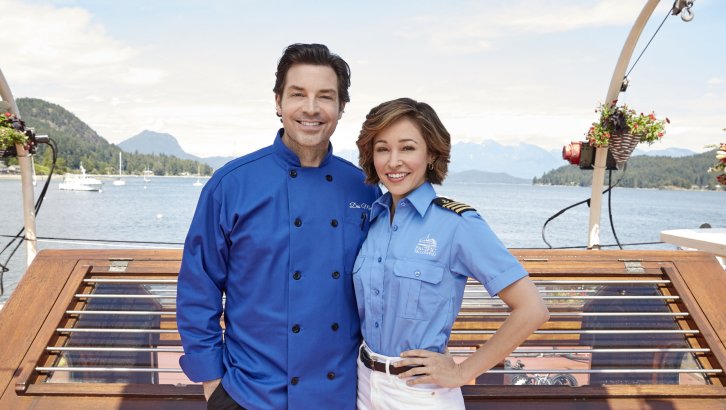 A truly passionate dream is one that keeps one awake and not asleep. Unless it is fulfilled, nothing else seems to be as fulfilling. Similarly, if true love is to be pursued, one ought to let go of any preconceived notions of what might be suitable or appropriate to others. Those are two of the themes of Hallmark’s ‘All Summer Long.’ By tackling them both together in somewhat similar manners, the film gives off a positive message about going and getting anything that is worth having.

Hallmark is known for presenting truly uplifting movies and television series. Amidst the current trend of dark stories, Hallmark’s tales prove to lift one’s spirits. The fact that the network’s offerings can be enjoyed from the comfort of one’s couch makes them even more enticing.

‘All Summer Long’ revolves around the character of Tia. She follows her father’s footsteps and becomes a lawyer. However, her real dream is to be the captain of a ship. Fortunately, she gets the opportunity when her aunt and uncle buy a yacht and ask her to captain it. This is quite a dream come true for Tia. However, there is one minor hiccup. Her ex is asked to be the yacht’s chef. Instead of airing old grievances, the two end up re-connecting. However, will past ghosts catch up? Or will they discover a renewed passion for each other? There is only a single way to find out!

The setting of ‘All Summer Long’ is extremely crucial to the story. The tale is mainly set on the deck. Hence, it is natural for viewers to wonder whether filming for the movie was actually carried out on a yacht. Or was it filmed on a soundstage with the usage of computer graphics? The setting almost functions as if it were another character. Hence, capturing it authentically would have been paramount.

Well, ‘All Summer Long’ was filmed in the British Columbia region of Canada. The region has been one of the preferred locations for filming for Hallmark. A lot of Hallmark movies are filmed here. Canada offers lucrative tax credits to productions that opt to film in the country. Have a look at the following on-location video which shows how filming was actually carried out on a yacht and in a coastal place:

To be more precise, filming was carried out in the coastal town of Gibsons. The following posts prove that:

All Summer Long Cast: Who is in it?

Several viewers would have also wondered who the cast members of ‘All Summer Long’ are. Well, the cast is led by Autumn Reeser. She is the one who plays the character of Tia. Reeser has been a Hallmark regular and some of the other productions that she has been a part of include ‘Sully,’ ‘Entourage,’ and ‘The Arrangement.’ Next, Brennan Elliot stars opposite Reeser and plays Tia’s ex, Jake. Some of the other cast members of the Hallmark production include Peter DeLuise, Anne Marie DeLuise, Christopher Russell, and Michael Kopsa.