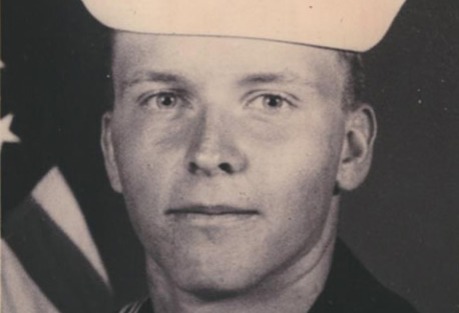 The murder of Allen R. Schindler Jr. in October 1992 threw light on the rampant homophobia in the military at the time. It was Allen’s sexuality that led him to be gruesomely beaten to death by his fellow compatriots. Allen’s murder is said to have instigated the Clinton administration to forge a compromise — what is popularly known today as the “Don’t Ask, Don’t Tell” policy.

Investigation Discovery’s ‘The 1990s: The Deadliest Decade: Don’t Ask Don’t Tell’ tackles this complex and landmark case in a meticulous manner, laying down the facts in a chronological fashion for viewers. If you are intrigued to learn more about the case as well as the identity and present whereabouts of the perpetrators, we have you covered. Let’s begin then, shall we?

How Did Allen Schindler Jr. Die?

On December 13, 1969, Allen R. Schindler Jr. was born to Allen Schindler Sr. and Dorothy Hajdys-Clausen in Chicago Heights in Cook County, Illinois. Following a divorce between his parents, Dorothy had to work day and night to support her and Allen, which reportedly didn’t leave her much time to spend with her son. Thus, Allen was mostly raised by his mother’s aunt Marie. Dorothy later married, Frank Hajdys, the boss of the restaurant she worked at; he had also served in the Navy for some time. While growing up, Allen reportedly wasn’t really on great terms with his step-family.

However, he always had his aunt by his side, that is, until she sadly passed away when he was 12. After turning 18, Allen decided to join the Navy and was transferred onto the USS Midway, an aircraft carrier, in January 1991, where he worked as a radioman. In December 1991, the aircraft carrier was decommissioned, and Allen was transferred to an amphibious assault ship, named the USS Belleau Wood. Allen identified as a gay man, and while his former posting allowed him to be open but discreet about his sexuality, the new ship was much more hostile and intolerant, as per reports.

Allen reportedly faced constant harassment and homophobic comments from his crewmates and even feared that his mail was being spied upon. His complaints to his chain of command regarding such incidents in March and April of 1992 even yielded no results. One of his former fellow crewmates, Rich Eastman, later said, “People bumped into him (Allen) and shoved him out of the way. They made comments – ‘Queers coming down the passageway.'” The Navy allegedly never acknowledged these complaints from Allen, which finally ended in the fatal incident.

On October 27, 1992, Allen was discovered lying on the floor of a bathroom in a park in Sasebo, Japan. His ship was stationed at the Sasebo Naval Base, and he was on shore leave. A petty officer and seaman had witnessed a part of the assault and informed the patrolmen who discovered a badly injured Allen on the bathroom floor. Allen had been beaten up so gruesomely that he could not be identified by his face, but with the help of his tattoos.

The forensic pathologist at Okinawa, Commander Edward Kilbane, would later testify that Allen’s injuries were one of the worst cases he had encountered in his entire career. Allen was rushed to the US Naval Hospital in Okinawa, where the medics were shocked to see the injuries he had sustained – a minimum of four fatal injuries to the abdomen, chest, and head. Allen’s upper jaw and nose were broken, he had 8 broken ribs and suffered from multiple fractures in the bones around his eyes and the back of his skull.

The report also revealed that the central section of Allen’s face got detached and was loosely floating. There were bruise marks all over his body, including head, chest, neck, lungs, brain, and heart. His liver had been smashed to pulp, and his bladder was ripped open, along with a torn aorta. The nature of his bruises led Edward to say that Allen’s injuries were “worse than the damage to a person who’d been stomped by a horse; they were similar to what might be sustained in a high-speed car crash or a low-speed aircraft accident.” Allen succumbed to his injuries within a few minutes of his admission.

Airman Apprentice Terry M. Helvey and Airman Charles Vins were arrested within hours of the murder, after a fellow shipmate of Allen, Keith Sims, had reportedly seen them escaping from the public toilet at Sasebo Park covered in blood. Terry and Vins had tried to escape the scene before being stopped by shore patrol, and they escaped and returned to the base through a back gate at around 3:30 am. A military policeman, on the lookout for the murder suspects, stopped them but let them go since they did not apparently match the descriptions.

However, at around 6 am, Terry was escorted to the master-at-arms’s office from his berth on the charges of murdering Allen. On his way, Terry met Gerald D. Maxwell, who would later testify that Terry told him, “I didn’t mean to do it… but the b–tard deserved it.” Vins was also arrested as a murder accomplice, and he would go on to take a plea deal in exchange for testifying against Terry.

Allen used to maintain a diary on the ship where he reportedly wrote down all the instances of harassment he faced on the USS Belleau Wood. Terming it “Helleau Wood,” Allen wrote about how even after asking for a discharge, the captain of the ship, Captain Douglas J. Bradt, would go on to reveal his sexuality in an administrative proceeding in front of Allen’s peers. The Navy tried hard to suppress the real motive behind the hate crime – Allen’s sexuality – refusing to acknowledge it to the press and even to the victim’s mother.

Where are Terry Helvey and Charles Vins Today?

On May 24, 1993, Terry Helvey took a deal and pled guilty to the lesser charge of murder with intent to harm great bodily harm, instead of capital murder. It helped him escape the death penalty, and he was sentenced to life imprisonment. He is presently incarcerated in a prison cell at the Federal Correctional Institution in Greenville, Illinois. His parole was denied by the Parole Commission on March 7, 2022.

Charles Vin took a plea deal on April 16, 1993, where he signed a 13-page confession that helped the prosecution to nail Terry. In exchange, Vin got a plea bargain from the naval investigators and served a minimal sentence of only 78 days in jail. He received a general discharge in June 1993. Captain Bradt, who allegedly ignored Allen’s complaints, was never charged. Instead, he was transferred to shore leave in Florida.