Who Is Amanda Micallef From Married At First Sight? 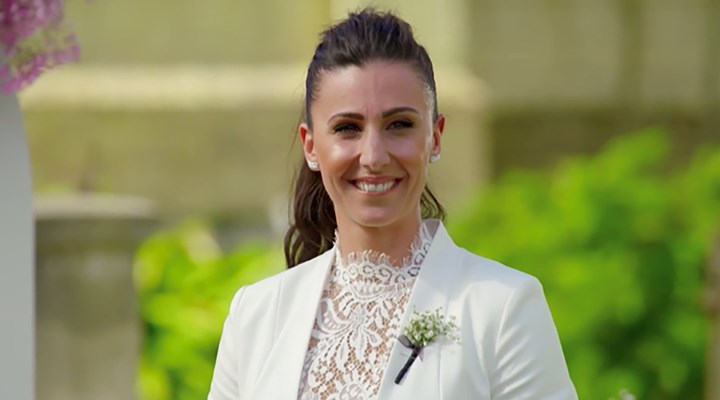 The latest season of the Australian edition of ‘Married At First Sight’ has made its way to America. Showing on Lifetime, the series features 12 couples, including one same-sex couple and has a total of 36 episodes tracking their relationship progress, from which we can watch all the drama, tears, and romance unfold.

The couples, matched by three relationship experts, meet for the first time on their wedding day, after which they get to go on their honeymoon and then settle into their domestic lives together. One half of the same-sex duo that would be featured on the show is Amanda Micallef. If you’re curious to know more about her, then read on!

Who Is Amanda Micallef?

Amanda Micallef is a 34-year-old woman who has had her fair share of relationship troubles and heartbreak. Although she has been active in the dating world for a long time trying to find the right person for her, she has never come across anyone who is ready to commit to her and to their relationship completely. She craves a deeper connection with someone who is just as ready as she is to dive into domestic bliss.

The self-proclaimed alpha-female is extremely intense and assertive; she knows what she wants and will make no apologies for it. Despite the tough look, though, she has a soft and romantic heart and is desperate to find a woman who she can shower in affection and then have it reciprocated as well. Amanda wants to find her soulmate; she wants a woman who will stand by her through thick and thin, someone who will share her dreams and aspirations and someone who will love her just as much as she loves her.

Where Is Amanda Micallef From?

Although Amanda herself currently resides in Melbourne, Victoria, Australia, she comes from a European family. She has revealed that because of where she comes from and her upbringing, her sexuality was not always accepted by her family members and relatives. But now, she is ready to just move on and live her life as who she is, without any regrets or inhibitions.

What Does Amanda Micallef Do?

Amanda is a Coach for Divine Physiques Coaching, a fitness center specializing in both strength and mindset coaching. Believing that being mentally fit and having a healthy lifestyle is the only way to live a content life, Amanda works hard to help others achieve the same.

Read More: Who Is Tash Herz From Married At First Sight Australia?