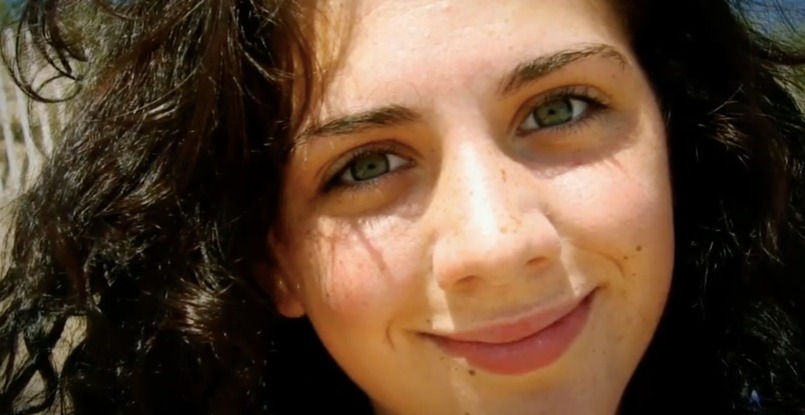 The residents of Chicopee in Massachusetts were shocked by the discovery of the body of a young woman named Amanda Plasse in her apartment in August 2011. The brutal crime was described as a crime of passion, and it took two long years before they finally nabbed the killer. Investigation Discovery’s ‘On the Case With Paula Zahn: A Hidden Clue’ follows the investigation process minutely and documents the struggle of Amanda’s mother to ensure the case doesn’t get shelved as another cold case. If you want to know about the details of this tragic case, including the identity and the current whereabouts of the perpetrator, then we’ve got you covered. Let’s dive in, shall we?

How Did Amanda Plasse Die?

Amanda Lynn Plasse was born on December 11, 1990. She grew up in Chicopee, Massachusetts, alongside two siblings — Amieelee and Nicholas. She was a carefree and kind-hearted person, underlined by her curly brown hair and arsenal of body tattoos. The 20-year-old loved journaling, poetry, listening to music, making jewelry, and all things art. Amanda was also a talented painter and taught herself how to play guitar. She worked in various cafes and restaurants as a waitress and a hostess. At the time of the incident, she had been serving at Friendly’s restaurant on Memorial Drive, Chicopee.

Amanda was highly ambitious and had been dating a 27-year-old carpenter named Seth Green for about a week. Everything seemed fine in her life. Thus, it came as a shock when Seth found Amanda lying in a pool of blood inside the kitchen of her third-floor apartment at 73 School Street in Chicopee on August 26, 2011. He dialed 911, and the police arrived at the scene at approximately 6:50 pm to retrieve Amanda’s body. The 20-year-old was stabbed multiple times in her chest, throat, and abdomen.

There were bloodstains all over the kitchen, demonstrating the violent struggle that ensued between Amanda and her killer. The dry bloody shoe prints on the kitchen floor helped the investigators determine the time of the murder to be somewhere between 4:10 and 5 pm. According to the Chicopee police report, “the bloody footprint was from a women’s Nike Air Max shoe with a non-marking sole, US size 9.5.” However, it could also be a men’s size 7 ½ sneaker since it was possible to “convert a men’s shoe size to a women’s size by adding 2.”

The police also found a window pane that was broken from inside the apartment. However, the most important evidence was the palm print on the window, since they are individual and unique just like fingerprints. The medical examiner also found “a large amount of DNA under her fingernails” while conducting an autopsy, indicating that the young woman fought for her life in her last moments. Amanda’s cause of death was determined to be the injuries to her liver, heart, and soft tissues that were caused by the multiple stab wounds to her abdomen and chest.

The police initially suspected the boyfriend, Seth Green. However, he cleared a polygraph test as well as his palm prints, shoe size, and DNA samples came as negative when matched with the evidence retrieved from the crime scene. As a result, he was cleared from the suspect list. Since there had been no forced entry, the police theorized that Amanda knew her killer and started to investigate her close friends and acquaintances.

Focusing on the DNA evidence from under her fingernails, the police ran them through a national database but could not come up with any match. They also pursued a probe concentrating on one of Amanda’s ex-boyfriends and her best friend, Marcedes. However, all the investigation routes were leading to dead ends, and the case was rapidly turning cold. But Amanda’s family was relentless in their pursuit of justice. They posted flyers and sponsored road races with the hope that someone might come forward with some evidence and push the investigators into keeping the investigation alive.

In 2013, about two years after the violent crime, the Chicopee police decided to check the photos of Amanda’s apartment again as well as go through all the evidence with a fresh perspective. Suddenly they came across a new piece of evidence — a message on the dry-erase whiteboard located in Amanda’s bedroom. The message read, “Dennis was here 8/11/11,” making the evidence significant since the date was just 15 days before Amanda was found deceased in her apartment.

In a recorded interview in September 2011, Amanda’s ex-boyfriend mentioned an individual with whom Amanda had a confrontation regarding him breaking into her apartment. He recalled that the alleged burglar’s name started with a “D,” adding that he had seen him in the area. The officers ran a check through their database and came up with two individuals named Dennis, who lived in the vicinity of Amanda’s apartment at 73 School Street in Chicopee in 2011.

Cross-referencing the number with Amanda’s phone records, the police found Dennis Rosa-Roman who had lived just 3 blocks away. Dennis was called in for an interview in November 2013 and found to be wearing the same-sized sneakers the killer had worn inside Amanda’s apartment. He gave his DNA sample, which matched the evidence found under Amanda’s nails, and he also had previous criminal records of breaking and entering. On November 5, 2013, Dennis was arrested and charged with the murder of Amanda.

Where is Dennis Rosa-Roman Today?

Upon interrogation, Dennis Rosa-Roman alleged that he used to sell drugs to Amanda and was a witness to her murder, after initially denying that he had ever been inside her apartment. He claimed that his drug supplier had murdered Amanda and was afraid to reveal his identity because he feared his family might be harmed. However, his statements changed so frequently that the police refused to believe him. After being charged with murder, Dennis denied all the allegations and pleaded not guilty.

Dennis went to trial on July 7, 2016, and was convicted of first-degree murder after the 8-day trial finally concluded. He was sentenced to life imprisonment without the chance of parole. It is likely that Dennis is presently incarcerated in a cell at a prison in Massachusetts. As per reports, some of the police involved in the first response team had also been guilty of taking photos of the crime scene and circulating them among their peers and strangers at college football games.

A bill was introduced in 2014 in Amanda’s name that prohibited first responders from clicking and circulating unauthorized images of the victim and can attract a fine and jail term if found otherwise. The bill was adopted by the House and Senate on August 1, 2022. To the delight of Amanda’s family and friends, the law finally came into effect on August 8, after receiving the signature of Governor Charlie Baker.