Amazing Race’s Anthony Sadler and Spencer Stone: Everything We Know 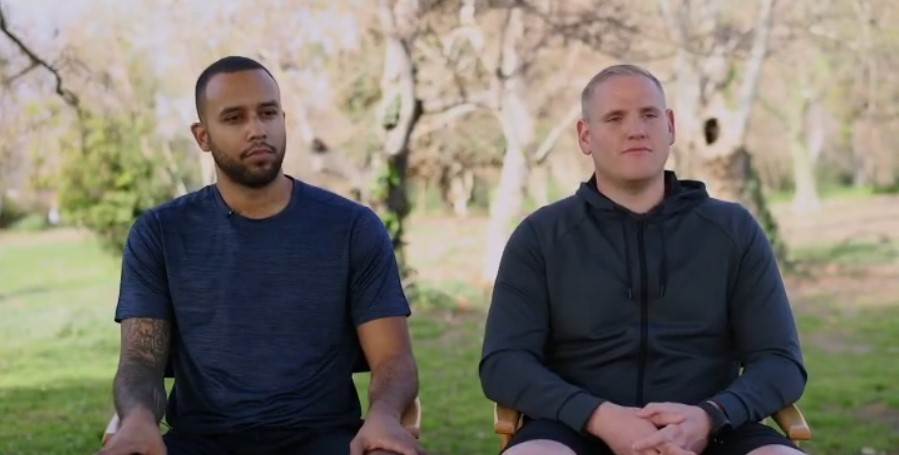 ‘The Amazing Race’ is an incredible TV show that pits teams of two against each other in a race across the world. The contestants have to navigate unknown lands, take help from natives, and take on challenges, all within a strict budget set by the show. A real test of skill, tenacity, and endurance, ‘The Amazing Race’ has enjoyed a solid viewer base since its premiere on September 5, 2001.

Excitement peaked when childhood friends Anthony Sadler and Spencer Stone appeared on season 33 of the multi-Emmy Award-winning reality series. Hailed as heroes for stopping a shooter on a Paris-bound train from Amsterdam in August 2015, fans are curious to know about the new faces in reality television. Well, we come bearing answers!

Everything We Know About Anthony Sadler

Born to Anthony Sadler Sr. and his wife on July 13, 1992, in Contra Costa County, California, Anthony Sadler grew up in a loving family. Although he prefers privacy when it comes to his loved ones, Anthony maintains a close and intimate bond with them. An immensely successful author and TV personality, Anthony rose to fame after stopping a terrorist on a train from Amsterdam to Paris. On August 21, 2015, Anthony and his dear friends, Spencer Stone and Alek Skarlatos, were onboard a Paris-bound train when they managed to subdue an armed gunman earning them worldwide acclaim and recognition.

Following the incident, Anthony appeared on ‘The Tonight Show Starring Jimmy Fallon’ before working with Alek and Spencer on a memoir titled ‘The 15:17 to Paris,’ published in 2016. In the same year, they appeared on ‘Who Wants To Be a Millionaire.’ Additionally, the trio even appears in the 2018 eponymous movie based on the memoir. At present, Anthony is quite open about his profession as a public speaker, but his preference for privacy makes his present relationship status quite unclear.

Everything We Know About Spencer Stone

Born on August 13, 1992, to Brian Stone and Joyce Eskel, Spencer was brought up in his native hometown of Sacramento, California, and grew up alongside his elder brother, Everett, and elder sister, Kelly. Much unlike Anthony Sadler, Spencer loves documenting his life on social media and is quite open about his love and adoration for his near and dear ones. He seems to share an incredible bond with his family and often takes time out to make memories with his loved ones.

A former United States Air Force staff sergeant, Spencer John Stone used his experience and skills while subduing the terrorist onboard a Paris-bound train in August 2015. The incident propelled him and his friends, Anthony and Alek, into international recognition, and they even won several awards of the highest degree. Additionally, he co-wrote the memoir ‘The 15:17 to Paris’ alongside his friends and appears as himself in the subsequent film of the same name.

In a shocking turn of events, Spencer was attacked in a horrifying incident on October 8, 2015, when James Tran stabbed him in Sacramento. Although rushed to the hospital with critical injuries, Spencer managed to escape the jaws of death and was nursed back to health. On the other hand, Tran pleaded guilty to attempted murder and was sentenced to nine years in prison in 2017.

On the personal front, Spencer seems to be enjoying life, is quite active on social media, and even does some public speaking of his own. Moreover, he even appears to be in a happy relationship (pictured above) as of the present but is yet to reveal the name of his significant other.

Read More: Everything We Know About Kim and Penn Holderness From The Amazing Race