Amazing Race’s Kim and Penn Holderness: Everything We Know 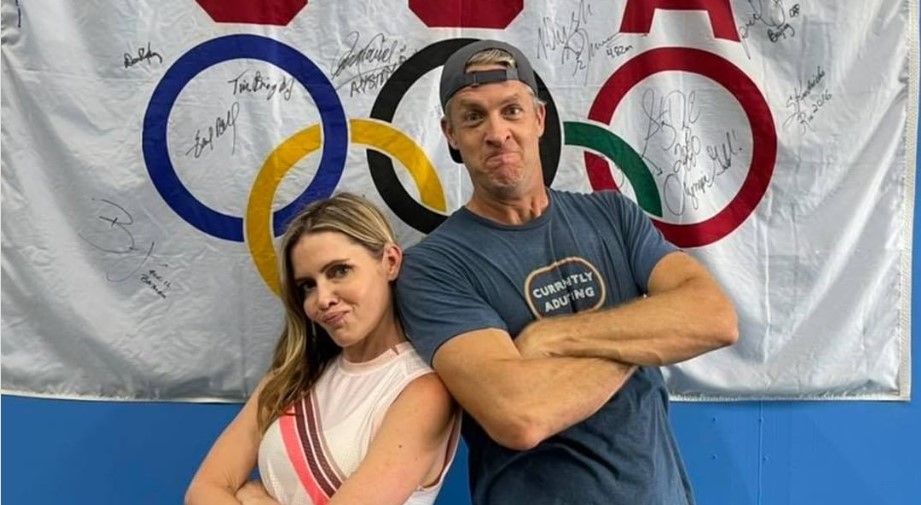 A thrilling and gripping reality show, ‘The Amazing Race’ fulfills all the desires of an adventure show lover. The show follows several groups of two as they embark on a race around the world. The route takes each pair to unknown and far-off places where they have to depend on their talents, people skills, and a stringent budget in order to emerge victorious.

Season 33 of ‘The Amazing Race’ features longtime married couple Kim and Penn Holderness, among others. Known best for their family YouTube channel and incredible vlogs, Kim and Penn are quite new to the reality TV scene. Thus, we decided to find out all there is about them! Here’s everything we found out!

Kim and Penn Holderness’ Journey Together

Born and raised in Florida, Kim Holderness loved the art of dance from a very young age. However, desiring to pursue a career in journalism, Kim finished her schooling and enrolled herself in the University of Florida, where she pursued a Bachelor of Science degree in Telecommunications. Following her education, Kim worked and gained experience as a reporter for WPEC- News 12, WKMG-TV, and Inside Edition.

Moreover, she has also held several prestigious positions, including being a Managing Partner at Greenroom Communications and a Partner at WalkWest before starting Holderness Family Productions alongside her husband. On the other hand, Penn Holderness was born in Durham, North Carolina, and earned a degree in Philosophy from the University of Virginia. He then went on to work for HGTV, ABC, and WNCN TV before moving up the ladder and taking on roles at Greenroom Communications and WalkWest.

In 2013, Penn and Kim, along with their children, made a hilarious Christmas video that suddenly went viral on YouTube, making them a household name worldwide. Once Penn and his wife noticed the amount of popularity and revenue YouTube could bring in for them, they began focusing on it full time and now have a thriving channel as well as their own production house, the Holderness Family Productions.

Additionally, they even help out brands with their product launches as well as campaigns. On March 30, 2021, the couple released a book titled ‘Everybody Fights: So Why Not Get Better At It’ about proper post-marriage communication.

Kim and Penn Holderness first crossed paths around 2002-2003 when they were both working as a reporter in Orlando. With them in the same industry and moving around in the same circles, the two soon began dating, followed by wedding vows in 2005. The pair continued working as reporters in New York even after their marriage, but Penn later mentioned that they were not happy with their jobs. Thus, once they welcomed their first child into this world, the couple decided to move to Raleigh, North Carolina.

After shifting their base to the capital city of North Carolina, Penn and Kim began building up an excellent relationship. Even after nearly two decades of marriage, the couple is enthusiastic about spending every day together and still very much in love. They are also quite open when it comes to their relationship and express their love and adoration for each other on social media. Moreover, as parents to two wonderful children, they seem to be living some of the best days of their lives.

Kim and Penn Holderness have an incredibly successful marriage, and their children stand as a testimony to that fact. Their first-born daughter, Lola, as well as their son, Penn Charles, often appear on the YouTube videos and are a highly integral part of the channel. Even with such busy and popular parents, the children have picked up on the deep familial bond that lies at the core of the Holderness family. It really is incredible to witness them all making beautiful memories, and we wish happiness never eludes them in the coming years.

Read More: Everything We Know About Ryan Ferguson and Dusty Harris