Amazing Race’s Ryan Ferguson and Dusty Harris: Everything We Know 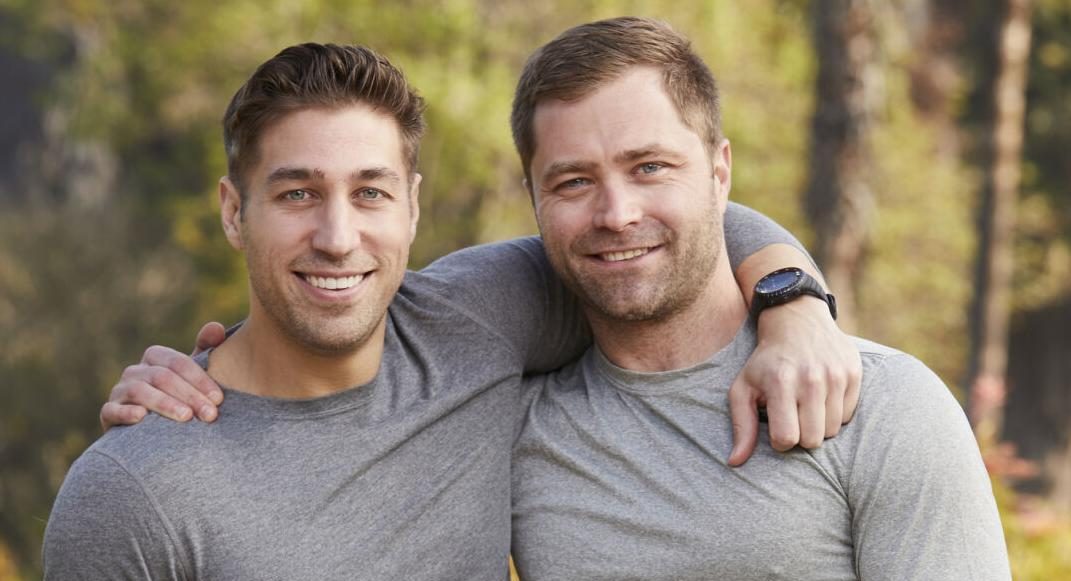 An exciting adventure reality show, ‘The Amazing Race,‘ follows teams of two on a humongous race around the world. Armed with their skills, knowledge, and a tight budget set by the show, the contestants have to travel through unknown places, interact with natives and use any means of transformation possible to reach their destination. With best friends Ryan Ferguson and Dusty Harris participating in season 33 of ‘The Amazing Race,’ fans are pretty excited to know more about the two. So, let’s take a look, shall we?

Everything We Know About Ryan Ferguson

Ryan Ferguson was born to Bill and Leslie Ferguson on October 19, 1984, in Columbia, Missouri. Growing up in a tight-knit family, Ryan developed a deep familial bond with his loved ones, which has remained strong to this very day. Even while navigating a busy schedule, the 37-year-old still makes time for his close ones and loves featuring them on his social media. Interestingly, Ryan and Dusty Harris became the best of friends right from their youth, with Dusty even supporting Ryan through some extremely tough times in his life.

Ryan rose to prominence when he was wrongly arrested and convicted of the murder of sports editor Kent Heitholt, who was found beaten and strangled in Columbia, Missouri, in November 2001. The murder went unsolved for a couple of years until the investigation led to Charles Erickson, who confessed to the crime and even implicated Ryan. Additionally, Kent’s body was found in a car park, and an employee of that building testified to Ryan’s involvement.

As a result, then-19-year-old Ryan was convicted and imprisoned in 2005. Later, both eye-witnesses claimed they were coerced to lie and recanted their statements. Thus, the conviction was overturned in 2013, and Ryan was finally able to walk free. Following his release, Ryan talked about his experience in TV shows like ‘Unlocking the Truth,’ while the documentary ‘Dream/Killer’ revolves around Ryan’s wrongful imprisonment and his father’s efforts to free him.

Moreover, the case has been showcased on true crime shows like ‘Dateline’ as well as ’48 Hours,’ and even discussed in books and publications. Ryan now hosts the podcast ‘Prison Counts’ and is also a certified personal trainer. Furthermore, the exoneree is in a beautiful relationship with Fox Weather meteorologist Brigit Mahoney (pictured above), and the two seem very happy together.

Everything We Know About Dusty Harris

Unlike Ryan, Dusty Harris is relatively new to reality TV and hails from the same hometown of Columbia, Missouri. The two friends practically grew up together and developed an incredible connection as best friends. In fact, Dusty never doubted Ryan and stood by him even after he was convicted and imprisoned for something he didn’t do. With Dusty being quite active about documenting his life on social media, it seems like he, too, enjoys the company of his friends and family while living a life of his own accord.

Dusty has always been a highly vocal supporter of Ryan and was open about his views when his friend was wrongfully imprisoned. Throughout Ryan’s ordeal, Dusty stood beside him and never let his best friend feel alone or neglected. Thus, when Ryan was approached with an opportunity to appear on ‘The Amazing Race’ with a partner, he wasted no time choosing Dusty.

At present, Dusty co-operates the Harris House Bed and Breakfast alongside his wife of many years — Ashley Harris — and has taken the establishment to new heights. He is also quite lucky in his romantic life and is living a blissful married life with Ashley. The two even welcomed their first child, Myles, in early 2021. Both Dusty and Ryan are quite confident of winning the race because of their unbreakable friendship, and we wish them the very best in their future endeavors.

Read More: Everything We Know About Anthony Sadler and Spencer Stone