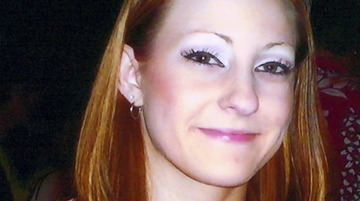 In January 2007, the residents of San Antonio, Texas, were shocked by the discovery of the lifeless body of a young EB Games store manager, Amber Belken. The store was robbed, and two store managers found the 25-year-old in the back storeroom, suffocated with a bag. The police swiftly began their investigation and caught the suspect in over a year, but it took him a total of 3 years to get convicted.

Investigation Discovery’s ‘On the Case With Paula Zahn: Murder in Store’ extensively and meticulously untangles the details of the disturbing and complicated case. If you are interested to learn more about the case, including the identity and the current whereabouts of the perpetrator, we have got you covered. Without further ado, let’s dive in then, shall we?

How Did Amber Belken Die?

Born on December 6, 1981, in San Antonio, Texas, Amber Marie Belken graduated from Judson High School in 2000 and aspired to be a veterinarian. At the time of the incident, she had been working as a store manager of the EB Games store on the 7300 block of San Pedro for about 3 years. Her colleagues remember her as a “firecracker” who was “every bit energetic, ambitious, and very much in charge.” On January 28, 2007, Amber had played the new video game she brought from her store with her dad, Randy L. Belken. The 25-year-old was the only child of Randy and Lelia D. Belken.

Hence, it came as a shock when her body was discovered in the back storeroom of the EB Games store she managed, suffocated to death. Witnesses stated that Amber had arrived at the store on January 29, 2007, at around 9 am. The store officially opened for customers at 10 am usually. Her boyfriend, Fred Campbell, received an “I love you” text from Amber at around 9:08 am, and she reportedly turned off the store alarm at approximately 9:12 am.

Two other EB Games store managers went to check up on her at around 2 am when Amber could not be reached by phone. They found that the front door of the store was still locked, while the back door was locked from the outside and the security bar lifted. In the back storeroom, Amber’s body was discovered with a bag covering her head, her right hand by her side, and the left hand on her lower back. Police arrived at the scene to discover the back room safe had been robbed empty.

The authorities further discovered that Amber’s car was still parked in the parking lot in front of the store. Her mobile phone lay on the driver’s seat, while the passenger seat had a Lowe’s tote bag. The police report also stated that they found a cardboard money box on the counter with a few rolls of coins in it. As per reports, a few videogames, PlayStations, and DVDs were also stolen. The Bexar County medical examiner determined the cause of death to be asphyxiation.

San Antonio Police Department (SAPD) noted that the store had no surveillance system in place. Randy said his daughter often felt scared to work in the store alone, with occasional robberies taking place in the area. However, he further added, “she wasn’t a quitter,” underlining the reason Amber did not quit her job. With not much evidence to go on, one of the largest cash rewards, a whopping $100,000, was set up by the authorities, of which $95,000 was reportedly footed by EB Games. 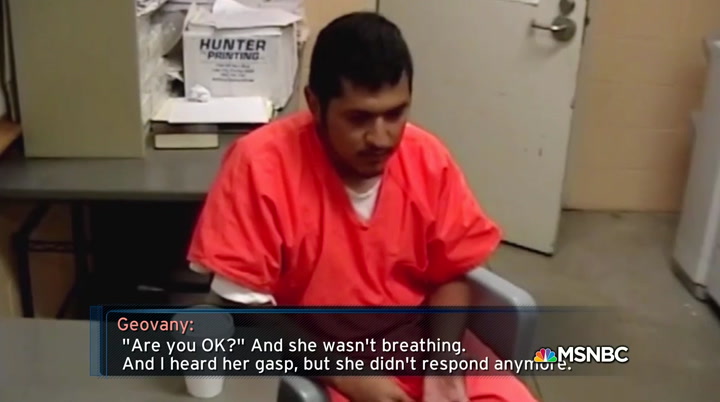 Initially, the police, as well as the victim’s family, suspected Brandon Beil, who was the Assistant Manager of the store. As stated by one of her parents, Amber was reportedly going to submit a negative evaluation of Brandon, and the police believed it might be enough motive for him to murder Amber. However, other witness testimonies and a number of fruitless searching of his home resulted in Brandon getting cleared of suspicion.

It was not until a former employee of EB Games contacted the police with information that the investigators finally had a person of interest in the case. The anonymous tipster stated that another former employee, Geovany Rivera, had approached him on the morning of the murder, asking him to help Rivera rob the store. The individual declined and thought Rivera would not seriously act on his preposition.

In August 2008, Geovany Rivera was finally arrested by the US Marshalls Service from one of his cousin’s houses in Nuevo Laredo, Mexico. He was on the US Marshals’ 15 Most Wanted list at the time. He was charged with Amber’s murder along with two unrelated prior cases of sexual harassment. As per the authorities, Rivera had fled to Mexico after committing the murder.

Where is Geovany Rivera Today?

Since Geovany Rivera had to be extradited from Mexico, the prosecutors had to forego the death penalty. Rivera further negotiated to accept a guilty plea, bringing down his charges to murder from capital murder. After being extradited to San Antonio, Texas, the 379th District Court sentenced Rivera to life imprisonment with a chance of parole after serving a minimum of 30 years in April 2010.

During a series of victim impact statements, Amber’s family friend, Leticia Rodriguez, addressed Rivera, saying, “I’m glad that you’re not dying. I’m glad that you’re serving every single day. From the day it happened, I’ve been praying for you not to have any peace, not to have any rest.” As per official court records, Rivera is presently incarcerated in a prison cell at the John M. Wynne Unit in northern Huntsville, Texas. He is eligible for parole on August 10, 2038.