In the third episode of ‘American Auto,’ the Payne Motors’ executives are in for a rough ride as they navigate a difficult conference call. As the company discusses its quarterly earnings, Katherine’s indecisiveness sees the executives scrambling for a last-minute solution to an unexpected problem.

Jack turns out to be the unlikely hero, and the crisis is averted once again. If you missed out on the episode and need a detailed rundown of the episode’s events, we’ve got you covered! Here’s everything you need to know about the ending of ‘American Auto’ episode 3! SPOILERS AHEAD!

‘American Auto’ episode 3 is titled ‘Earnings Call’ and opens with Sadie misinterpreting Jack buying her coffee as a romantic gesture. The executives prepare for a conference call to discuss their quarterly earnings with the stakeholders and investors. The numbers aren’t good, and everyone is worried about the call causing a downfall in the company’s stock price. Cyrus is concerned about getting investigated for insider trading after he sold his shares in Payne Motors due to the company’s bad sales performance in the past quarter.

On the call, one of the analysts asks Katherine about her new ideas for improving the company’s performance. Katherine is caught off guard and promises a big announcement towards the end of the call. CFO Jin and Dori continue the call while Katherine and the executives brainstorm to come up with a big announcement. Elliot suggests announcing the labor deal, which is almost wrapped up, barring a few hold-ups.

Katherine sends Elliot and Jack to negotiate with the workers union leaders. Elliot offers the laborers only two additional vacation days despite being authorized to provide up to 3 days. The union leaders consider accepting the offer, but Jack lets them know that they have the leverage in the negotiation as Katherine wants to announce the deal asap. The union leaders make extravagant demands, and the negotiation continues. Sadie and Cyrus are forced to keep the call running.

Sadie inadvertently announces that Katherine is entitled to a $20 million bonus in stock options causing a big stir among the call attendees. Jack steps in and takes up the responsibility of closing the deal. In the end, Katherine makes the announcement, but the investors are underwhelmed. Therefore, Katherine announces that the company’s new car will sell for $10,000, a figure significantly lower than the car’s production cost.

American Auto Episode 3 Recap and Ending: Whose Side Is Jack On?

Jack is one of the assembly line workers at Payne Motors who is bumped up to the executive level by Katherine in the first episode. However, he still has friends in the auto workers division. Therefore, when the union leaders arrive to negotiate the contract terms, Jack feels compelled to help them gain their deserved days off. Jack’s plan backfires after the union leaders go overboard, and Jack is forced to choose a side between the auto workers and executives. 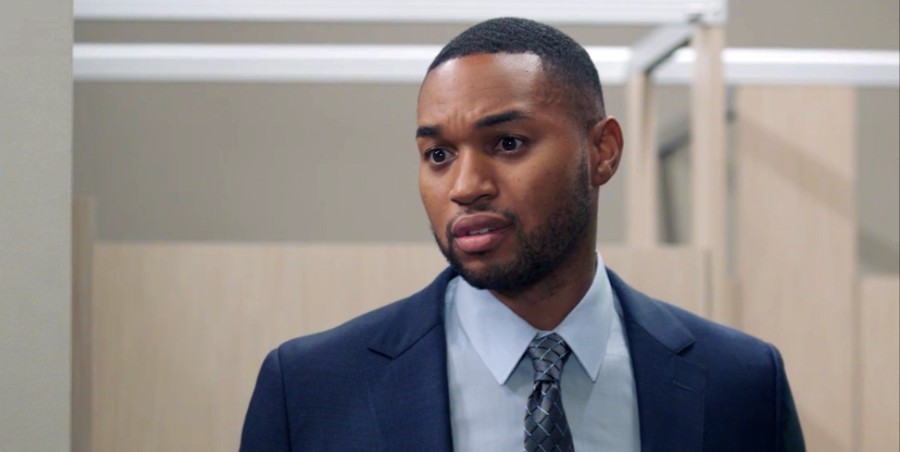 In the end, Jack decides to do his job and sides with the management. He handles the situation, which is quickly getting out of hand. He uses his knowledge of the upcoming union elections to the company’s advantage. Thus, the deal is wrapped up in time, and Jack saves the day. However, in the end, it becomes apparent to jack he is no longer welcome amongst the assembly line workers.

Will Jack and Sadie End Up Together?

In the first episode of the series, viewers learn that Sadie and Jack had a fling after an office party. However, at the time, neither was interested in pursuing a romantic relationship. At the start of the third episode, Sadie expresses that she is only interested in being co-workers with Jack. However, Sadie has a change of heart at the episode’s end after realizing that Jack has lost his old friends due to his new position at the company.

She offers to buy Jack a smoothie after their long day at work, signaling the start of a friendship between them. Although the two are miles from getting romantically involved with one another, a friendship is a good start, and we will have to wait and see how the duo’s storyline progresses.