Where Are America’s Next Top Model Cycle 19 Winners Now?

‘America’s Next Top Model’ is one of the highest-rated reality series in the world of television. It gives the aspiring models a golden opportunity to showcase their talent and drop-dead gorgeous features on national television. Cycle 19 of the American reality TV show premiered on August 24, 2012. It was famously the first college edition in the franchise and included public voting as an important factor in contestant elimination. We got eager to know what the winner and the runner-ups have been up to since the season wrapped up on November 16, 2012, and here is everything we found out!

Where is Laura James From ANTM Cycle 19 Now?

The champion of the last all-girls season of ‘ANTM,’ Laura James, was enrolled in higher education when she first featured on the iconic modeling reality television series. The daughter of the famous American actor and producer, John James, Laura made her mark in the fashion industry in 2012. Her big win fetched her an opportunity to work with esteemed modeling agencies like New York Model Management, LA Models, and LA Talent.

In addition to becoming the face of Dream Come True, the official ‘ANTM’ line of fragrances, she won a spread in Nylon magazine and starred in modeling campaigns with Nine West and Smashbox Cosmetics. After funding her college expenses from the prize money of $100,000, and an additional $30,000 from the challenges, Laura officially began her modeling career in 2013. She shot a campaign with Guess, which was a hit, and she then appeared on the June edition of Vogue Italia.

From thereon, she followed in her father’s footsteps and became an actress. Laura’s flawless performance as Molly Hicks in the popular American crime series ‘S.W.A.T’ has made her a household name. She has also taken on other acting projects along the way like ‘The Last Day,’ ‘The Young and the Restless,’ ‘American Woman,’ and ‘Axcellerator.’

Where is Kiara Belen From ANTM Cycle 19 Now?

Kiara Belen could not bag the winning title, but this did not stop her from achieving great heights. She went on to sign Slater Model Management, a Los Angeles-based modeling agency, and walked for LA Fashion Week in 2013. The bold and stunning beauty modeled for Masai Payan Designs, a fashion brand through which Kiara came in close association with the famous American model and actress, Janice Dickinson. She has also been the cover girl and spread-face for magazines like Elléments, Dark Beauty, Long Island Pulse, Avant Garde, LV Style Couture, and Flow. 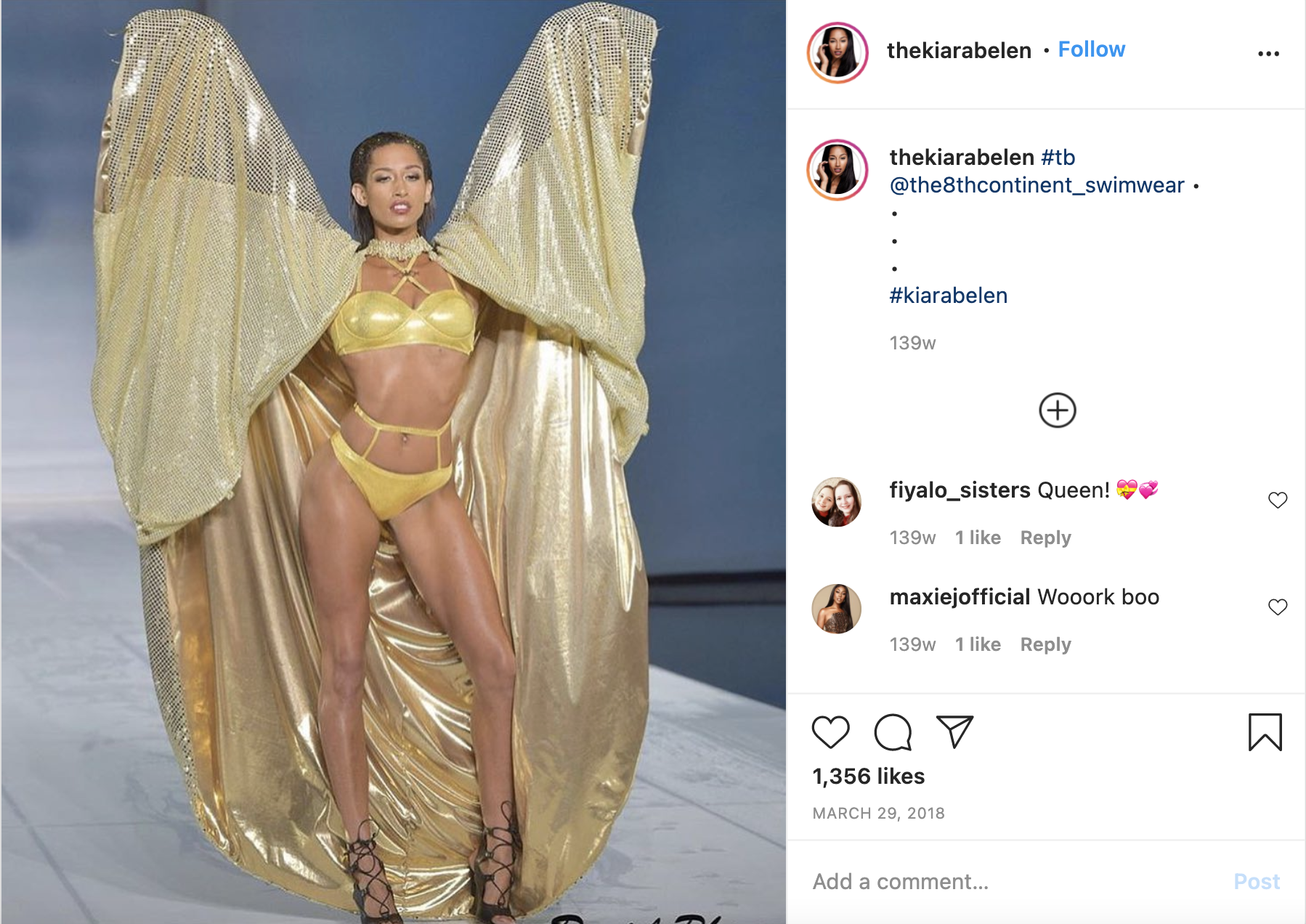 Kiara’s life for the past 7 years has been all about modeling and fashion shows. She furthered her career in the industry by entering the world of television after attaining celebrity status. In addition to appearing on ‘LA Live The Show’ in 2013, she also became a judge on the two-season reality series ‘America’s It Girl’ in 2014. She has walked for innumerable designers and promoted many fashion brands.

For instance, she has been the face of popular brands like Metropolitan Fashion Week, Mane Tress, Tyra Beauty, Cecilia Cassini, Bettie Page Clothing, Barraco Brasil Beachwear, Hodges Collection, and Stallion Hair. In 2020, the ‘ANTM’ alumni walked on LA Fashion Week and a runway model for “Walter Collection,” an haute couture store in LA. Kiara has currently signed TNG Models, a successful and famous LA agency. She is also a mother to a beautiful baby-girl and sings jazz songs, along with playing basketball as a hobby.

Where is Leila Goldkuhl From ANTM Cycle 19 Now?

In October 2015, Cosmopolitan ranked Leila Goldkuhl as one of the most successful contestants to have come out of ‘ANTM,’ despite not winning cycle 19. In 2018, she was listed among the top 50 working models in the fashion industry by “models.com.” The fashion model finished third overall, but the almost-win only motivated her to shun all the inhibitions she carried during the show. Signed by ‘Next Model Management,’ she began to take up modeling assignments in LA and then in Australia and South Korea. 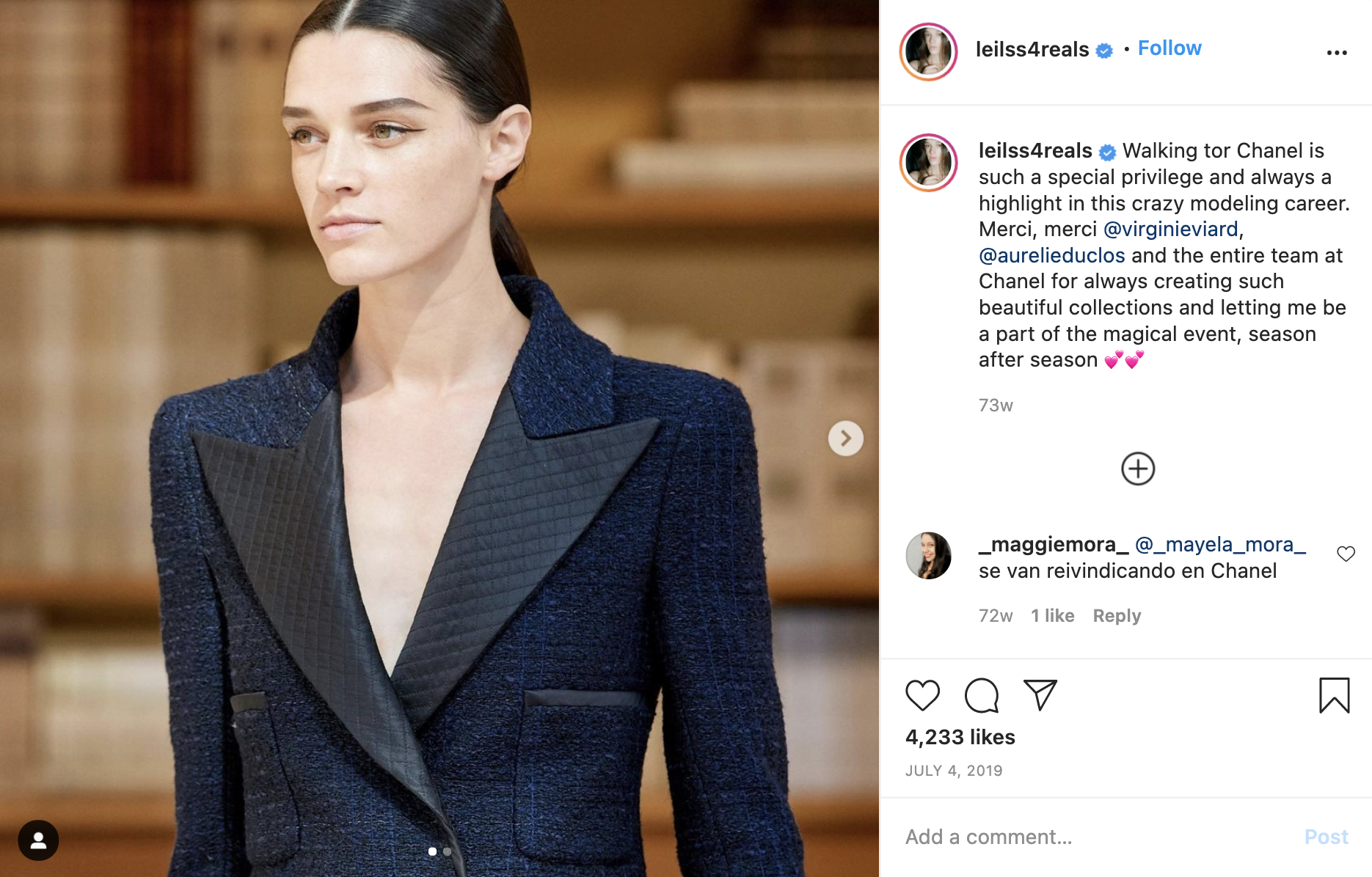 Eventually represented worldwide by her agency, Goldkuhl made her runway debut exclusively for Givenchy and featured in its advertising campaign. Since then, she has lent her face to numerous campaigns for world-class brands like Alexander McQueen, Dolce & Gabbana, Saks Fifth Avenue, Elie Saab, Hugo Boss, Zara, Calvin Klein, Prada, to name a few.

Top-shot designers such as Balmain, Chanel, Fendi, Marc Jacobs, Hermes, Moschino, etc., have signed Goldkuhl to walk for their New York, London, Milan, and Paris Fashion Weeks. The model is married to Robbie Masterson, a photographer, and they are parents to a daughter, Millie, and a son, Felix.

Where is Nastasia Scott From ANTM Cycle 19 Now?

Nastasia Scott showcased immense potential during her time on ‘ANTM’ but was placed fourth overall at the end of the competition. On the personal front, she finished college shortly after the filming wrapped up and went on to live her life with the same enthusiasm and positivity. As of today, Nastasia is married to her longtime boyfriend and has two beautiful children but keeps the details of her life off the record. 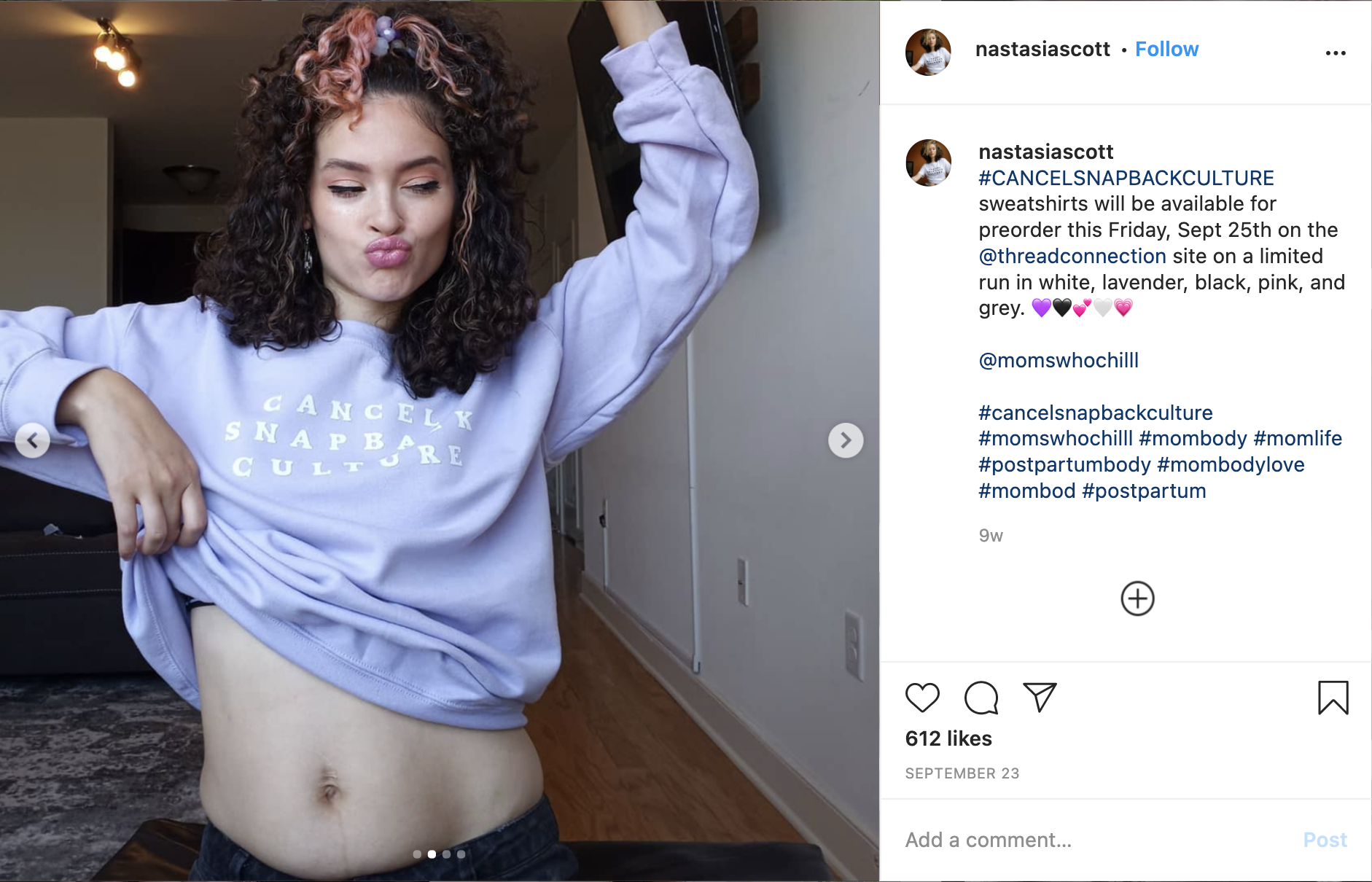 After the show, Nastasia worked with designers and famous personalities in the beauty industry like Frédéric Fekkai and Lulu Guinness and with brands promoting their products like Banglez Bazar, Mizani USA, Sephora PRO, etc. She also got the lifetime opportunity of being the runway model for season four of ‘Project Runway: All Stars.’ Nastasia featured as the Covergirl of songs by Lana Del Rey, an American singer-songwriter.

In addition to carrying on her modeling career, she now focuses on her clothing brand, ThreadConnection, which works to extend a helping hand to women and children who have been affected by domestic violence. Nastasia started the online ‘Moms Who Chilll,’ club that understands and supports new moms who do not have it all figured out. The ‘ANTM’ alum has turned into a women activist as she is popular among the millennials for creating the “Cancel SnapBack Culture” movement, which aims to discourage people from body-shaming women after postpartum.