Where Are America’s Next Top Model Cycle 20 Winners Now?

‘America’s Next Top Model’ is undoubtedly an iconic show, but what made edition 20 legendary was the inclusion of male contestants to the roster. Following which, the reality competition not only got tougher but also spicier. Since its inception in May 2003, the show’s creative head, supermodel Tyra Banks, has successfully introduced immensely talented and drop-dead gorgeous aspiring models to the world.

Cycle 20 – the 14th season to air on The CW – premiered on August 2, 2013, and saw Bali, Indonesia, as its international destination. Now that the hit show is streaming on Netflix, fans have been wondering what the winner and the runner-ups have been up to? If you are looking for the same update, we have got you covered!

Where is Jourdan Miller From ANTM Cycle 20 Now?

The official winner of cycle 20, Jourdan Miller, followed her dreams to make it big in the industry. She was lucky enough to bag the illustrious modeling contract with NEXT Model Management in Los Angeles, an eight-page spread in Nylon magazine, and a $100,000 ad campaign with one of the top fashion brands, Guess. Aspiring to become as successful as Tyra Banks, the Olympia, Washington-native hoped to grow above and beyond ‘ANTM’ and has committedly remained on the same path ever since. 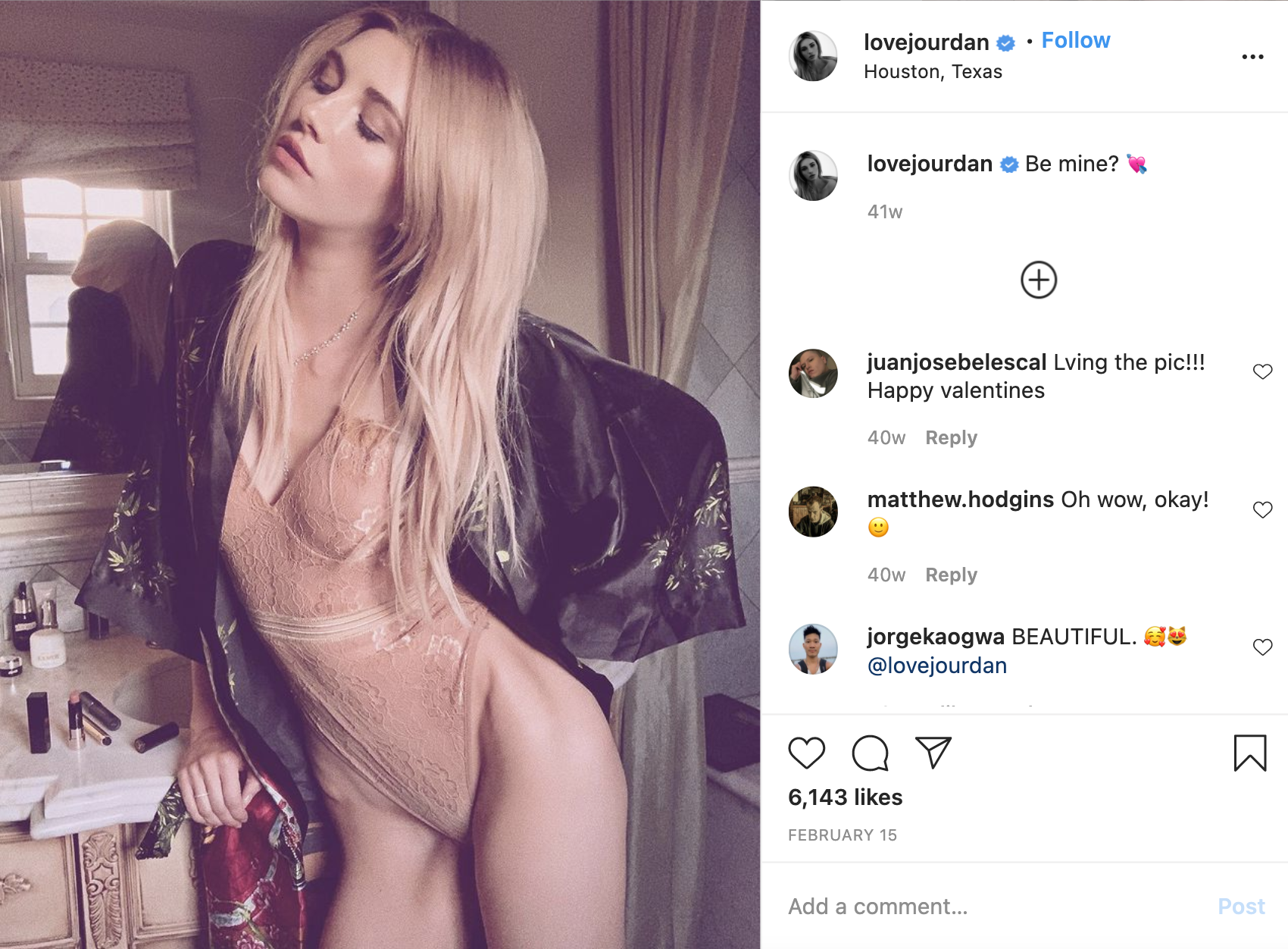 The year following her victory, Jourdan Miller became the cover girl and spread face for the February issue of Cleo magazine Malaysia. In addition to featuring on the Malaysian editorial spread of August Man magazine, Miller has been on Ellements, Kode, Creem, Remix, etc. She has beautifully fronted the covers of various fashion journals like Desnudo Italia magazine, Swiss Made Magazine, SÝN magazine, to name a few.

The 27-year-old fashion model is the face of multiple ad campaigns of popular brands like Knickerbocker, WeSC, and For Love & Lemons. Judging by the number of music videos she has appeared in, for instance, Fences song “Sunburns,” “Restless Heart” by Finnish singer Niila and “Lemon Drop” by Absofacto, it is safe to say that her modeling, as well as acting career, is flourishing.

Where is Marvin Cortes From ANTM Cycle 20 Now?

The utterly handsome Marvin Cortes came under the spotlight after he finished ‘ANTM’ in the second place. He also garnered much publicity from the on-screen hook-up with his fellow contestant, Renee Bhagwandeen. While the showmance ended soon after, as the chemistry between them fizzled out, Marvin’s career spiraled up. Marvin has worked with world-class brands like Guess, Hugo Boss, Givenchy, Coca-Cola, Sears, and Samsung. 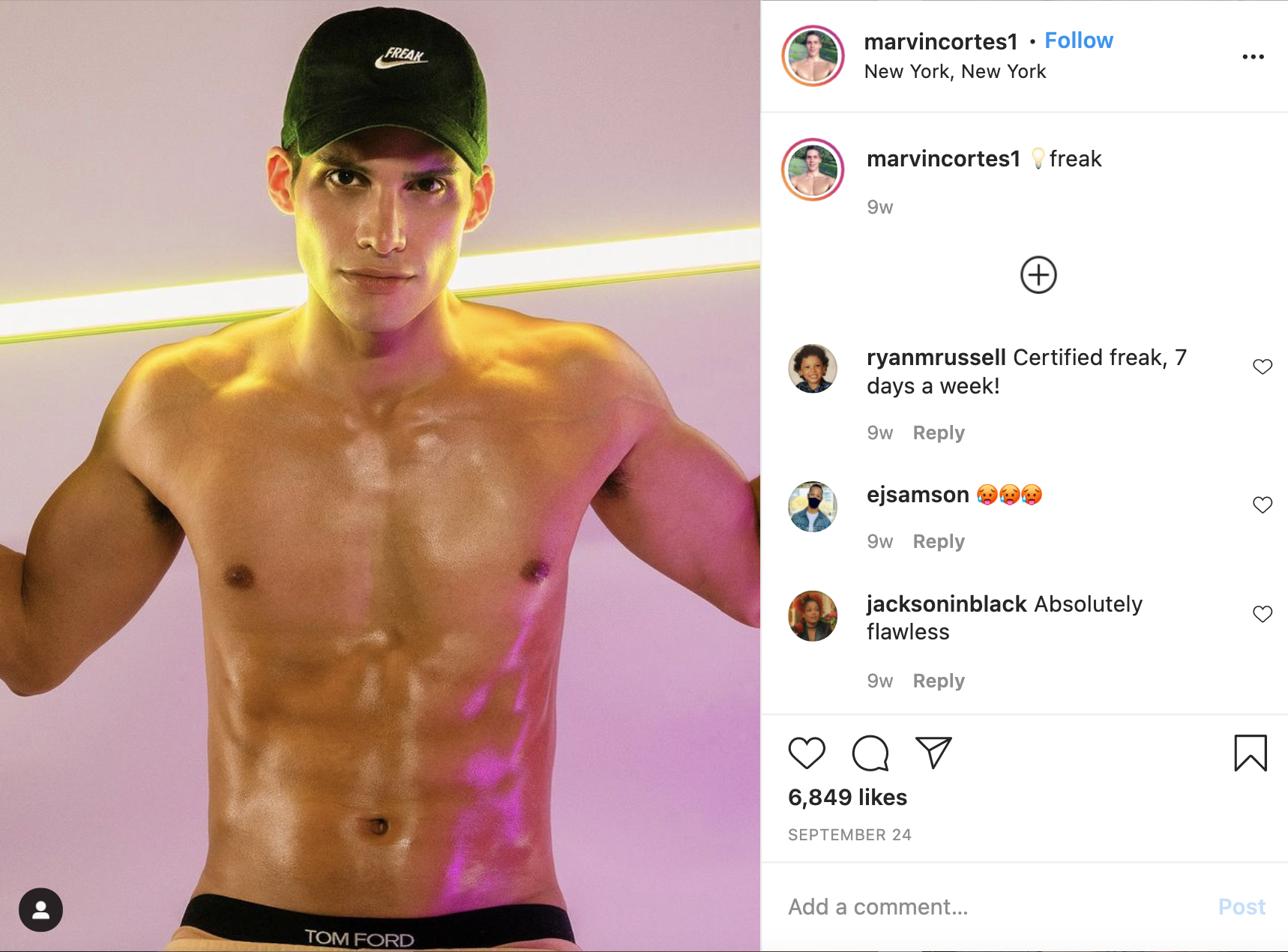 Not stopping at that, the model has turned into an entrepreneur and runs a successful beauty brand named Beauty By Marvin. His company’s motto, “Creating Beauty Products for Influencers,” specified on his social media accounts, seems to be in tune with his own vocation. Currently sharing abodes at Los Angeles and New York City, the Latino model has also authored ‘Don’t Waste Your Looks On Likes.’ Published on February 25, 2019, the book gives his fans a sneak-peak into his experiences in the modeling world and aims to help the up-and-coming models as Marvin parts his valuable advice.

Where is Cory Wade Hindorff From ANTM Cycle 20 Now?

Cory Wade Hindorff proved to be a trailblazer on ‘ANTM 2.0’ as he was the first openly gay male contestant on the show. The Philadelphia, Pennsylvania-native claims to be pronoun indifferent as an active spokesperson for the LGBTQ+ community. Placed third on the show, he has amassed a huge fan following since 2013 and recently got featured on ‘The Nu Authentic,’ a book that curated 100 gender-fluid personalities from across NYC.

Love the skin you’re in, baby! Own it.🖤 pic.twitter.com/VAS2ea4M6I

Cory Wade has gone on from being a model to much more like a musician, actor, songwriter, and activist. Taking Tyra Banks’ advice to heart, he got into events and red carpet hosting. Shortly after wrapping up the American reality series filming, he presented the 2015 Queer Fashion Show. Before and after releasing his debut album via Spotify, ‘UNIFY,’ on August 31, 2017, he has sung several singles like “I’m Sorry,” “Carpe Diem,” “Enchanted,” and “Love This Hurt.”

In 2015, the 30-year-old model became the brand ambassador of Stevie Boi, an American icon famous for designing luxury unisex eye-wear. He has recently featured on the November cover editorial of IMIRAGE magazine, GPhilly, and has partnered with Lanistar. The motivational speaker’s articles have been published on popular online news mediums like Huffington Post, Buzzfeed, and People.

Where is Chris Hernandez From ANTM Cycle 20 Now?

Tyra Banks had recognized Chris Hernandez’s talent early on in the competition. She gave him the “Golden Ticket” that allowed him to automatically reach the semi-finals without fear of elimination. The Yankees fan has gathered a fan following of more than 82,000 since his appearance on ‘ANTM,’ on which he was placed fourth overall. He has been working in partnership with Modell’s Sporting Goods and advertising products like Uncle Bud’s Hemp & CBD, Sperry, and the like. 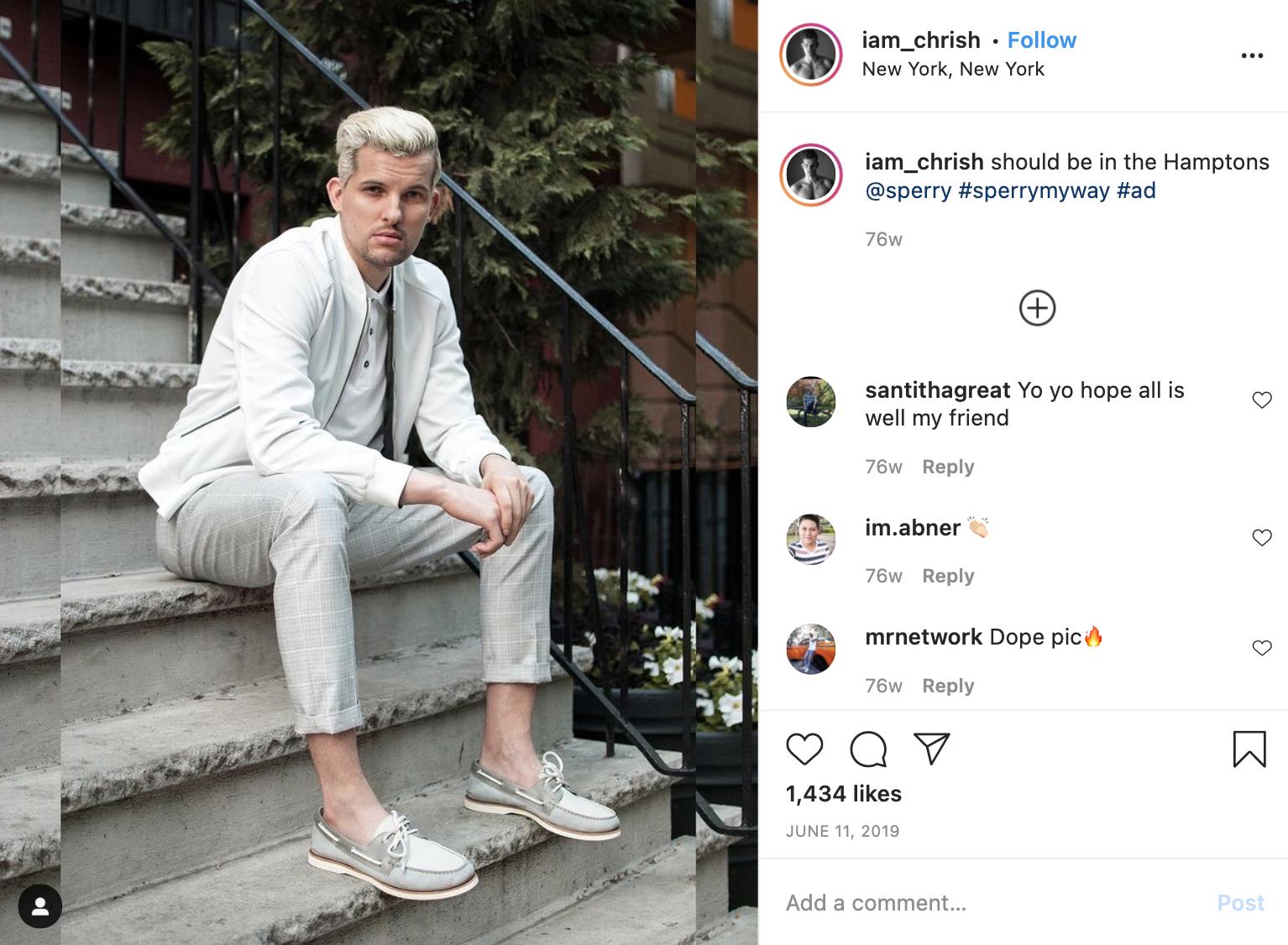